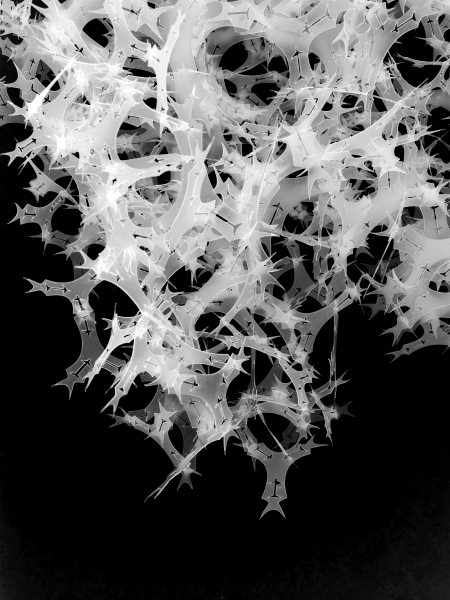 The main primitive is a three way interlocking system that has the option for one of six connection points on another primitive.  Within this primitive there are five scales which display growth and decay.

From the main primitive there are four sub-primitives descending in scale.  They relate to one another through a connected system of parallel operations to produce a cascade of interdependent events.  Due to the parallel operation of these events the individual action of a single primitive diffuses into the whole.  This creates a result where the sum of the whole overwhelms the parts of the whole.  The collective result is not a series of actions, but a multitude of simultaneous action.  The collective pattern is the most important, which is known as the swarm system.

Four distinct characteristics are being distributed throughout the swarm system:

The advantages of a Swarm System contain five variables.  Adaptability – only a whole containing many parts can allow the whole to persist while parts change to fit the new stimuli.  Evolvable – shift locus of adaptation over time from one part to another.  Resilient – built upon multitudes in parallel, there is redundancy, individuals don’t count.  Boundless – positive feedback can lead to increasing order.  Novelty – a swarm creates novelty for three reasons.  a. Sensitive to initial conditions b. Hide countless novel possibilities in the exponential combinations of many interlinked individuals.  c.  Individuals are not recognized, therefore variation and imperfection can be allowed.  Individual variation will lead to novelty.

There are disadvantages of Swarm Systems, yet this system accepts and utilizes them as variable constraints.  Nonoptimal – redundant with no central control.  Noncontrolable – no authority in charge.  Nonpredictable – complexity bends it in unforeseeable ways.  Nonunderstandable – X indirectly causes everything else and everything else causes X.  Nonimmediate – complex hierarchies take time to construct.

The result of the Swarm System shown is a snapshot of a moment in time.  The predictability and outcome is always uncertain.  A swarm configured with these primitives can be dense or it can be spread out over an area.  The assembly is meant to balance some control and some adaptability.  Being able to control the direction as an assembly model of a swarm system contradicts the rules of a true swarm system.

Swarms highlight the complicated side of real things with a departure from the regular.  This result is an attempt to model “the morphology of the amorphous.”  This model is intended to provide a view of a moment in time for a swarm system, for what is normally interpreted to be inherently shapeless. 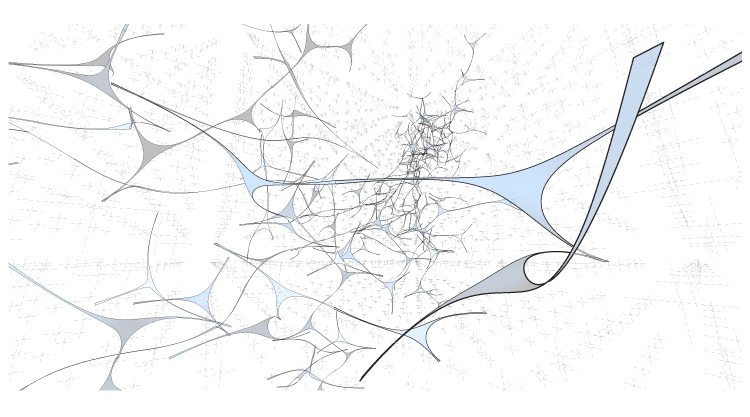 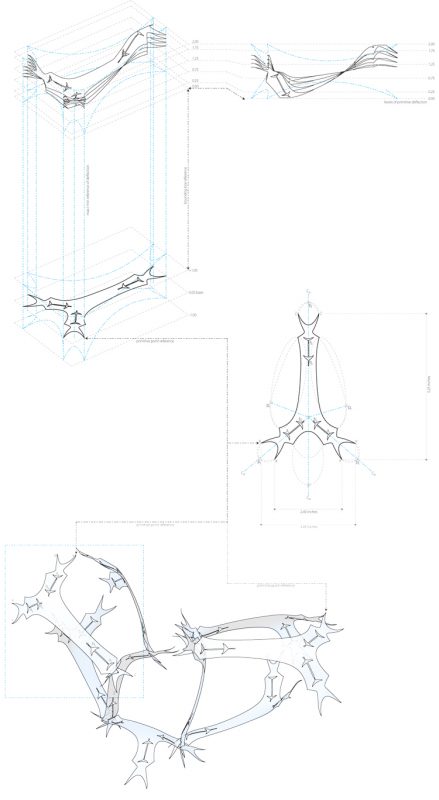 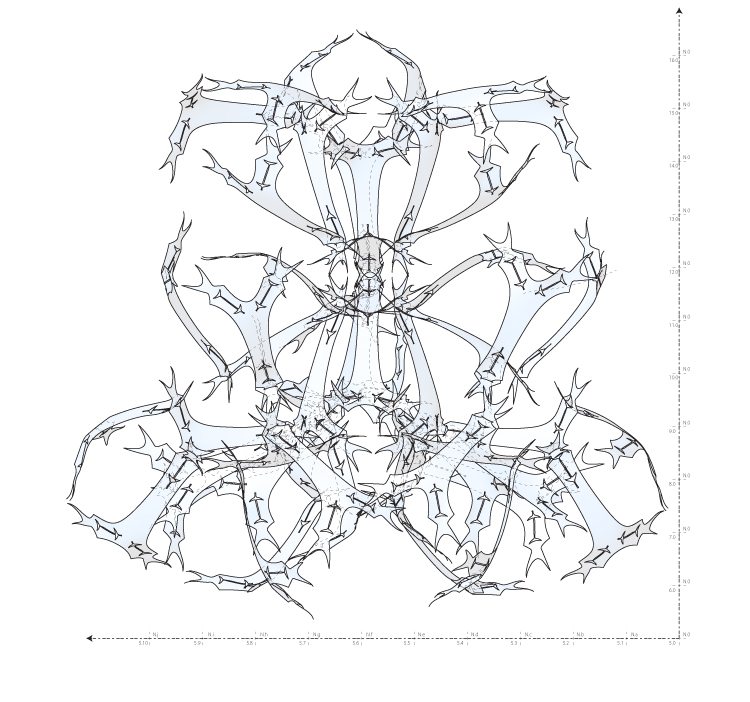 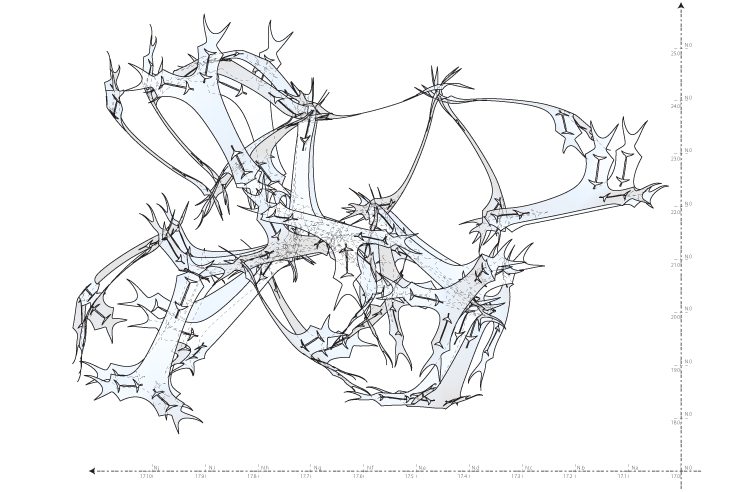 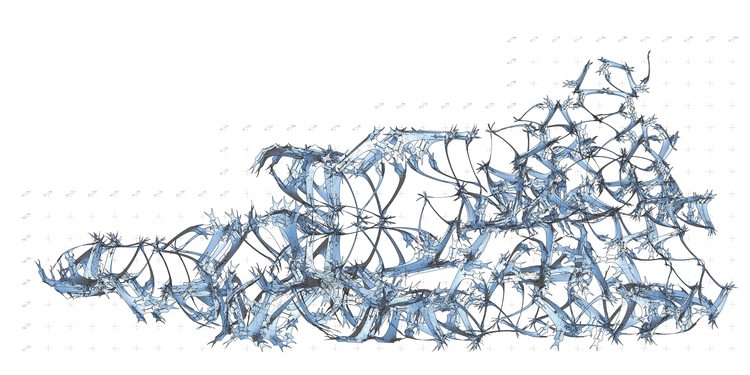 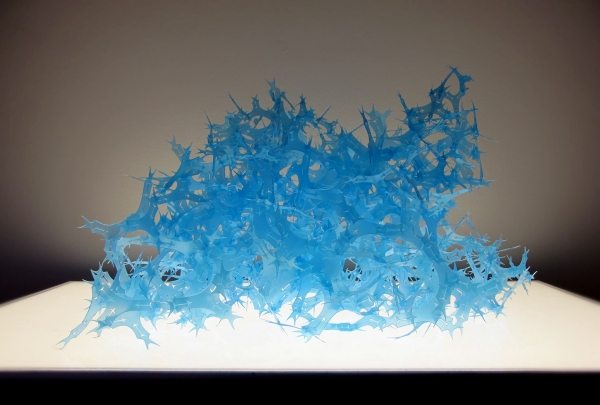 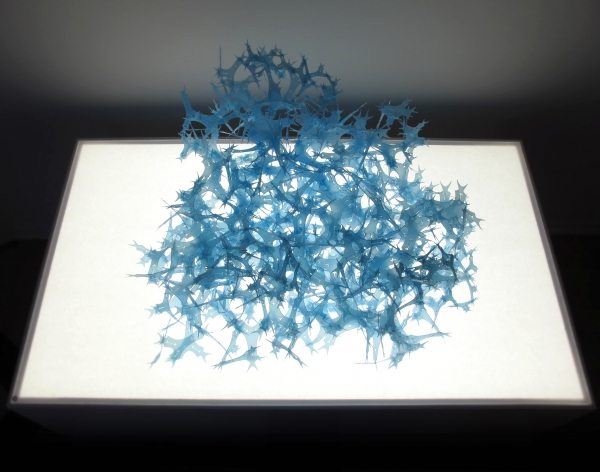 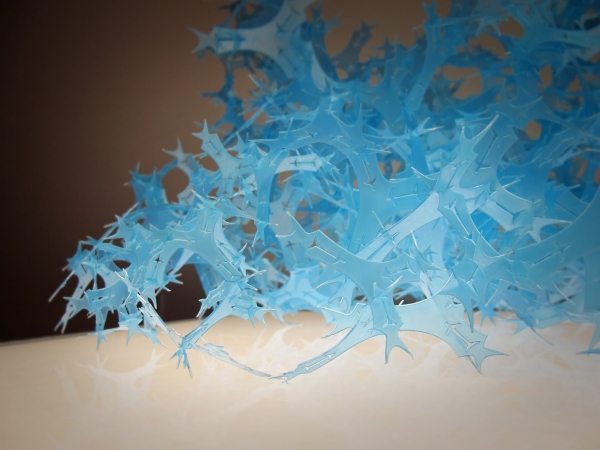