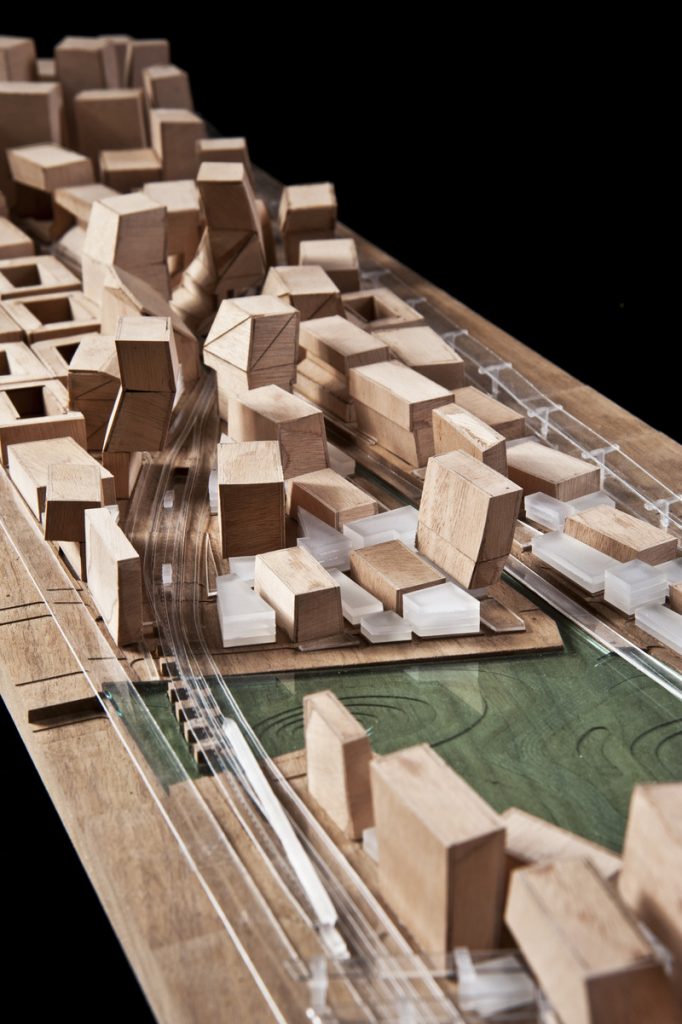 This semester-long project approached design from an urban point of view. After “decoding” the layers that produced a couple of cities (Algiers and Barcelona), we created a set of principles for the creation of a new city.

Inspired by observations of two models of production (Fordism and Post-Fordism), the intent of the encoded city is to combine both approaches and produce an urban fabric which follows three somewhat opposing principles: Diversity, Equality and Locality. Diversity is expressed in a variety of experiential and formal qualities, tied together in an overall rational framework. Equality is achieved through an equal access to goods and services which privileges pedestrian circulation. Equality is not mistaken for sameness. Locality bridges between the other two principles and encourages a sense of community within each part.

The city is produced by a network of overlapped systems (0. Grid, 1. Waterfront, 2. Infrastructure, 3. Urban Mixers, 4. Urban Figures, 5. Urban Voids, 6. Architectural Elements, 7. Public Activities and 8. Growth). The systems mutually influence each other producing a richness of experience. The design is a dynamic model which explores infinite options. 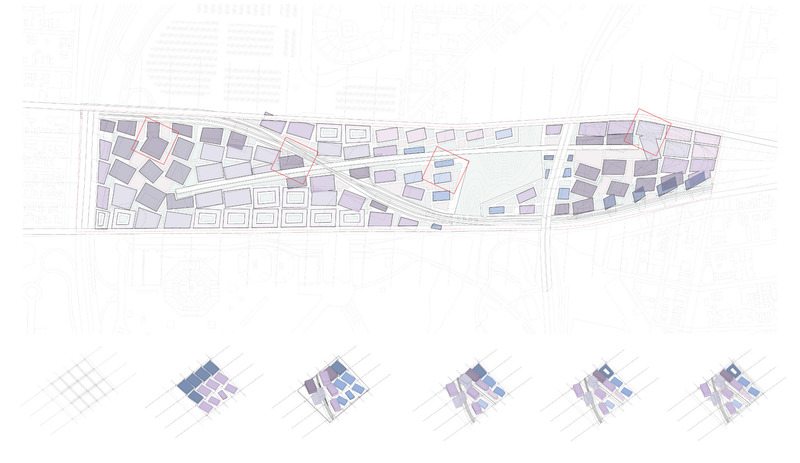 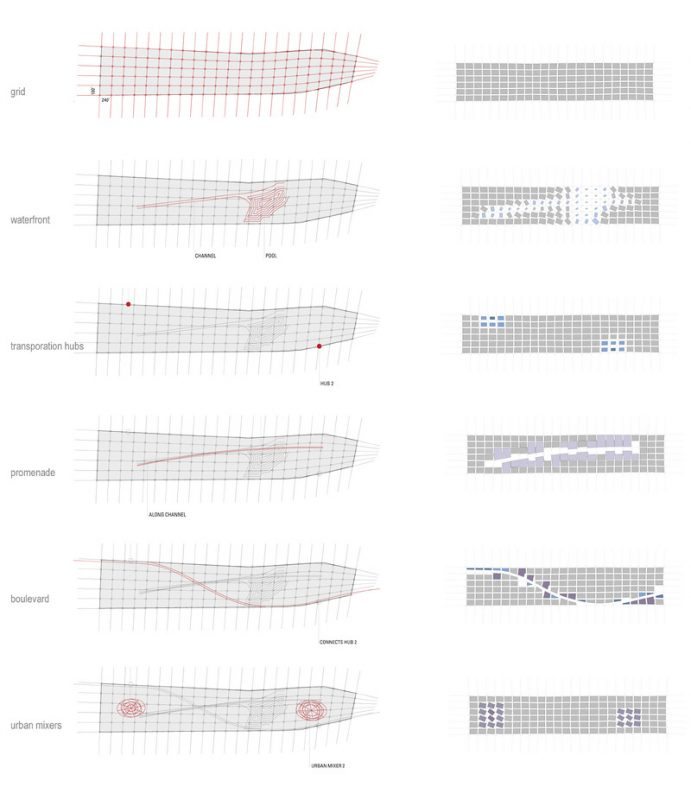 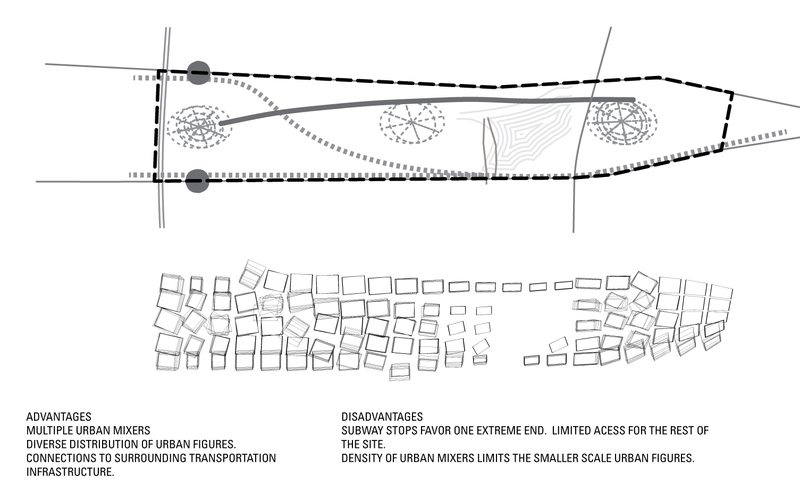 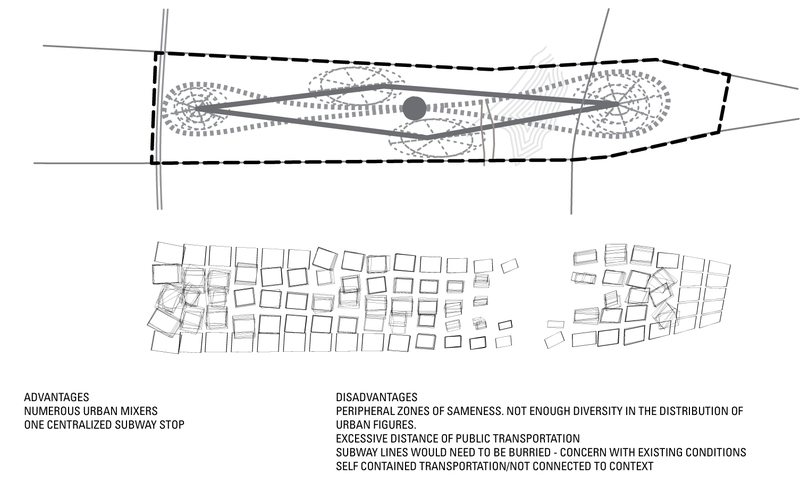 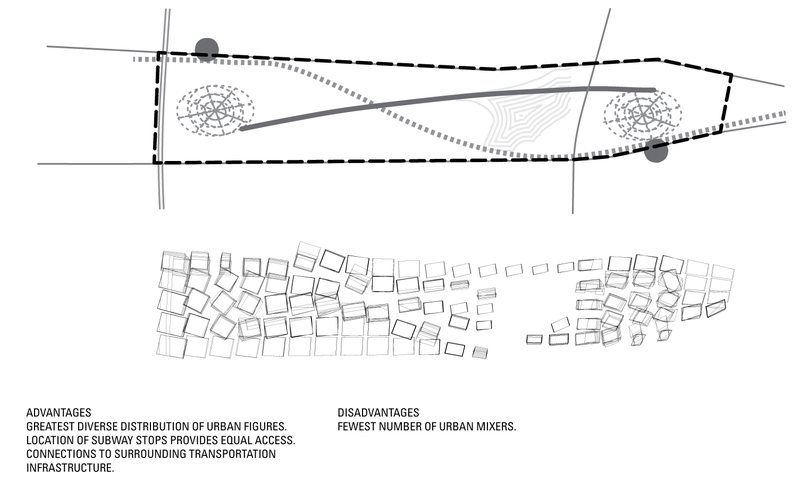 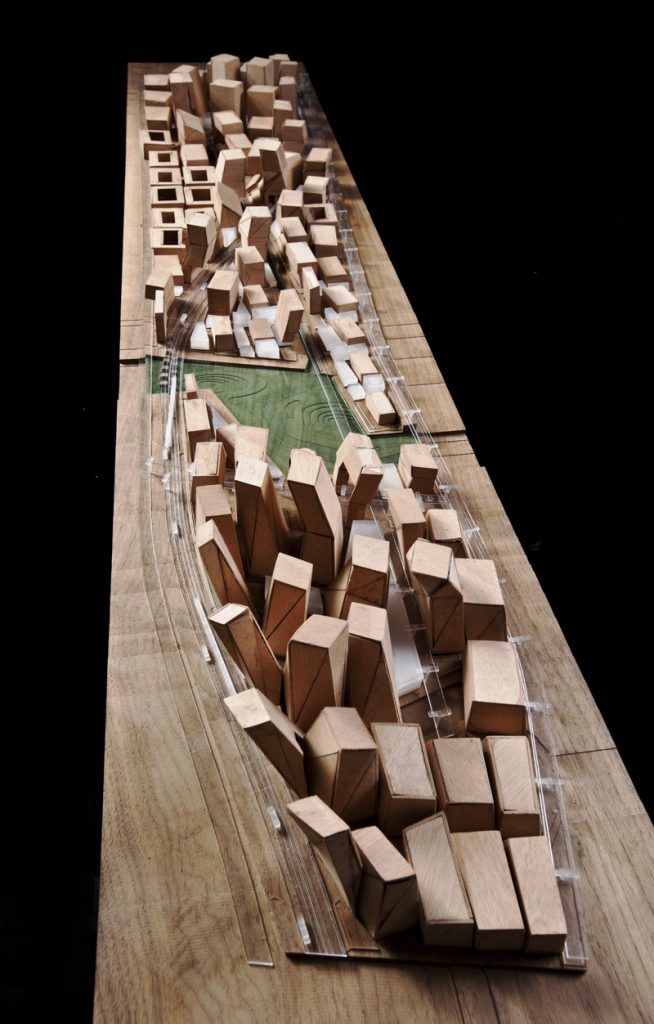 The Olympic Game: a proposal for a hypothetical 20...
UChicago Department of Ecology and Evolution
The Living Edge
New Harmony, Raptures Delight