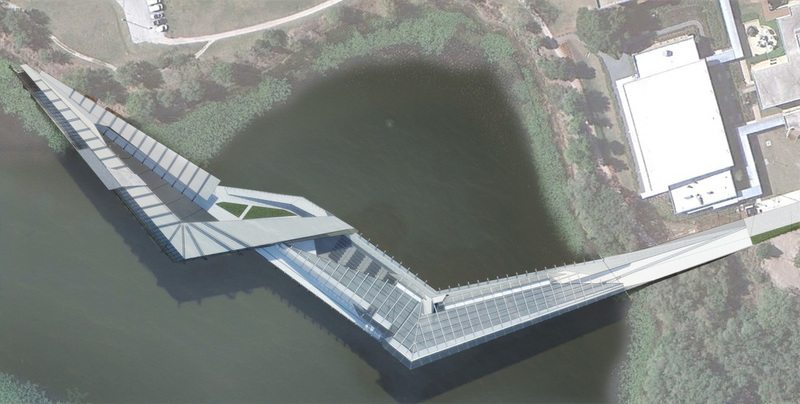 A semester long project, using the principles and fundamental rules of morphology, a new design system and process was created. Morphology is simply the study of the form of an element, object, organism, etc. using a specific set of rules a fundamental sources is to be found which governs the overall object being analyzed. A four phase process, the first phase was used to gain an in-depth understanding of how the structure of a Santiago Calatrava structure works and how it was built. Through a series of precision reconstruction models of the architects’ Lyon Satolas station in Lyon, France, the methods and techniques used by the designer were explored and investigated.

Phase 3, once the morphological source is found, new possible design are created utilizing the language  derived from such source. Using a series of step by step processes, the new designs created reflect a combination of form, function, and structural behavior. Two designs were designated for the design process that would become part of the structural system of the building.

The last phase is the design. Using the fundamentals learned throughout the process, the last task was to create and original design fusing the previous phases. The structural members were derived from the use of symmetrical methods, variation of translation and scale. The idea of a pavilion arose from the need of an exhibition space strictly of use by the art and architecture department at Valencia College. Situated along the shores of Lake Pamela, the pavilion was a result of a collaboration effort. The site was strategically located in the east side of campus, an area that is rarely used by students due to the lack of walkways and points of interest. The pavilion not only served as a place of exhibit and performance but is consequently became a connecting bridge between two sides of campus. 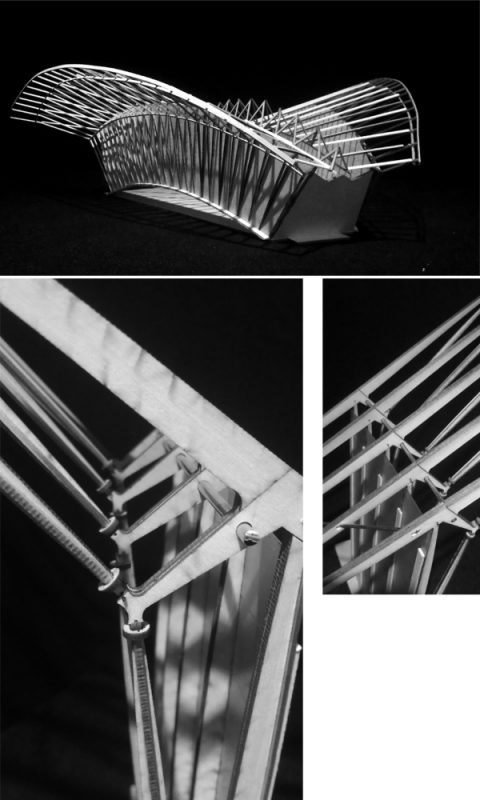 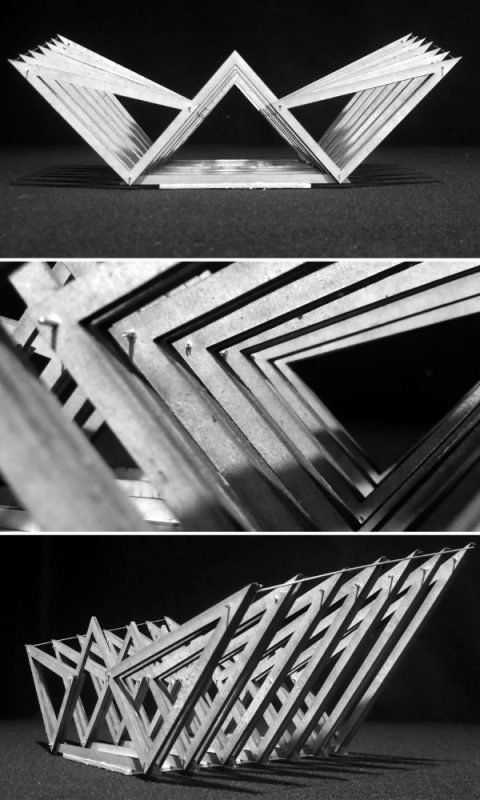 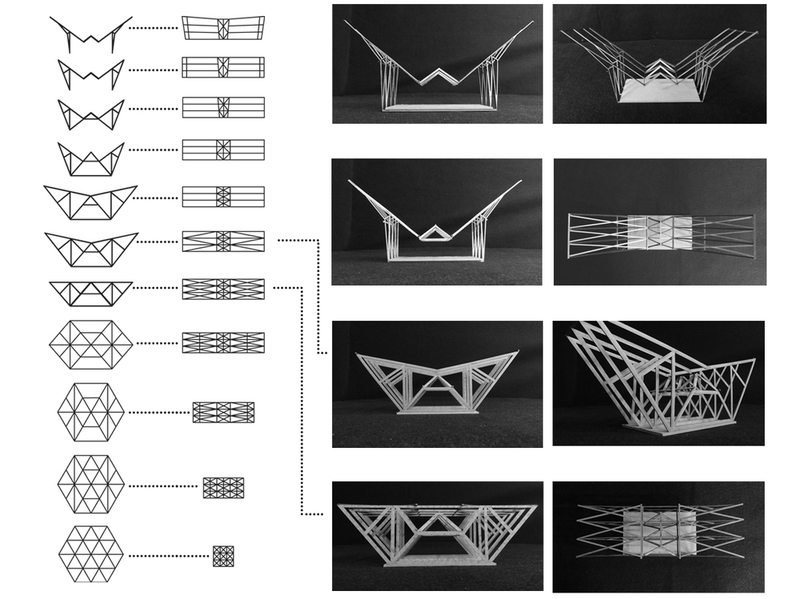 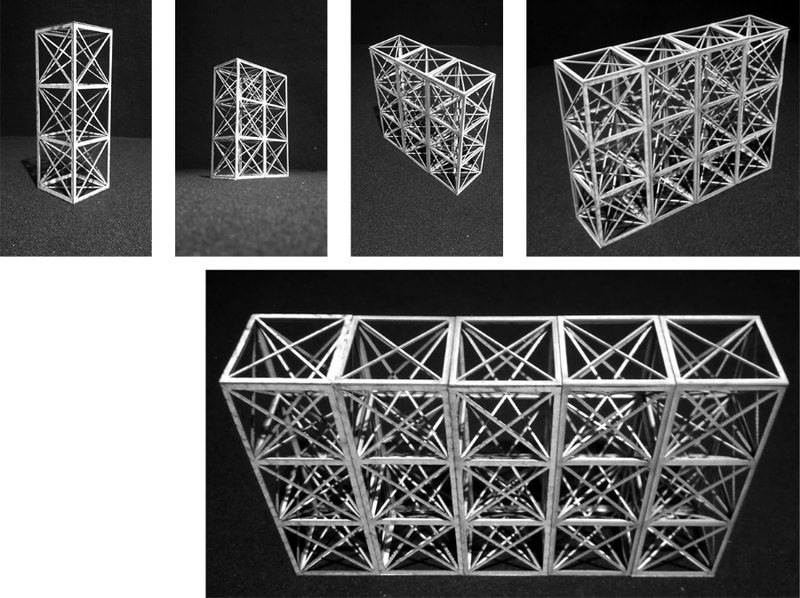 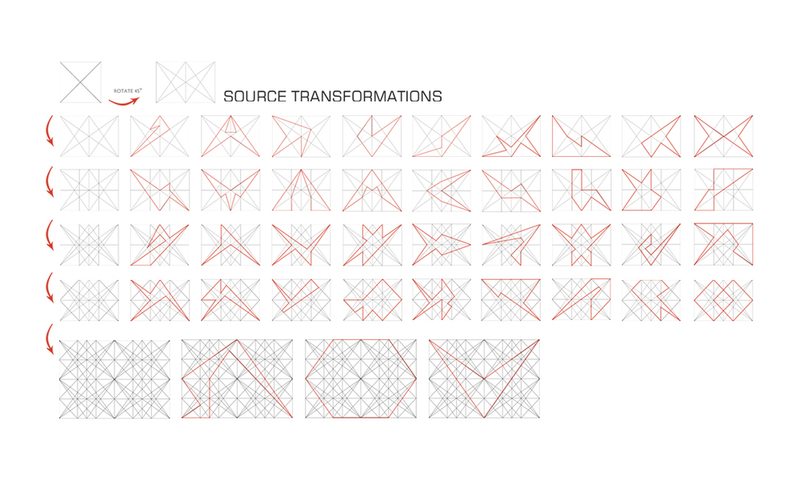 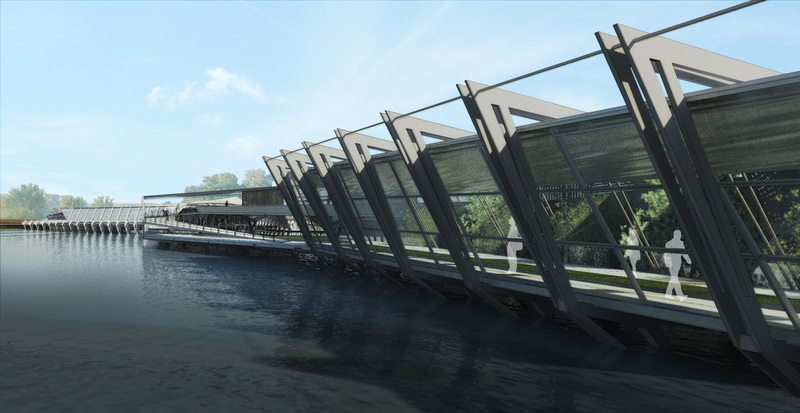 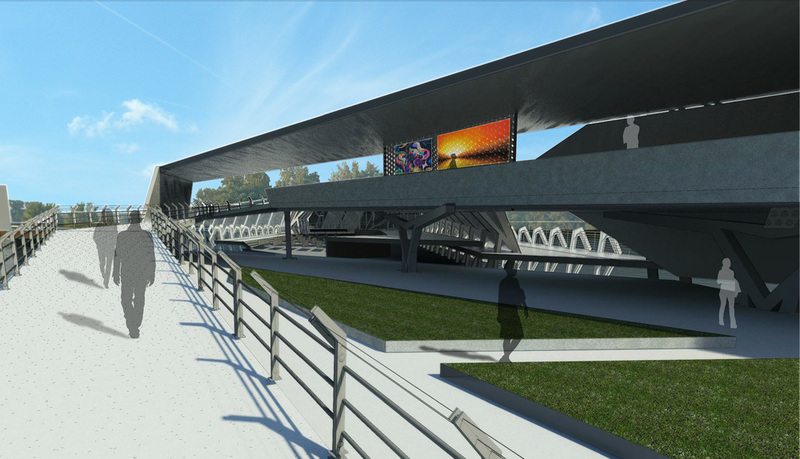 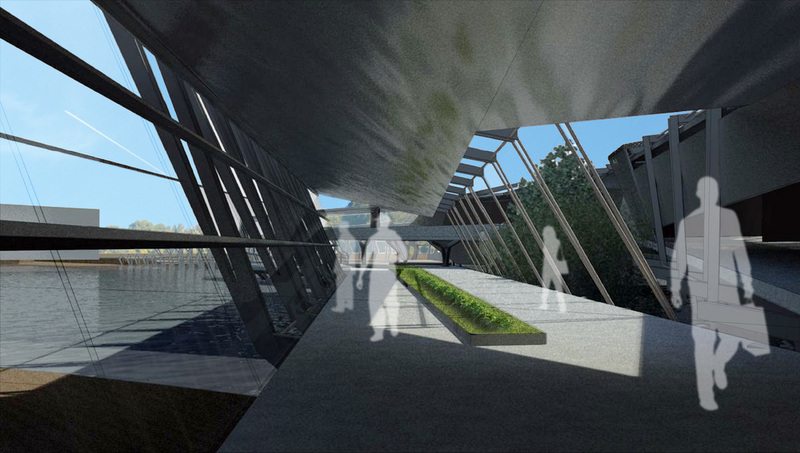