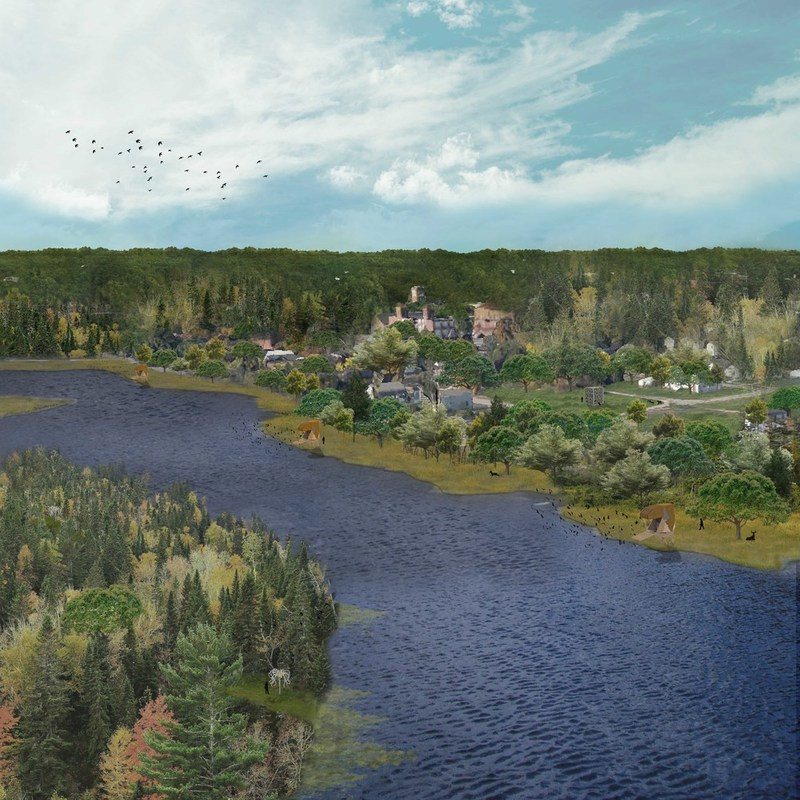 Titled Animals Gone Wild, the premise of the project began with the idea of the house as a forest, more specifically the forest that architect Sou Fujimoto describes “It is a really fundamental question how architecture is different from nature, or how architecture could be part of nature, or how they could be merged, or what are the boundaries between nature and artificial things.” The site for the project is Highland Park a once thriving town due to Ford and Chrysler moving there is now in rapid decay. The infrastructure has been affected so much that it has given way for many to move out as nature has begun to takeover and reclaim the space. As people move away, it is the local flora and fauna that have made their way into the city, back to nature; not only living in an urban and artificial environment, but adapting themselves to live amongst people. Once middle class houses are now just ruins that the animals are beginning to use as dwelling spaces. In most cases the houses are still occupied by people, so how to mitigate that coexistence was the main driving force behind the project.

Placing the project a few decades into the future allowed for some speculation regarding the conditions of Highland Park in said time. Imagining that there would be so much natural wildlife that the entirety of the town became a natural reserve gave way for the design of small units that would either serve as housing for animals and or people. The six most predominant species found in the Highland Park area, were used as inspiration for these units that would function as research pods where environmentalists and scientists could potentially study and try to understand the domestication of said wild animals. 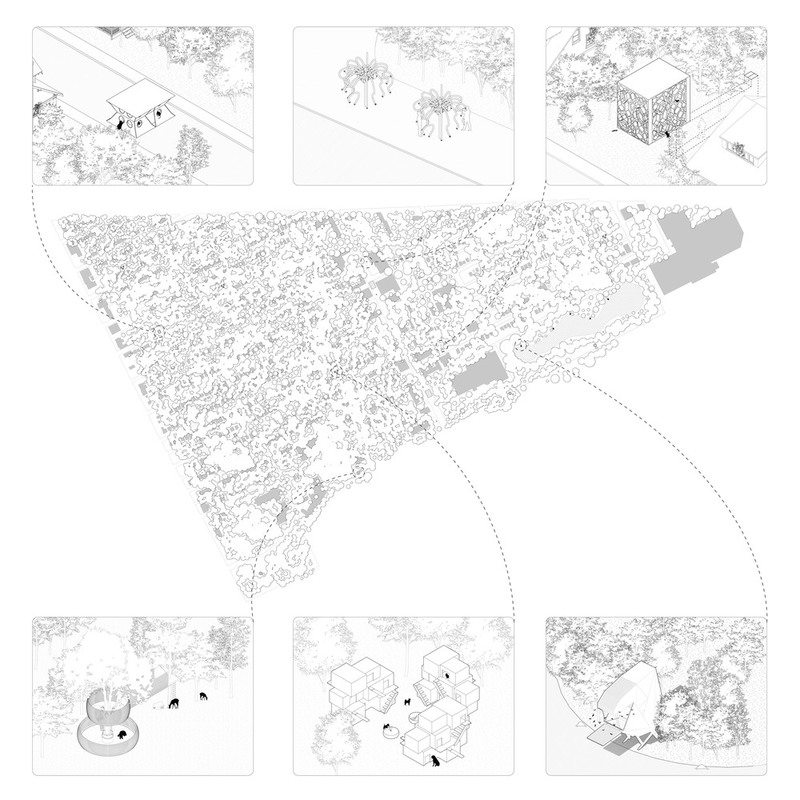 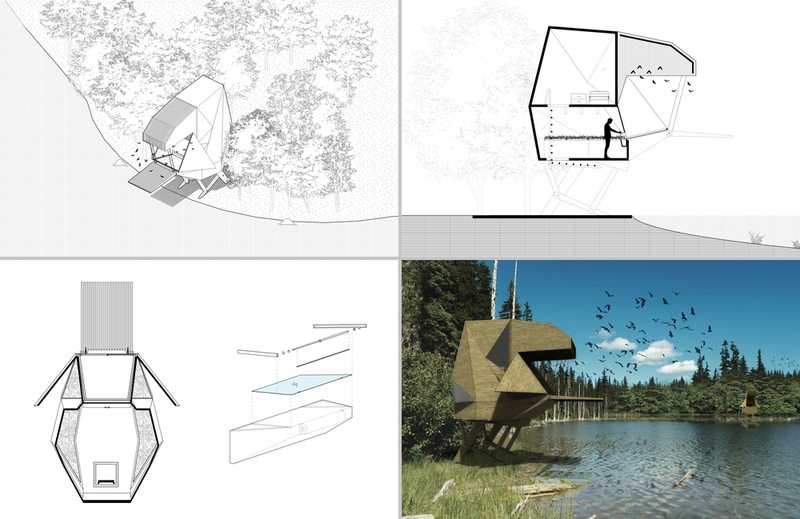 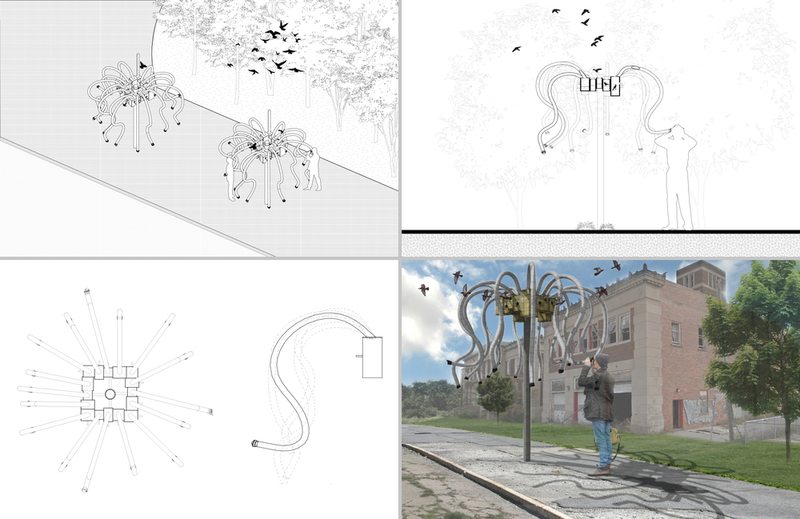 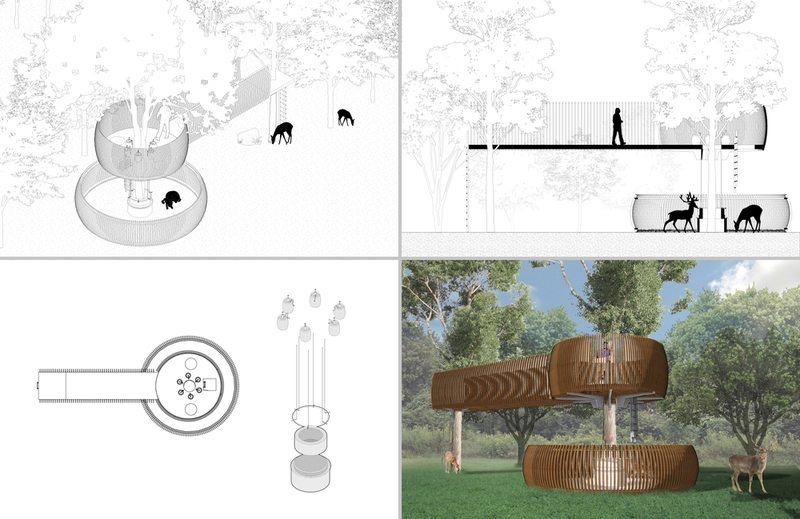 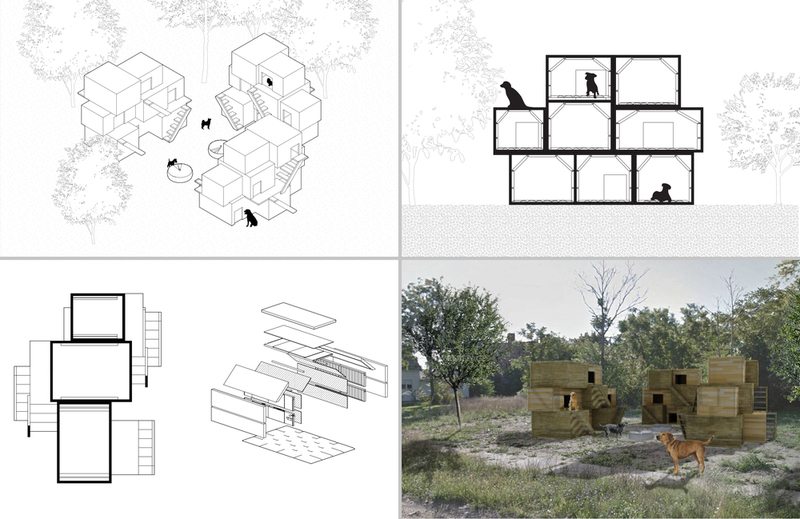 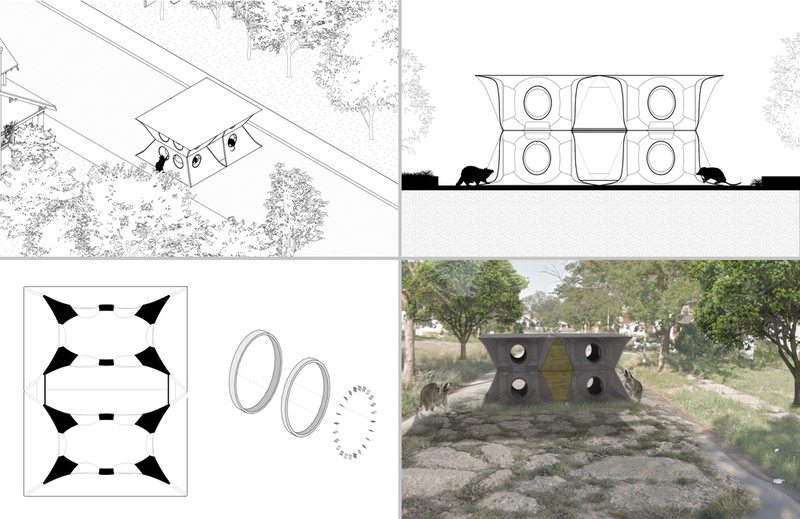 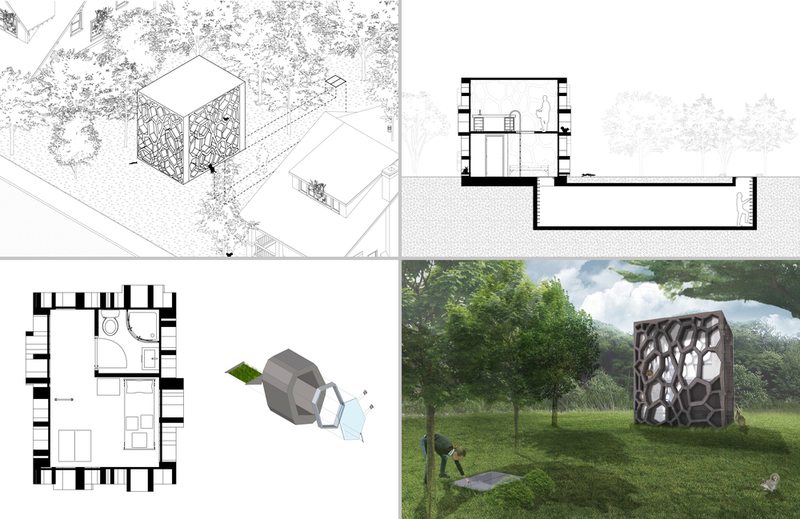