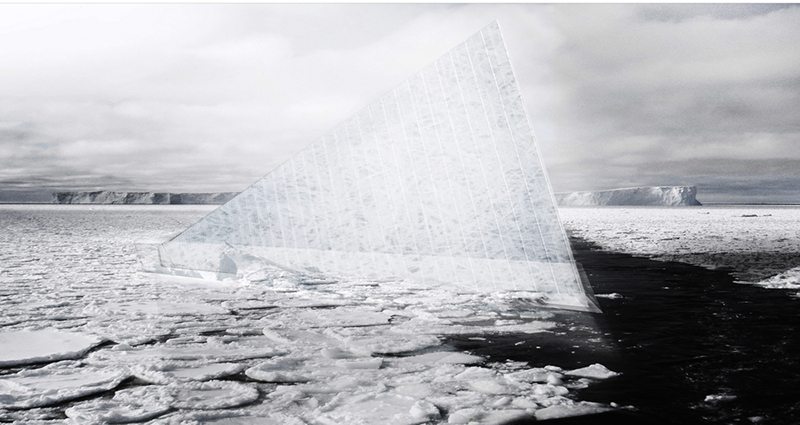 “After the race to South Pole had ended in December of 1911, Henry Shackleton, a polar explorer from Britain, had embarked on a voyage that would cross the continent of Antarctica from sea to sea. To this end he made preparations for what became the Imperial Trans-Antarctic Expedition, 1914–17. Disaster struck this expedition when its ship, Endurance, became trapped in pack ice and was slowly crushed before the shore parties could be landed. There followed a sequence of exploits, and an ultimate escape with no loss of human life.”

As we reflect on Shackleton’s heroic journey, and the transforming landscape of Antarctica, we seek to engage the role of a border crossing station as a point enabling contact amongst people + place. However, the lines of the map are not drawn as stiff here, as there are several territorial claims on the continent. In close proximity to where Shackleton’s vessel was beset is the intersection of disputed territorial claims recognized by the UK, Chile, and Argentina with access to research stations nearby, becoming ever more prominent as the impacts of global warming grow more pressing. This is the context in which we have decided to work, in-between water + ice, light + dark, and bound by Place and Time.

The Antarctic Border-Crossing Station seeks to assert itself as a point enabling contact amongst people and place. Situated at the intersection of territorial claims recognized by the UK, Chile, and Argentina, the buoyant structure is equipped with inspection facilities, an expansive customs hall, along with research facilities that promote tourism and climatic/ wildlife investigations in a place bound by transforming political and Antarctic landscapes. 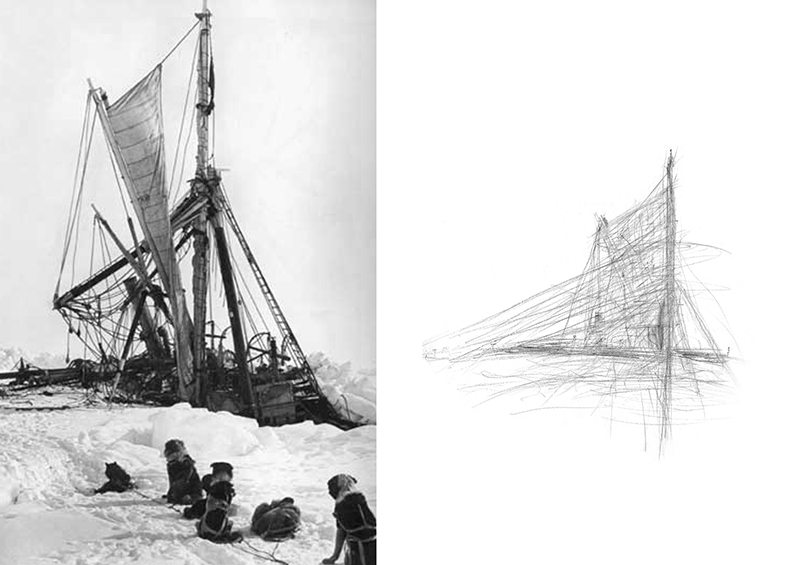 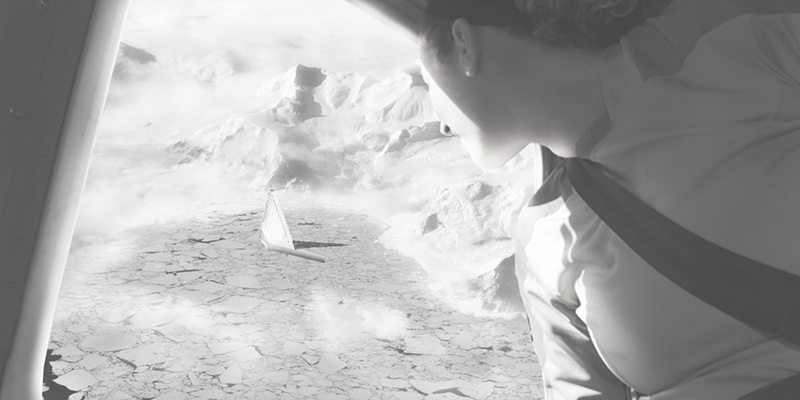 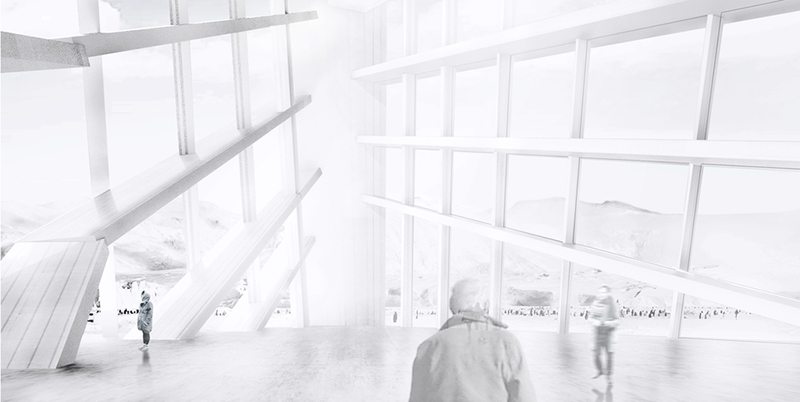 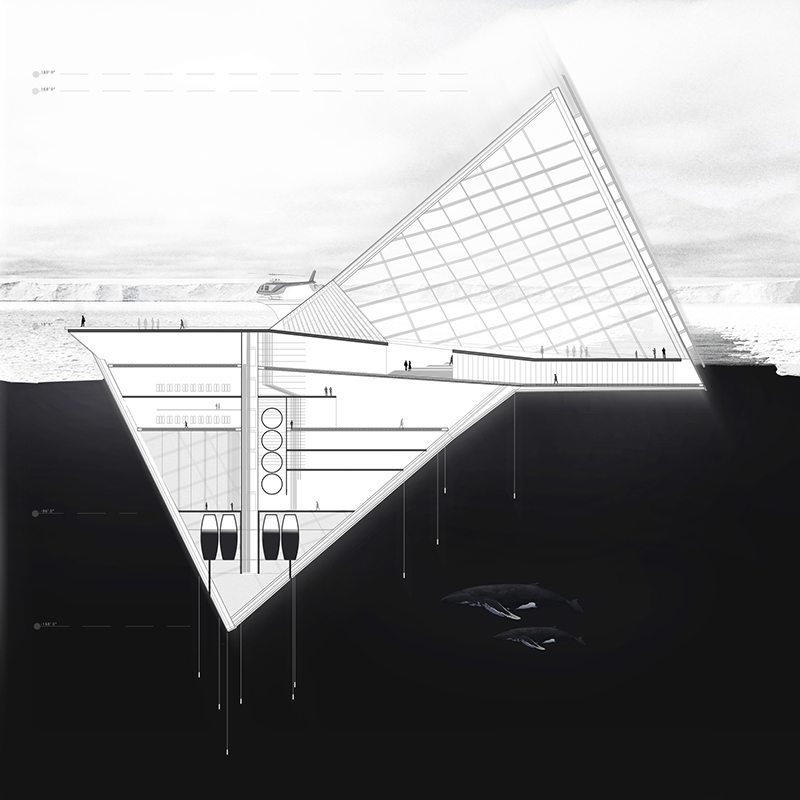