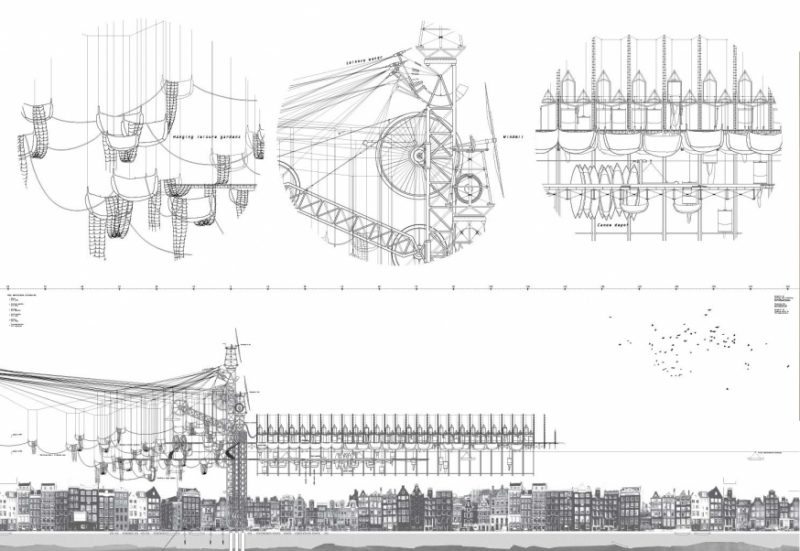 Inspired by Amsterdams historical growth, where water has been covered up to fit more buildings, the new mega structure roots itself in the canals as it is hoisted up. Where ever it connects vertically an island appears in the artificial urban archipelago.
The islands reaches out with its bridges and sends away its boats who weaves the grid together.

This project is escaping reality’s constraints and every-day conventions, looking at the built object as a conglomeration of metaphors, discussing the representation of the abstract with technical line drawing as the primary tool. This type of tool for representation creates a challenging paradox, where the more suggestive render or collage would have been convention.
A mechanical system is occupying the airspace over Amsterdam, questioning the built structures traditional relationship to the ground. From up there, one can observe the everlasting spectacle in the picturesque coulisse-city, which lies down there as a commercially polluted cultural relic.
The new structure becomes an obvious part of the city but it requires a certain kind of independence since it takes a step away from much of what is Amsterdam today. A virtual border between the cities is set. New Amsterdam is popping up like islands out of the many canals that slice through the old city. This border is giving the mega-structure a symbolic autonomy.
Visiting New Amsterdam you follow the canals until you find one of the many turquoise canoes, moored at the new berths. Paddling in under the structure it hoists you and the canoe 30 feet straight up, before leveling out at New Amsterdam’s food market. Continuing to the next level you find some 50 houses with associated allotments and a terraced public space where plants in trellises are dancing in an undulating choreography adjacent to the platforms.

The entire large, hanging ceiling that encapsulates the first floor marketplace is created by agriculture at the level above. Compressed between two parallel streets big bags are filled with soil and crops. On the outside of these streets residential buildings are clinging. The strong maritime culture in old Amsterdam has inspired to these new homes with features and characteristics of boats. The dwellings are generally tightly moored along the new streets, but when the new locals need more privacy or a daily variation they un-moor and let their house slide out over the old city.
Housing units in New Amsterdam are not pre-designed, but are here represented as an empty frame, where the content will change as new needs or desires are created, according to the metabolist movement’s strategies. The new locals build their home within this frame, creating an endless variety of expression.
The frame has no predetermined internal functions but it has several external features and transformative functions: Screens and surfaces can be unfolded, parts of the frame can be detached thus create boundaries or connections (virtual as well as physical) to the old (and new) Amsterdam. For example there are possibilities to connect two or more frames and share facilities, as well as to shield off with physical barriers. Any of these positions are reversible and continuous transformation encouraged. 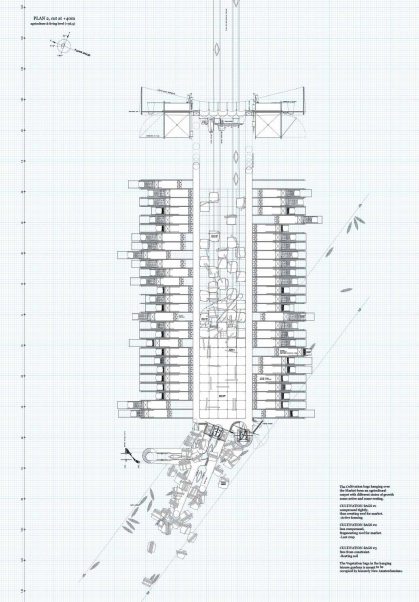 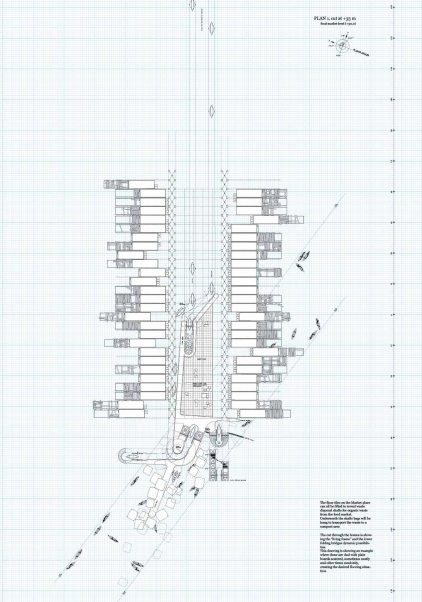 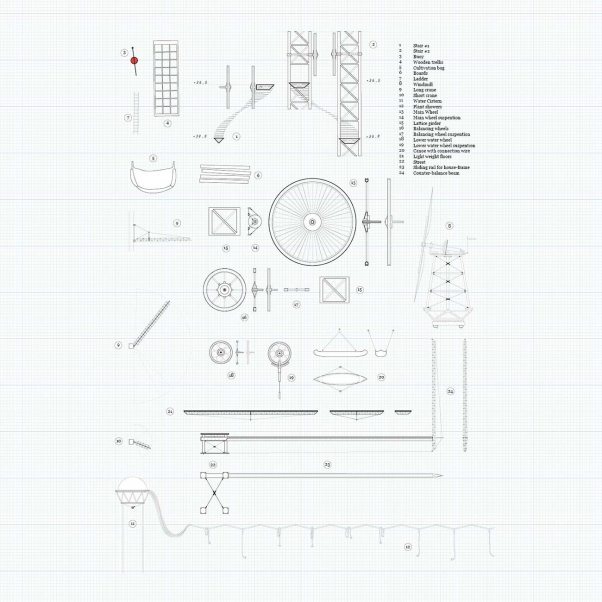 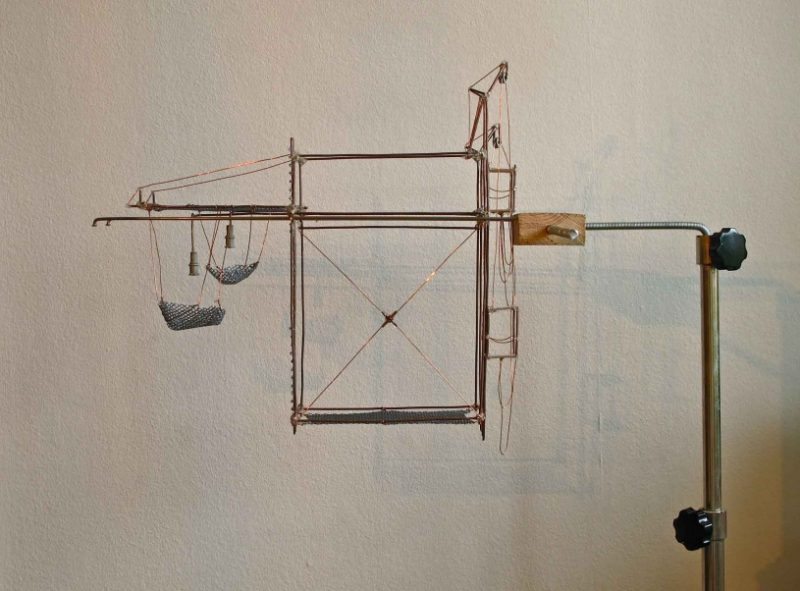 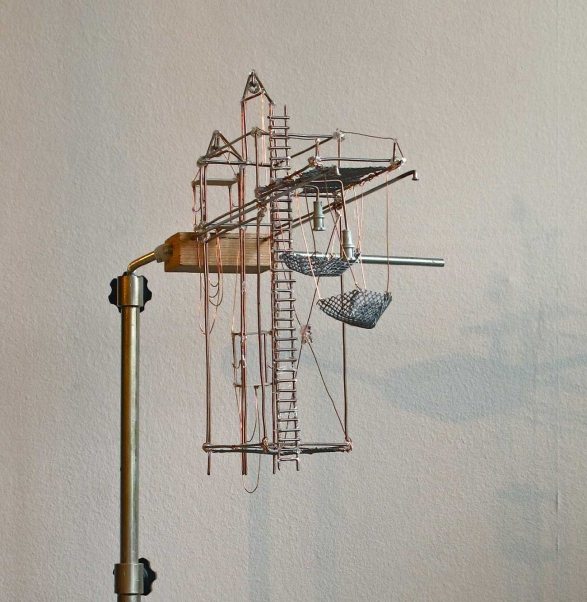 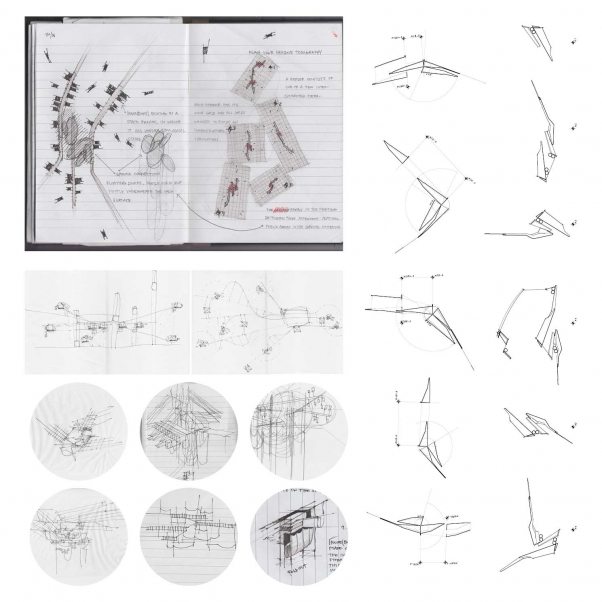 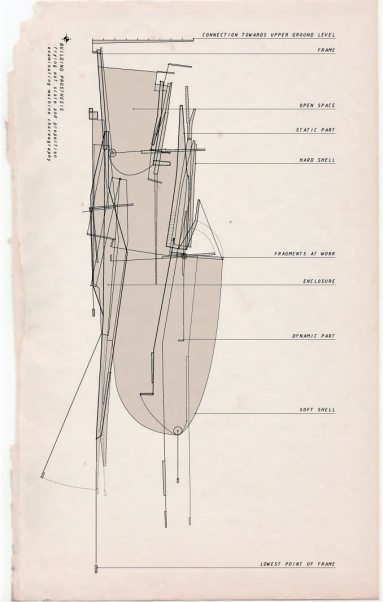