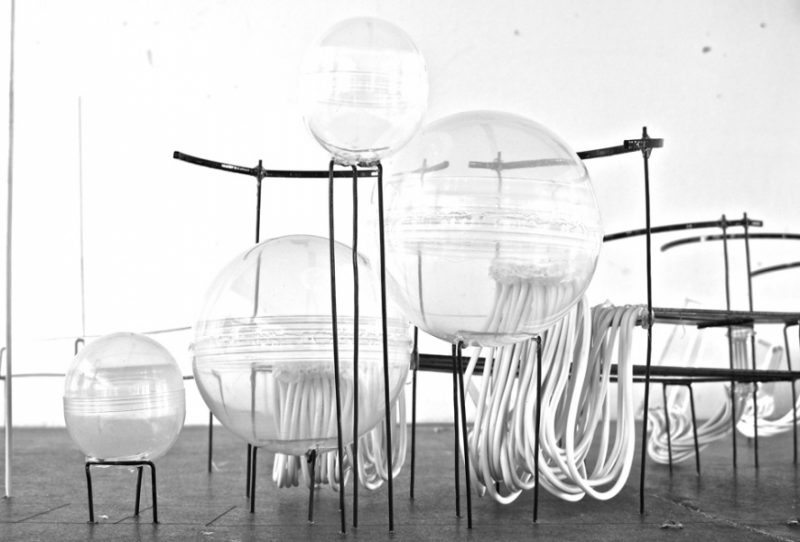 When looking into municipal action regarding improvement of inner city air, one can’t really find any hands-on solutions. The proposed suggestions lies in raised taxes, better public transportation, efforts in purifying fuels, and so on. Of course all of these things are great, but I think awareness needs to be raised in a more direct way.
I have created a scheme that will affect both the public and the environment. I would like to call it an attractor, a node that pronounces itself through phenomenological impression with the public, in a way that everybody will be touched, attracted or maybe disgusted by.

All of a sudden there is a glow between the trees, she speeds up her steps on her evening walk along the canal of the old central town in Malmö. Even though the traffic is a lot less heavy on the Amirals Bridge on Sundays, there is a lot of movement ahead. People are gathering up. She sees them carefully touching the glowing sails as they twist in a smooth choreography. She gets a sense of that these surrealist trees are dancing to please their spectators.
As she makes her way into the artificial woodland she hears people in the crowd whispering to each other. She hears someone asking what this “machine” is, and another; what it does. Some are amazed and some confused.

The spaces in-between the sails are slowly and constantly changing as she stands there for a minute trying to understand the friendly alien that is occupying her park.

She approaches one of the sails, looks through the transparent acrylic facets, into the turbid, green liquid being tossed around by a constant flow of air bubbles in a beautiful twirling manner. She gives the semi-opaque panel a gentle push and it softly slides away. Looking up, at about ten meters height, there is an arch-shaped structure sliding circumferentially, in response to her push, in which the top of the sail is suspended by a steel wire.

Underneath the arches there are groups of translucent pipes crisscrossing in different layers, tying each sail to a bunch of big, elevated spheres clustering over by the parking. Intrigued by the spheres she starts walking under the glowing ceiling. Closing in, the sound of running water gradually increases, this sound are backed up by various types of mechanical, buzzing and humming noises, it somehow reminds her of the familiar sounds in the laundry machine at home.

A few meters away a group of kids has stacked their bikes in a pile and are competing about who dares to climb to the top of the spheres.

The cluster of tubes, hanging out through the dense grid of valves on the side of the spheres, are rocking and vibrating, only a few inches above ground. She grabs one of the tubes, feeling the flow within it. It is not much thicker than an arm, she thinks.

Her eyes start to wander along the tubes and pipes as she unconsciously is trying to get a perception of the infrastructural organization and circulation of the system. There are two unlit pipes up there, running down to the canal and out into the water. She can see some kind of water pump working out there, but it is a bit too far to fully percept in the October dusk.

Continuing her walk through the hi-tech pavilion that inhabits the public space, she sees six high poles neatly distributed over the pedestrian refuge in the big road leading over the Amirals Bridge. On the top of each pole there are some type of machine. She overhears a conversation by a man who is pointing up, towards the machines, telling his friend that, what he refers to as “the vacuum cleaners” are sucking in contaminated air and then filtrating it through the sails, which he refers to as “the algae tanks”. The man tells his friend to come back in the daytime when all the sails follow the movement of the sun in a synchronized choreography.
So it’s algae she thinks, she has heard about algae air purification systems but never before seen one.

As she crosses the street, she takes a few seconds pause at the pedestrian refuge, looking straight up at one of the dining table-sized suction filters shifting sides. Walking on she is looking back over her shoulder, studying the installation from far, as its emerald green glow blends together with the orange leaves of its neighbors. 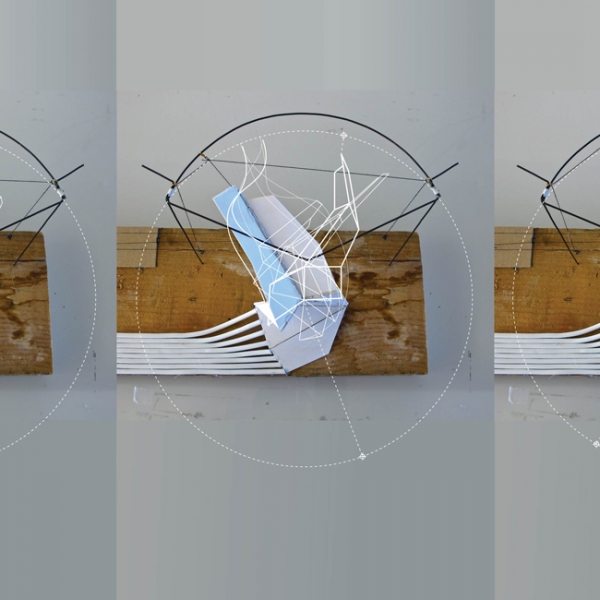 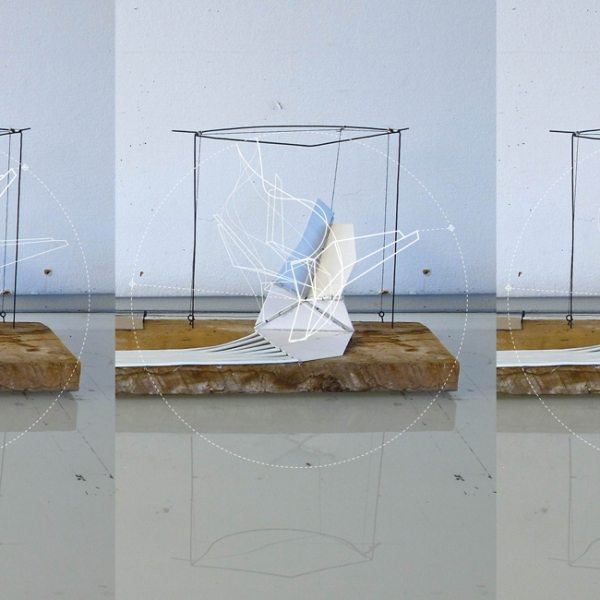 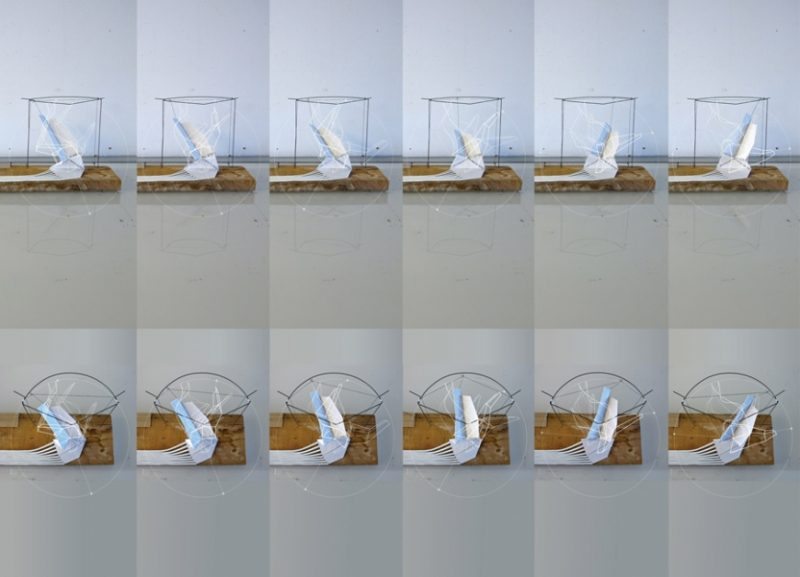 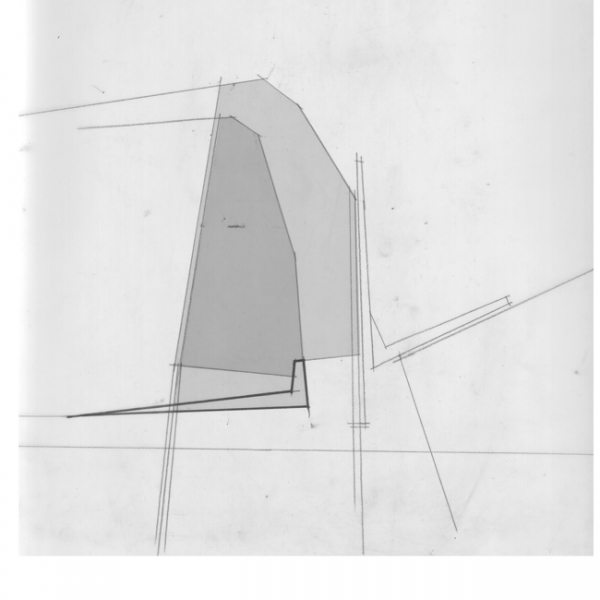 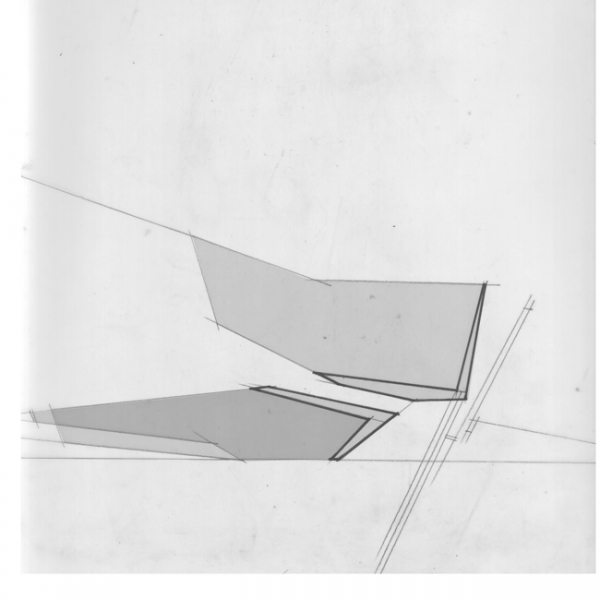 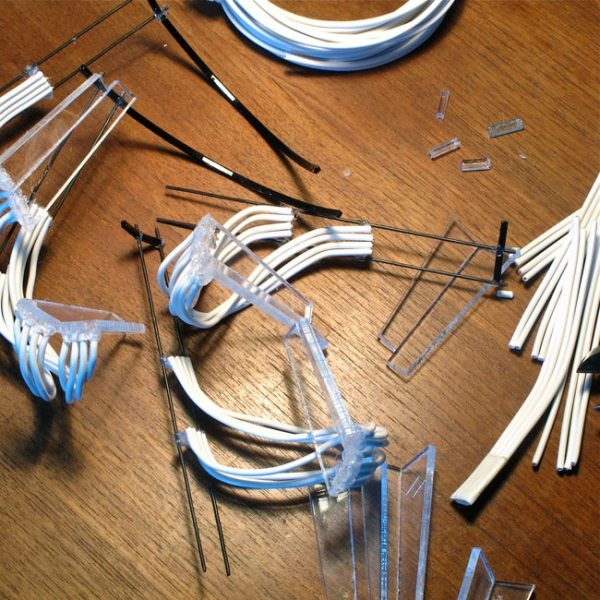 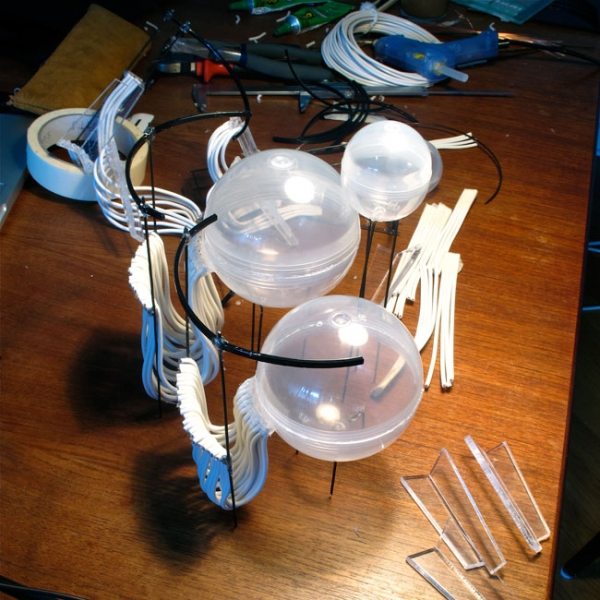 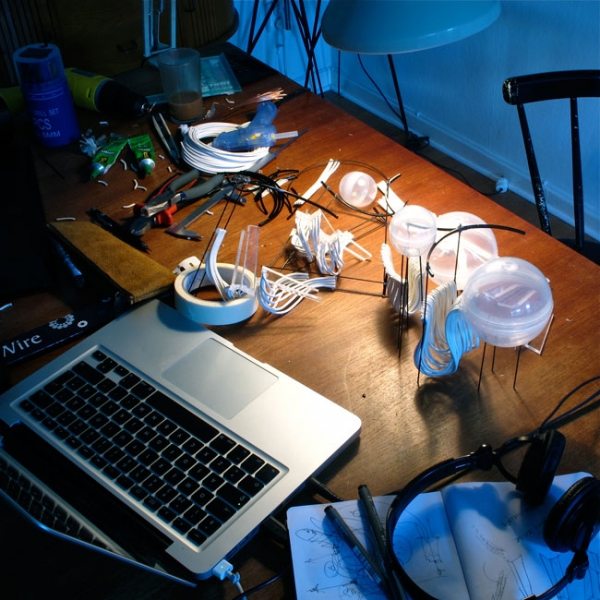 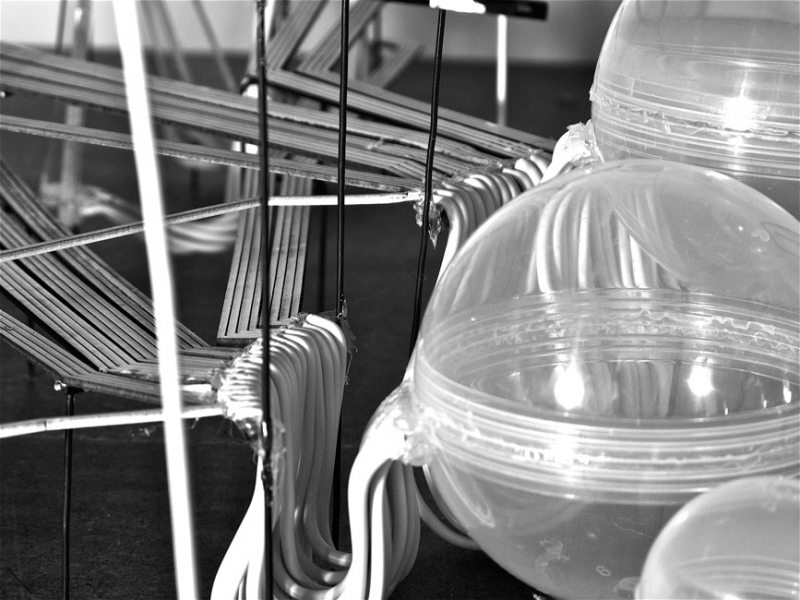 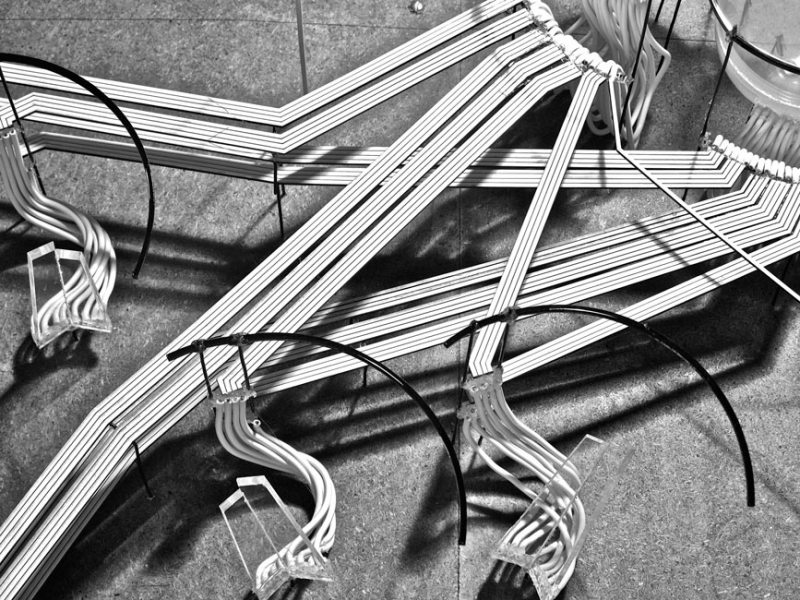 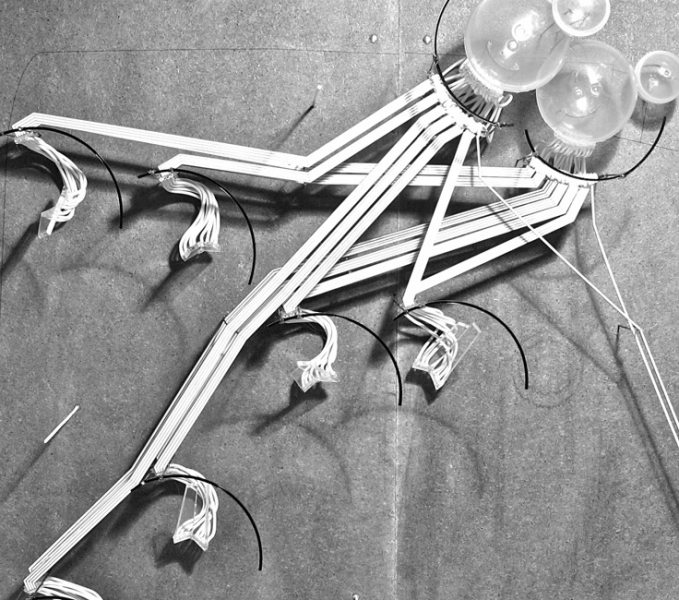 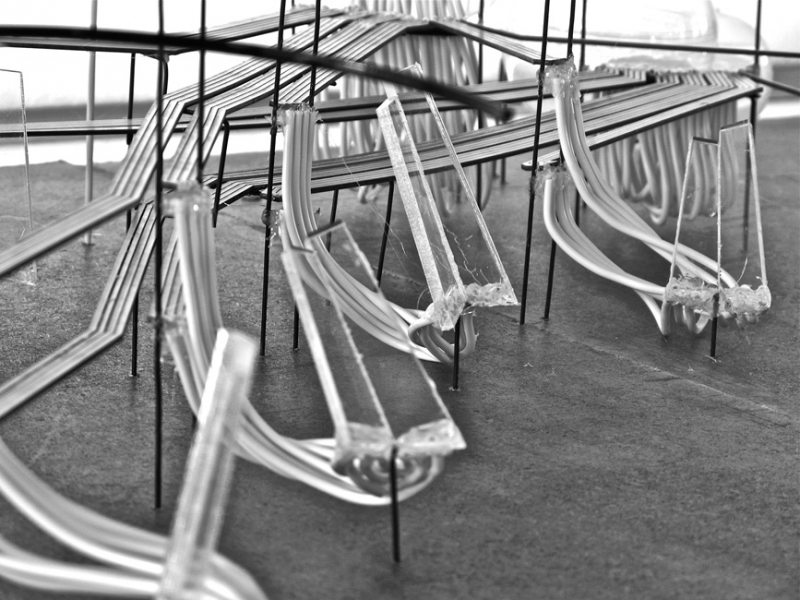 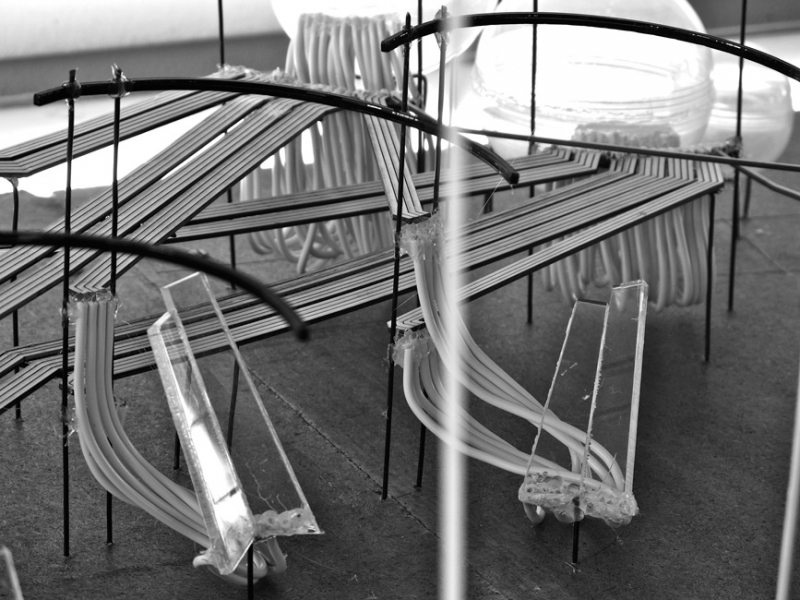 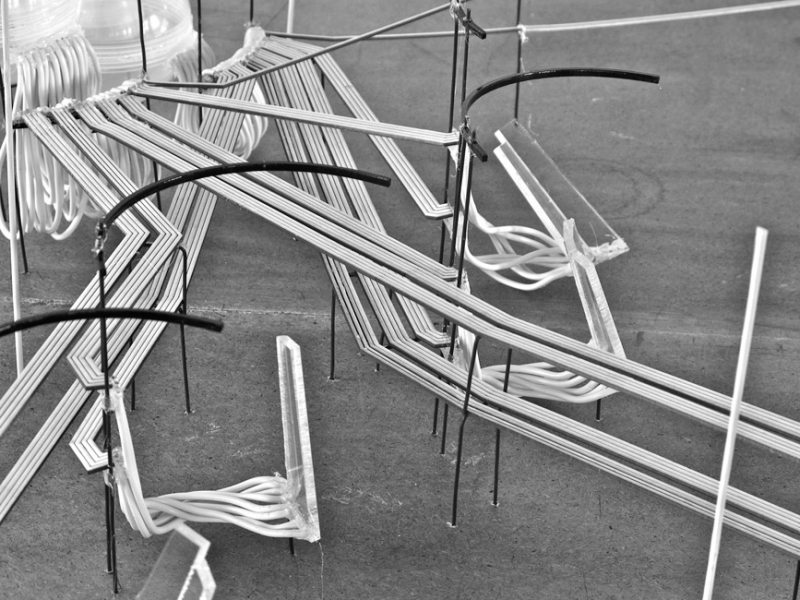 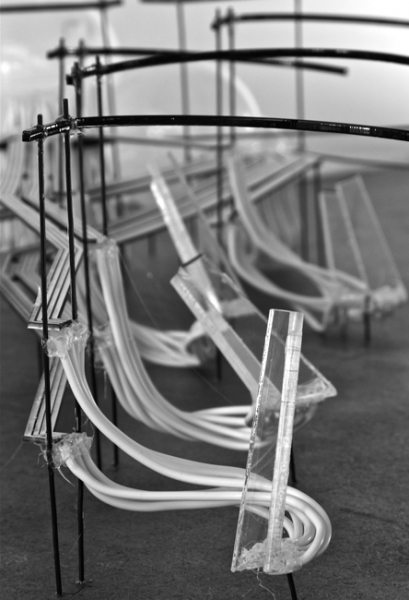 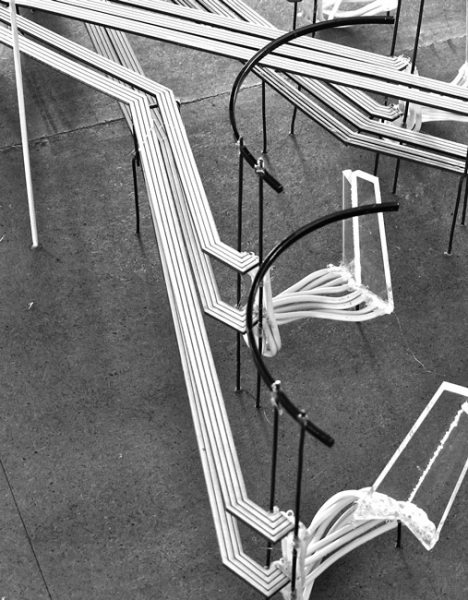 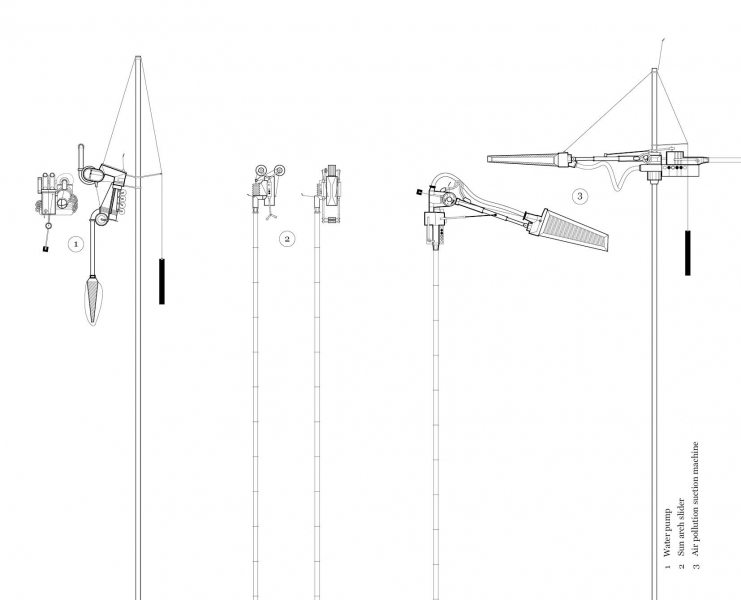 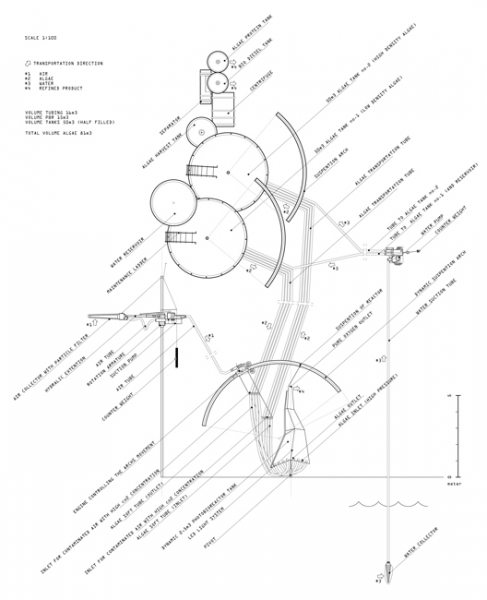 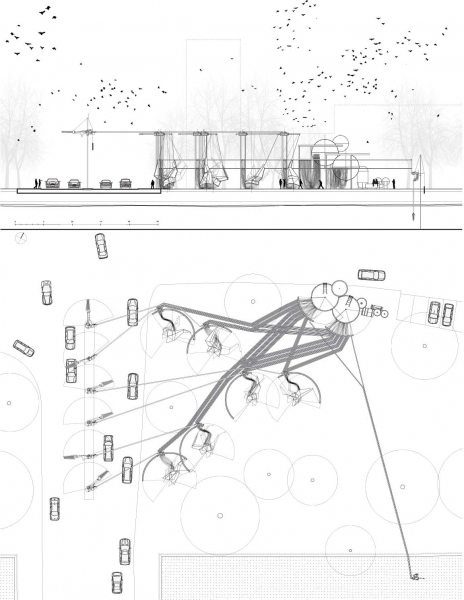 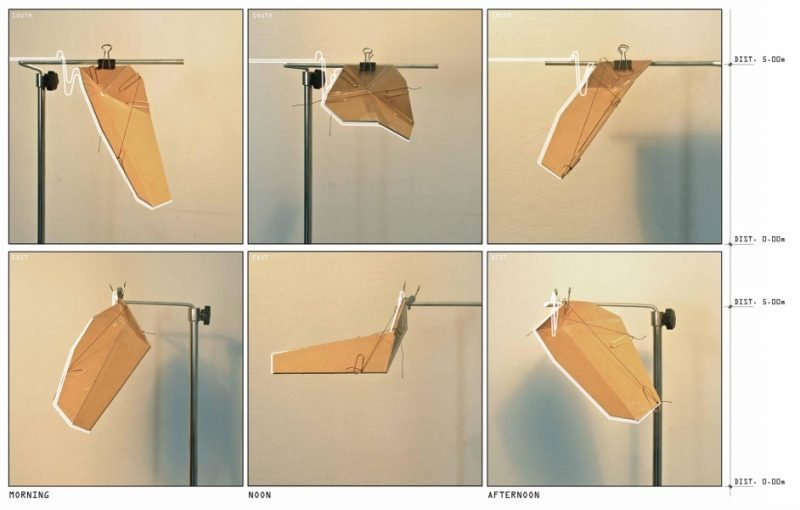