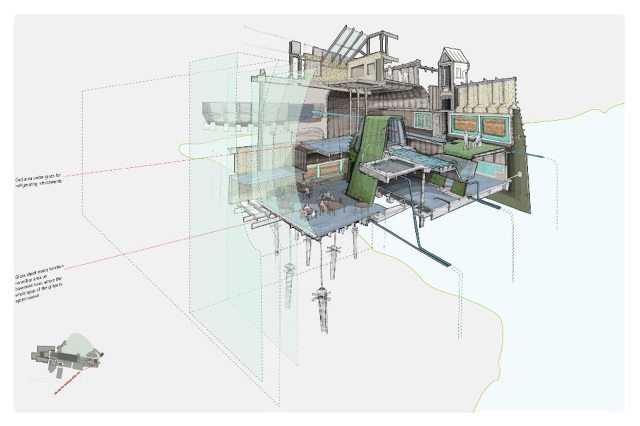 The British do not travel well.

As tourists they often miss that which reminds them of home, particularly in those places which accentuate the differences. Lanzarote is one such place: hot, dry and the struggling opportunistic plant growth barely matches our greens back home. Perversely it is in such places that the British often choose to spend their retirement.

The island is littered with water and grass oases that struggle to sustain themselves, due to such shortage of natural water sources. Nevertheless the demands of droves of tourists justify the investment of time, money and design. An ‘oasis’ is therefore created to epitomise all that British ex-patriots may have left behind.

The scheme and aesthetics of the building are reminiscent of the English eccentric and his surroundings back home, occasionally hinting at the processes and mechanics needed to sustain this image in the adverse climate. This image could be presented as a micro-colonisation of Lanzarote, providing British imagery and most importantly the scheme adapts to the climate and local architecture that is suppressed during a 4 week tournament season: dew & rain water collecting devices peak above the surface of volcanic rock, appearing as parasols to compliment a British picnic site. The remainder of the structure is hidden underground where water, saturated with nutrients from the surrounding volcanic rock, is held.

Grass is the word.

Hydroponically grown grass is draped over the various hidden irrigation structures needed to sustain it. The grass populates the scorched and tired landscape that surrounds it, mimicking a swarm of rapacious ex pats entering the complex for the sake of British Bowls. Water is used both for public consumption and landscaping, two variables dependent on each other. The scheme allows the bowlers to interact with a time stricken experience, where if a rapacious attitude were adopted towards water consumption it would jeopardise the rate of withering of the grass and landscaping, prematurely ending the 4 week tournament, transforming it back into a redundant state for the remainder of the year, reminding tourists of the structure necessary to provide the tourist with the amenities they desire. 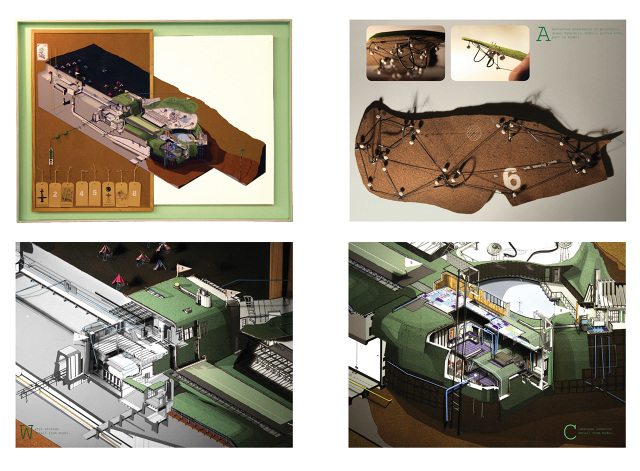 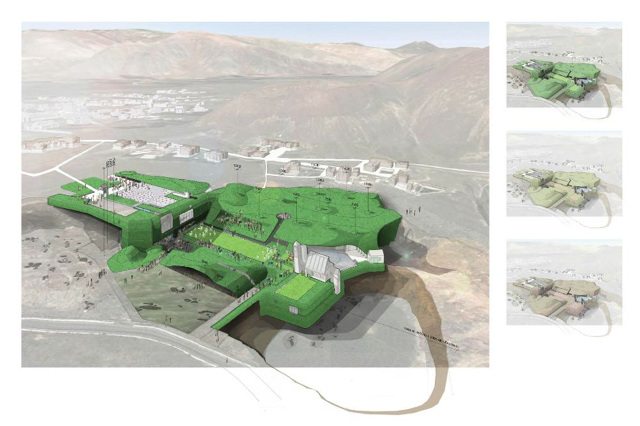 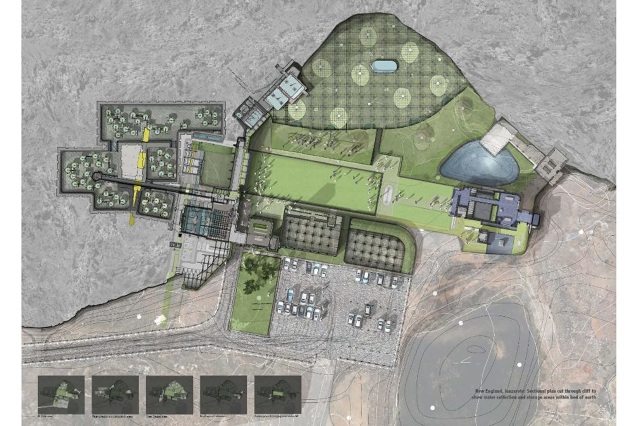 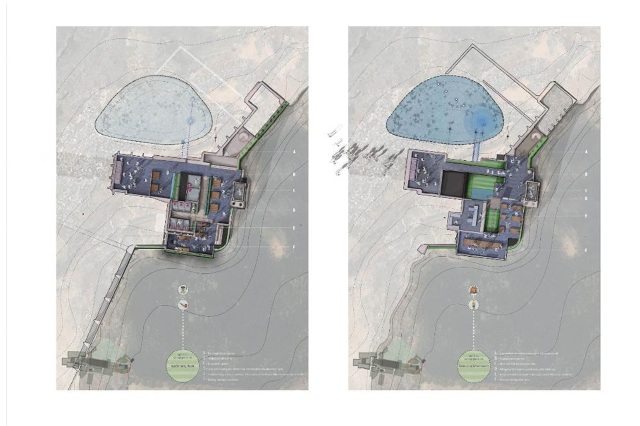 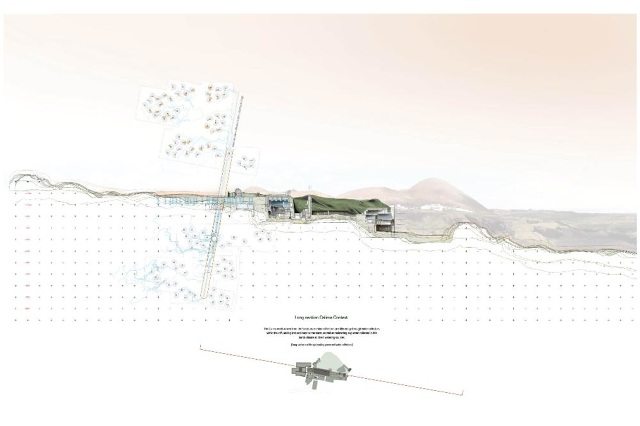 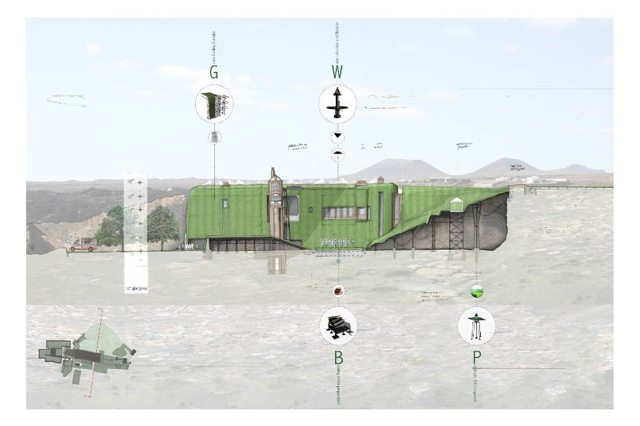 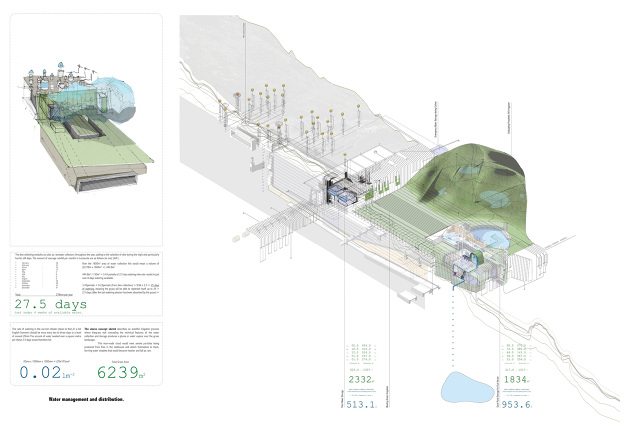 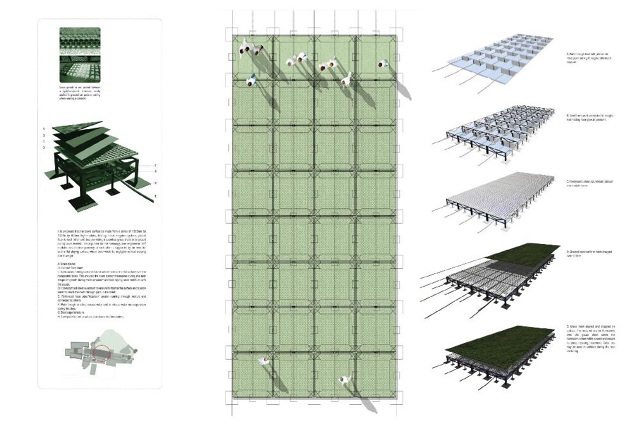 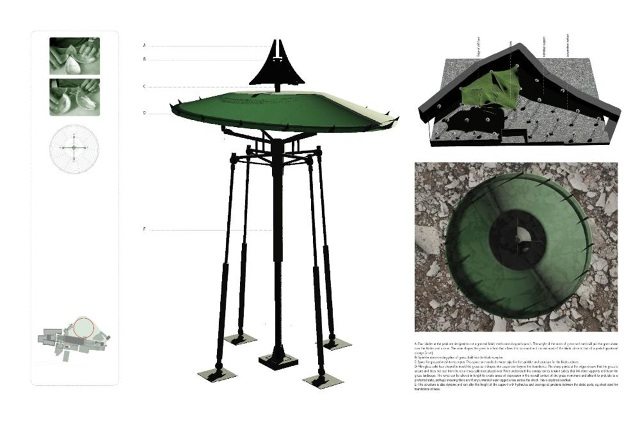 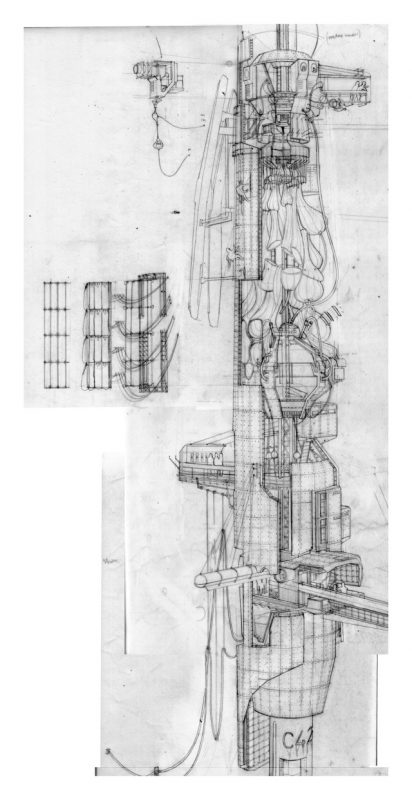