Machine for Living Fabulously
The grandfather clock displays character through personification and by prompting spectators to imagine stories of the object’s past and origins. A particular vocabulary is inherently attached to the grandfather clock which implies the personification (clock face, hands, body, grandfather) This project is a well dressed monster. If the grandfather clock is the monsters origin, the monster is its offspring. Personification follows as the monster is now dressed through facade treatments and maintaining the base[legs], mid[body], and top[face] organization from the grandfather clock. The facade and ornament was heavily considered as clothing, or more specifically, a suit for the monster. Underneath the clothes, the body is a collection of stacked objects and put together in a Frankenstein like manner. The stacked objects take queues from ornament on the clock that is magnified (moldings, fluting, etc) and when they are stacked they are to the proportions and of the clock. The insides of the pieces work in the same way as a body and its organs (meaning that one object in the stack is not its own piece, rather the program fits inside the shell the objects make) The program is Philip Johnson’s Glass House campus internalized. On the campus, the parts of the program are individual, separated buildings. The campus as a whole is internalized, and re-situated within the series of stacked objects. 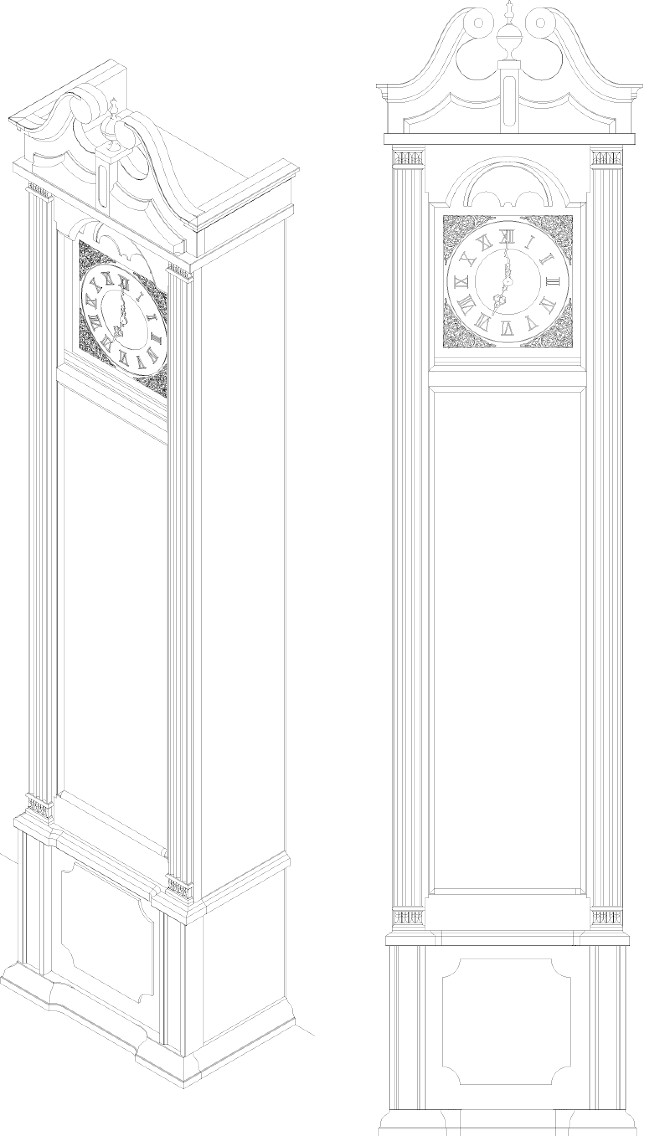 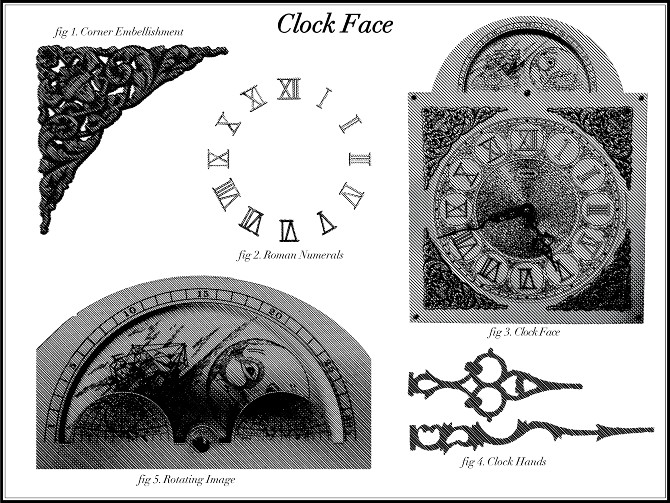 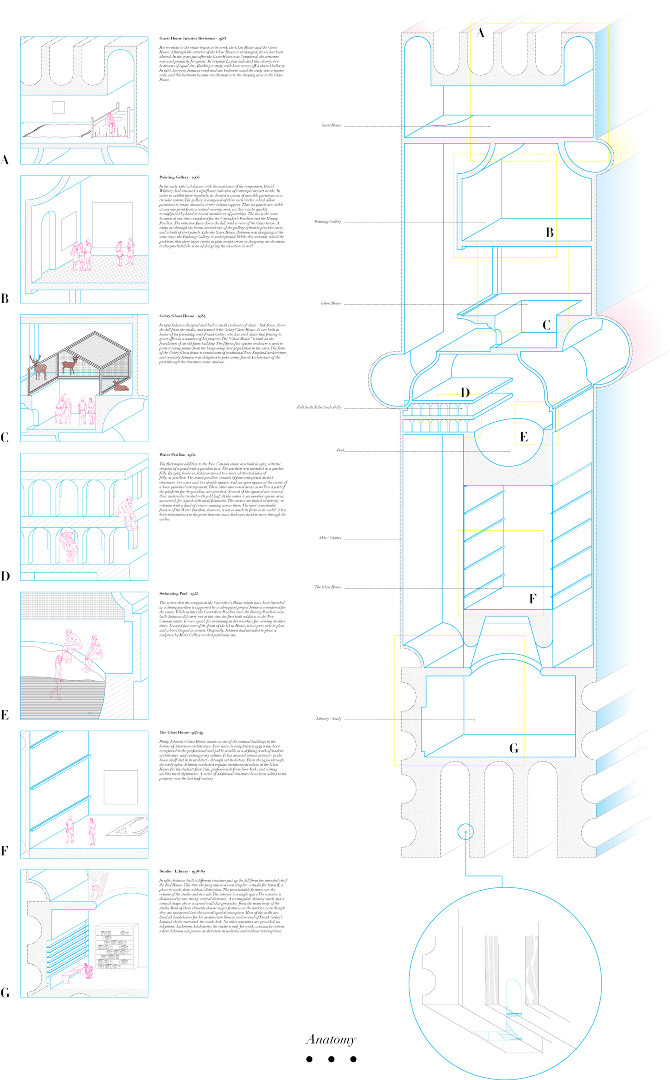 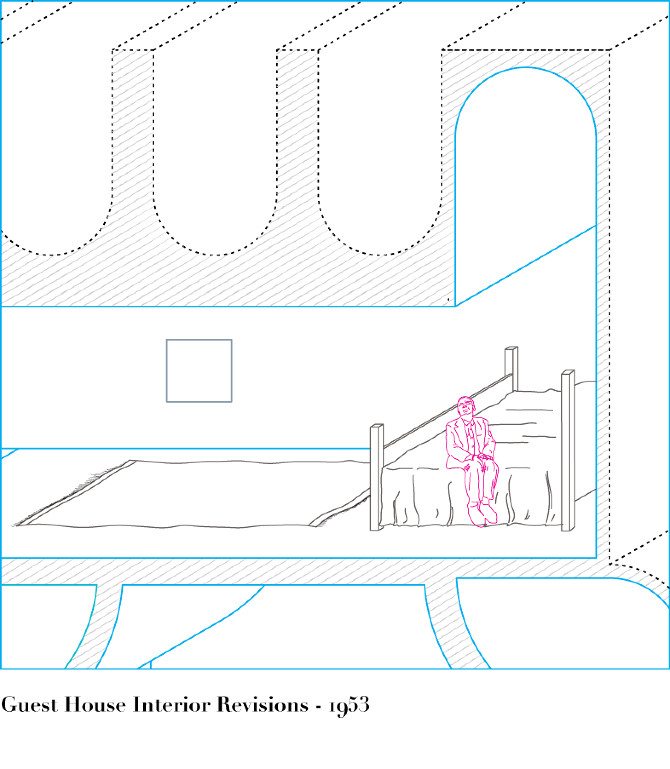 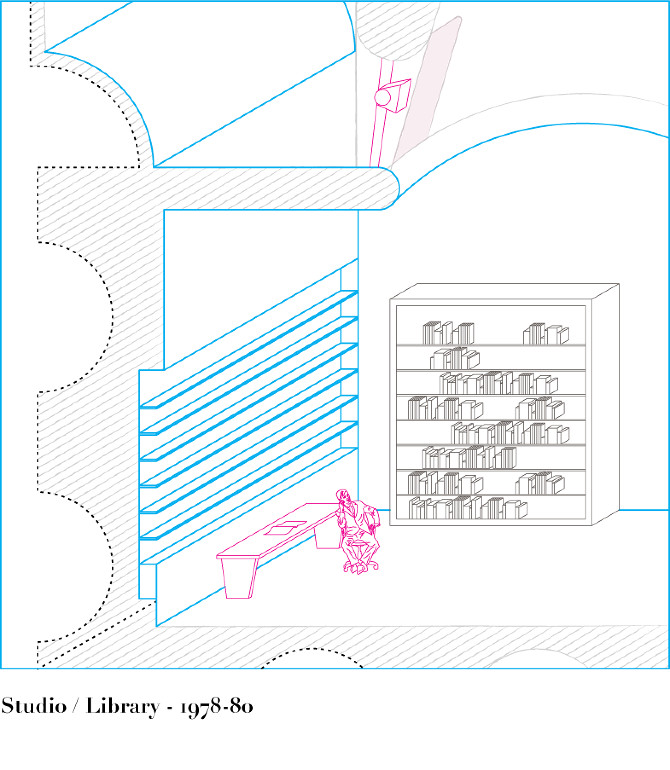 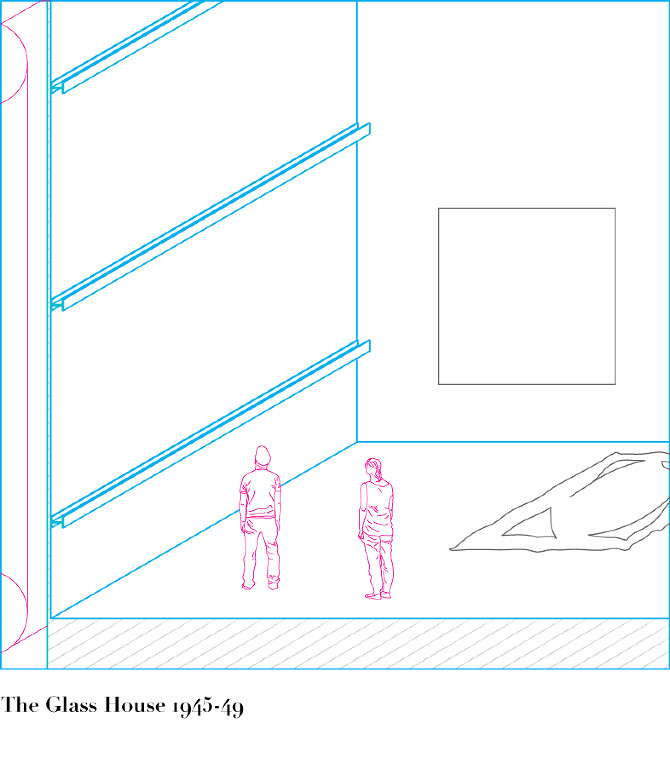 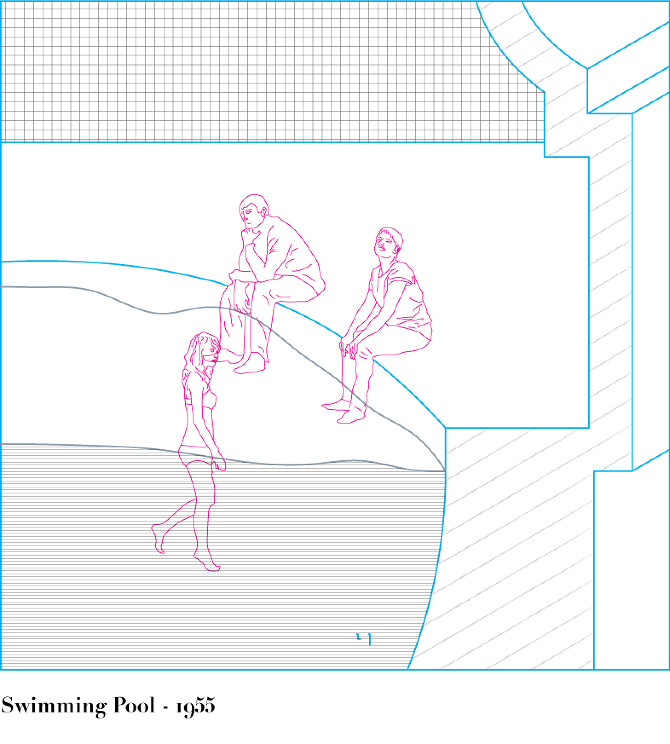 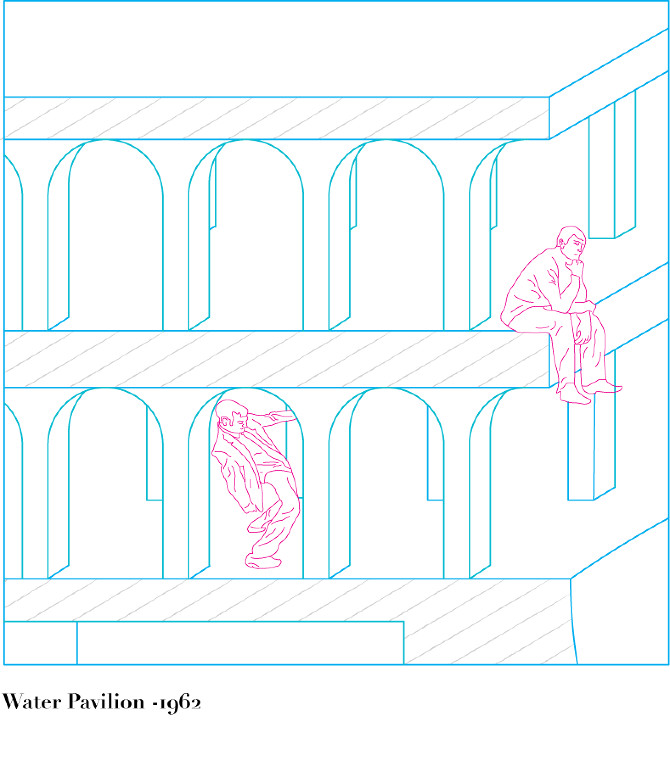 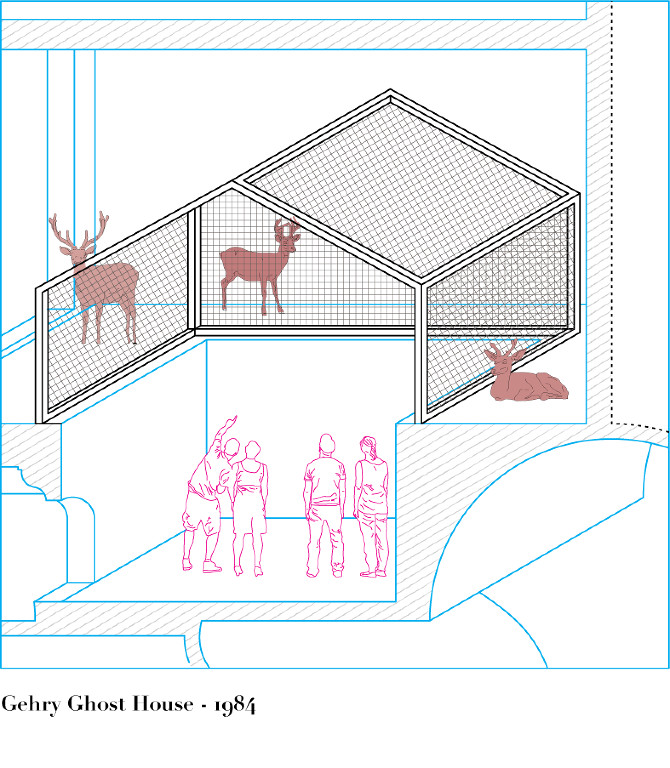 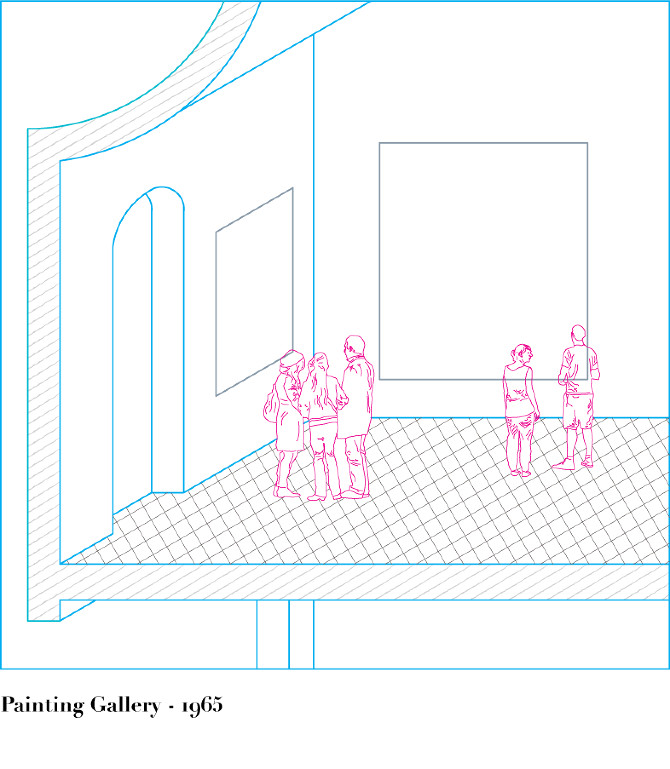