The scenario describes a structure that grew out from the ocean—facing a progressive rising of water as its colonizers struggle to maintain an equilibrium. It is forever undergoing constant repair as it struggles to stay afloat—supported only by a system of mechanic agents who supply it with the necessary substances and means to create inhabitable grottoes. Without this ongoing system, the structure would easily collapse, returning back to the depths of the ocean from which it has once risen. The colonizers live in fragile pockets, grottoes created by the voids between the calcium carbonate deposited by the machines and the resulting upward forces of gases. These spaces are always fluctuating, their morphology adjusting to deal with the constant beating of forces from water currents and pressure. The machines themselves are not immortal—over time as they continue to deposit substance, the calcification process eventually renders them immobile, trapping them in their own secretions. They eventually float to the surface, like the oxygen released by the creation of the structure, and become part of what they had set out to create. Their logic is simple—only flocking towards other machines as they mimic the movements of the currents. The spiraling created by the machines are imprinted in the memory of the structure, layers stratified with the history of the movements. 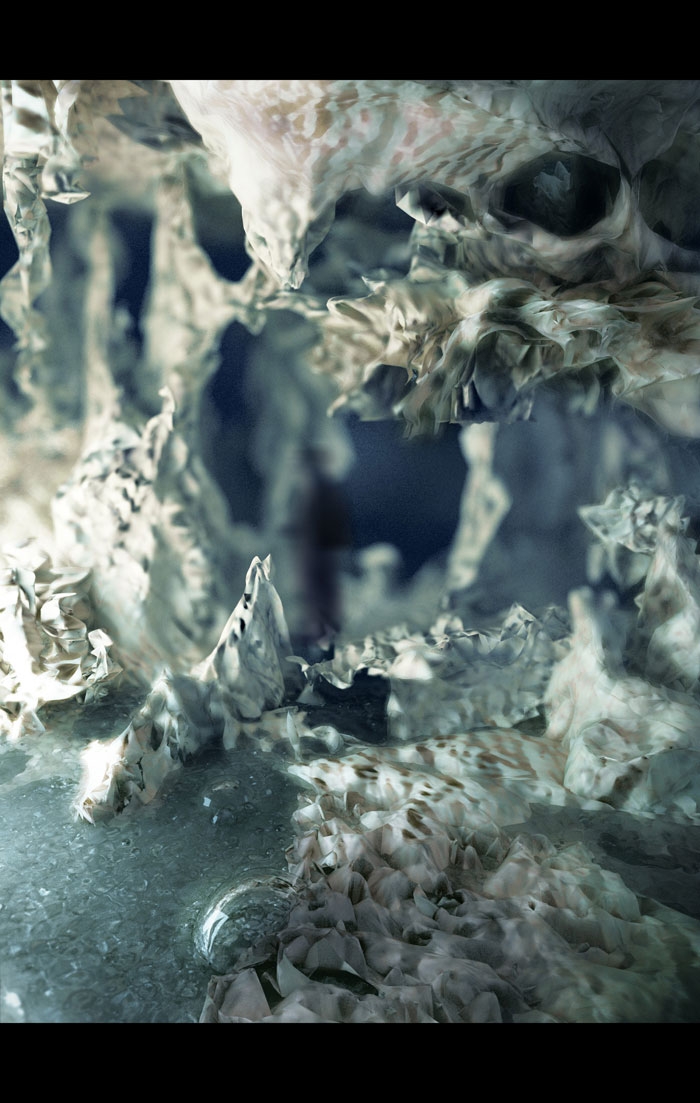 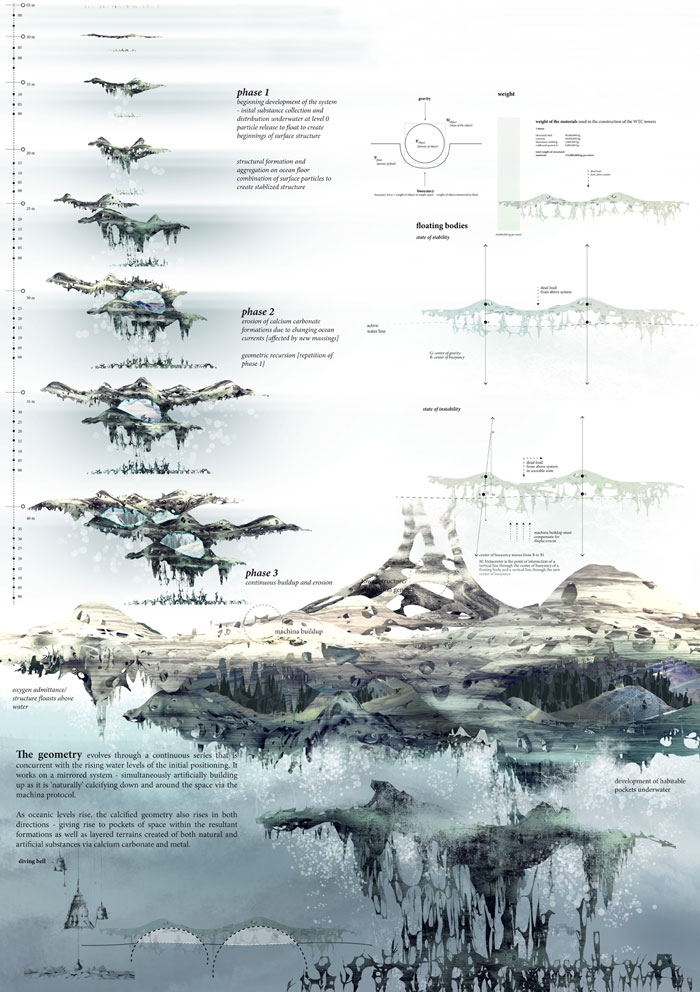 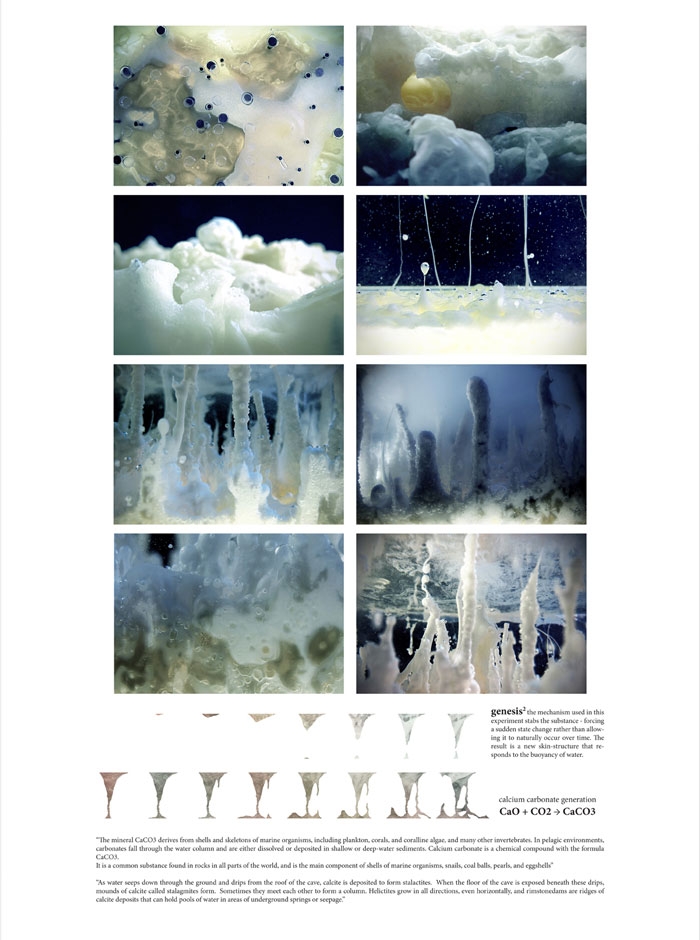 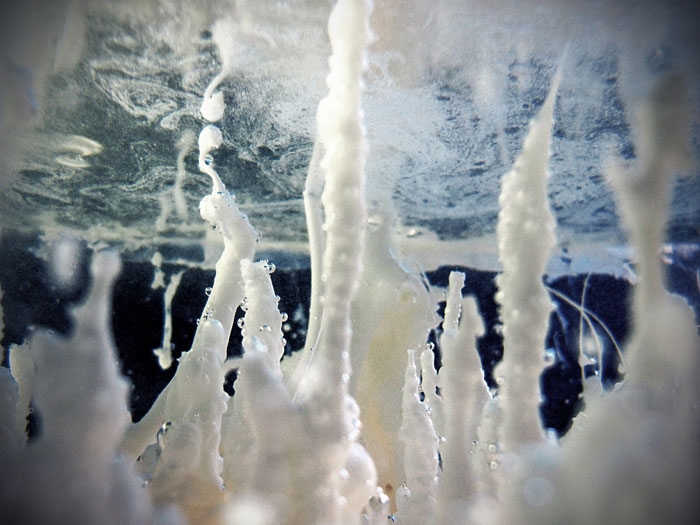 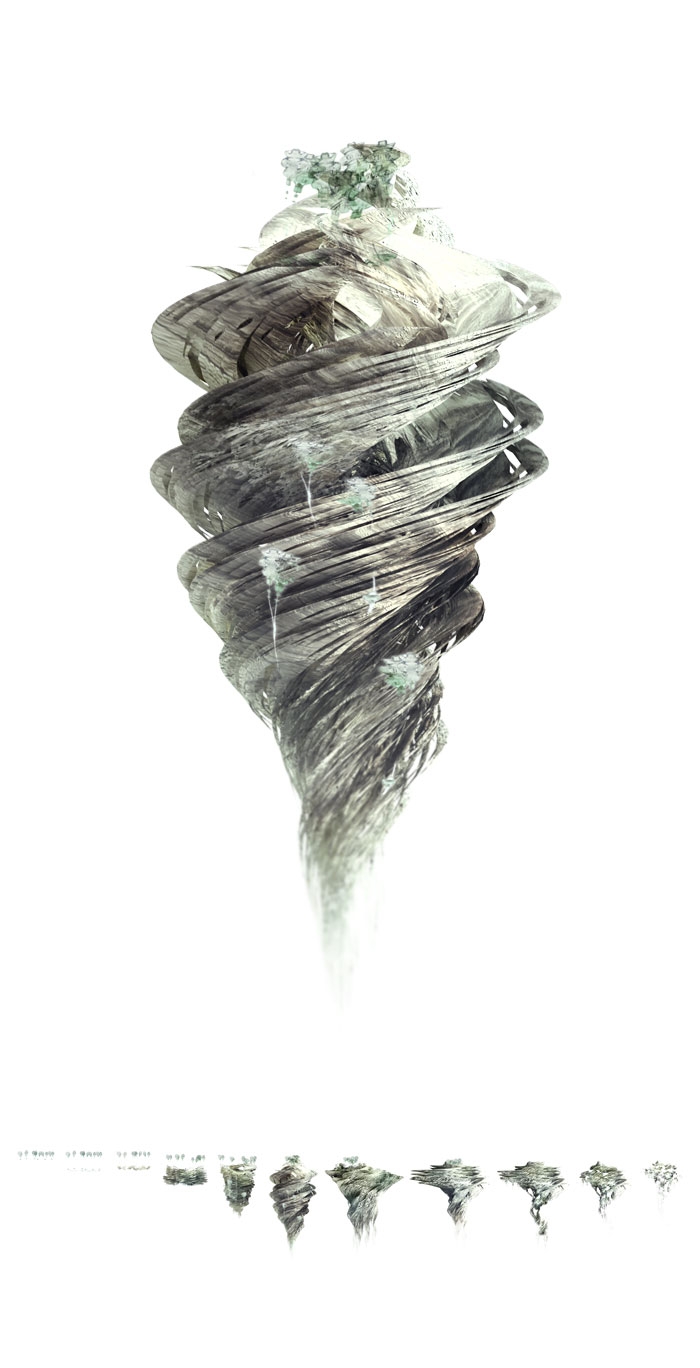 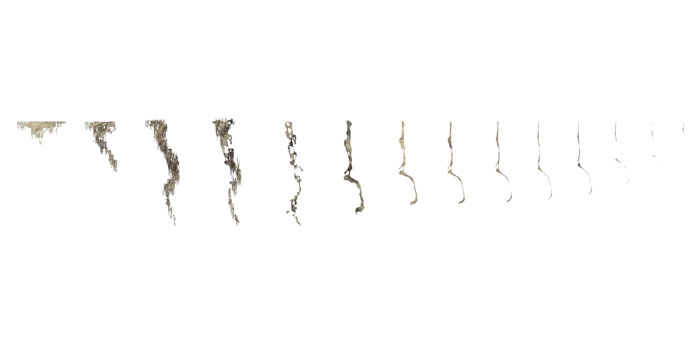 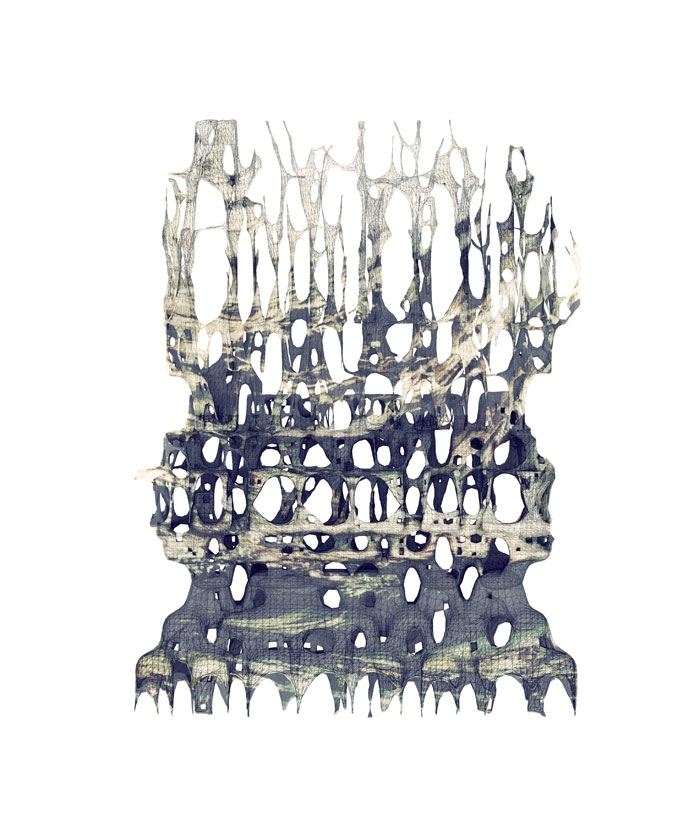