aRC(2)himera, developed by the MArch GAD RC2 at the Bartlett School of Architecture UCL London, is part of the year-long brief entitled Form Follows Fetish. Louis Sullivan’s dictum Form follows Function is certainly one of the most known and also misunderstood statements in architectural history. Falsely propagated as a dictate against ornamentation and in favour of functionalism, yet seemingly still in vogue.

In Greek mythology the Chimera was a monstrous fire-breathing creature. She had the body of a lioness, a tail ending in a snake’s head, and a goat’s head arising on her back at the centre of her spine. There are of course many other examples in different cultures that could also be referred to as Chimeras. In genetics, biology and botany a Chimera represents an animal or plant with genetically distinct cells from two different zygotes or genetically different types of tissue; the resulting organism is a mixture of tissues, and of different sets of chromosomes. In paleontology, it is a fossil reconstructed with parts from different animals.

aRC(2)himera is an architectural chimera. From its distinct sets of digital chromosomes and analogue chromosomes evolves a monstrous mix-up of various approaches that go from developing skin morphologies, structure anatomies, ornamental textures, responsive environments, biological growth, robotic behaviour, miniature devices, machined fabrication, interactive media design, sensorial feedback etc. To some this may look and sound outrageous and horrific—as it is neither elegant nor pure, nor truthful or correct (process-wise). Why this Frankensteinian, modern Promethean approach? The grotesqueness of aRC(2)himera is only relative. aRC(2)himera must be seen in a postvirtual and postdigital context of New Materialism, which marks the ambition to escape from the old unsustainable (socially and environmentally) virtual and cyber architectural visions, and from the old off-the-shelf and unsustainable (environmentally and financially) architectural production methods towards innovative applicable theories, techniques and technologies.

Why being obsessed with digital and nature-mimicry processes if what is really necessary is breeding a chimerical environment that is partly biological, partly technological, partly romantic, partly scary? The ambition of aRC(2)himera is to mark an era of synthesis, hybridity and new potentialities. Today’s postvirtual era is less interested in the almost quasi-religious cyber myth of total liberation from physical limitations (think of the famous goggles or data gloves for example). Digitality is not the alien, the other. Plus, in a postdigital point of view, digitality is fully intertwined with analogue, mixed and biological technologies. Pure mathematical functions just will not suffice.

Thus, aRC(2)himera should facilitate the overdue (and for some, accomplished) task of overcoming feelings of alienation and estrangement towards digital technologies, to re-addresses human cognition, augment realities, and develop nature 2.0. aRC(2)himeras are constitutive occupier of such a conceptual, and material, landscape. Whether they project fear, or power, they can help in humanising the unknown. The ethymological root of monster, ‘monstrum’ means that which teaches, which is again linked to ‘monstrare’, to show; and both deriving from the same base ‘monere’, to warn. So… be warned! Architecture must inevitably respond to the current acute, actually monstrous, political, economic and ecological problems. 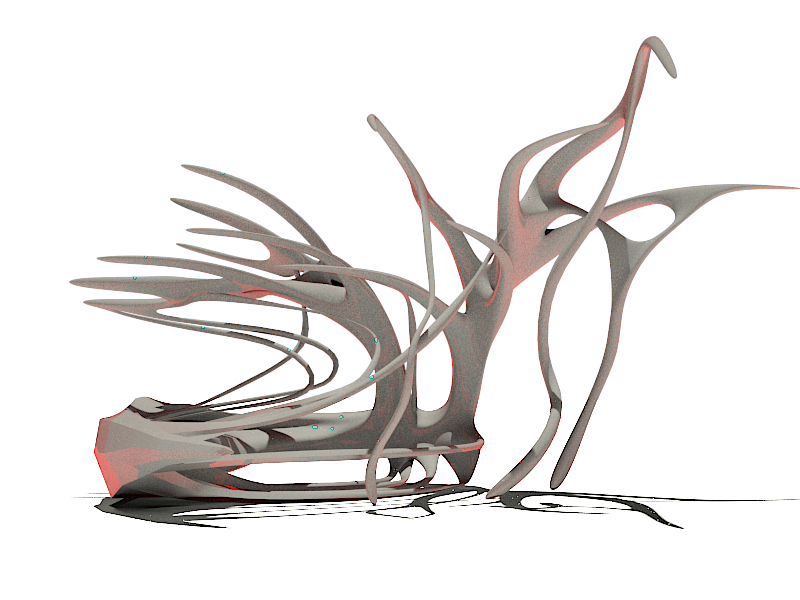