The thesis investigates the place of the architecture of the individual coastal dwelling in mitigating the future effects of Solastalgia, the notion of place-based distress stemming from changes occurring in the environment. With the projected effects of climate change including a rise in sea levels and an increase in extreme coastal weather events; and with many of New Zealand’s principal areas of inhabitation laying along the coast these future events and the physical and less tangible psychological effects arising from them are becoming a both pressing issue and a mobilising idea.

The thesis examines three theoretical imperatives to frame the proposed dwellings within current discourse. Firstly, the work of Glenn Albrecht and his notion of Solastalgia as a means to understand the psychological effect of changes in our home environment on the perception of comfort and the dwelling. Secondly, it explores the notion of dwelling as retreat, both in a physical and experiential sense. Thirdly, through examining the dwelling as a focal point for an experiential connection with the unique conditions of the coastal edge it will question the home as merely a refuge or place of retreat and shelter and investigate it through the seemingly oppositional notion of engagement.

The architectural design comprises of three dwellings respectively titled The Outpost, The Cave and The Nest. Each articulates a distinct approach to retreat and engagement through the architectural notions of ground relationship, permanence, site specificity, and through questioning the expected qualities associated with the two primary materials timber and concrete. The dwellings are sited in Island Bay Wellington, a site chosen for its high exposure to the elements and rich history of coastal living. Each dwelling is positioned to exploit a specific condition of the coastal edge; The Outpost touching the sea, The Cave set between sea and hill, and The Nest sited upon the hill face itself. The dwellings act as exemplars for a proactive future looking approach to dwelling upon this coastal edge, and are engaged as a means to examine through design the implications this has for domestic coastal architecture. 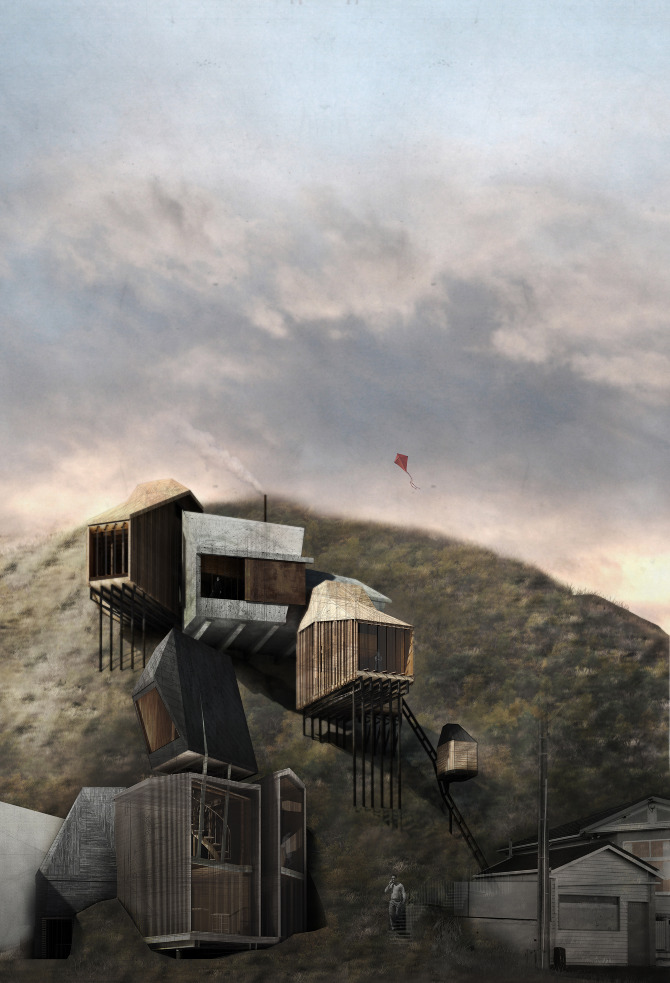 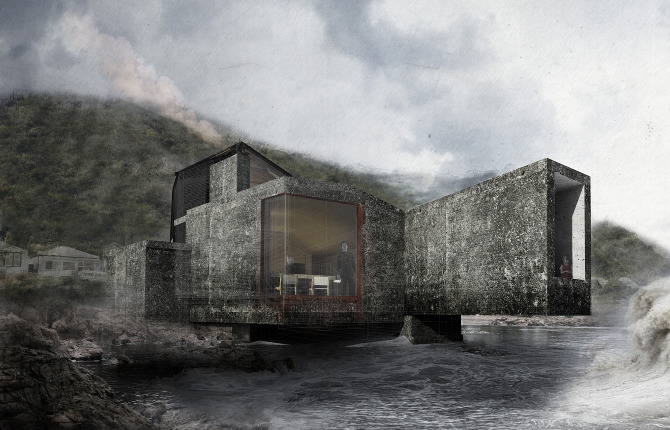 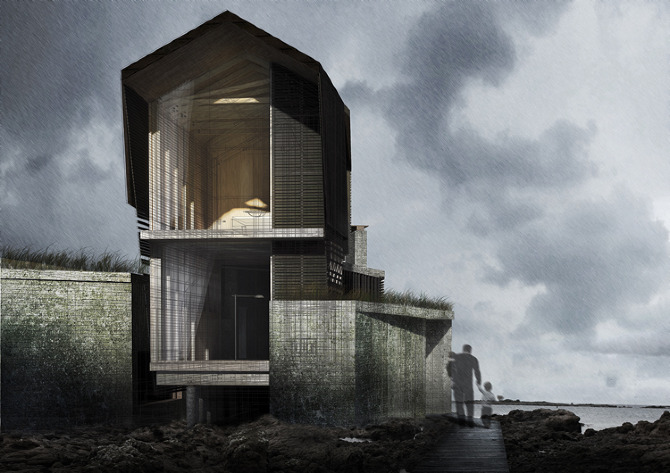 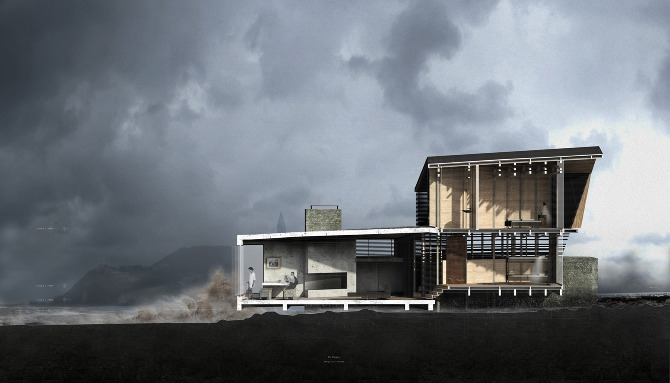 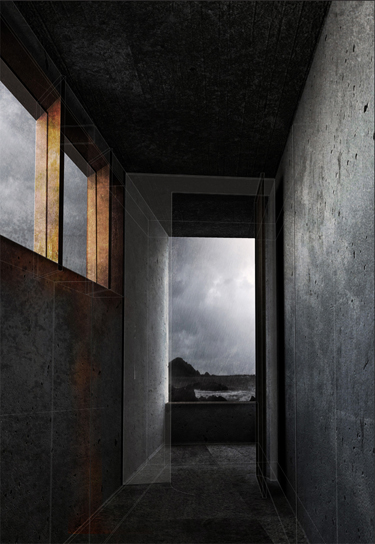 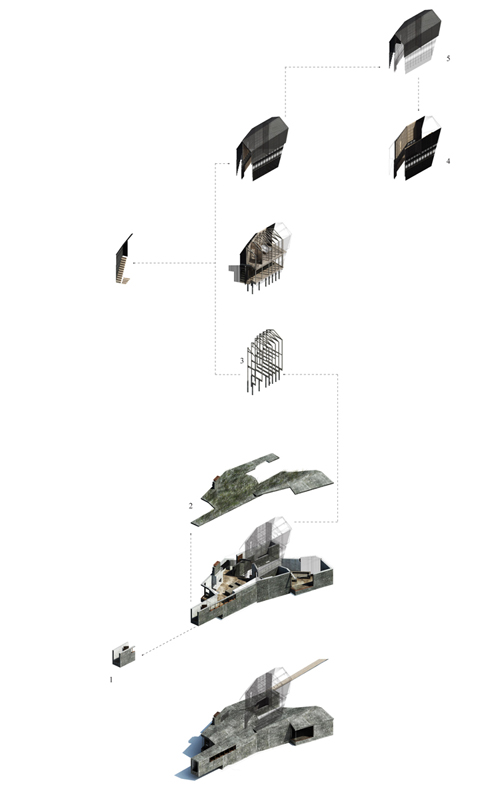 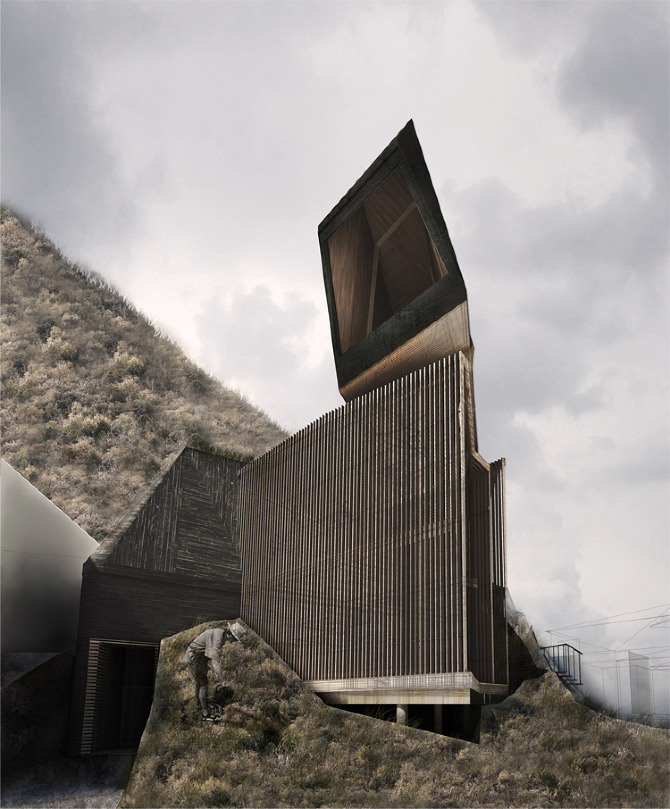 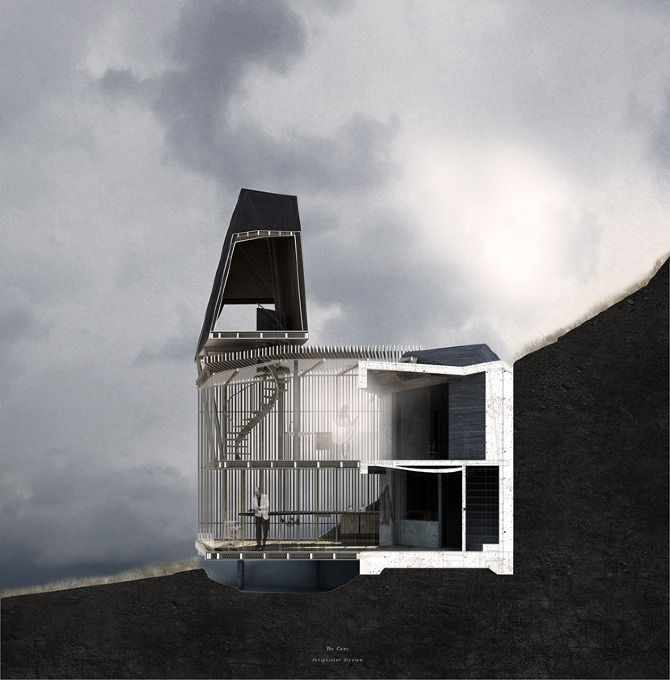 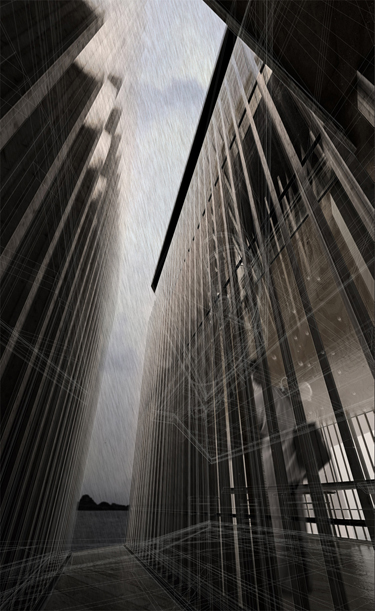 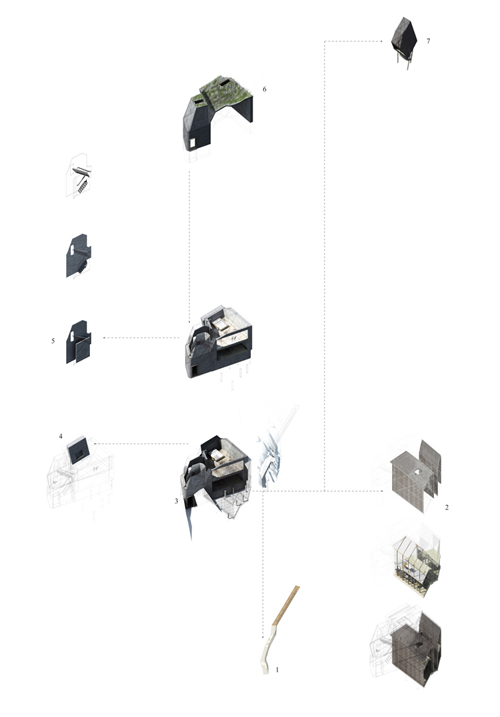 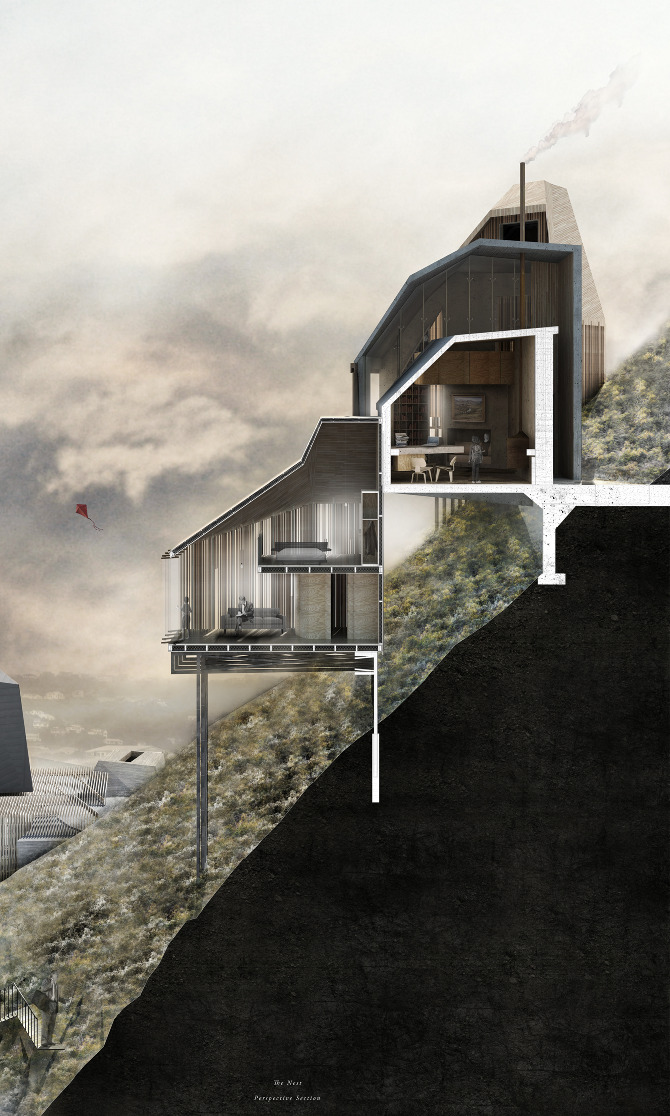 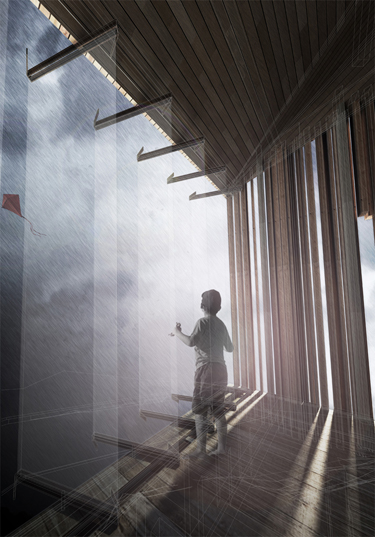 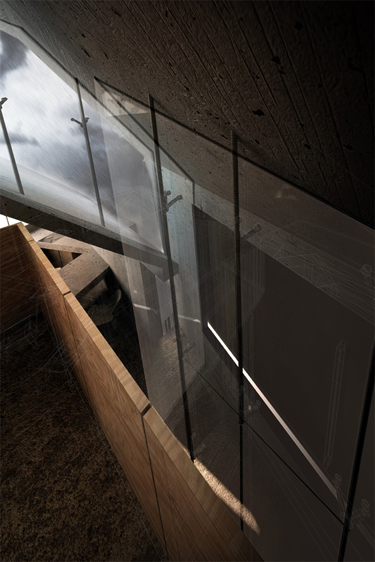 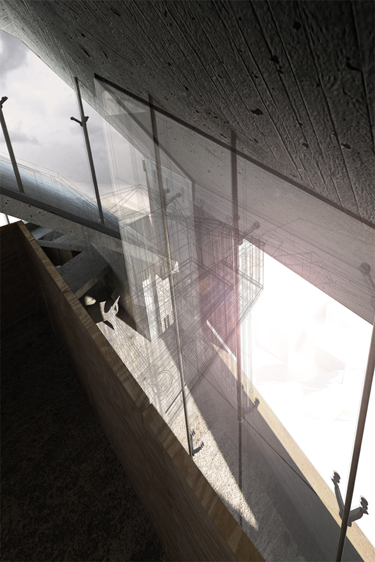 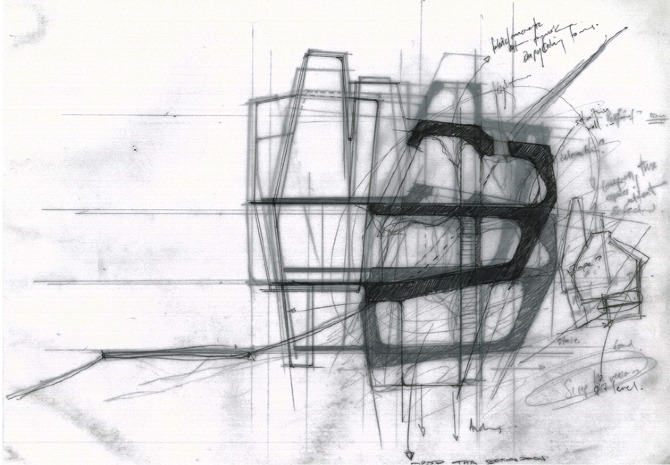 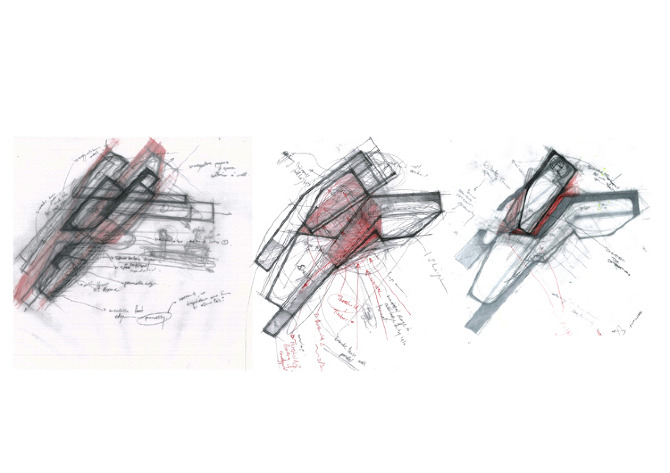 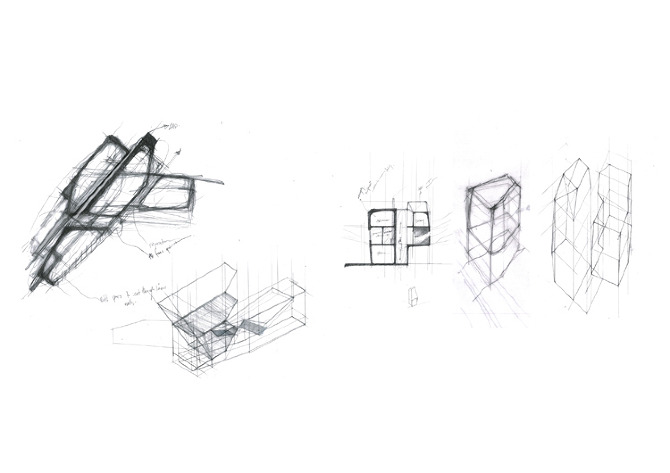 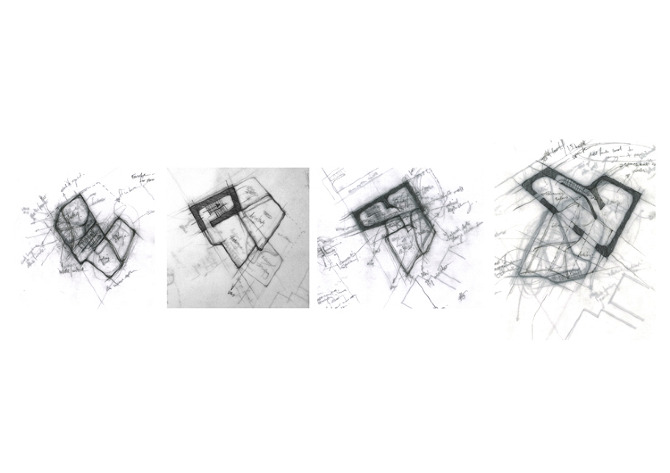 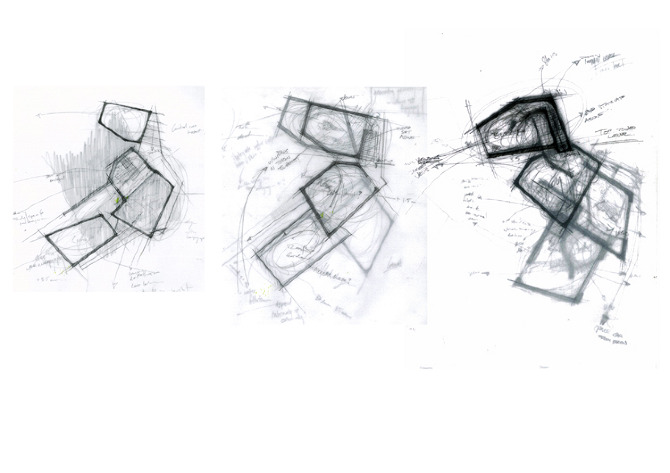