This project represents my thesis for the “Excessive” Post-Graduate program at the University of Applied Arts in Vienna, 2012. We were asked to envision a new train station for Vienna, one that would either modify or replace the existing Westbahnhof train station. I chose to keep the existing building, but to contaminate it with structures that would express a complexity that now is missing. My intervention was inspired both from Nature and Culture, and beyond its polemical characteristics it does intend to bring back what in science is called: Spontaneous Order. This is not disorder in the common sense, although it could have this appearance. It is, evidently, a reaction against excessive rationalism and rationalizations. Yes, it is excessive, but essentially it tries nothing else but to bring the complexities present in Nature into the urban fabric. In a way my “project” is not really a “project,” since I let what I envisioned come into being “naturally,” almost by itself, expressing not only outer realities, but also inner ones.   We could say that maybe this is an Epimethean work, as opposed to being Promethean, that is, a work in which thought comes afterwards… so the relationship between cause and effect is circular, not linear… All in all this is an architectural meditation on Time as well, since the structures I envisioned do reflect metamorphosis, the passage of Time, change, ephemerality and even decay… themes, again, neglected by conventional architectures. If chaos is deprived of its negative connotations maybe we will have again the chance to reach the positive aspects of what is called “spontaneous order.” 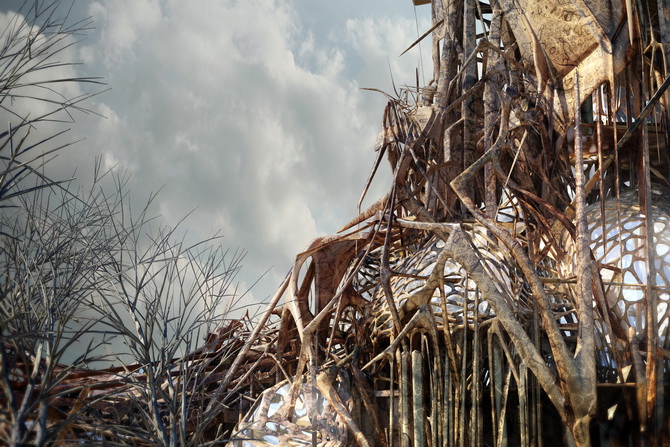 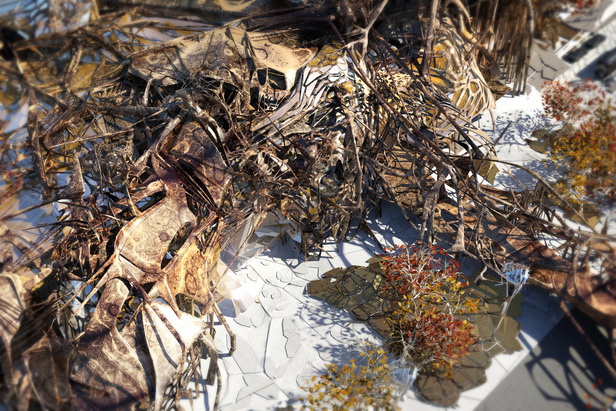 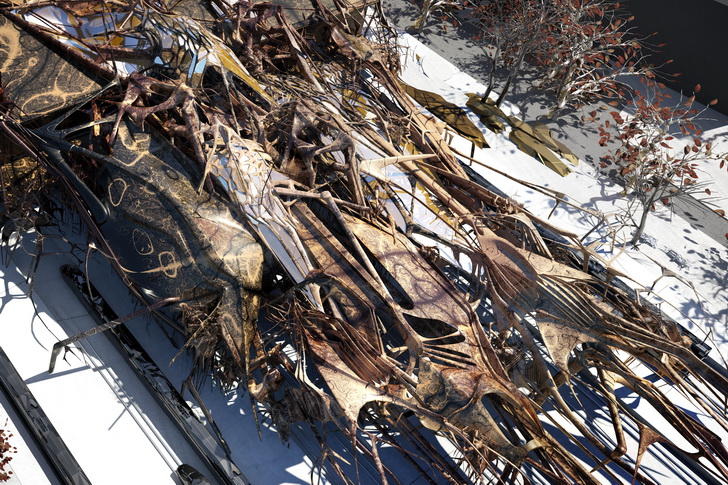