The collection of work pursues an investigation of the partial control of meaning, positioning of work within history, constructing the critical joke, and the discipline of copying.

The project proposes an unlikely marriage of a banking headquarters, social housing and luxury condos. These programs exist in a singular form, a mimicked Battersea power station, creating a metaphor of 21st century financial power against 19th and 20th century industrial power.

The façade explores a new version of a classic discipline, translating two dimensional drawing into three dimensional architectural surface through tone. Using alphas and a digital stamp, the exterior façade overlays gothic, domestic, industrial and corporate symbols, illustrating the interrelated complexity of real estate and the contest for space, power, and urban life in contemporary London.

A ‘mind-map’ of FAT’s work, in the form of a chess set of art, architecture, and literary influences, reconstructed and remixed FAT into semi-accidental encounters. What if chess characters took the form of Thomas Pynchon, Doge’s Palace, and Jasper Johns and could come together to make something else entirely? How about Piranesi, Soane, Gandy, Giles Gilbert Scott, Portman, and Rudolph?

↑ Piranesi’s drawing of the Pyramid of Cestius, 18th century

↑ new currency note of the bank 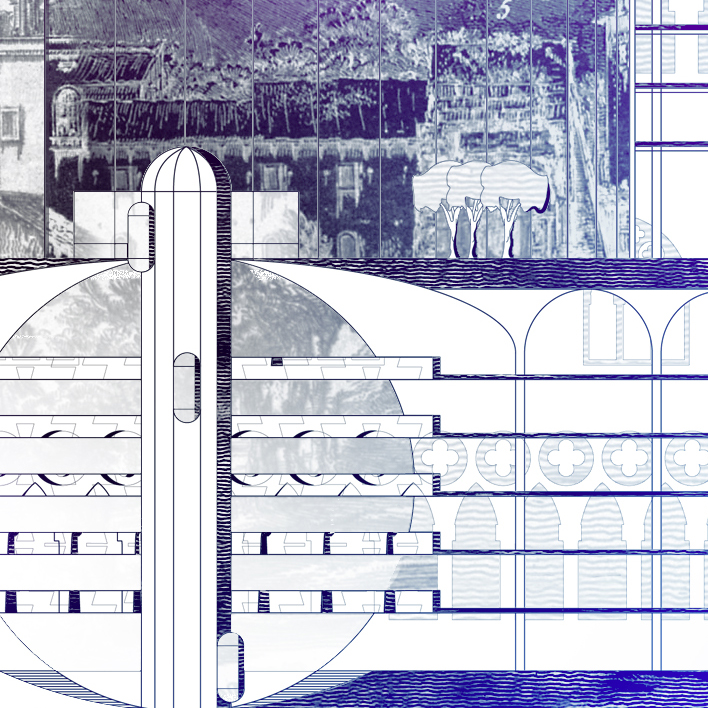 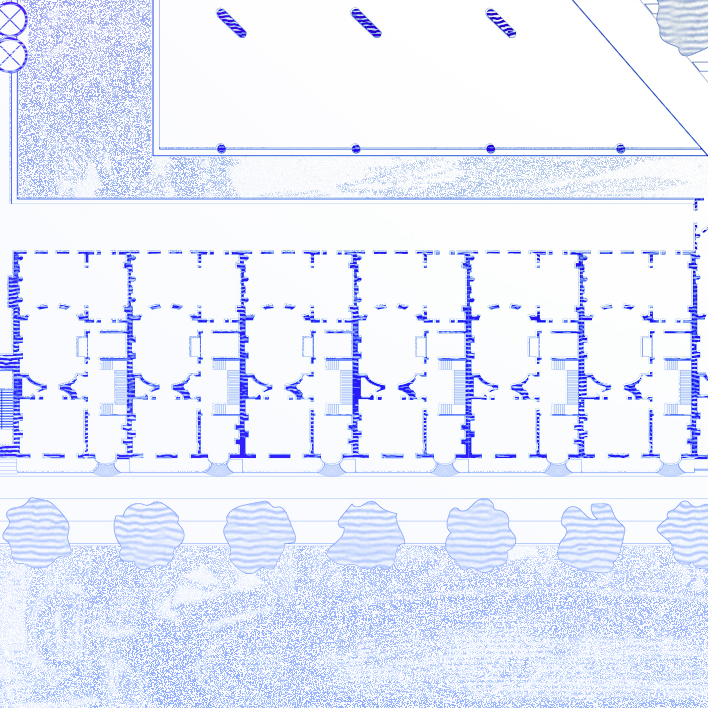 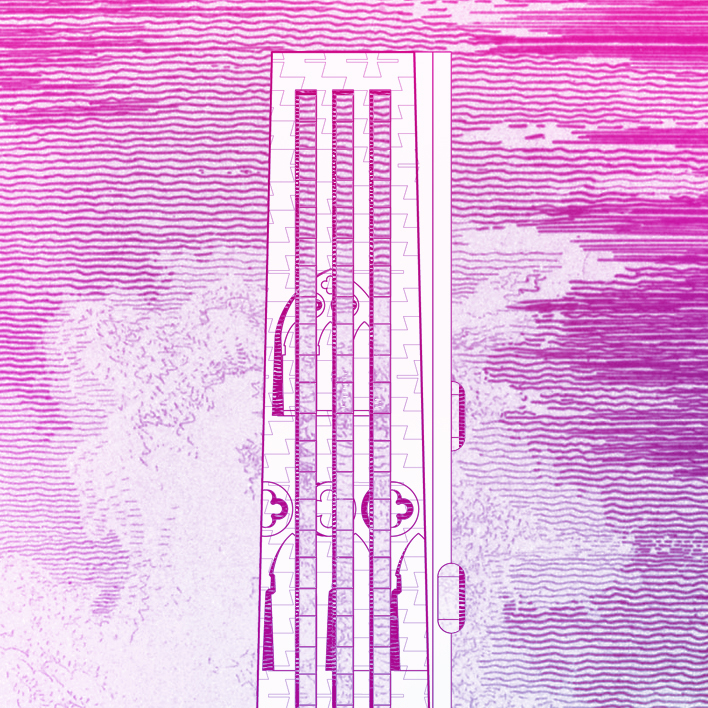 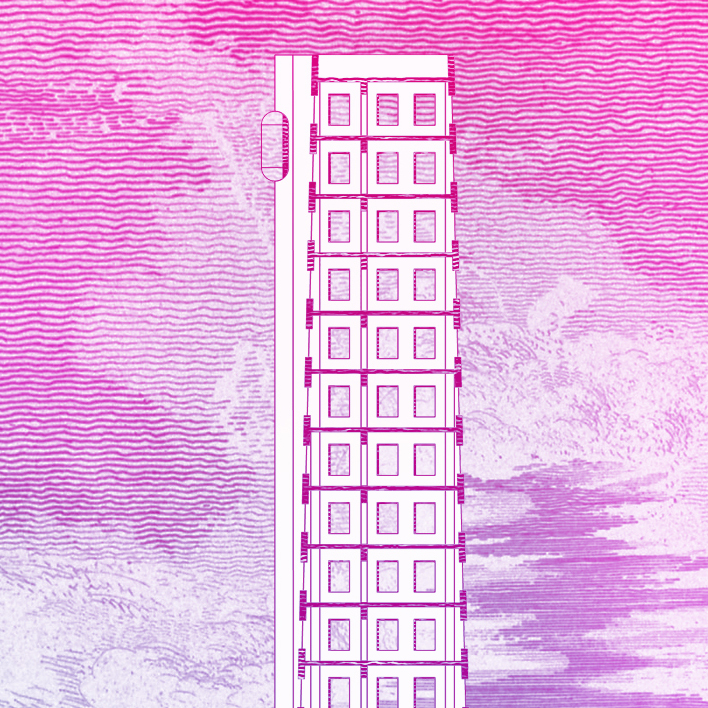 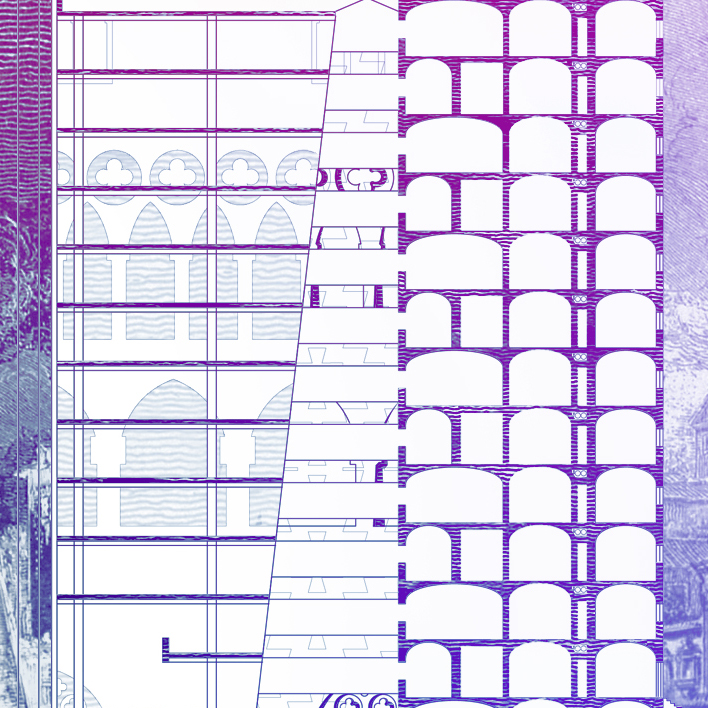 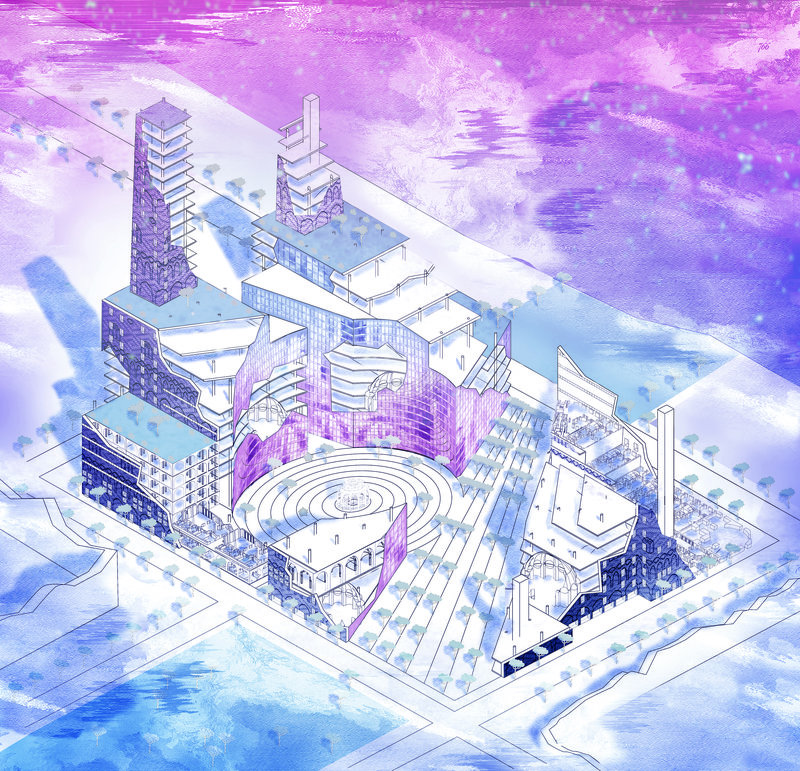 ↑ axonometric of Bank and Social Housing in construction or in ruins 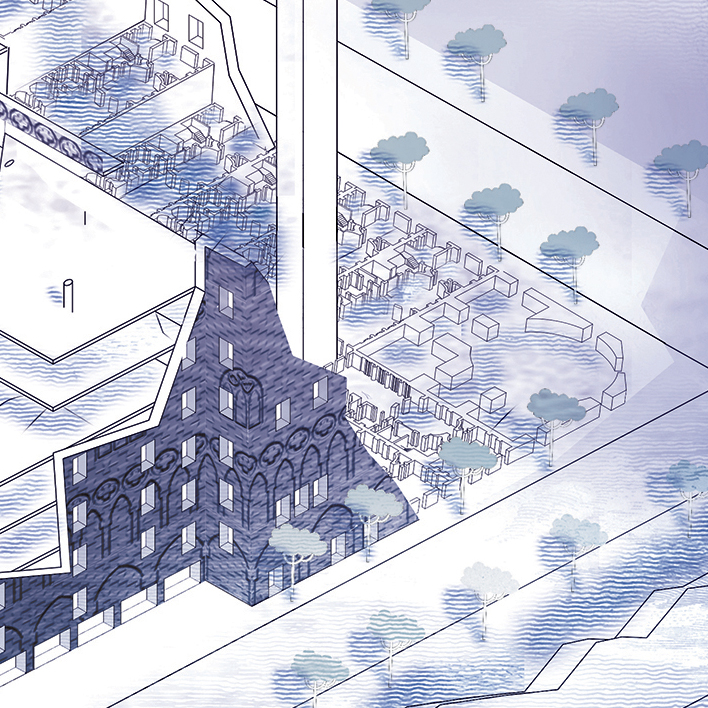 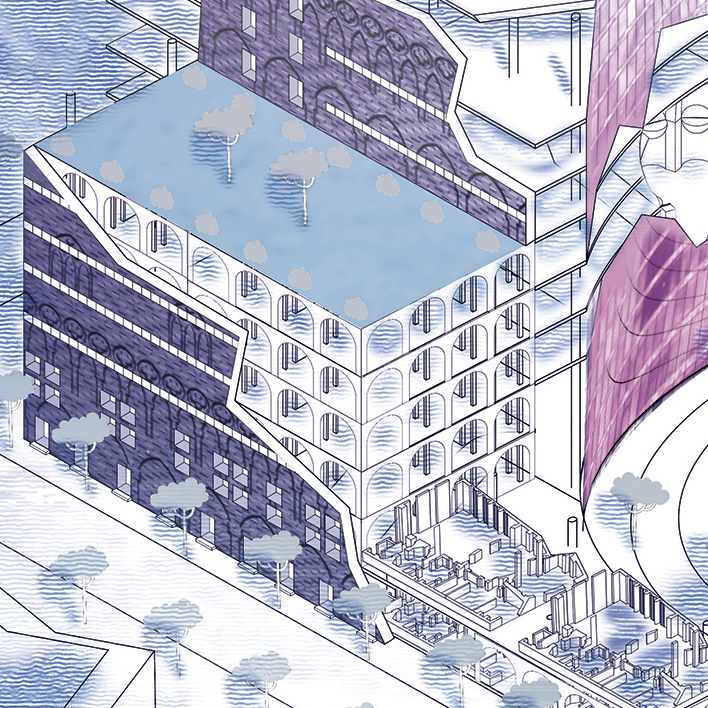 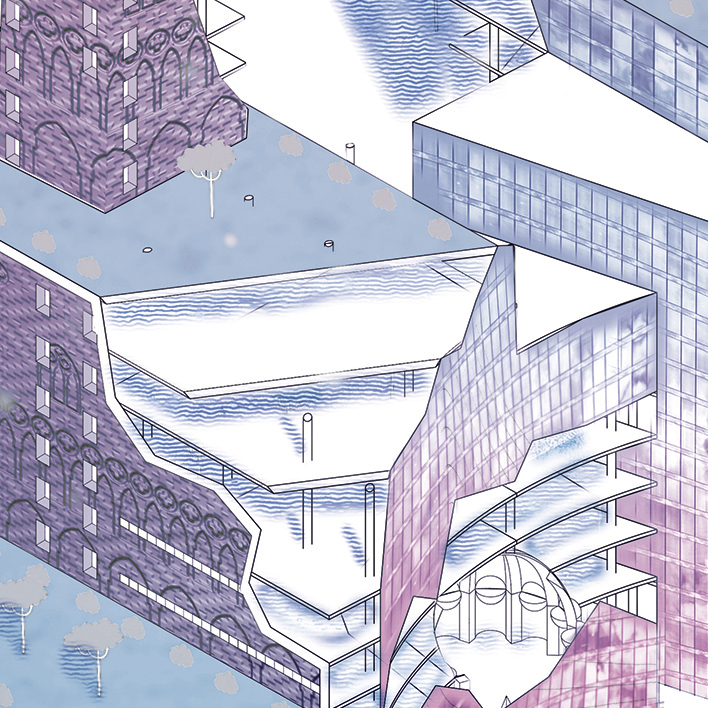 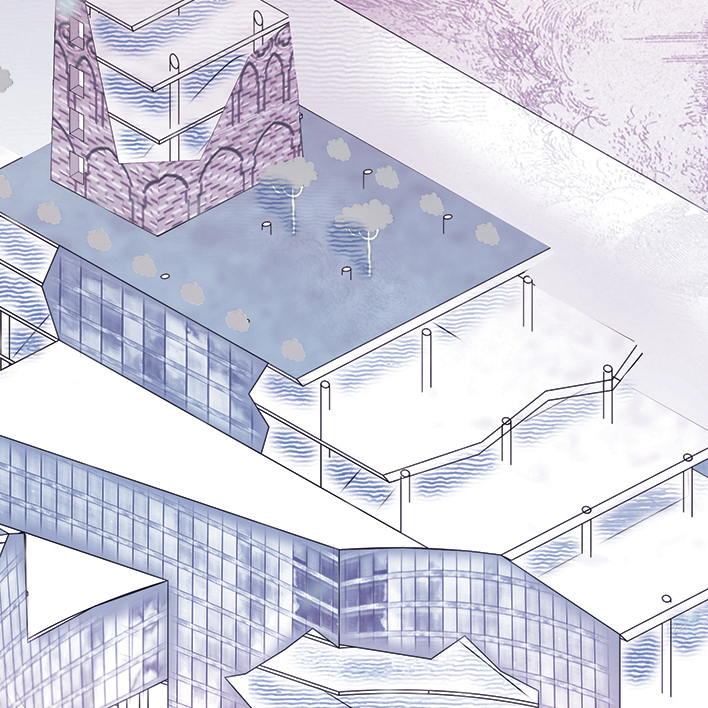 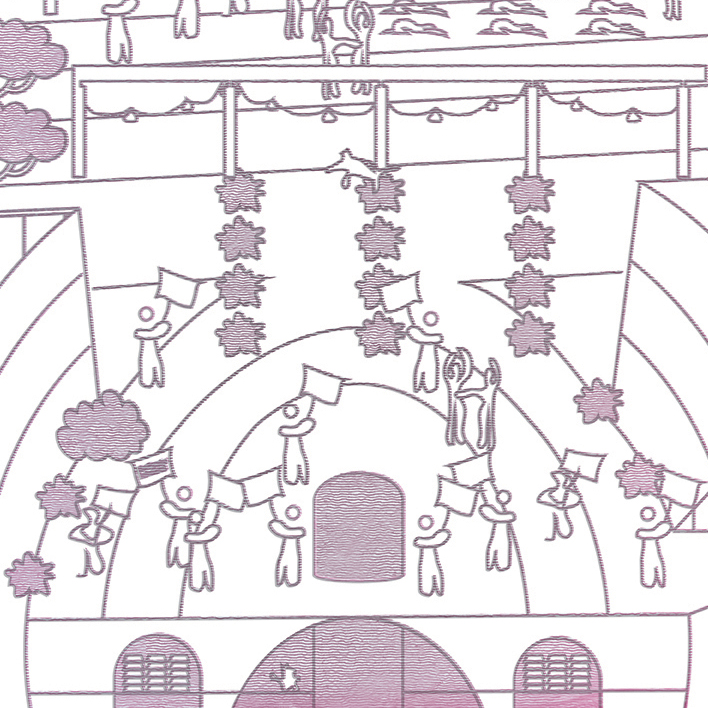 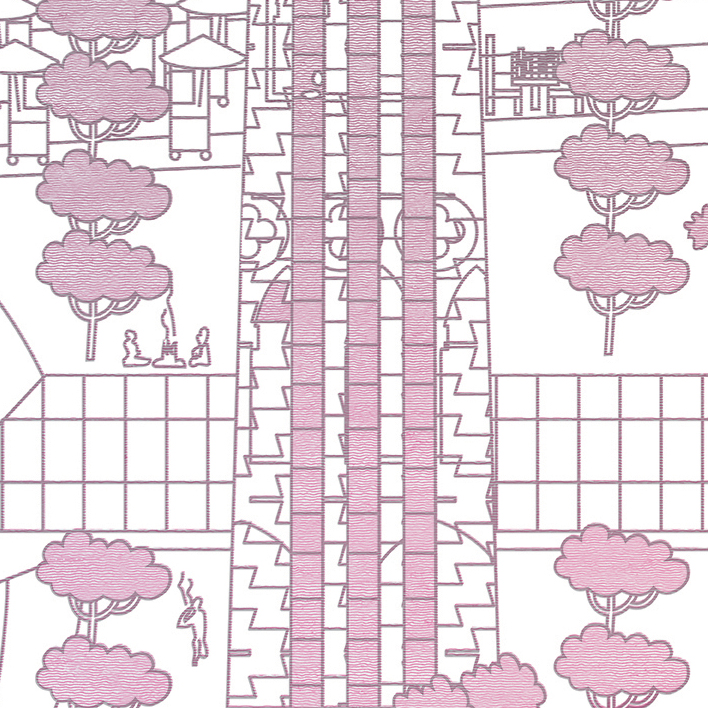 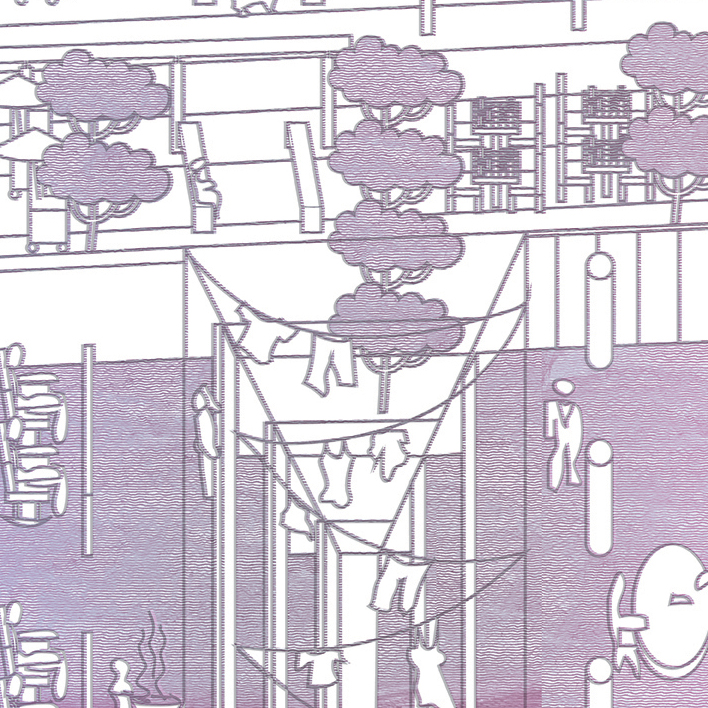 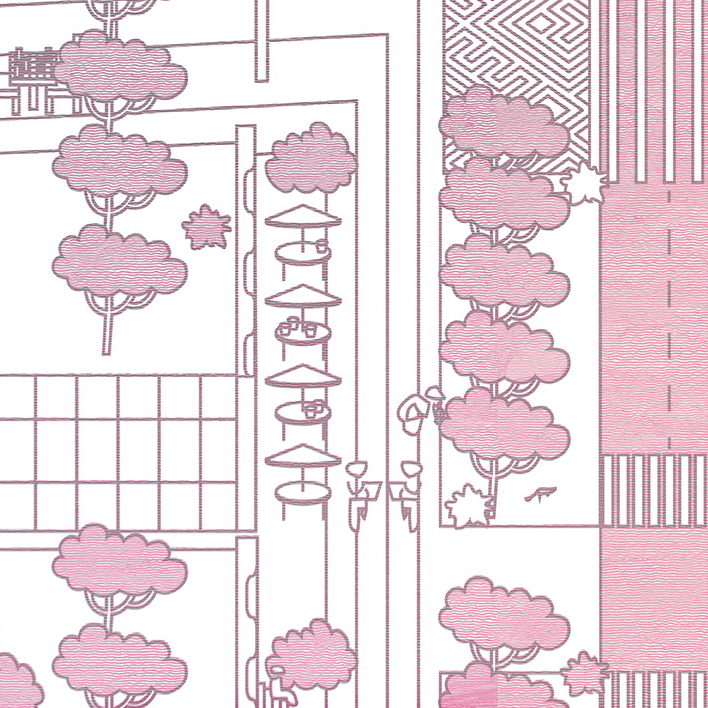 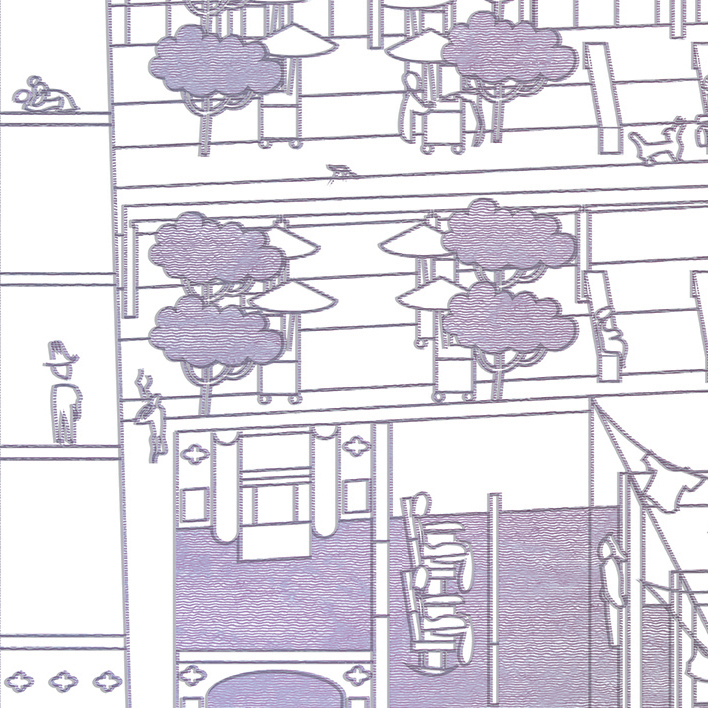 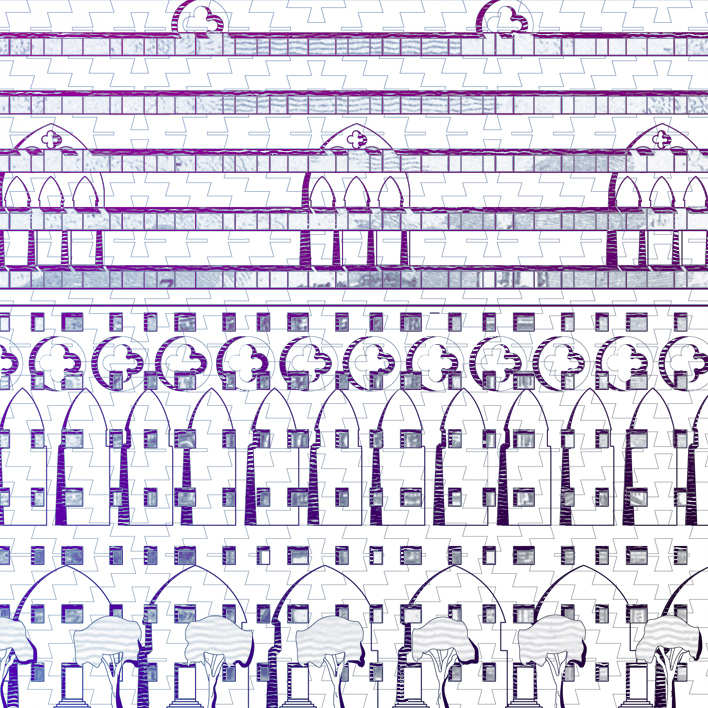 ↑ facade detail of bays and windows