Contemporary digital architecture is synonymous with homogeneous space, or smooth space ruled by self-similar repetition and spatial continuity. Spatial homogeneity projects the idea of the organism, that all parts relate to a whole and that all objects in space are bound to one another through universal, mathematic relationships. As a critique to homogeneous space, this project offers the idea of aggregation, which is the bringing together of similar or varied elements into a non-uniform body, lacking total integration or complete harmony. In this sense, aggregation can be considered the conflict between the consistent and inconsistent multiple as a means to challenge homogeneity.

Situated in the Piazza dei Cinquecento adjacent Stazione Termini and the Baths of Diocletian in Rome, this project mines the palimpsest of its site as a means to generate heterogeneity within an intensive cohesion. This project exists as both a third figure, between the two major urban forms of the baths and the station, as well as an interstice and joint blurring the existing strata. Whereas there was once a vast, homogeneous plaza, this project asserts itself as an aggregation of horizontal, vertical, and diagonal datums. Changing across the breadth of the site, the forms of the project are both internally cohesive, from building to ramp to plaza, and externally referential, strengthening existing conditions on the site and pointing to new affinities both near and far.

Blurring figure and ground, the objects of the building program are displaced internally, adding another layer of spatial heterogeneity. 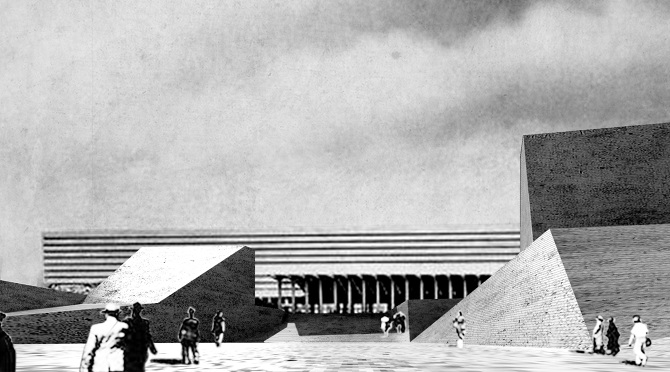 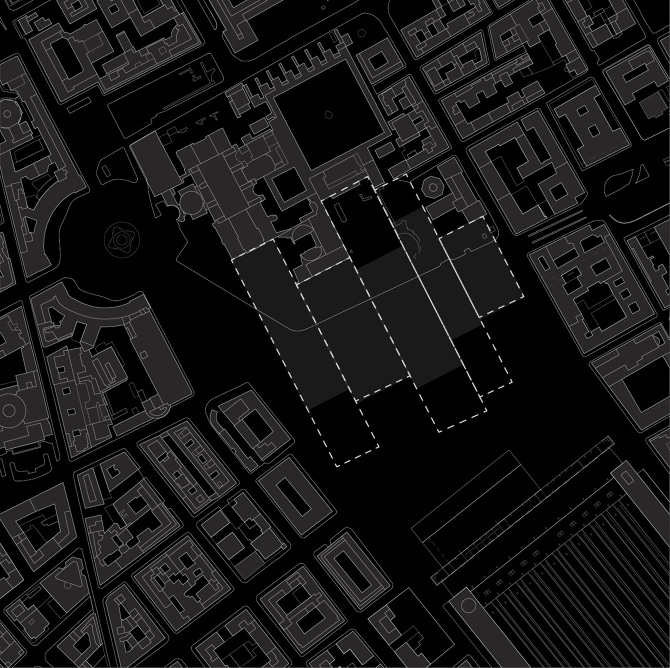 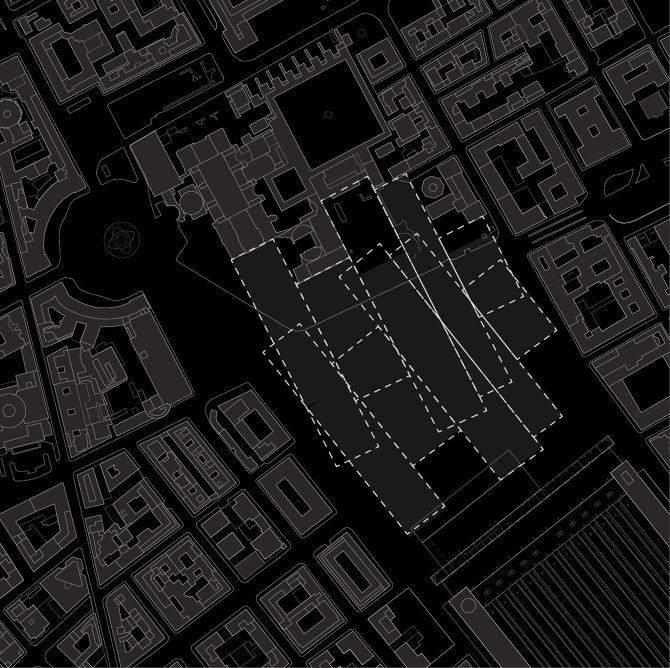 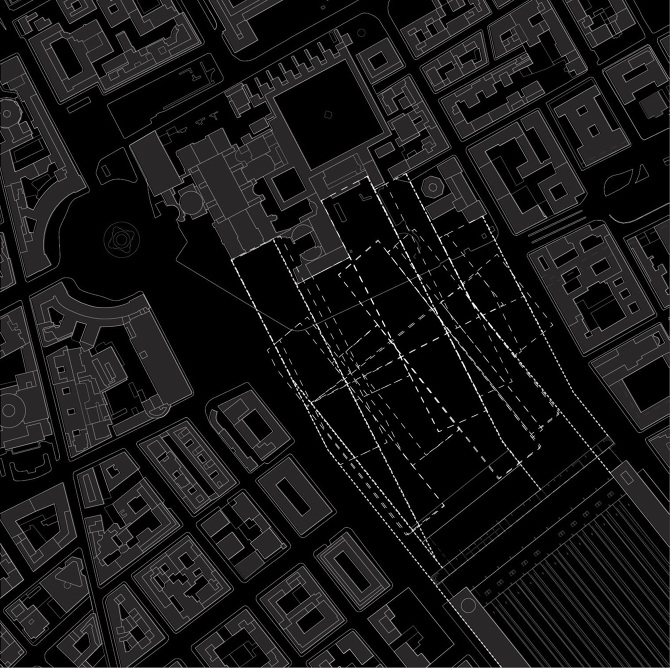 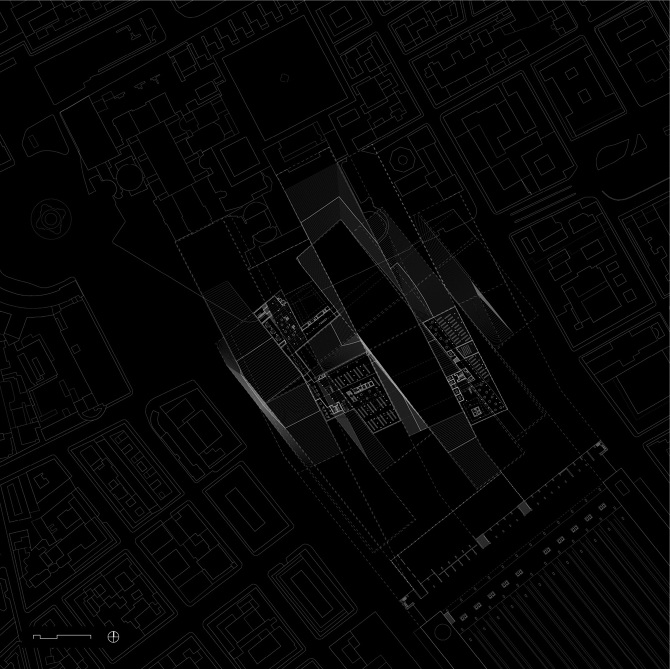 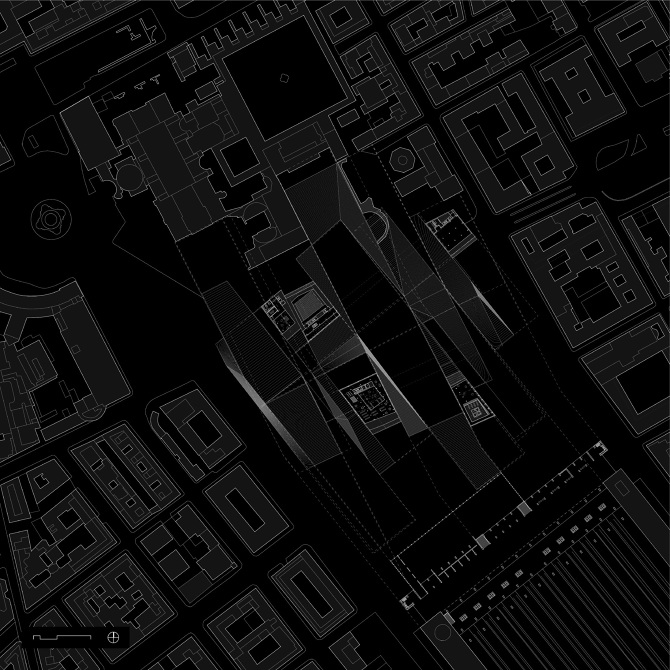 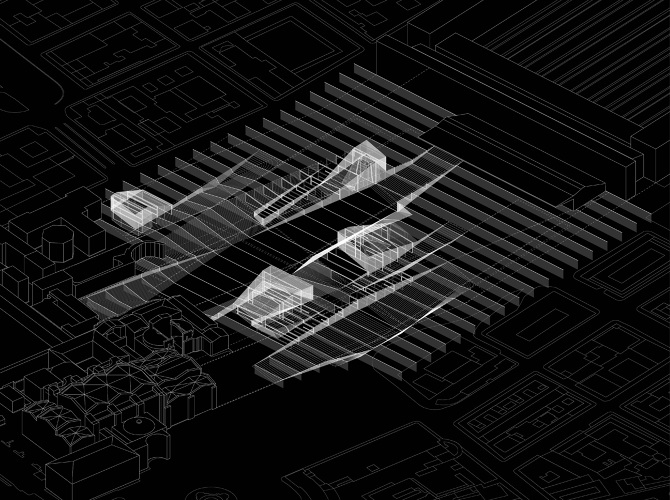 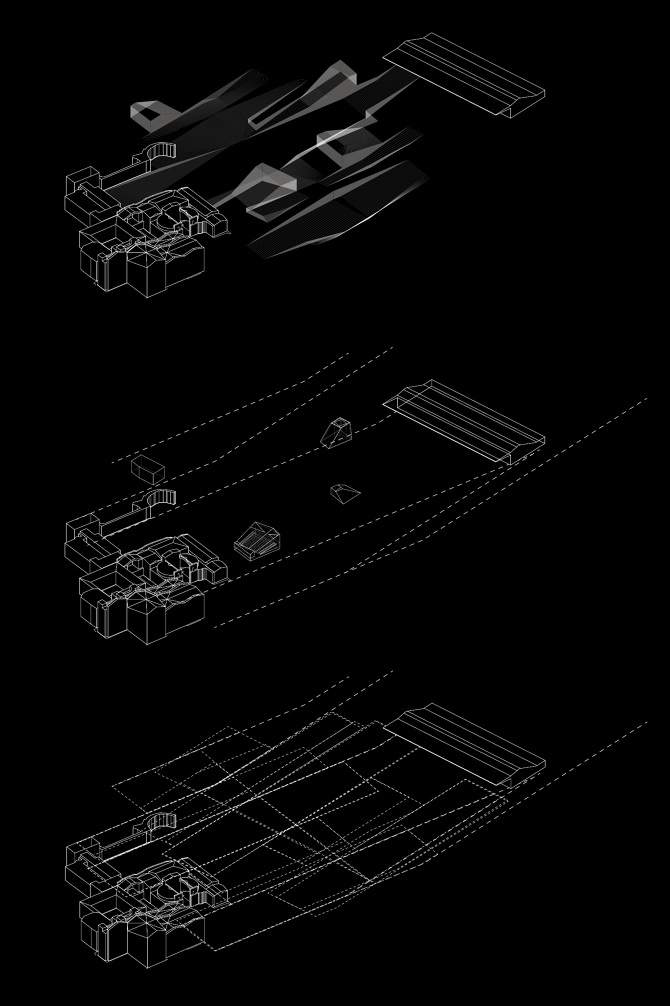 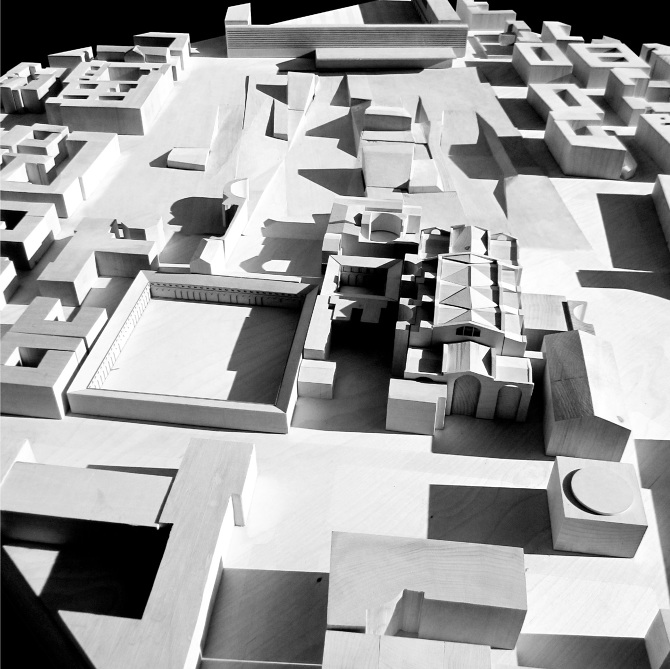 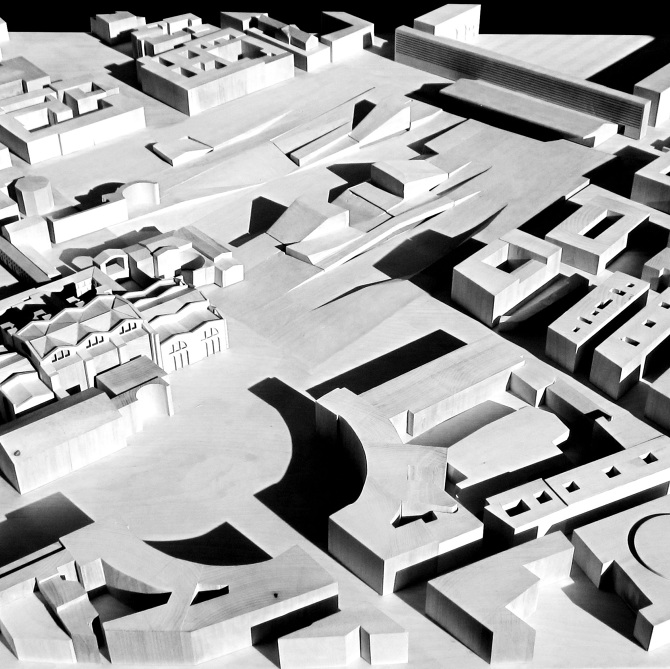 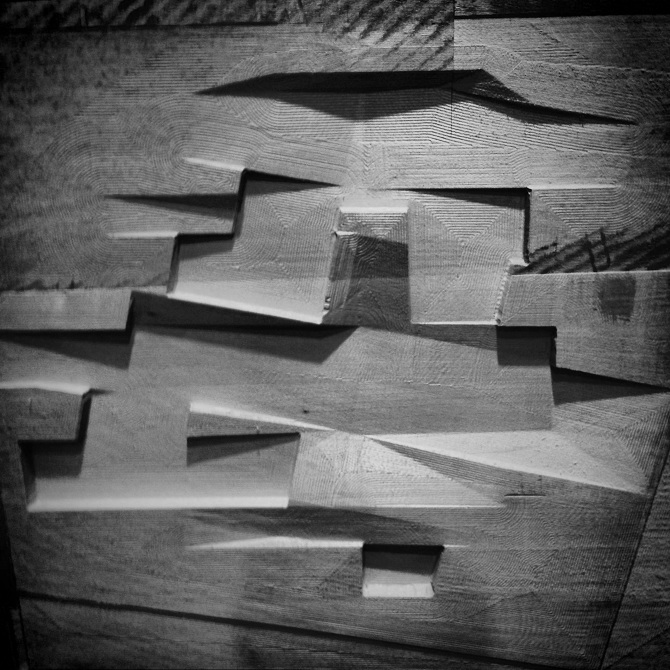 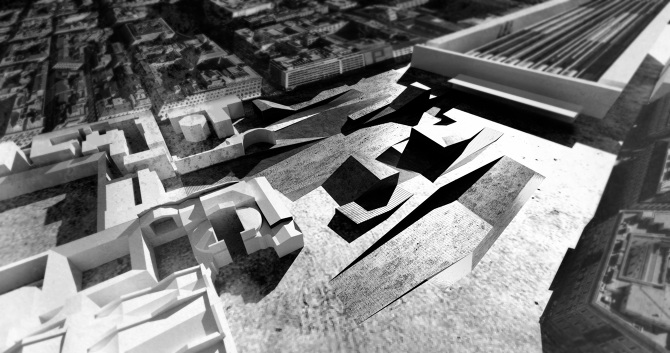