There’s no absolute enemies between any two countries, just like there’s no absolute allies. There’s always a co-existence of sharing interests and conflicts at the same time between any two countries on the planet. Since politicians are those people that are experts in using verbal camouflage to soften hard truth, to pursue for which they represent. US is an international actor playing nation-branding performance on a global stage. US is always advertising itself as the perfect country represents financial power, military power, freedom and equality. People from around the world try everyone to realize their American dreams all their life.

In order to reduce the hostility from local people around the Embassy. Local urban fabric is reused in a formal way to avoid being an alien to the surrounding neighborhood. The most distinctive characteristic of Amman is its urban fabric. Located on a hilly topological landscape, the urban fabric consists of a series of smaller volumes with different height variations. Compared to a big chunk of volume taking the entire site, it is much more closer to the human scale. The facade facing the neighborhood is minimal in its opening to satisfy the security requirement for Embassy. While inside of the Embassy compound everything is rearranged. A series of volumes are set into the boundary of the building. They reads as a solid functional building from outside, but they are turned into either a circulation space, a courtyard, a reception area. The real functional space are hidden below the roofs surrounding those voids. The relationship of solid and void are recreated in a way to depart from outside skin while at the same time activate working space.functional spaces are arranged along the perimeter walls of the compound. The organic plan arrangement enables different courtyards to fit different functions. 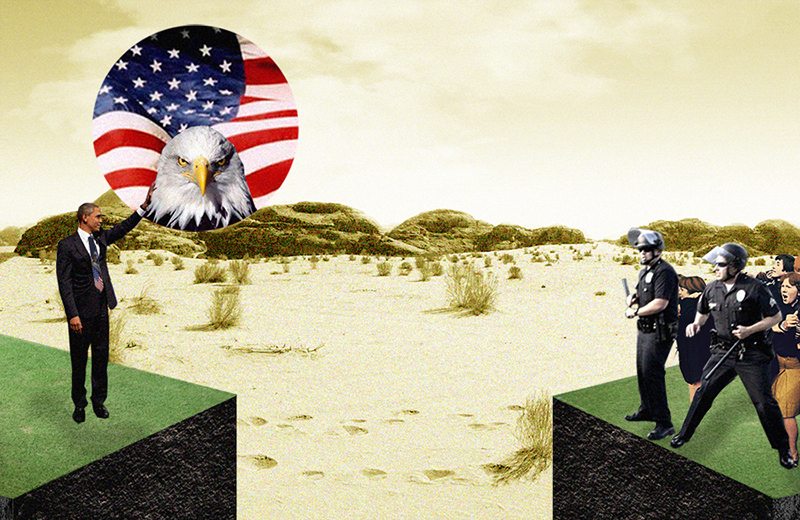 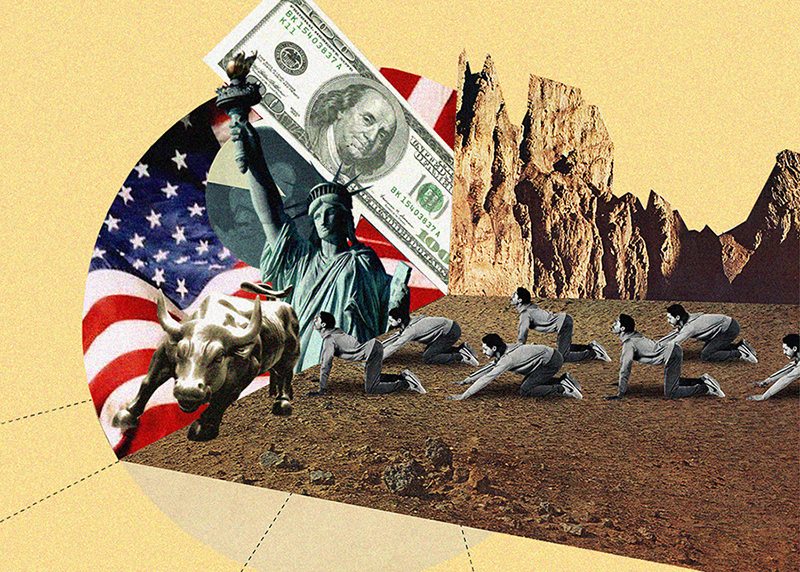 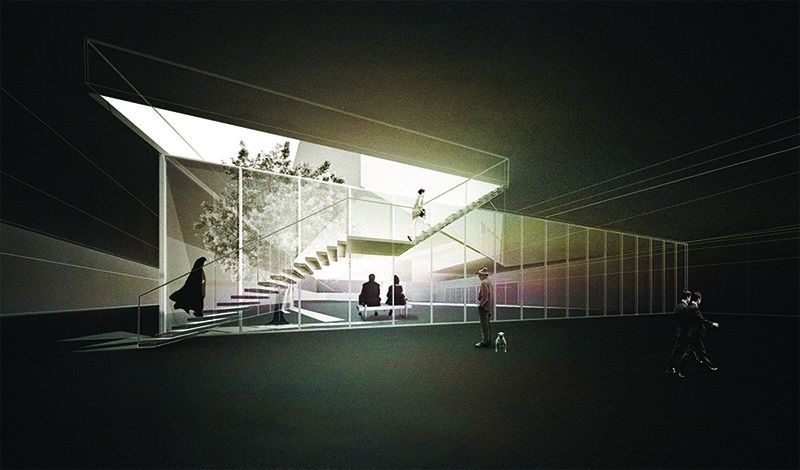 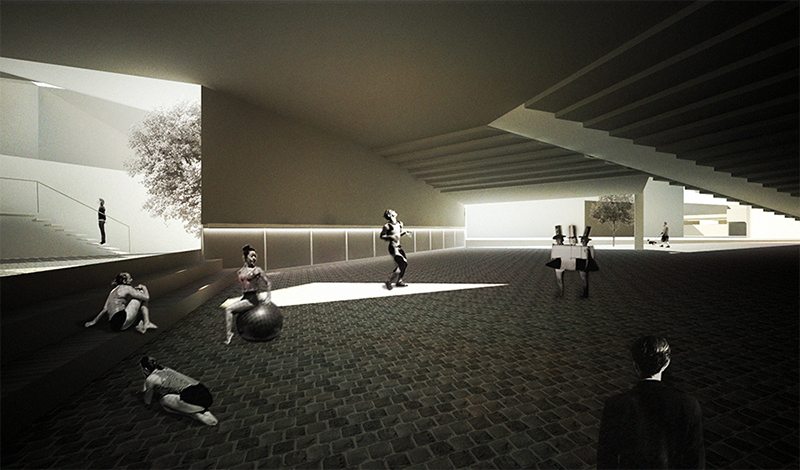 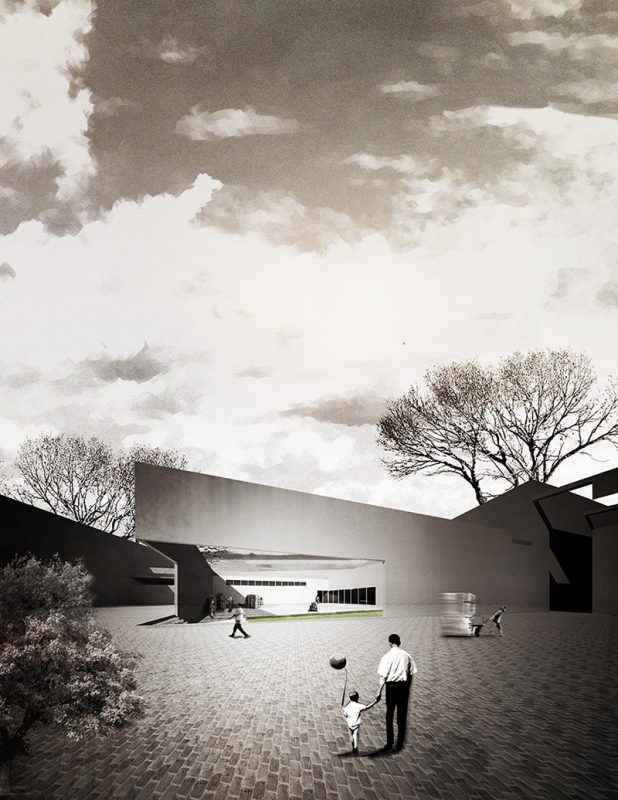 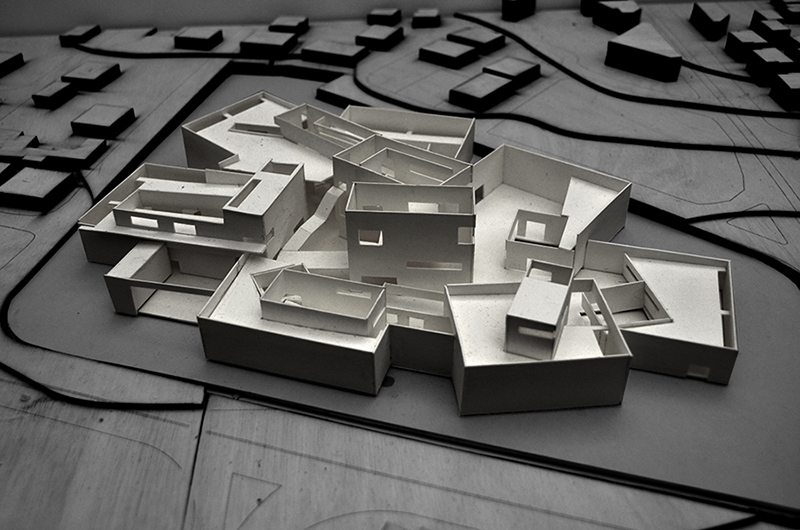 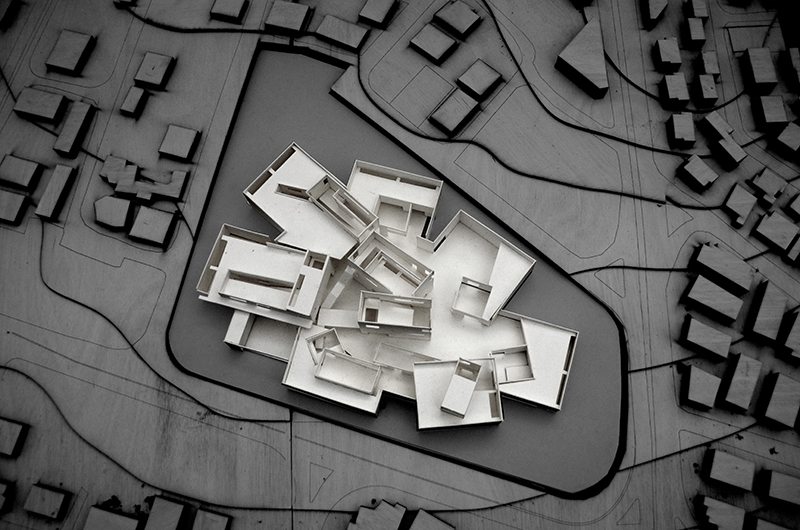