“No other institution conjures such a visceral nostalgia as the University in the United States. With shaded quadrangles and Ivy-covered edifices, the University campus has engraved a vivid image in the minds of the millions that have dwelled upon it. The University is a utopia, as Le Corbusier remarked, “a fleeting period of graceful life.” For many the University is paradise, a fantastic image reinforced by its ubiquitous depiction in all forms of cultural output. And yet, is important to remember that the early history of the University in the United States varies wildly from the institution’s utopian emergence in medieval Europe. In Europe, the University was at first just a peripatetic confederation of scholars without buildings, prone to wandering—impelled, in most cases either by the promptings of a Town whereupon the scholars had overstayed their welcome, or by a better offer from a rival City. Without dedicated buildings universitas was literally placeless, and literally utopian. It endures as one of history’s most vital utopias.

Today, the University is an outpost of the market, and Campus a territory of late capitalism. For the Institution to regain the precious ground of autonomy, it ought to remember that campus, while referring to ground, structure, and locus of the Institution, originally referred to a battlefield. Now, it would seem that the field has been lost to the market. While the University must strive towards autonomy, it cannot become a hermetic enclave. Throughout its history the University has been, for better or for worse, bound to its reality—and all of the frictions and compromise that entails. Campus thus imagines a radical accommodation of the forces that seek to transgress the limits of the institution and its ideals. A project of utopian realism, Campus recognizes the reality of the University in late capitalism as itself a complex fiction constructed by global forces, and asks: what might happen to our battlefield—campus—when we recognize the forces of global capital as manipulatable flows rather than adversarial conditions?

Whereby separating education from the reproduction of value constitutes a difficult decoupling of the University’s contemporary functions of economy, it can reposition the university as a necessary, productive public at the center of society. Campus proposes a space for the exchange, pursuit, and generation of Knowledge that empowers the Knower (that is, today’s precariously situated Knowledge Worker) by establishing a discernible place for him within urban society. The Knower is a unique member of the contemporary Knowledge Society. Precariously employed, highly educated, and young; the Knowledge worker’s needs are worlds apart from those of previous generations. Frenetic nodes in a highly charged network, Knowers thrive on proximity, flexibility, and security.

And yet, the university by way of its pernicious intimacy with the complexes of capitalist production, is essentially a normalizing institution. While the history of the late twentieth century was punctuated by moments in which University’s complicity with the mechanisms of late capitalism incited popular unrest, the story always ended in the same way: a brief period of popular consciousness is followed by an inevitable return to order by means of police action. The violation of the campus’ political bounds explicates the crisis of autonomy in the postmodern university. The superposition of disparate political orders is irreconcilable within the totalizing framework of the late capitalist global city. At the same time, traditions of autonomy, whether assumed de facto, or juridically codified, or completely imaginary hold the precinct of campus as an extra-political space. This irreconcilable conflict is at the heart of globalization’s absorption of the University in the twenty-first century.

If in many ways campus is no longer the utopia we once dreamed it—Universities are no longer isolated, no longer inaccessible, they are increasingly integrated with government and industry—then Society has perhaps at once gained a constellation of “Some-places,” while losing a prized “No-place.” More important than nostalgically mourning the loss of utopia, is asking the question, “Quo vadis?” In light of universitas’ recent departure from the American campus, we ought to remember that utopias have a disheartening habit of turning into dystopias. It is clear that our late modern Universities have largely eschewed the autonomous qualities of universitas in favor of an embrace of capitalism and its productive virtues, and, that this adoption has produced new campus forms. This is not a pessimistic appraisal, but rather an observation that the incursion of external forces has historically induced change in institutional and architectural realities. Given this fact, campus—architecture & territory as University incarnate—holds a glimmer of hope for the University to again approach universitas.” 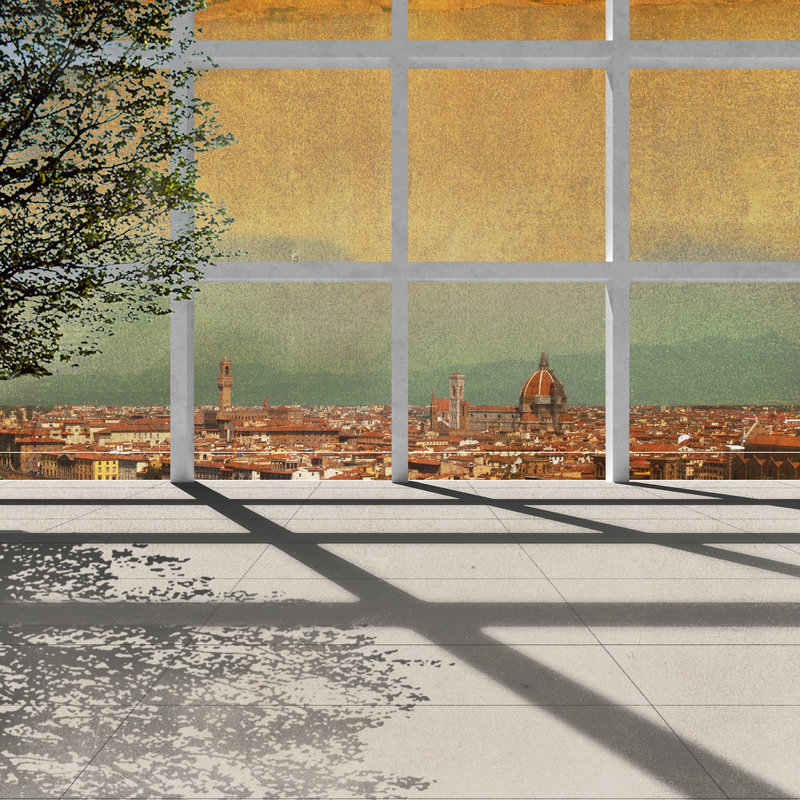