This project takes aim at the experiential effects of the city while satisfying planning techniques for the cities growth. The city’s main prerogative is creating a sense of psychological adventure for the inhabitant as it uses its own techniques for growth to produce effects that are perhaps unconventional in nature.

By exploiting techniques of repetition normally used in literary contexts, sets of rules are produced for the growth of the city. While the rules are slightly dogmatic in their own right, sometimes circular in logic, periodically unsympathetic to architecture, and at times self-referencing, they reflect the nature and essence of the city itself.

As a byproduct of the rules, the city grows in a linear fashion with a starting point and a unidirectional axis of growth. It starts with a fixed width of three miles and a length of 500 feet as a bar that is subdivided into main avenues, and subdivided once more with urban fabrics. These techniques are then to be repeated using the rules set forth. As a result, the rules have different effects on the architecture it reproduces. Once an original building is copied or repeated, it loses its original program, and instead becomes a shell that adopts a new program based on need in that area. This misalignment of program and building type parallels the attitude towards architecture as the city continues to grow. As a secondary set of rules, or effects, by the time the city reaches major terrain changes, the architecture takes on different qualities. The rules of repetition are shifted slightly in a way to allow for architecture grow vertically. The architecture collides both formally and programmatically, thereby creating building hybrids that are unsympathetic to the formal, programmatic, or stylistic implications of its counterpart.

With the cities growth being unidirectional, it lacks a center, but instead the city becomes sprinkled with small areas that offer psychological territories; this is in attempt to create a type of cognition for the city. This, in conjunction with the techniques of repetition, would produce a temporal sequencing of the city that would garner affection from sublimity, diversity, or even fragmentation. 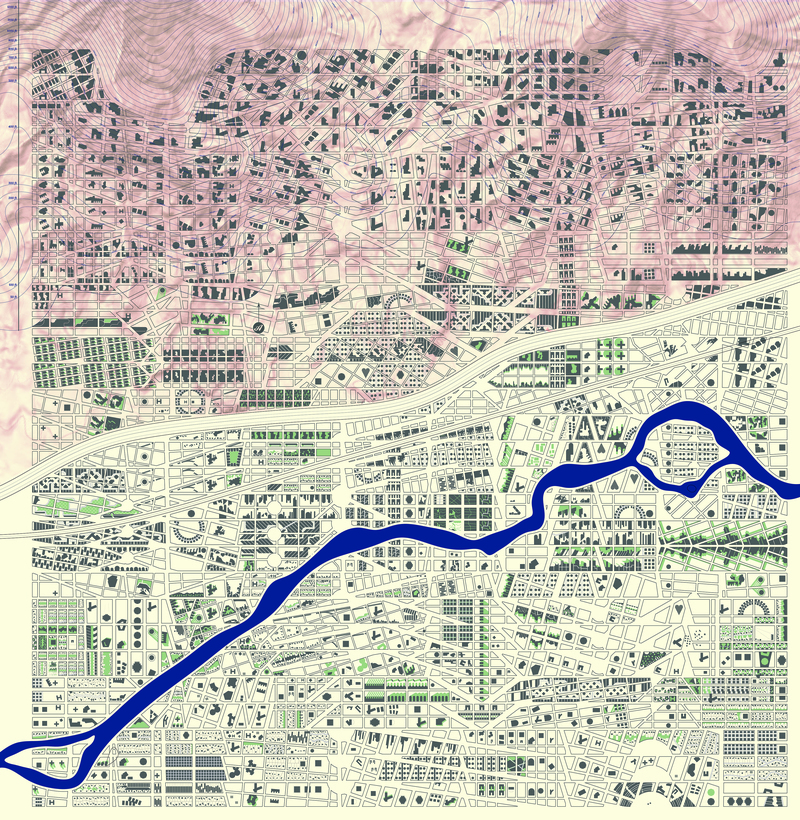 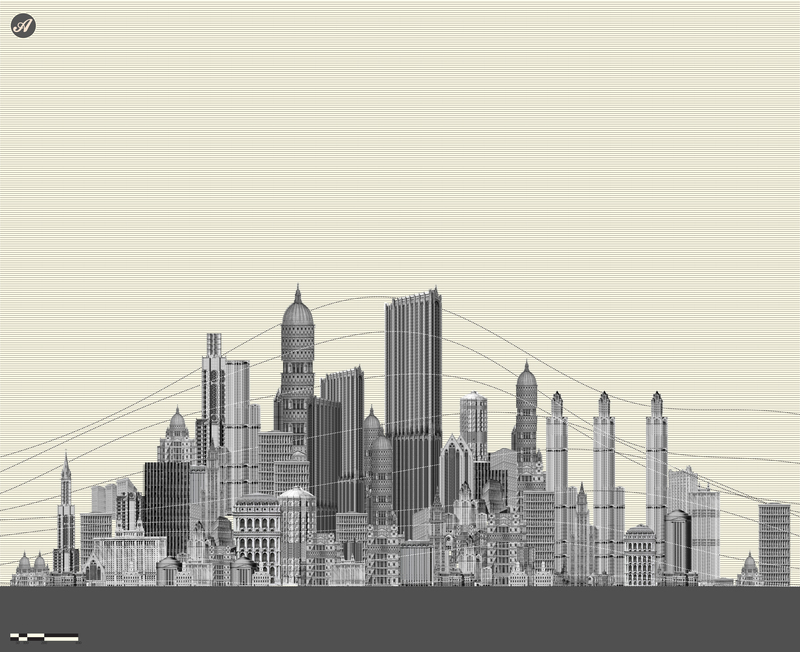