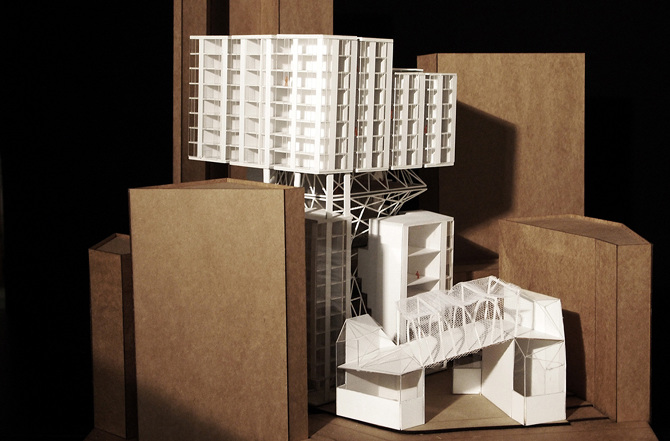 The project creates a vigorous collaboration and a cross-disciplinary dialogue between the internal vehicle, which is the social space, and the four residential neighborhoods.

For each type of residents, there is a standardized unit plan. The four housing typologies are different yet built on the same modular scale. This allows the formation of the unified social façade emphasizing the linear verticality of the neighborhoods, in contrast to the double-curved social space. The flat surfaces of the residential façade envelopes the housing units, which is directly interacting with the internal vehicle on the inside.

Clustering Communities are made up of clusters of neighborhoods suiting different types of users joining together to form a complete community linked by the internal social space. This collaboration not only influence the residents within the complex, but also add more colour to North Point, an old district that is full of people but lacking public communal space for them to gather.

With the typical extrusion of the site, the block is divided up for the four different types of users. With the interlocking blocks of the four neighborhoods, the void between them can be used as the social space. Programs are inserted to the void, with the ones more public, such as the playground and the sports ground, nearer to ground level. Based on their needed floor area and height, the programs become blocks within the void. They are then linked together to create a fluid continuous space. The form is then defined, with the diagrid structure as support and boundary, creating a column-free internal social space. 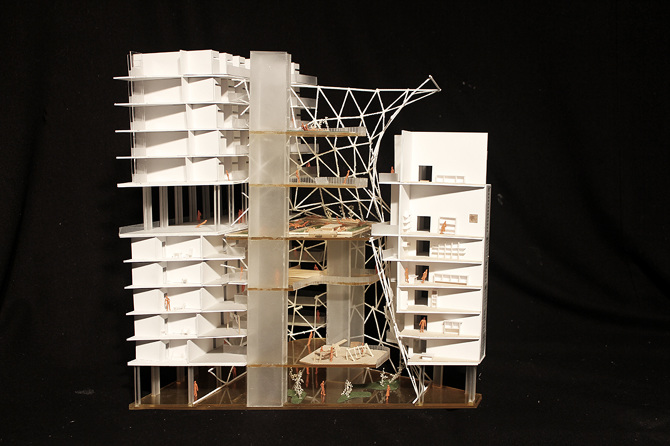 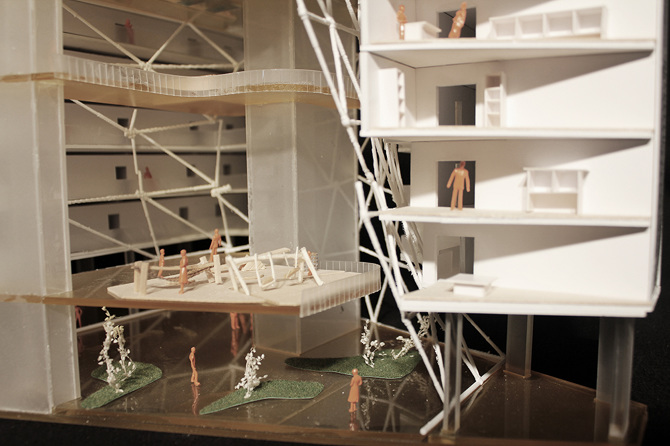 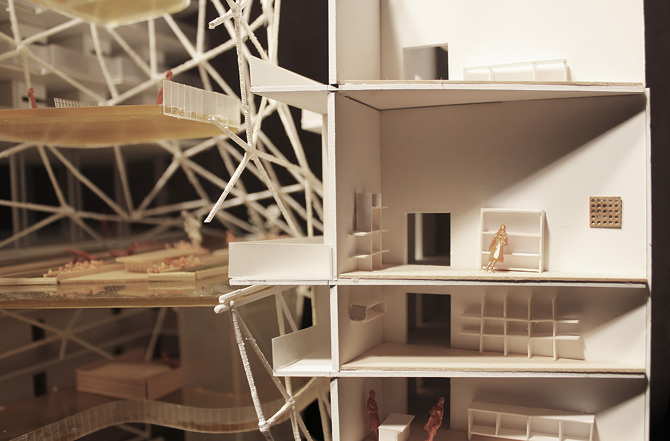 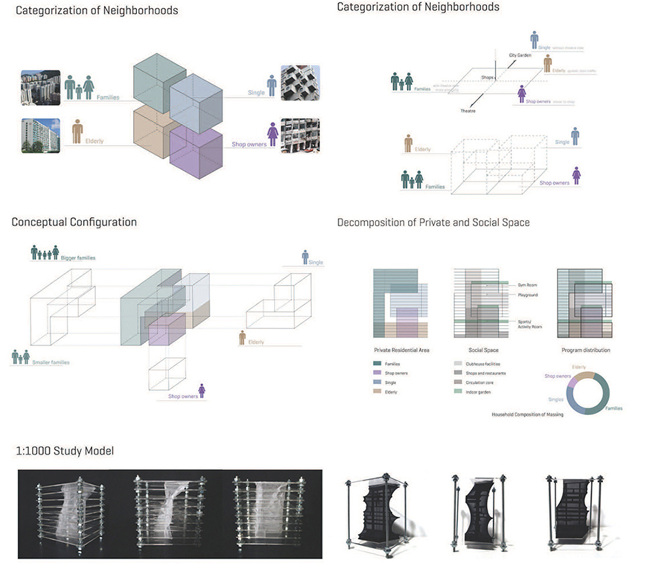 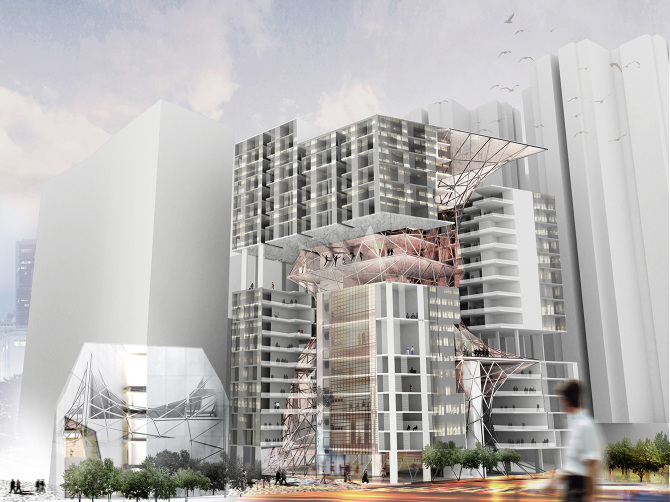 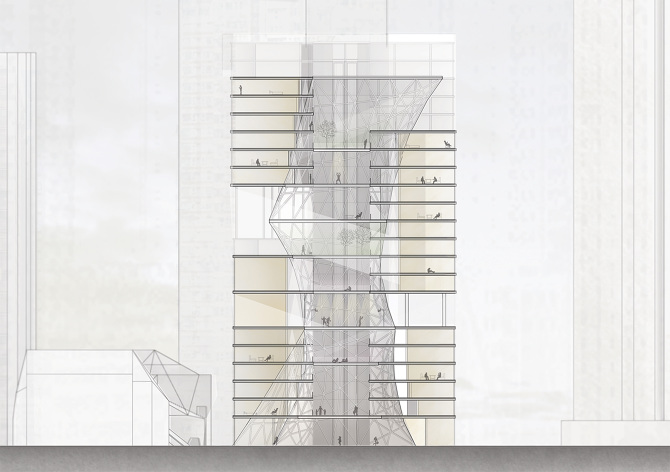 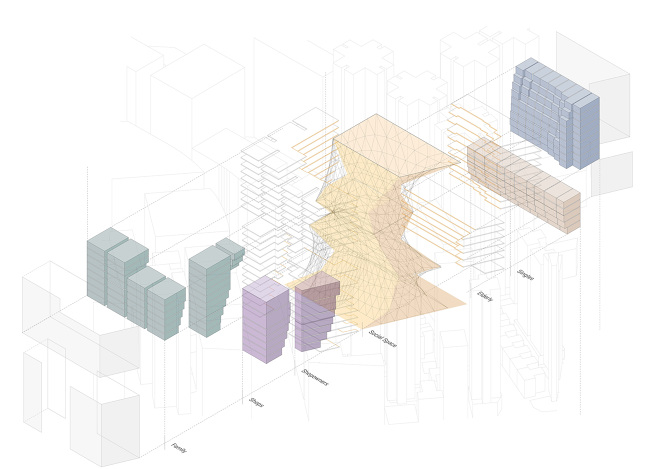 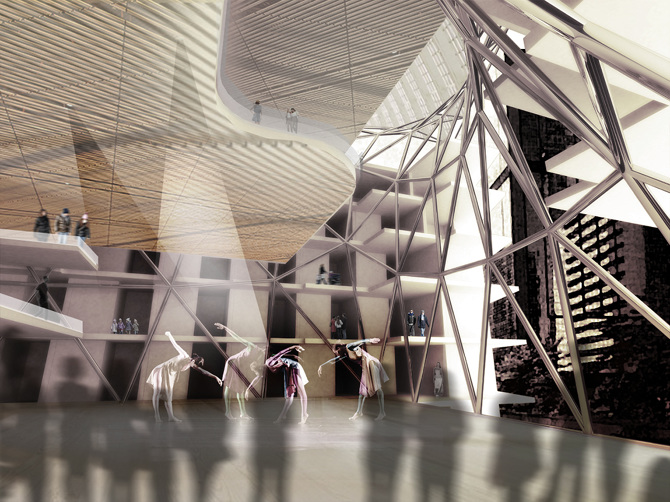 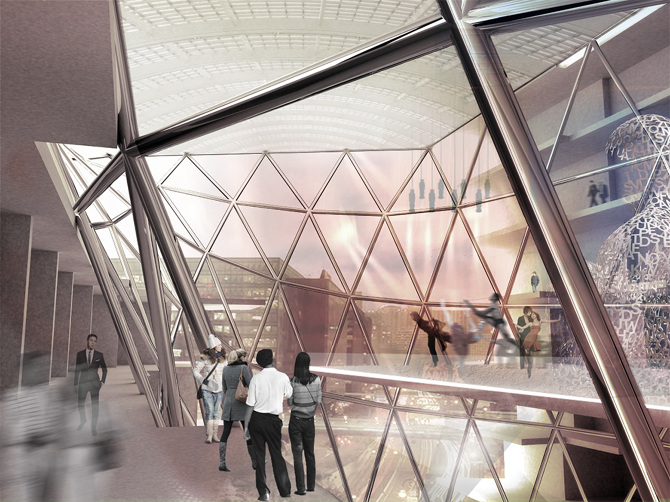 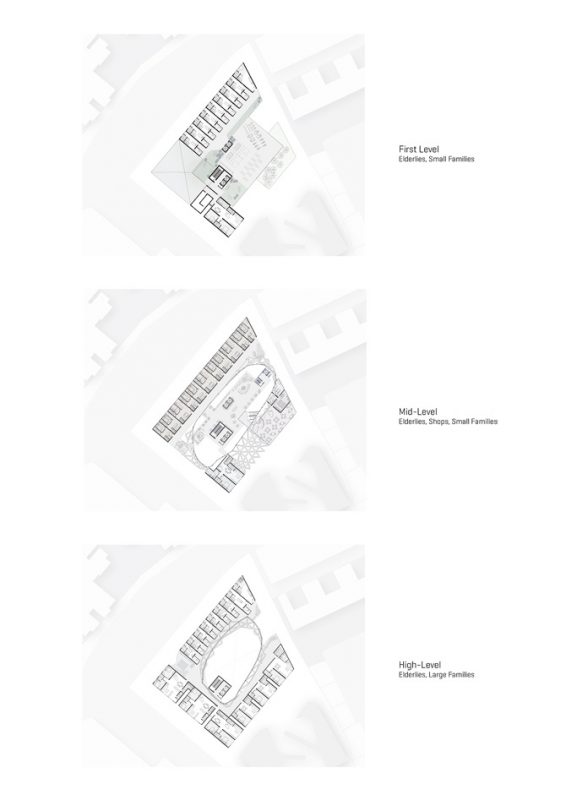 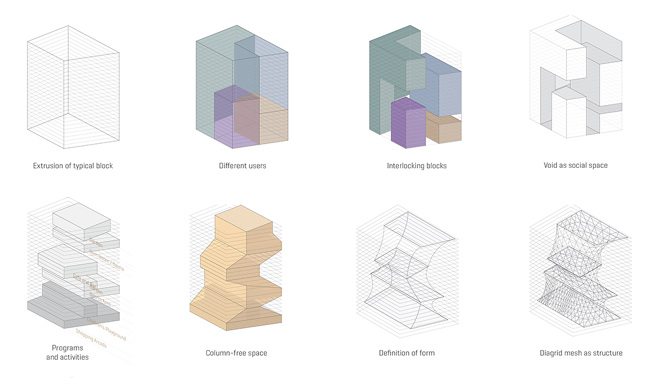