The tower typology has been traditionally defined by its structural, aesthetic and programmatic necessities, and the most imposing component has been the central core. This methodology has offered, through numerous examples of office skyscrapers, a solution to these limitations through subdivision around a designed centerpiece. However, despite its efficiency and predictable design, it is not a viable framework that would allow for a flexible self-organizational model to fully flourish. The proposal is for an office tower that seeks to decentralize the core so that its functions exist within a highly articulated building envelope, thus freeing the interior space in its entirety. By forcing services outward, and program inward, the project aims to reconfigure the normative aesthetic, functional and structural conditions of the tower in which their relationship changes with the undulating form that prescribes a new type of spatial hierarchy.

↑ front view of the tower in Cooper Square, NYC 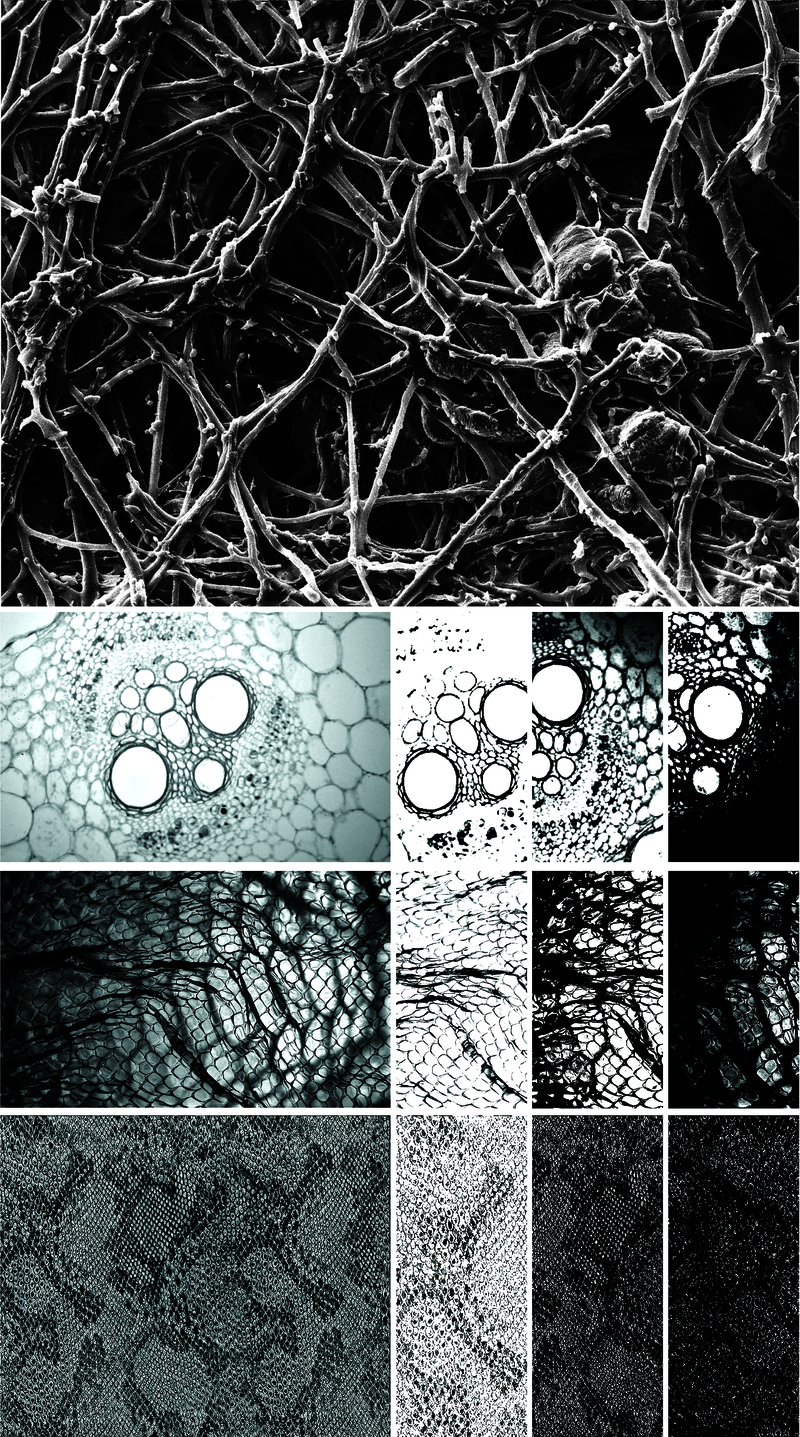 ↑ natural envelopes (microscopic view of eggshells, cross section of plant-life, and reptilian skin and scales) studied to extrapolate architecturally relevant patterns to be used in Grasshopper 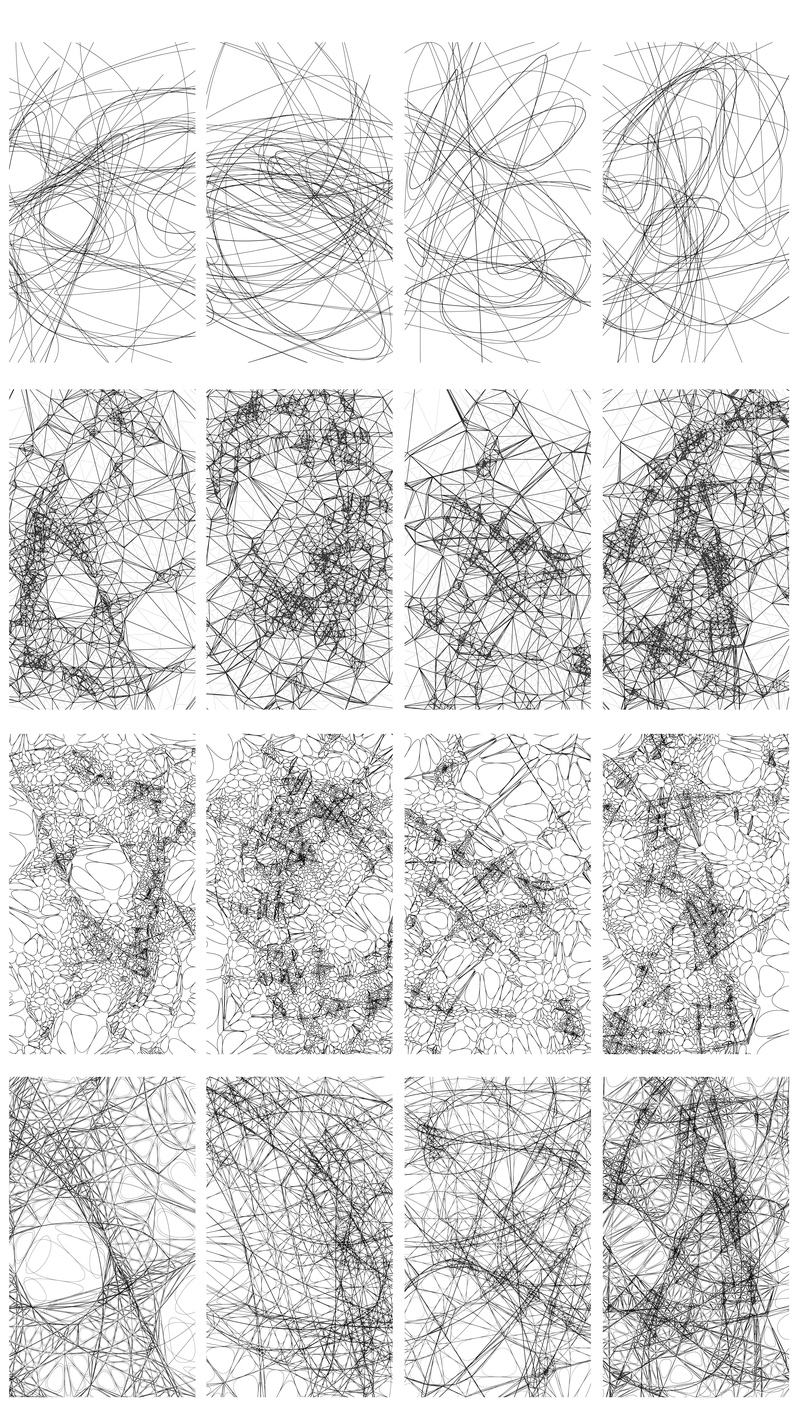 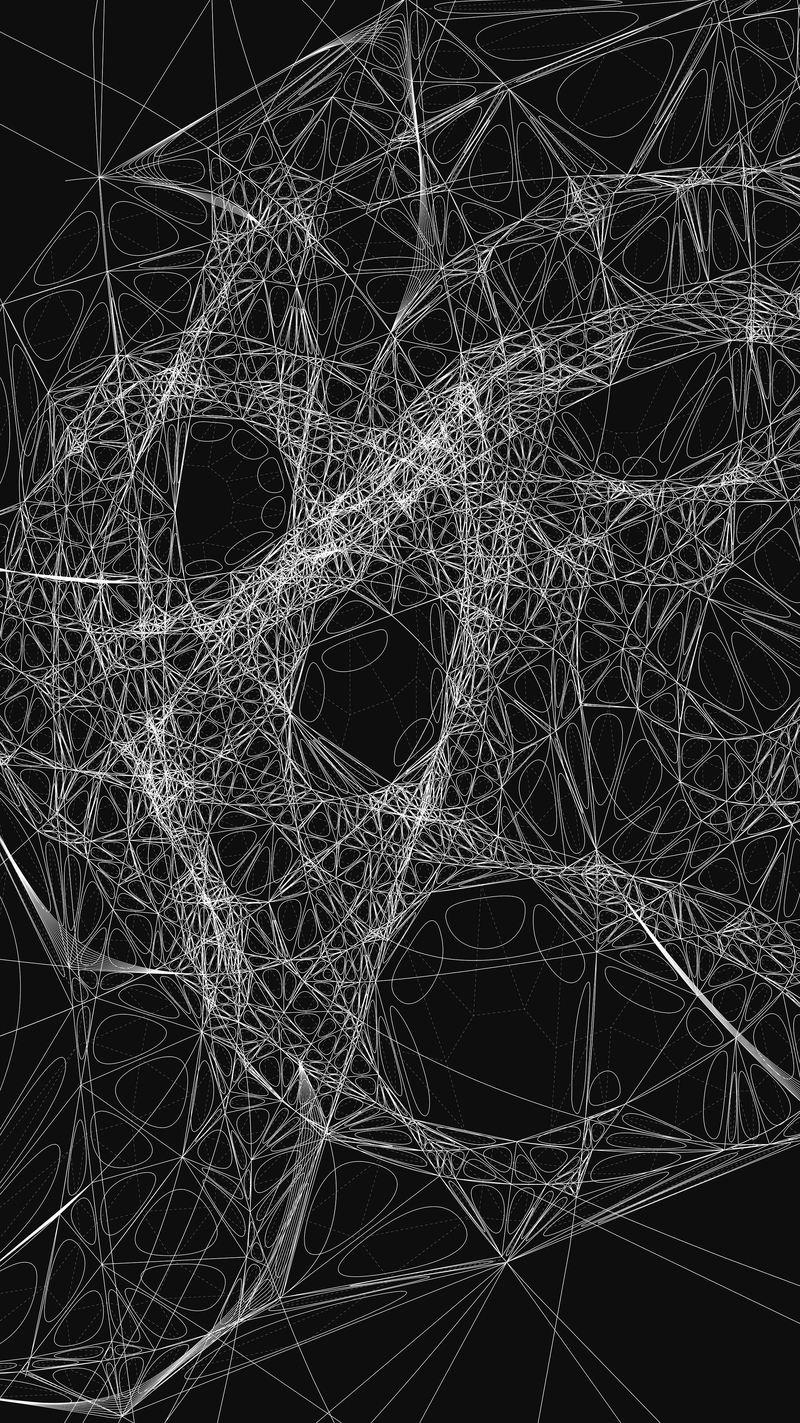 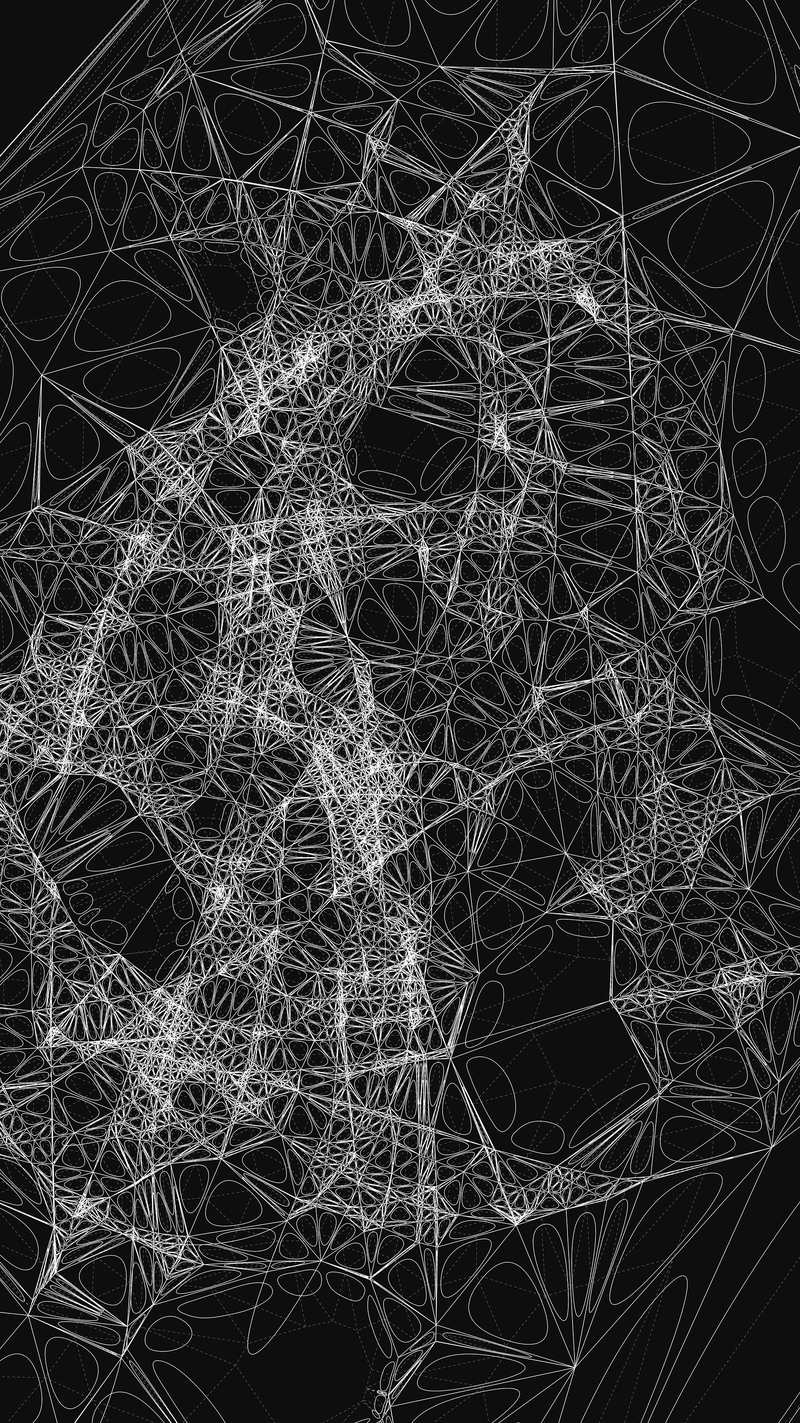 ↑ designed patterns developed in Grasshopper in an iterative process to create a ruleset and narrative for creating a holistic architectural envelope: the final patterns revealed consistent ‘cells’ and ‘ridges’ that informed the final tower

↑ initial 3d models that breakdown the thickness of the envelope and how the newly discovered form can develop spatial qualities
↑ 3d printed models of the ‘habitable ridge’ i.e. the office spaces in the tower as well as of portion of the façade at its thickest moment
↑ iterative attempts at finalizing the form of the tower that would then adopt the envelope that was developed beforehand
↑ final model of the ‘ridges’ and ‘cells’ brought together into the final construct

↑ composite plan and breakdown of the outline of all floors in the tower: the overlay of all floors illustrate the transformation that the tower form undergoes along its length
↑ level 01 floor plan – entry level

↑ building section and detailed call out of envelope 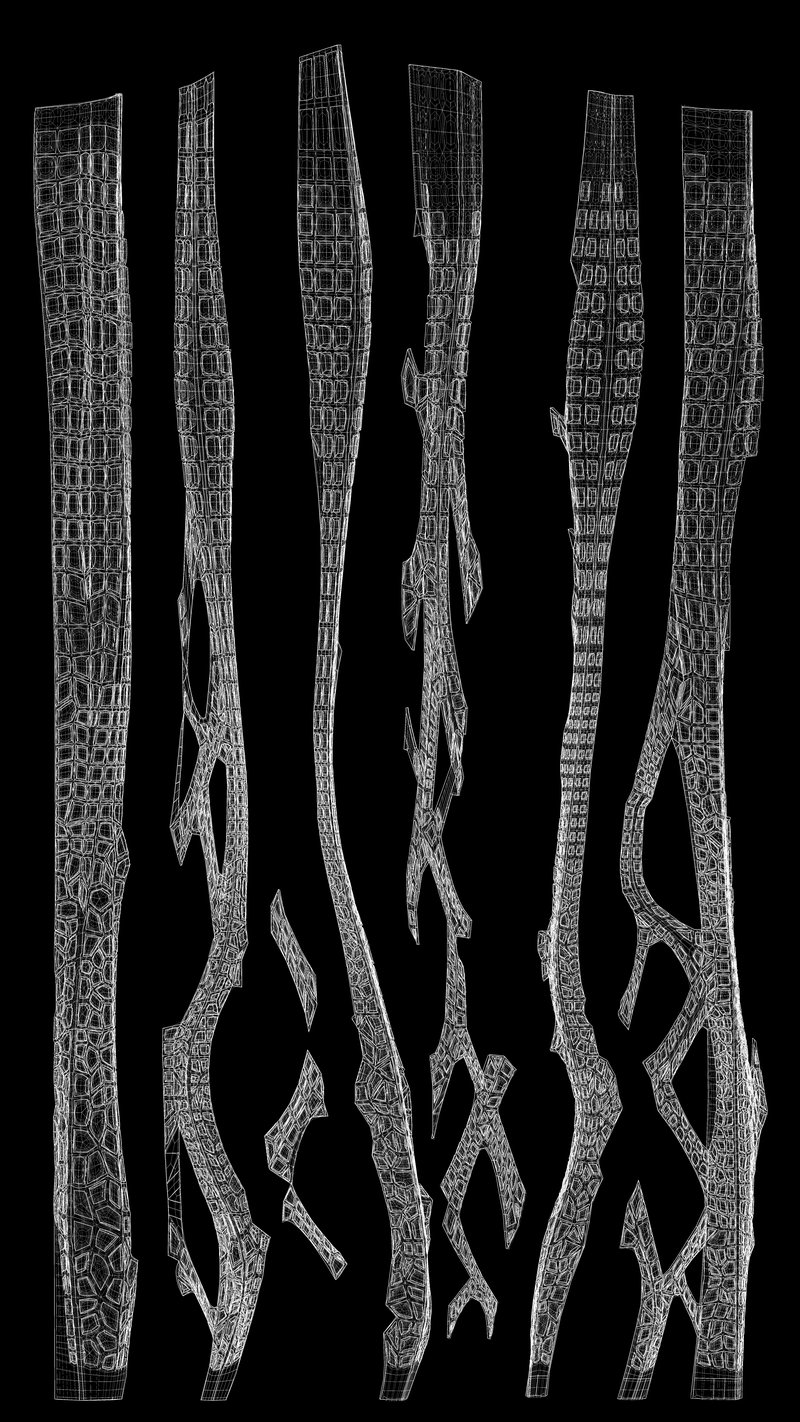 ↑ unrolled elevation of the tower i.e. all ridges unrolled and flattened to see change in skin and how the envelope can be broken down and connected

↑ sectional perspective highlighting the lack of a central core that has been replaced by a large atrium on the upper levels, another inverted atrium that terminates in the lobby, and a moment of interconnection between them grown out of the thickened skin and hidden diagrid structure

Nice concept! I too have come under the influence of the “core” problem with office towers. Well.. “core limitation” lets call it. The proposed solution is pretty cool and reminds me of the thesis of Mark Bearak ( https://www.youtube.com/watch?v=vr_oUdahaiA ) in form not necessarily in concept. The tower does look a little more top heavy than I anticipated. Beautiful drawings! I worked on a project in China which addressed this issue as well where the building itself actually slid off of its own “core”.. though it was still attached with walkways and a secondary core anyway. http://www.gbbn.com/Projects/Community/Daan_Jinyuan~Huangdao_International_Financial_Center/#slide_1 All the best, scav

Hey Ryan, thanks for the Mark reference! The proposal for a coreless tower came directly from our professor at first but our interpretations of it in real terms was heavily inspired by the Capital Gate project. It featured a curving diagrid and an atrium in its upper half with its core displaced toward its rear facade. We were clearly inspired by that concept of displacing services outward and hence how the ‘ridges’ came to life in this project. The double atria in the section was our way to resolve the emptiness of the now empty ‘core’ space in a designed fashion. This was also reminiscent of moments in Capital Gate (in its office spaces) but also of the architecture of John Portman who really sold me on the idea of multi-storied atria…