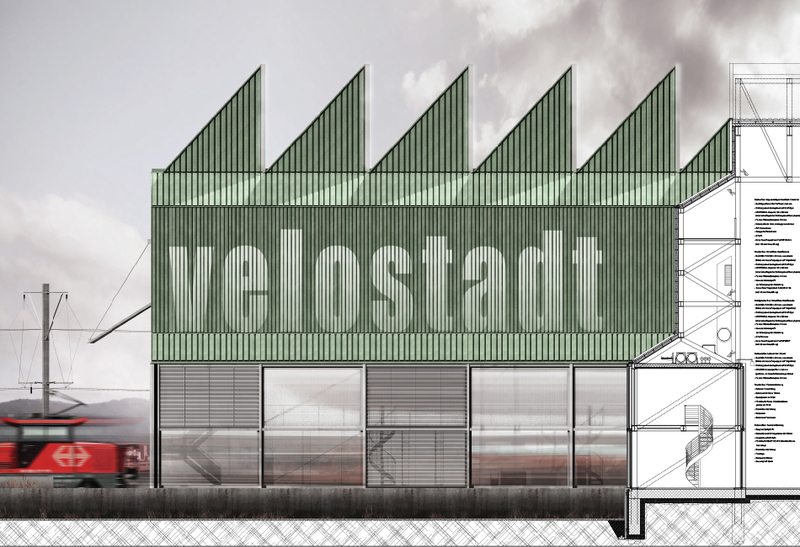 The specific image of the track field areas with their infrastructural and post-industrial buildings should be completed by a multifunctional cycle complex. By creating a building in that manner, the goal of the project was to preserve that existing site’s atmospheric character.

The solitary cycle city with its physical and formal appearance stands there in analogy with its former industrial and infrastructural buildings. Green lacquered profiled trapezoidal sheet forms a textile dress, which opens itself on the ground floor and make the world of track fields to be experienced from the inside.

The architectonic idea of the cycle city deals with a space containing steel structure surrounding a big hall as an urban space (for an urban cycle-culture). Over this hall, a hanging velodrome forms the building’s centerpiece. With its fluid and wooden design, the object creates a formal, material, and constructive contrast to its surrounding hall.

Conceptually in contrast to each other, the velodrome-sculpture and the hall demand for a major coherence between linear truss-structure and sculpture. Space spanning trusses serve as suspension points for small offices, the velodrome, and the form. The structure is topped with a shed roof with its characteristic outside expression that illuminates the hall from the zenith.

Over a small bridge people enter the building through a development in the structure which is an observation platform for velodrome-races, too. The multifunctional hall-space is surrounded by small manufactures, workshops and restaurants/bars with their double story sales area. The conception of the shops should contribute to a busy market atmosphere with a taste of garage culture. 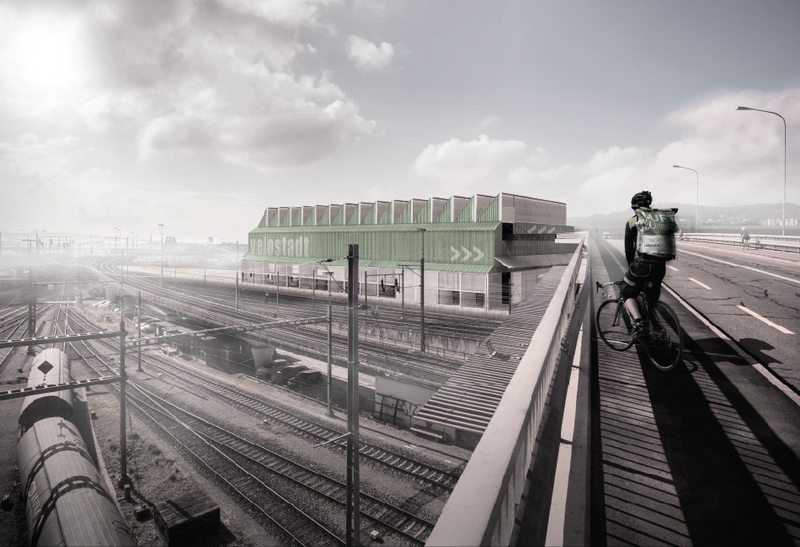 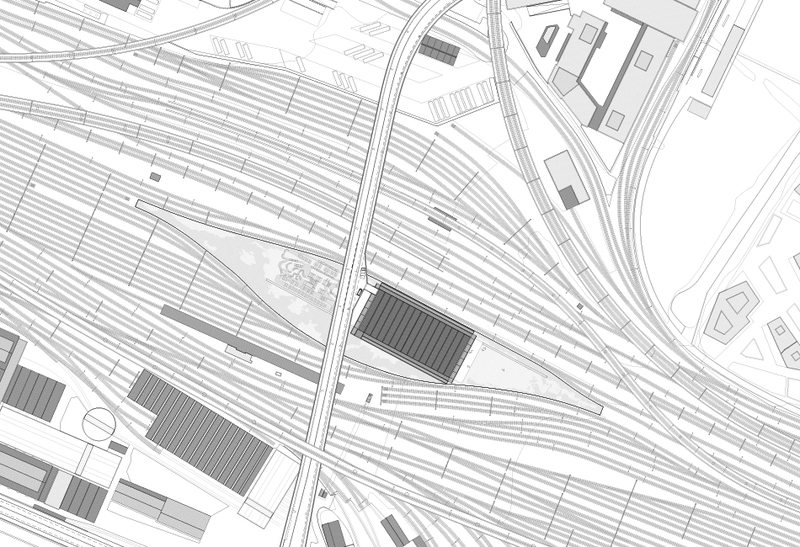 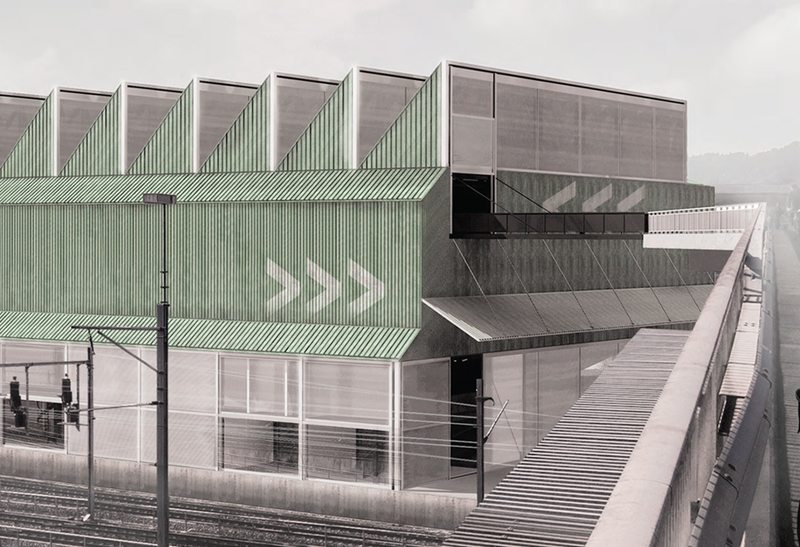 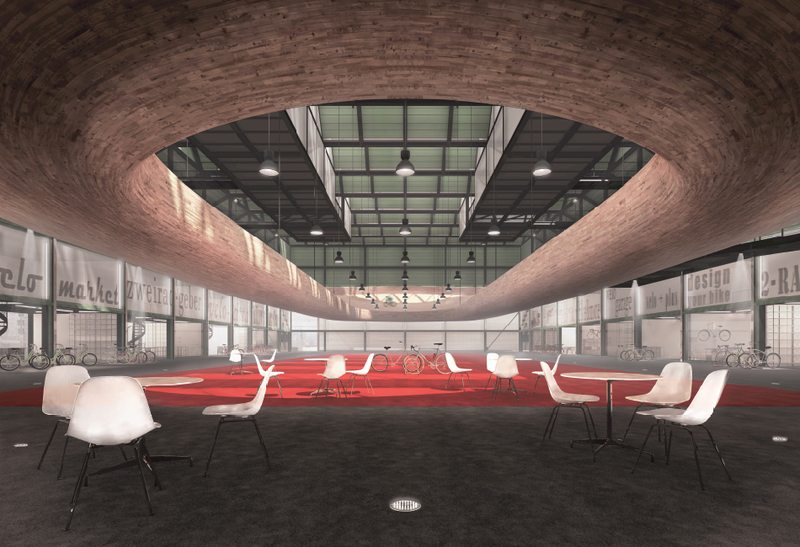 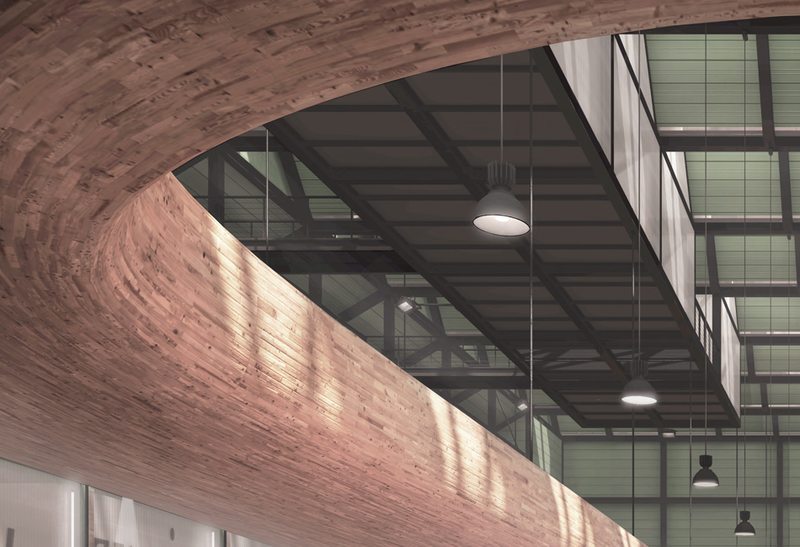 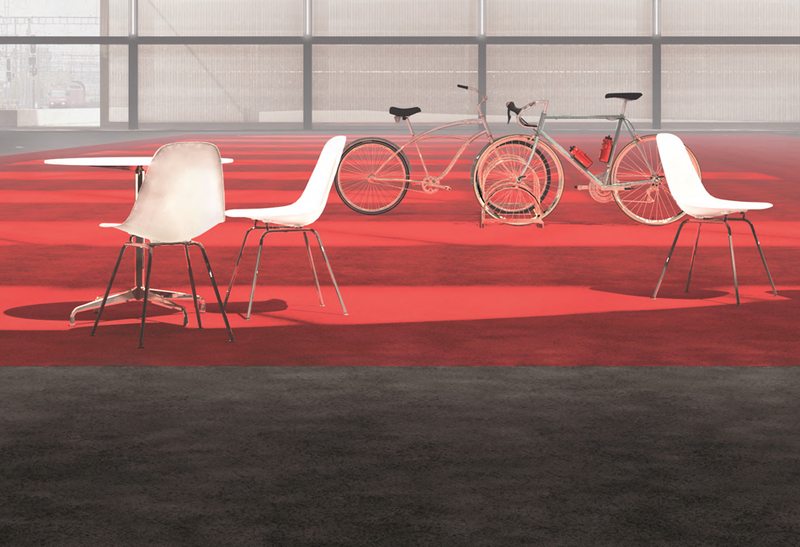 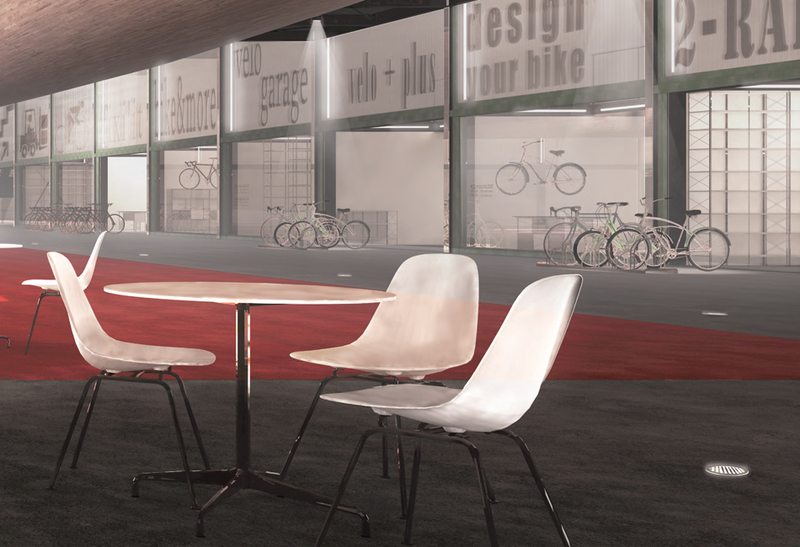 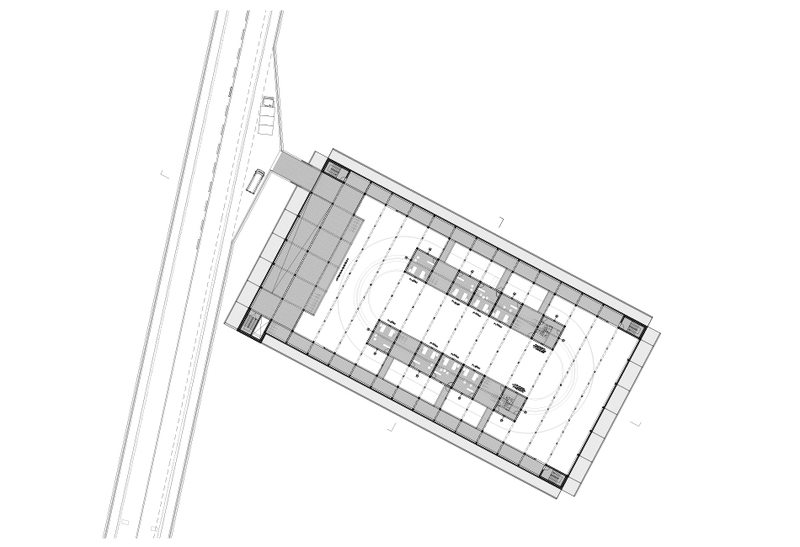 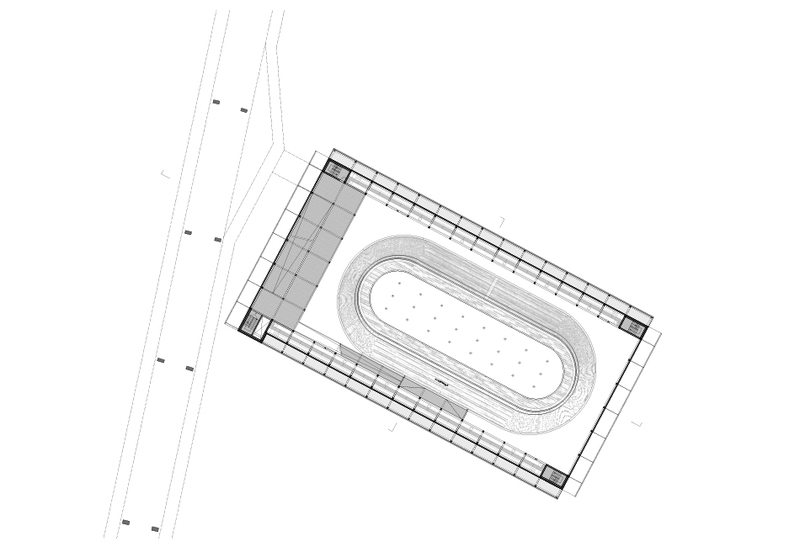 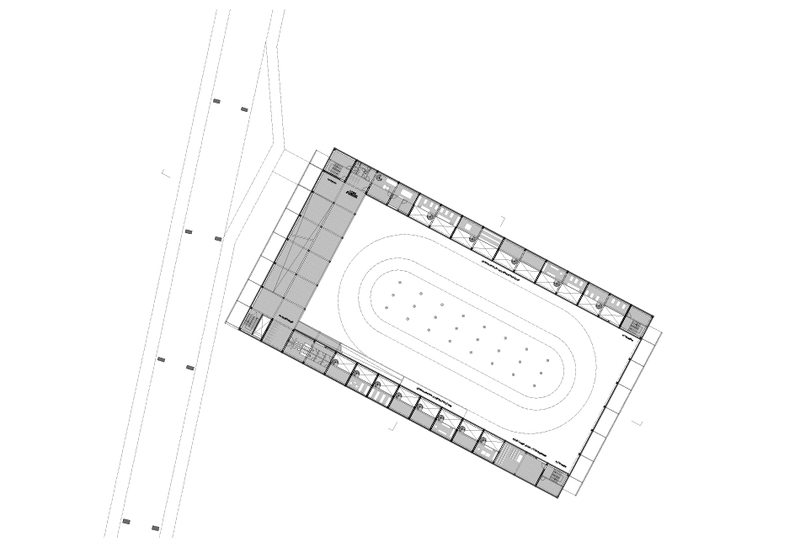 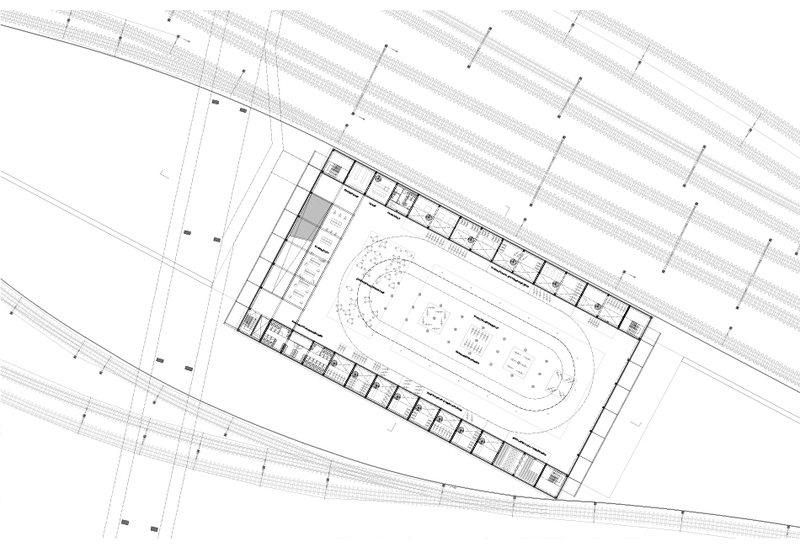 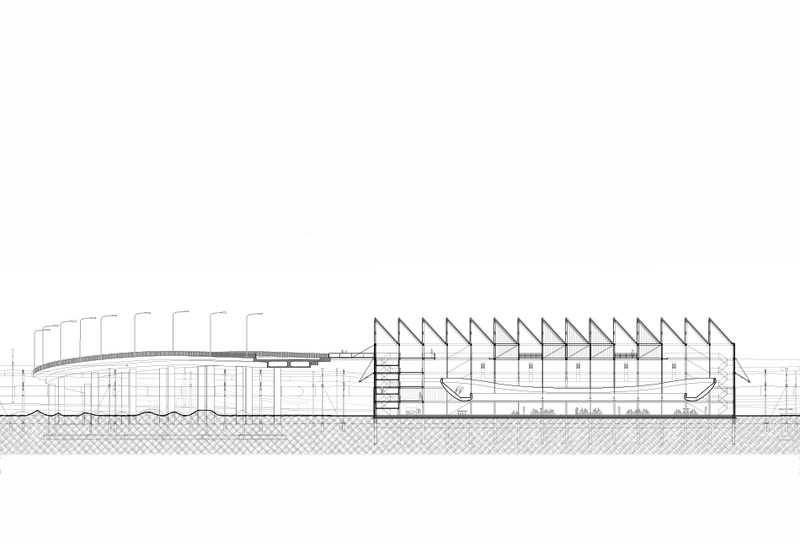 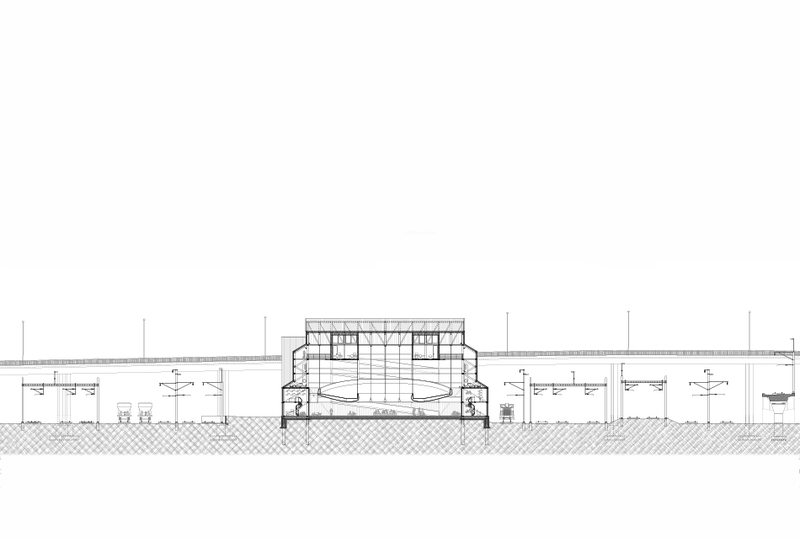 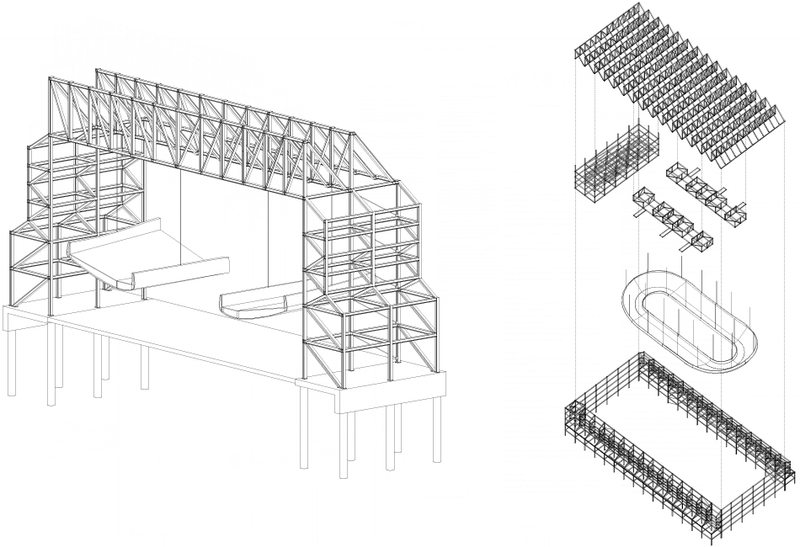 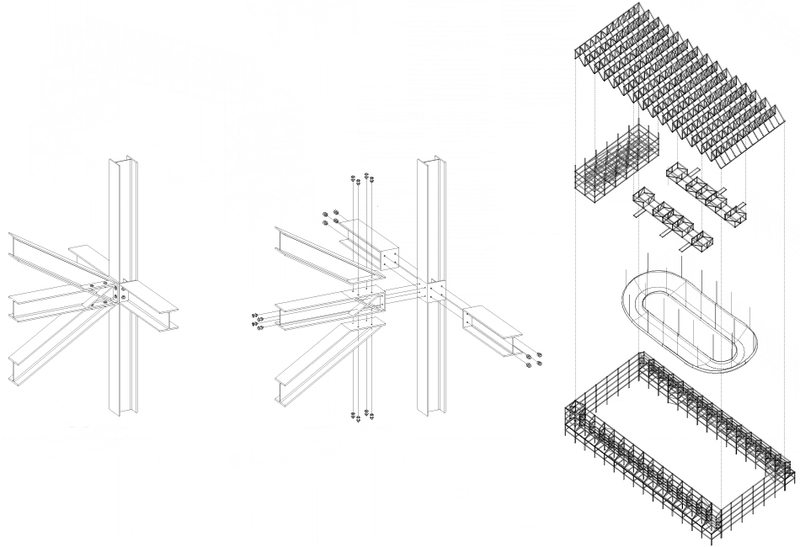 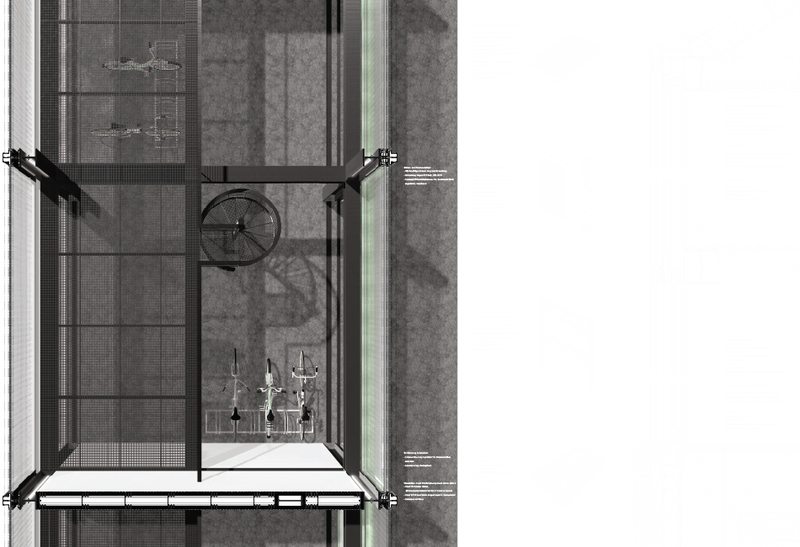 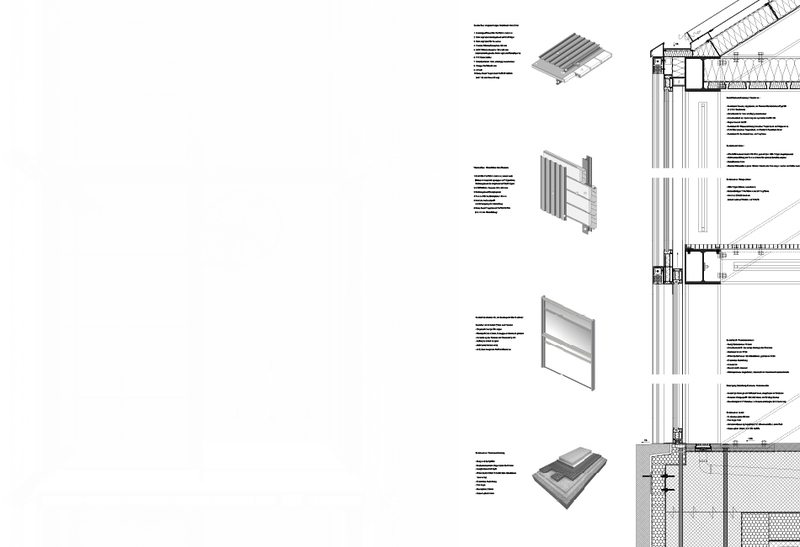