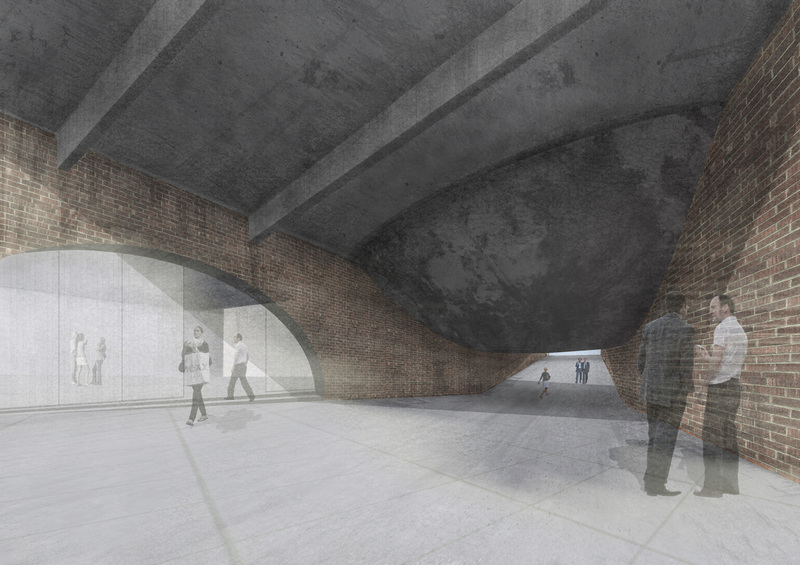 At the last tip of land when the city of Buenos Aires encounters the La Plata river, it was asked for the students to build the new museum of the city.

This tip of land belonged to the newest part of the city, where once was an active commercial port, nowadays losing its power to a bigger port further from the city center. There remain beautiful industrial storage buildings and imponent smoke towers and so the history of the place had lots of tracks from the architectural point of view.

The astronomical growth of the city and the tourism surrounding it demanded for a large iconic new building for the city. The architectural explosion of Puerto Madero in the last years brought glass skyscrapers for offices somehow forgeting the scale and the grace of the old brick building here stil intact.

Facing the river, the idea for the project was to make a connection from the noisy, cosmopolitan Puerto Madero, to the peaceful and natural brown colored river.

A massive rectangular building was impanted inside whom it was sculpted a distributional egg. The egg appears in order to make a statement for the new museum for the city: transitions! The egg carries the visitors through the past of Buenos Aires as well as reflects their own time, their own movements and their unique position towards the city. Each visitor can decide which order to view the history of the city in a circular way, touching and relating themselves to the egg.

This organic form has as well the great factor of scale and of positioning on the building. Once inside, we always know where we are in relation to the city’s history by the position we have towards the egg. In the section on the side we can see the egg being, at the same time, roof for the auditorium and space for sitting and relaxing in the ceiling.

From the outside we have some tracks of the egg on the inside, going through the building towards the river we have to go under it like a big belly. 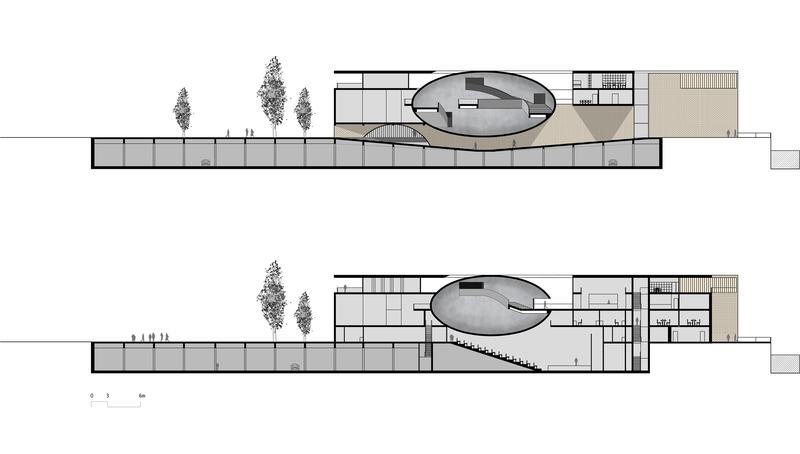