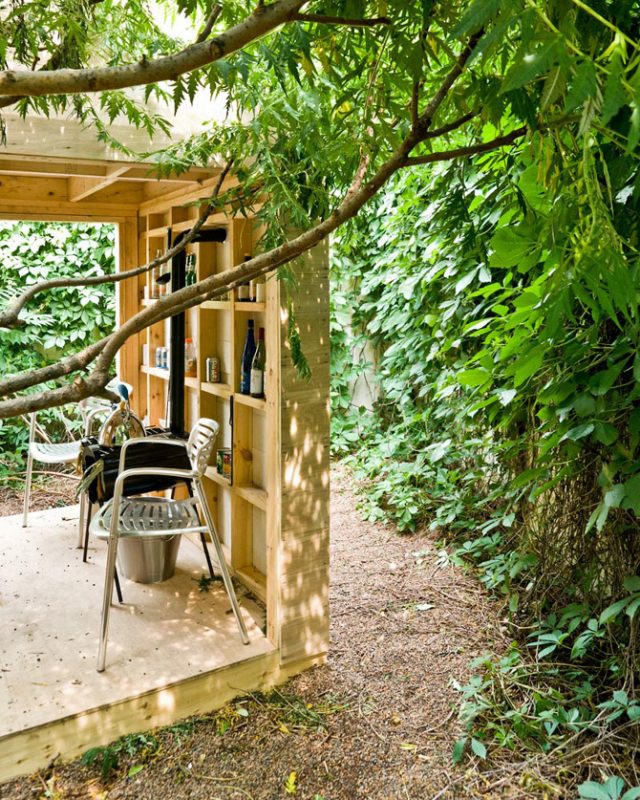 With an an architectural form that is both powerful and generic, this project asserted the territory of individual existence in an otherwise chaotic space- literally a jungle. The essence of dwelling in the 21st Century is the paradoxical condition of being both connected and withdrawn, immersed and excluded simultaneously. This habitation enables the hermetic seclusion of an individual dweller, as well as the accommodation of a large communal gathering. Through simple manipulation, the project can morph between inward and outward facing. The choice is one that must be made constantly. This is the fundamental state of our existence.

Built in the Knowlton School of Architecture roof garden, the dwelling engaged the near-by concrete oculus and immersed itself in the dense ivy grove. With a 7′ by 7′ footprint, the project reached a height of 14′ and consisted of three levels. The first level could be closed to form a private living area and cooking area, centered around a small hearth, or could open to complete the circulation around the garden and position itself as the center to a larger event. The second level was a small sleeping loft, which could open up to bring in the ivy wall as a sort of “wall paper” or open above, to create a view up to the stars. The final level was an observation deck, creating previously inaccessible views over the wall of the garden to the skyline of the city of Columbus beyond. 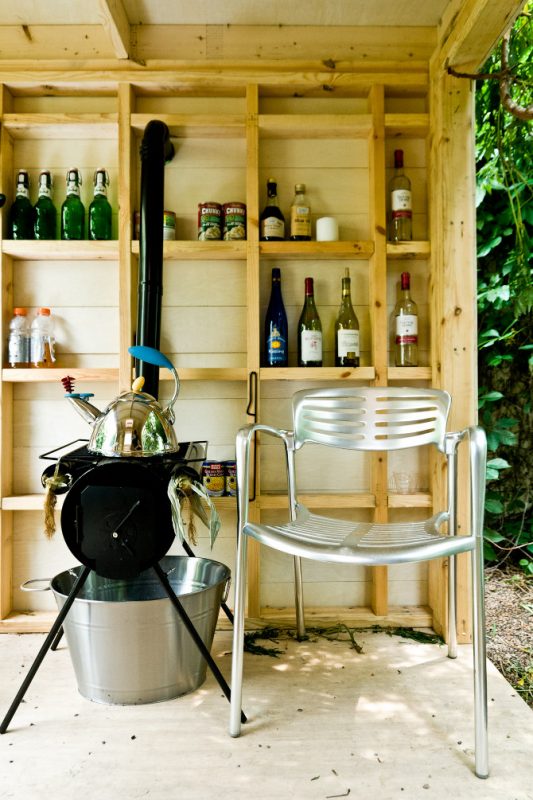 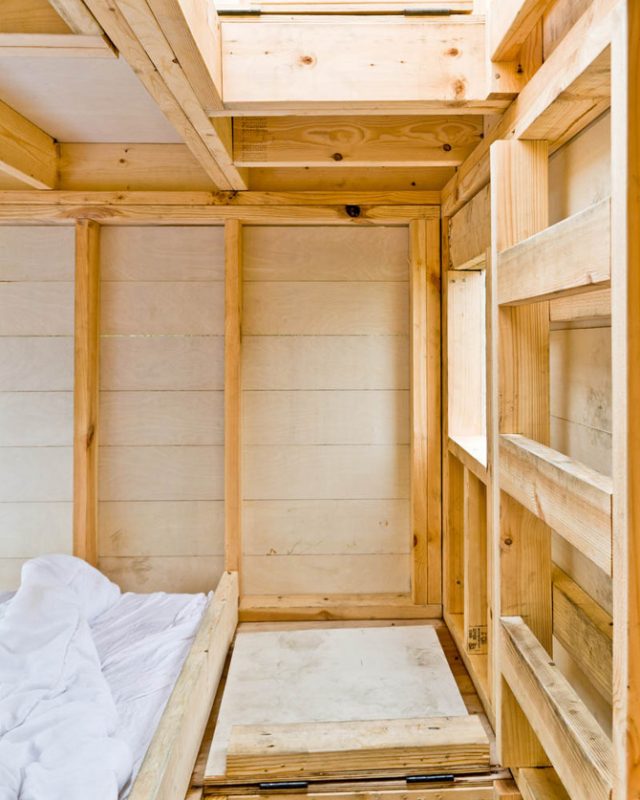 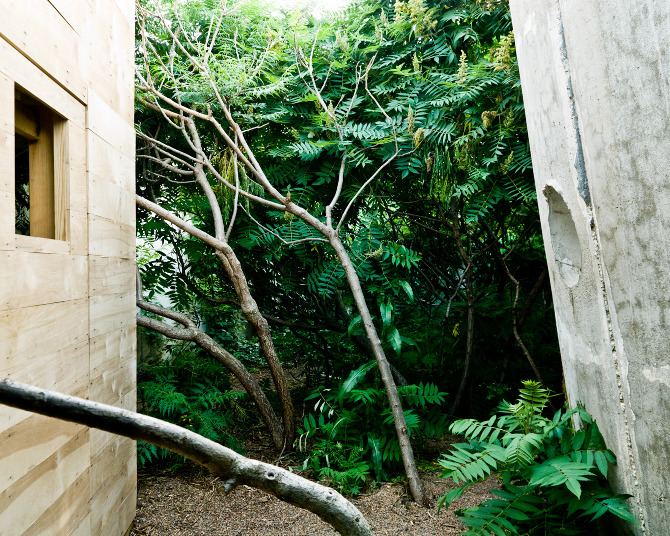 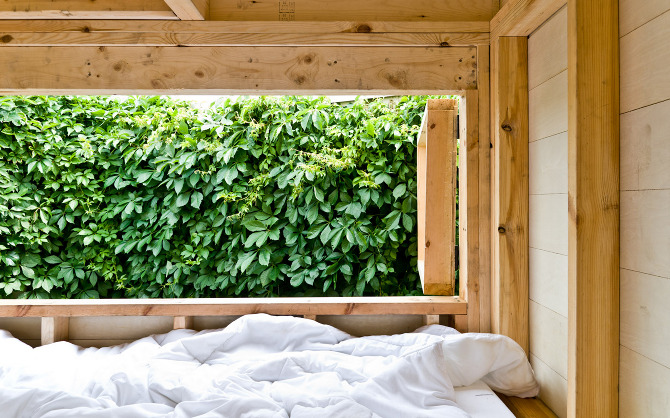 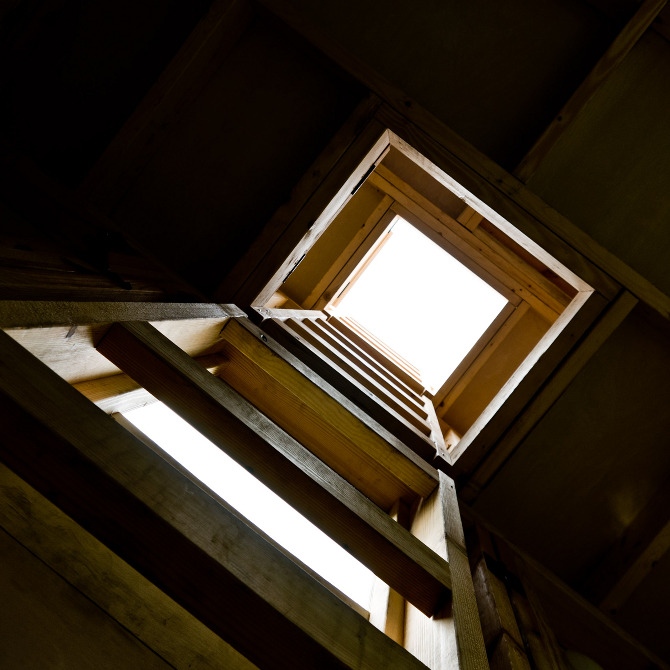 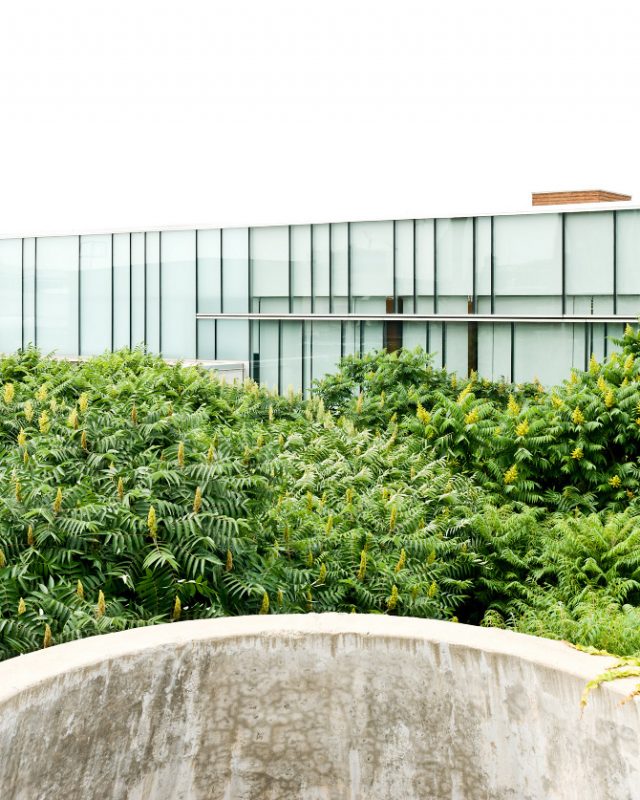 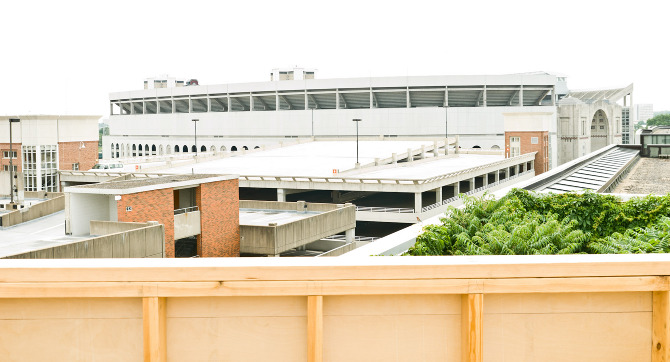 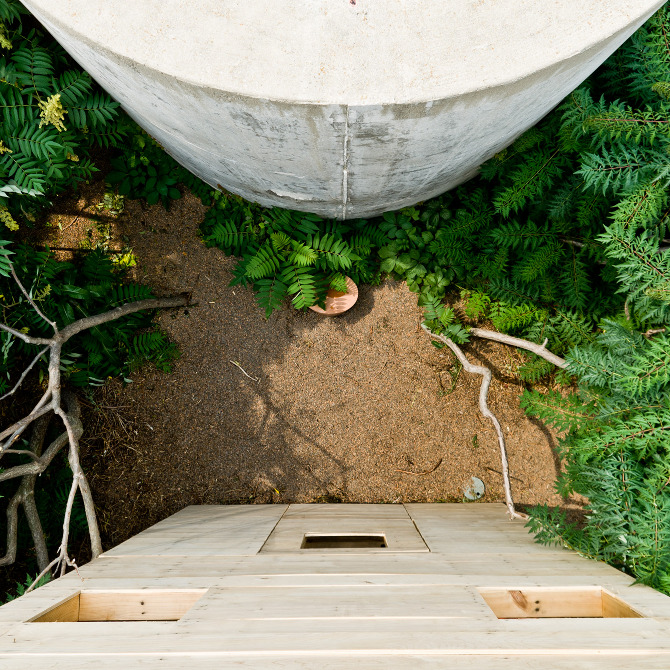 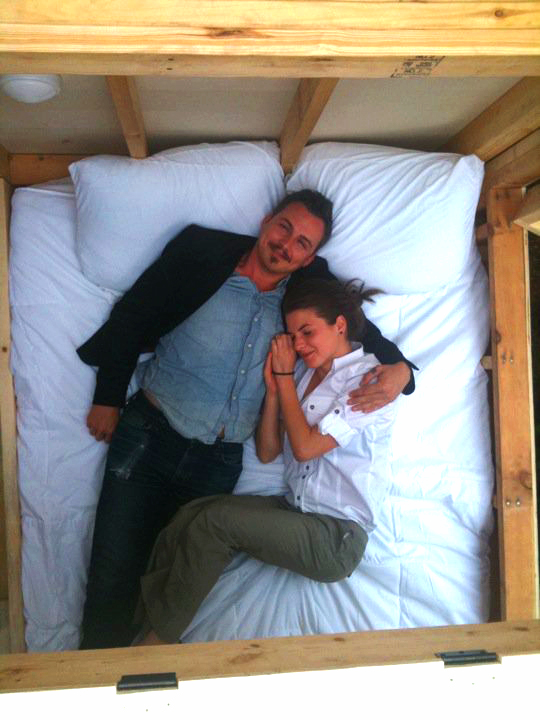 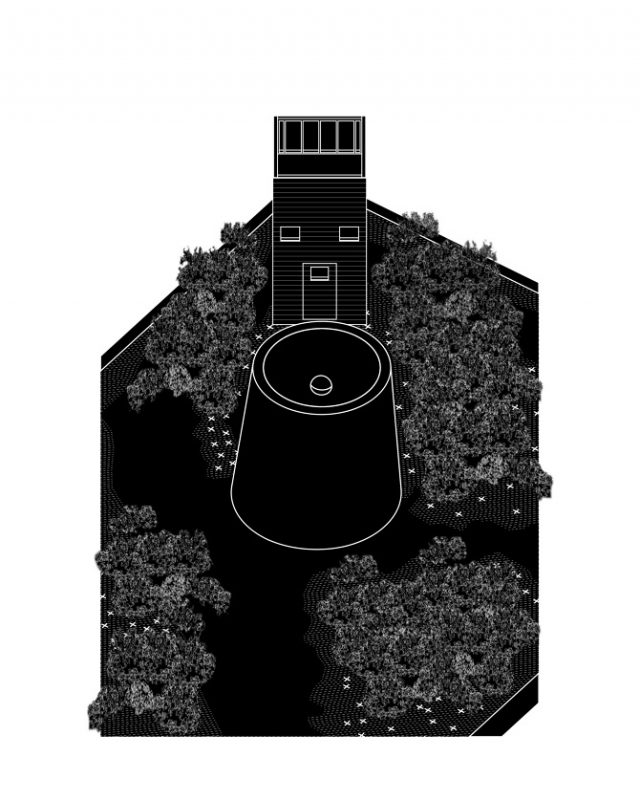 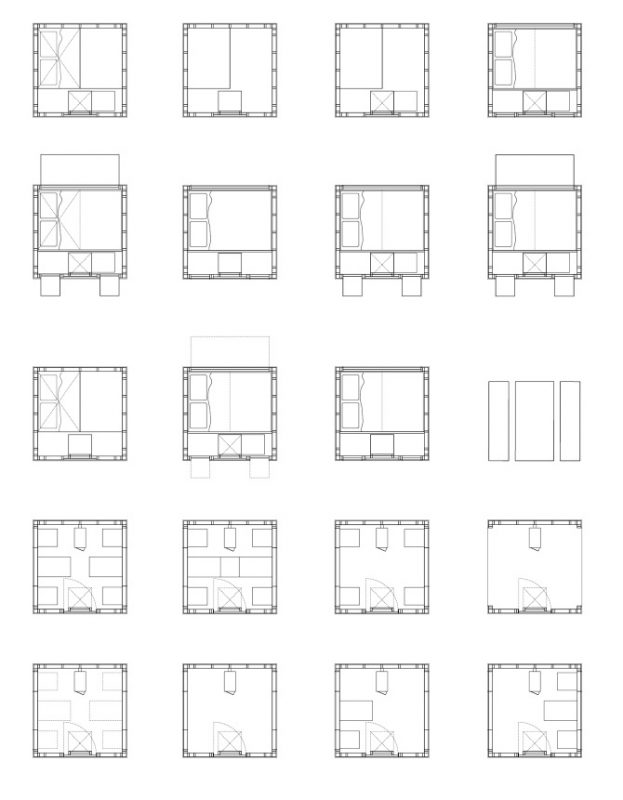