The new Helsinki Guggenheim is positioned at the crux of the Kirjava Satama Harbors historical and transit districts. The project siting is based upon the Kirjava Satama Harbor Masterplan which aims to reinvigorate the city qualities of the harbor through the institution of a built program highlighting corridors leading back into the depths of the city. The new Guggenheim Helsinki will act as an extension of the urban corridor in order to promote an integration of inner city spaces and harbor edge destinations. As a symbol for the achievements in modern day art and culture, the museum will act as an icon for Helsinki as it reinvigorates the city fabric.

The museums is located along the main harbor road allowing for the best visual presence to incoming commuters and people visiting the harbor. To the north, the museum provides a pedestrian/city entrance along the water’s edge at the historic market area in order to create the most direct and visually apparent connection to the canal leading back through the city. From this focal point, the streaming form bridges the existing canal acting to highlight the urban corridor through which the museum finds its placement. The fluid and smooth volume grows and expands to create the museums program, bifurcating to create various exhibit spaces, double height areas, and periphery circulation tubes. The largest spaces are opened by two puncturing tubes providing light for circulating exhibition spaces and below grade galleries. Visitors are guided through spaces by smooth transitions between floors in large, skylight periphery staircases. Soft turns and broadly arching walls provide backdrops for light-washing and delicate qualities of ambient lighting.

The museum is conceived as a series of smooth, soft surfaces of clay unto which cuts, gashes, and holes are exacted for qualities of light, transparency, and transition. As a reliquary for cultural objects, the museum is only defined permanently by what it houses and those qualities that are phenomenologically felt while inside. The surface becomes a medium upon which multiple manipulations are executed to express its lack of importance for the definition of what it holds. The logic of form driven by context and purpose becomes the museums voice where its aesthetic quality is purely reflective of surface qualities and un-representational mediums. 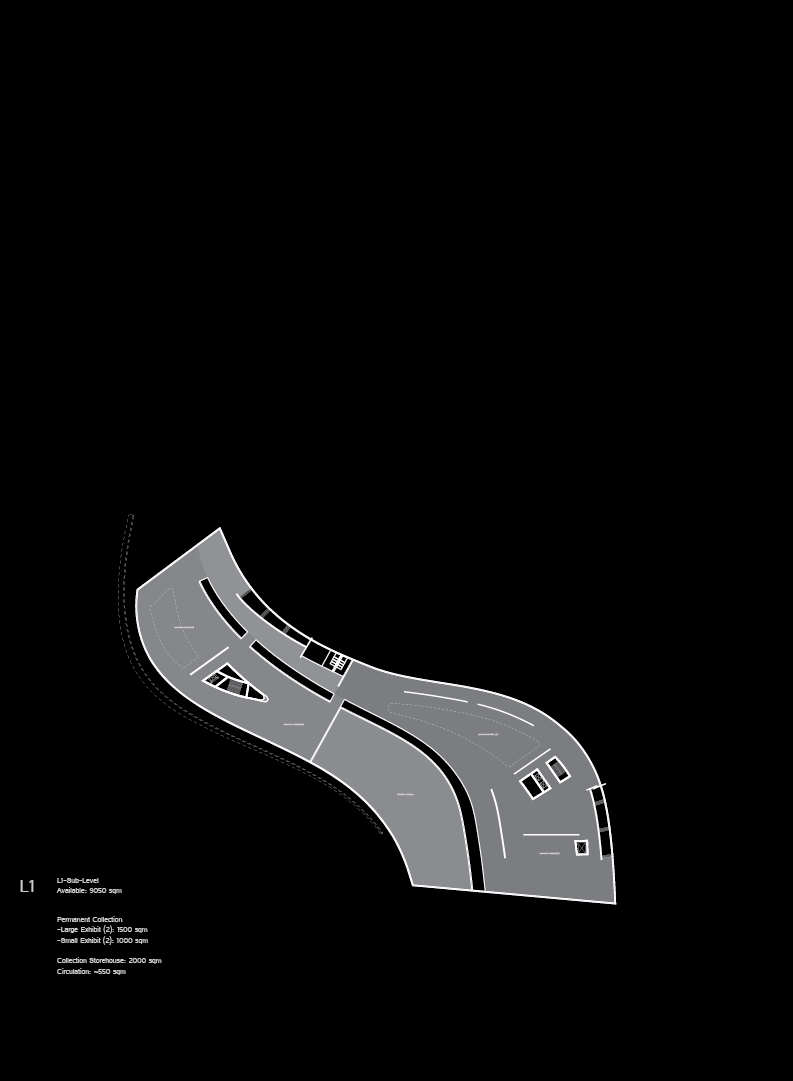 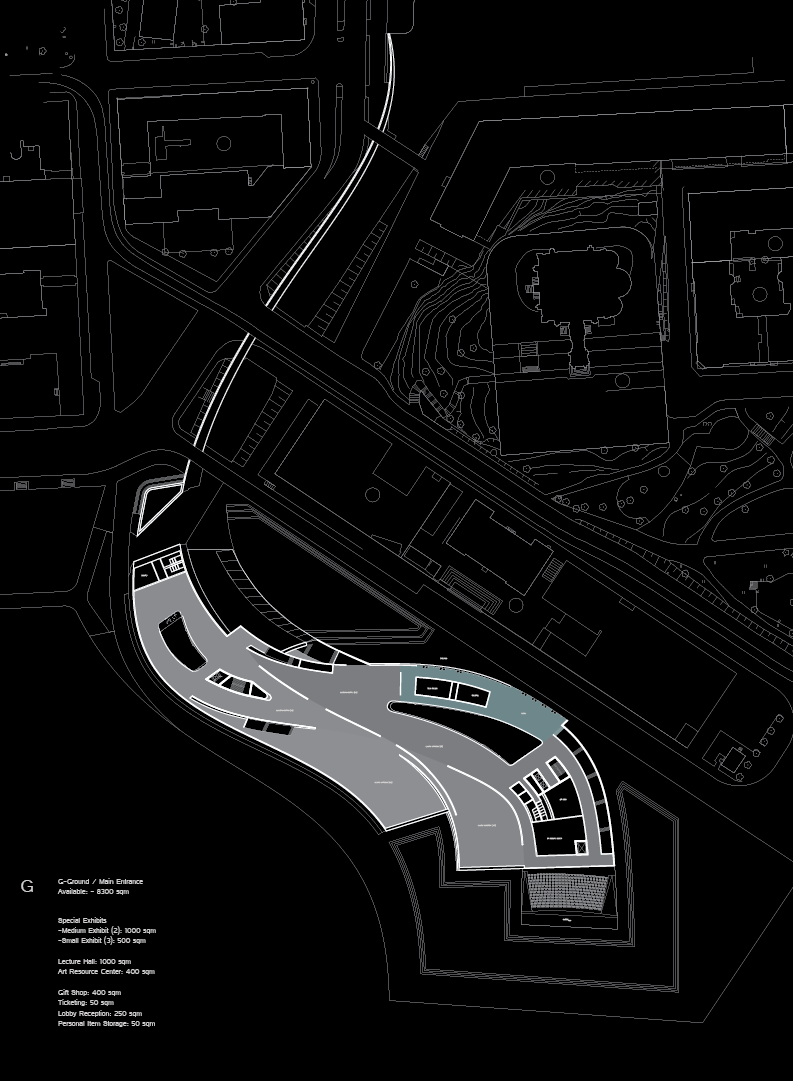 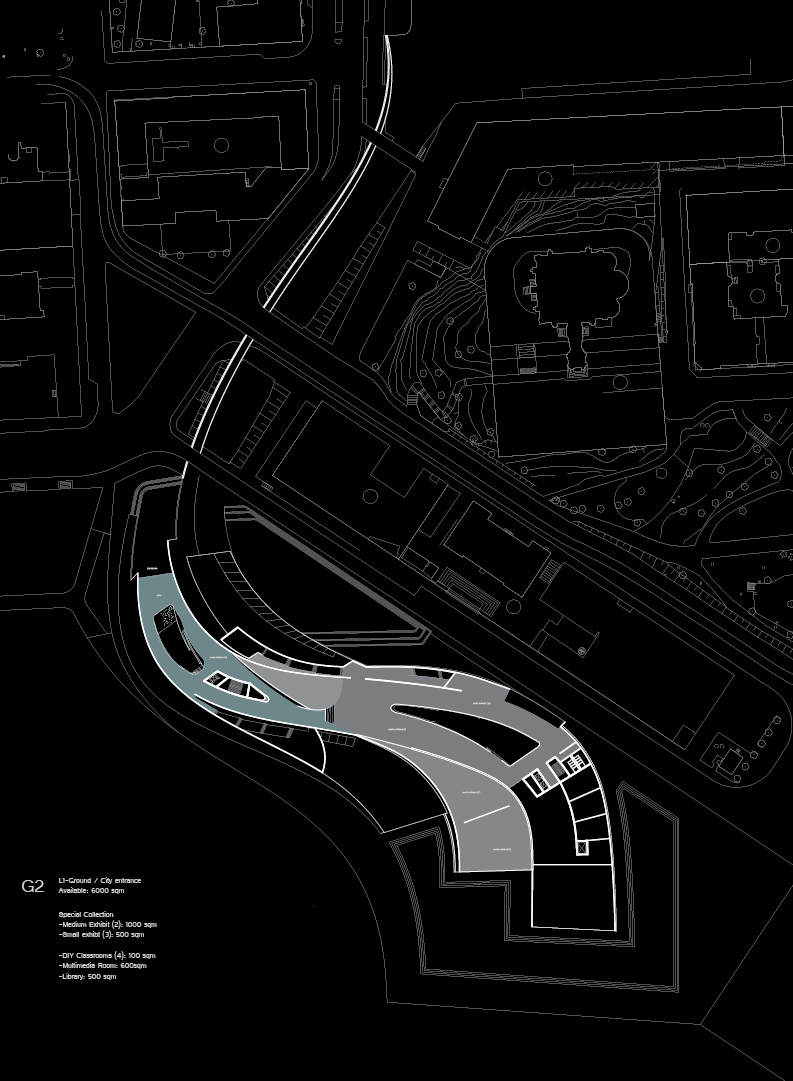 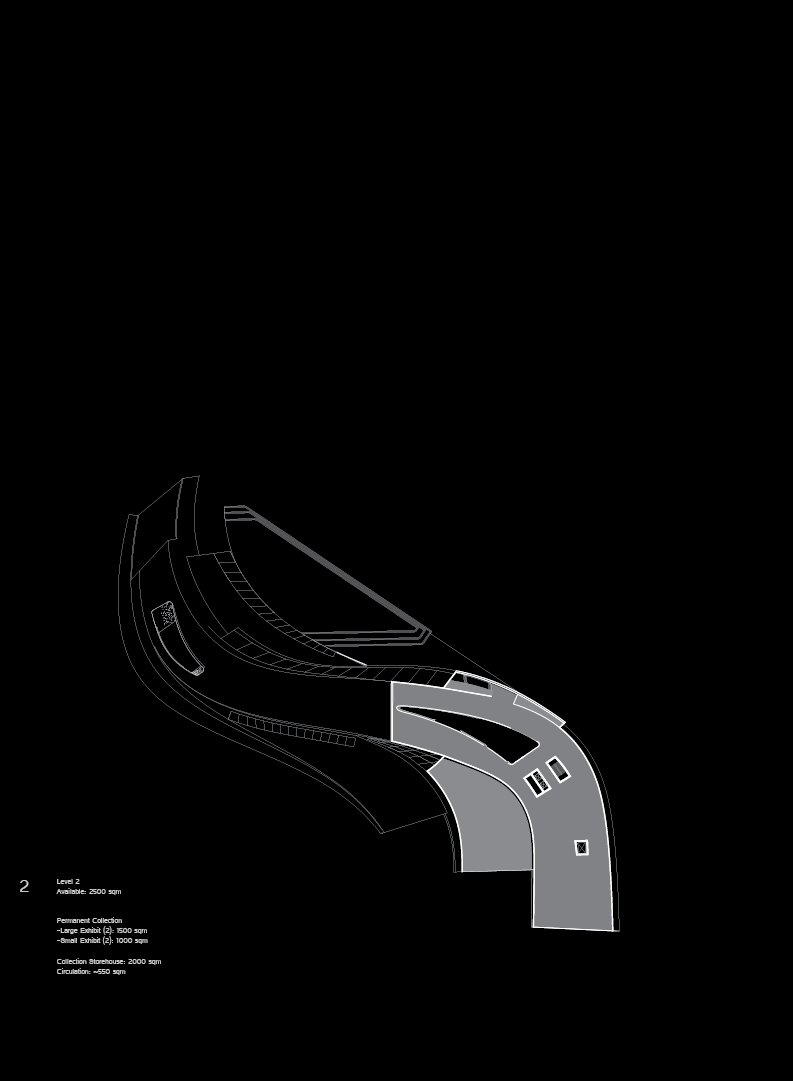 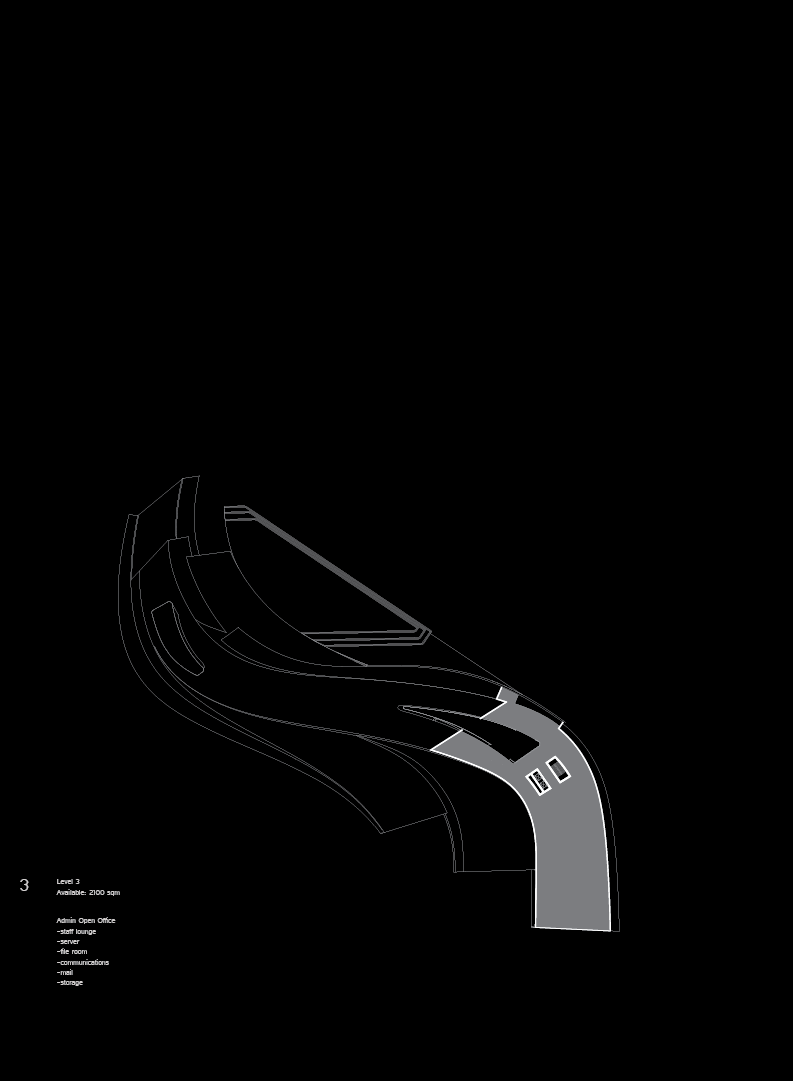 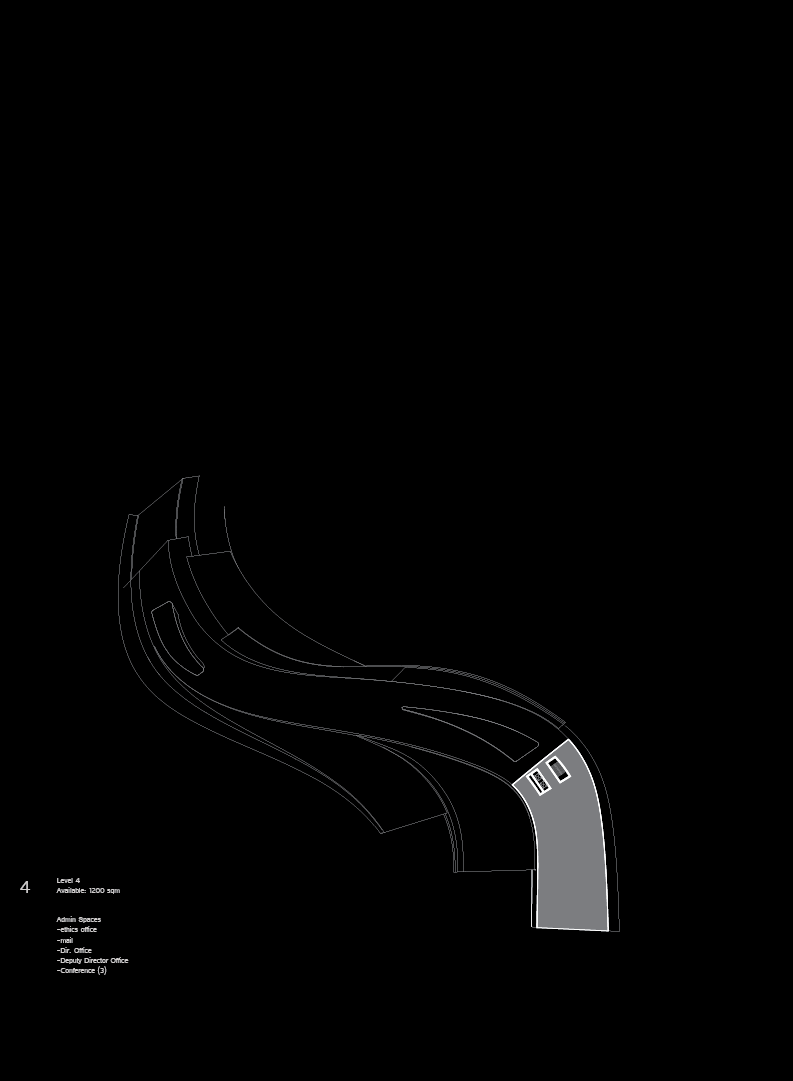