This project engages the Archeological as a method by which we might face ourselves, conceiving Hollywood as a pretext to be mined for content. In this, archaeologies of invention aggregate themselves around a site on the corner of Hollywood Boulevard and Argyle Avenue in the form of a Boys and Girls Club. What exactly constitutes such a “Boys and Girls Club”? Inherently, the program of this building represents an architectural imposition towards a social ends. Located beside the W Hotel, its very existence hints at a fantastically Angeleno juxtaposition, the quintessentially collaged combination of a series of urban worlds collated in semicoherence within a stone’s throw of another.

The Boys and Girls Club becomes an internalized world, a haven. The club is, by definition, a deterrent from improper activity, a prison from the “sins” of boredom, themselves the byproducts of an apathetic childhood spent wandering the streets of semiurban Los Angeles. This must be overturned. Given the unique situation of the site, a contrasting drama of elitism (The W), retrospectivism (the Pantages Theater) and depression (the current site) constitutes an ensemble of architecture which ought to be cast towards the production of a blurred perception of space. As it protrudes from the site, it entices both the exclusive and inclusionary qualities of the program.

In one essence, the building might begin to play an off-on game with the public atmosphere around it. Considering the overtly present entrance to the Metro, the lobby of the W and Hollywood Boulevard itself, a clear impetus can be formed by which formal qualities might be arrived at. The form is not sculpted, later to be interjected into the present conditions, but rather it is extrapolated from the inherent regulating geometry of the situation. This is not a senseless repudiation of the qualities already extant, instead the possibility for the propagation of both critical inquisition and contextual pretext.

In terms of site, Hollywood Boulevard is a lot of things, and Argyle Avenue is a few, too. This is the conundrum-filled intersection between a path to the not-so-distant “suburbs” and the ephemeral feel of true urbanity. It is a moment haunted by several mish-mashed glimpses of Los Angeles. Although Hollywood Boulevard represents a major interjection throughout the urban fabric of the area, Argyle Avenue is only a momentary slice, a brief but jarring experience between the sickeningly suburban and seemingly urban. Bifurcated by the freeway, the situation of the Boys’ and Girls’ Club presents itself as a sort of urban petri dish on which grows a fuzzy blotch of Angeleno culture. A hill of density rises in an otherwise desolate expanse of sprawl, tract housing encroaches from the East and industry smudges its premises from the South. The site cries for both repudiation and confirmation at once.

While the situation is unlikely to remain as is after a thorough expansion of urbanity in the wake of the Metro’s extension into the area, its current form is to the utmost worth notating in the design of the Center. In so doing, four ground planes are effectively created, only one of which reflects the current actuality of the site. When has Los Angeles ever been concerned with reality? These levels stack and squish towards the heavens, sorting themselves from most rational to most aberrant. The basement finds itself solidified on the abstract architectural conception of the flattened site. It is, at its core, the fantasy of a skewed architecture. To the contrary, the roof forms around a completely other system. More than a mere duplication of the landscape, it morphs to the point of introducing a falsity to the city. It presents something which never was and never will be. Through its undulating surface bulge the imprints of a falsely collected urbanism, the ghosts of a recompiled Los Angeles.

This explication of the exterior, derived from the topology of the site, inherently begs a look inside. We encounter inside a Campo Marzio of Angeleno byproduct stacked between a series of landscapes. Drawn from the multiplicitous essences of the site, it makes into immediate archeology the ephemeral conditions at hand. Upon its encounter, these fail to stack properly. The implied diversification of the landscapes blurs as each level’s elements slide into the next. Functional in their allowance for circulation between the levels, these vertical extrusions question the solidarity of the whole and the sovereignty of the individual. This thing plays somewhere in between, inscribed into the urban mechanism as neither sum nor part. 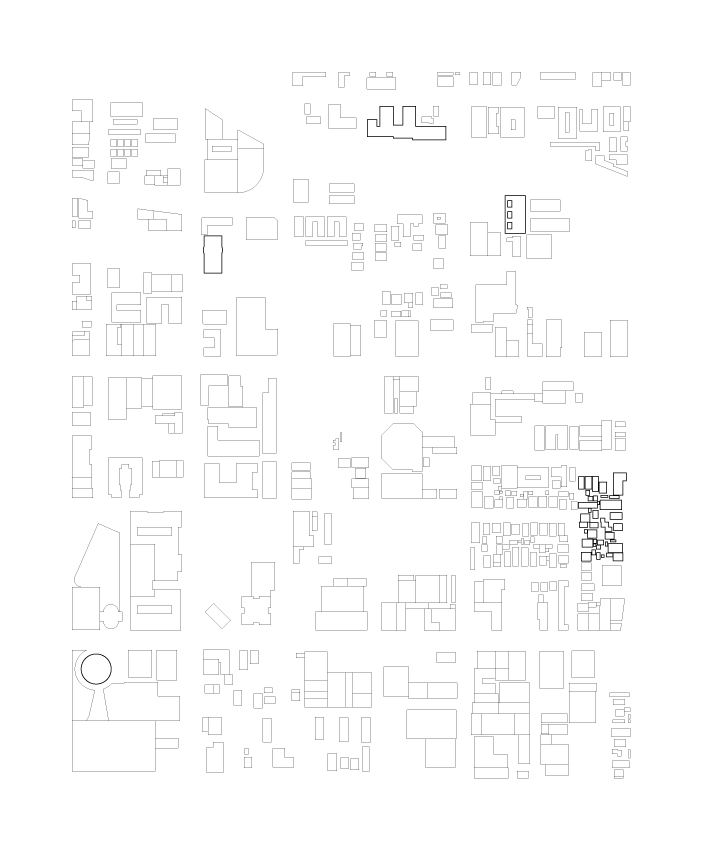 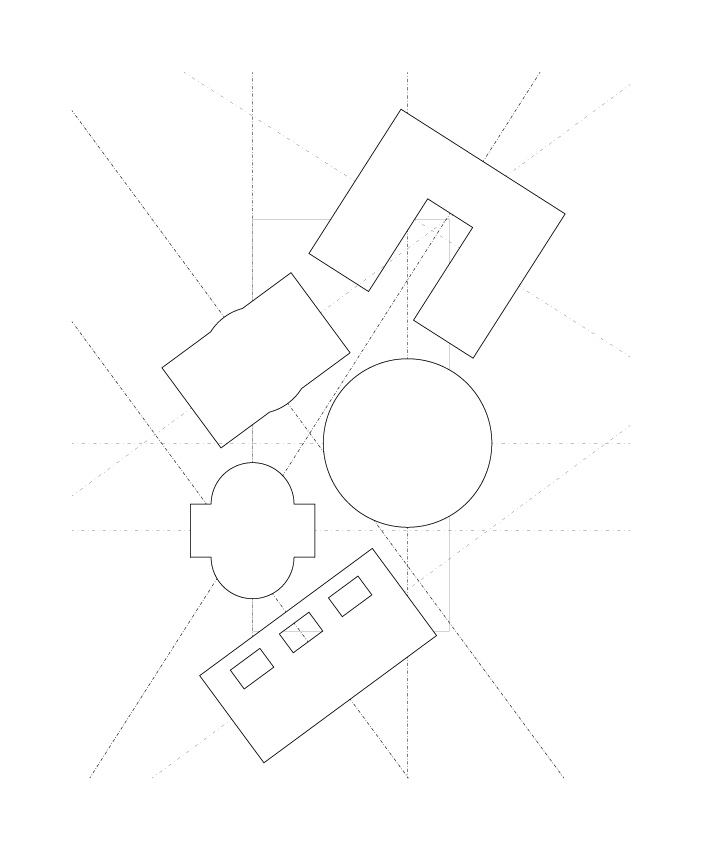 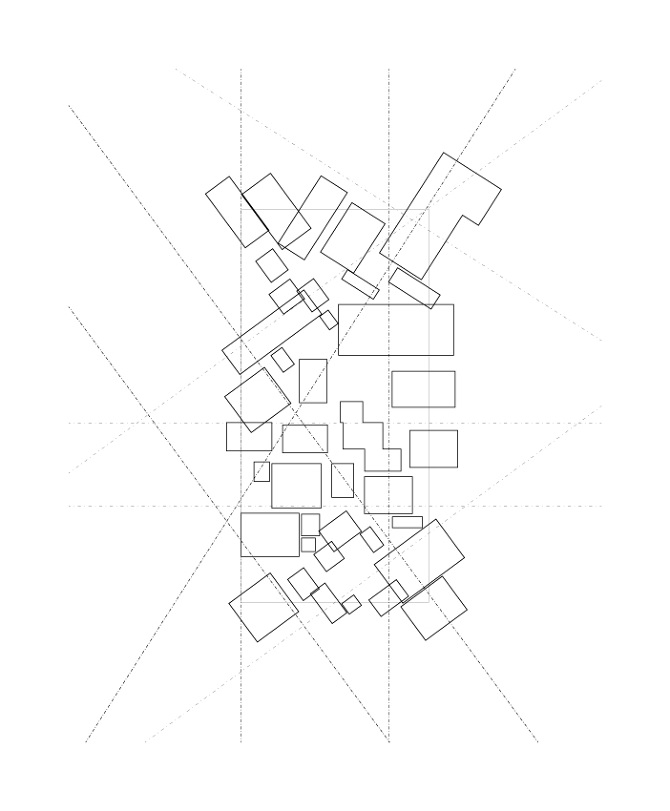 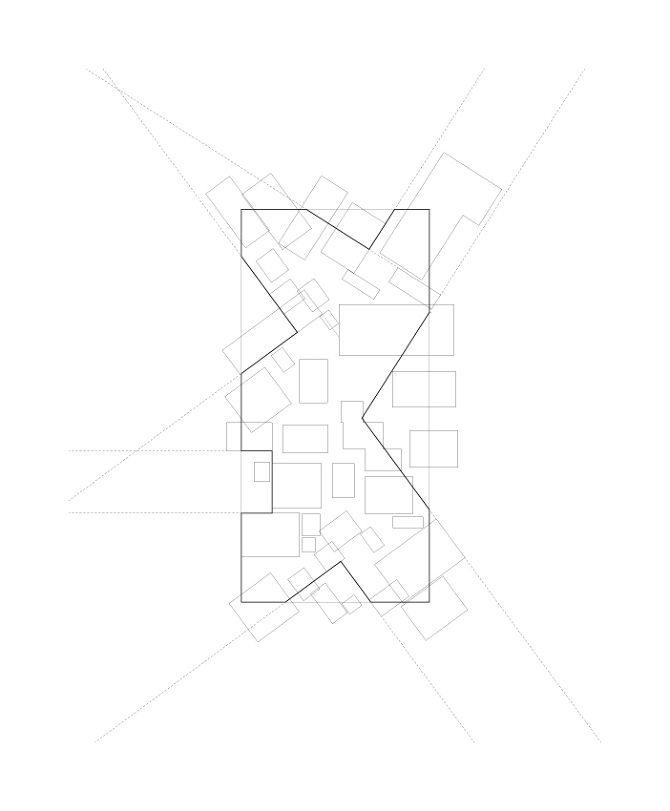 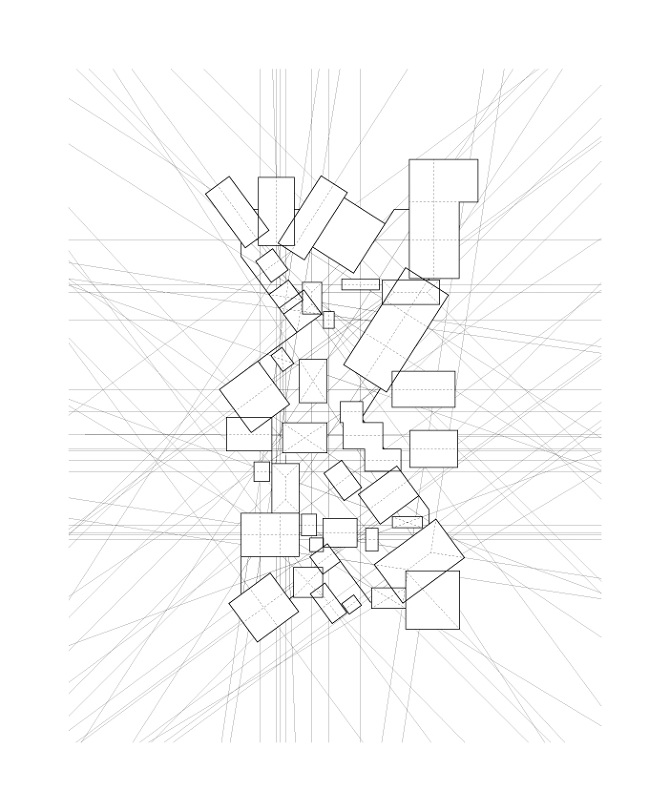 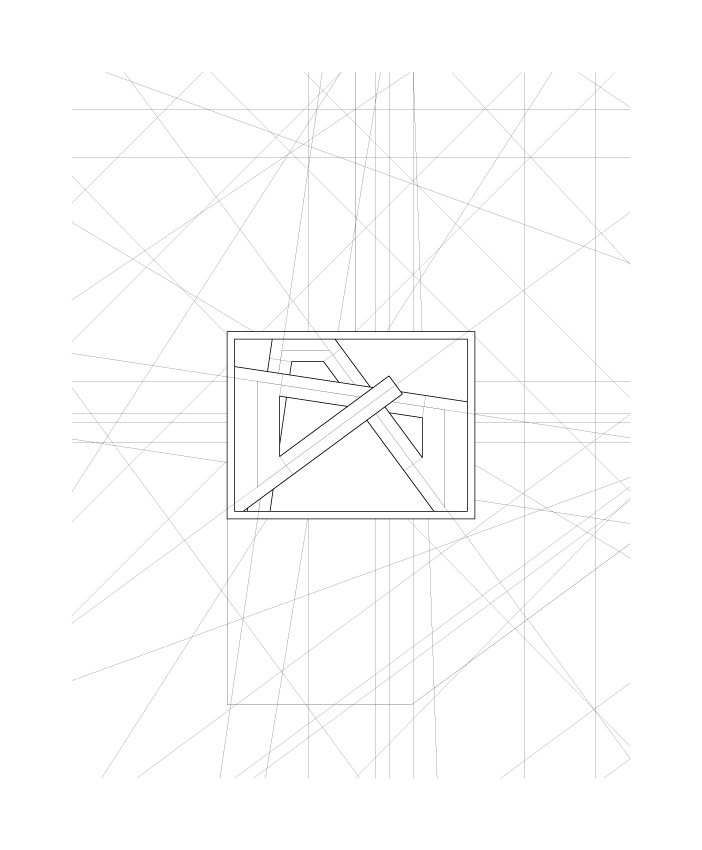 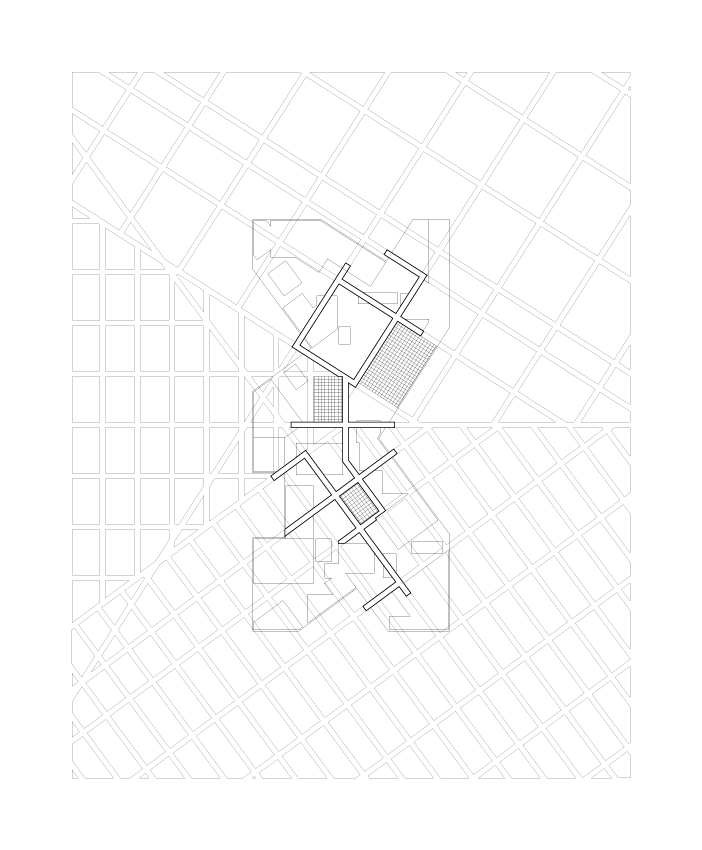