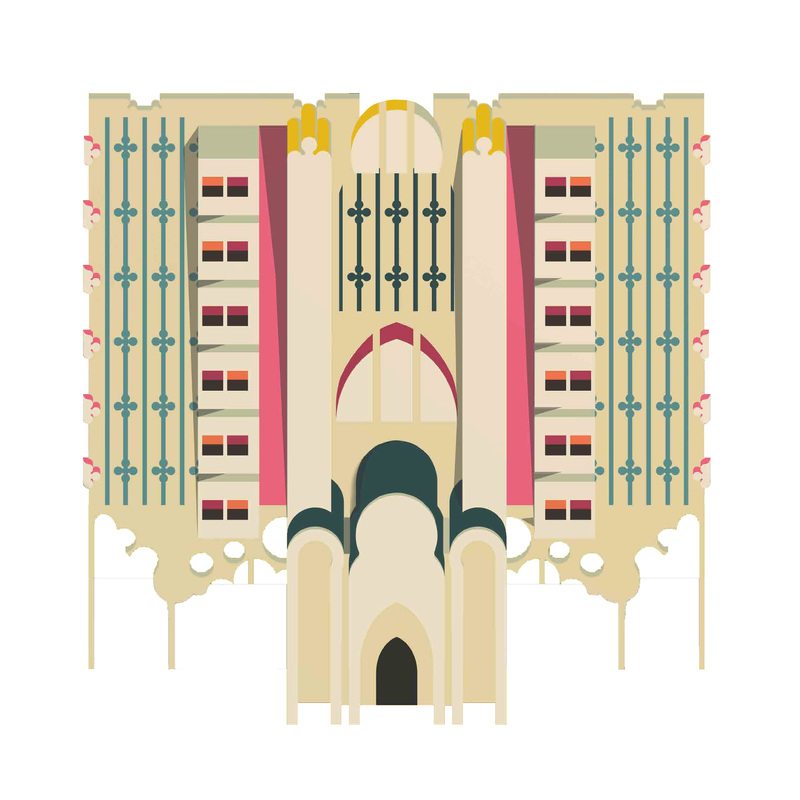 Vauxhall is currently one of the larger sites in London currently being developed as the city looks to a 21st century future. Various influential projects to the area include the construction of the new American Embassy and the refurbishment of the Battersea Power Station. The hotel hopes to function as a gateway for people arriving for short periods of time to the site via the embassy. The idiosyncratic clash of a non-denominational prayer hall for many immigrants with various backgrounds settling in the area and the hotel for embassy and hotel event guests provides an inventive typology to accommodate needs of both groups.

“In the Style of” Application of two canonical drawing styles, Michael Web and David Hockney, is utilized as a technique to speculate on the formal and conceptual understanding of a FAT project. Simultaneously the study aims to de-familiarize the reception of the work through its re-representation. The exploration establishes the inventive and provocative role drawing and representation influences the communication of architecture and the design of physical buildings. “Mind Mapping” The Mind Map requires continued exploration of the FAT precedent, Hoogvleit, as detectives gathering data in the architectural, artistic, cultural, global, and historical references. A combination of these references and a personal reinterpretation of the precedent is represented through drawing and modeling. Both elements of research and design form a descriptive and generative design tool, an irrational diagram, to later develop a program and site for Vauxhall, London. The book utilizes the duality of its innate two sides and both physically and conceptually as one flips through pages from front to back. The front of the book positions the viewer in the landscape with Hoogvleit in the distance. As viewers flip through the “image stills” of the landscape they are actually moving through the landscape and come to find the end of the book positions standing inside Hoogvleit looking out into the landscape. Simultaneously each page acts as a frame to both sides of the inside cover. Fifty unique frames reconstruct scenes from Stourhead and Stowe gardens by placing new objects in the landscape such as pavilions, bridges, benches, sheep, fences, and trees. The last page is then textured with patterns of ornamental frames. Further development of the book lead to an assemblage of stills from buildings, in this case the facades, that I interpreted to have a connection with Hoogvleit. From this a new world of layered scenes could be created by imagining oneself looking through multiple facades in a single view. Overlapping facades such as the Venturi chimney forming a door in the facade behind, allowed drawing to become ambiguous and interpretive. “Mind Map as Artifact” Transformation of the Mind Map drawing into a three dimensional representation was crucial for the influence of future design decisions of the Hotel Vauxhall. The model successfully takes the ideas of overlapping figures to form new relationships one step further than the drawing. Select figures from the drawing are stacked one on top of another. This technique causes surfaces to collide and blend together vertically, while other surfaces disassociate themselves by hovering off the plane of the artifact. A change in material to a transparent multicolored surface in the extruded locations produces indirect views into and out of the artifact and unique light qualities. These outcomes offer possibilities for privacy, light control and effects, formal explorations, and a playful environment. “Hotel Vauxhall” The organization of the hotel operates in a way to dual as hotel lobby space, prayer halls, wedding halls, funeral halls, holiday party venues, and so on. Hotel rooms are stacked above what would be aisles next to a nave where two transepts create then slice the hotel with two atriums for sunlight access into inward facing rooms. The hotel ground level can expand into a spatial prayer hall or remain divided for small gatherings. The “nave” ends in a space devoted to holding any religious events. The tectonic assemblage of volumetric components create opportunities for light to enter through various colored glass but indirect views out. This provides privacy and a stronger sense of community for guests and visitors. Forms of the tectonic volumes draw from the natural environment. The hotel appears to sit within a forest as references to tree canopies carve away the base. Meanwhile the scale of Vauxhall becomes an issue as many new developments do not relate to a human scale. The hotel uses a telescoping technique to slowly introduce visitors into the site after crossing the Thames River and then gradually grow in size to blend into its context. 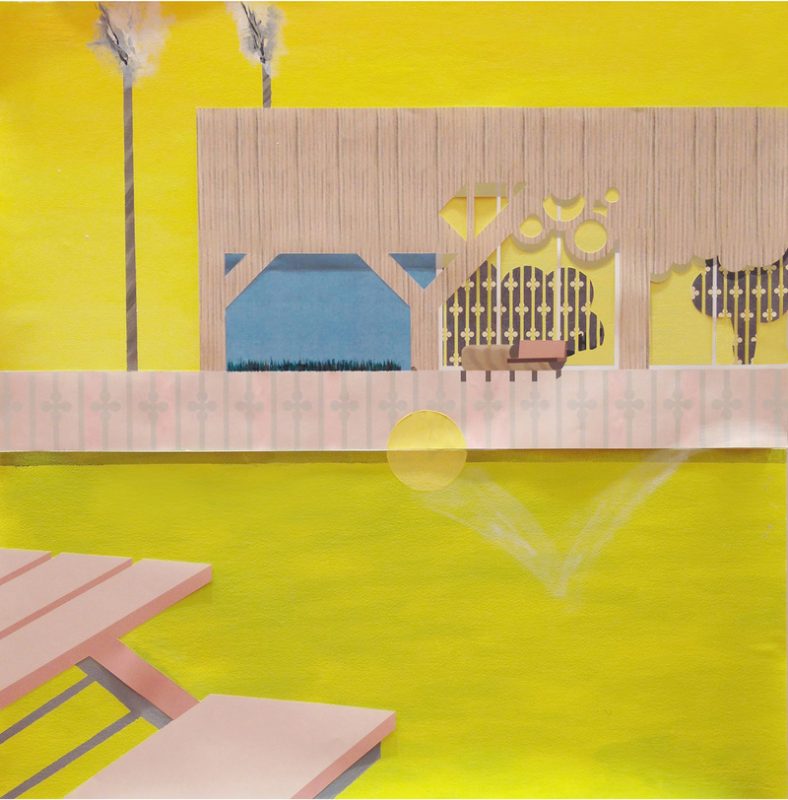 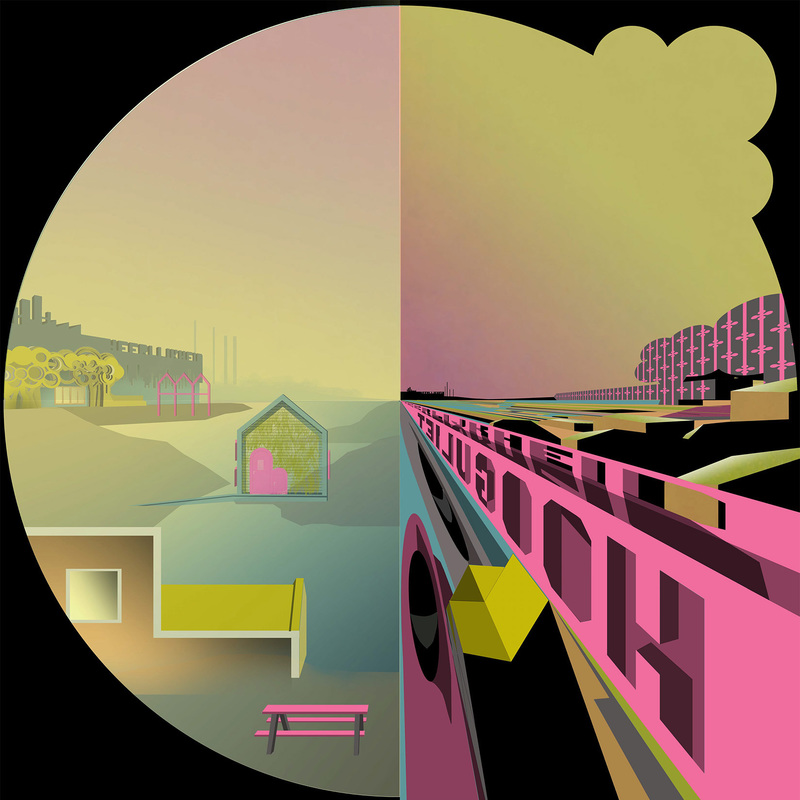 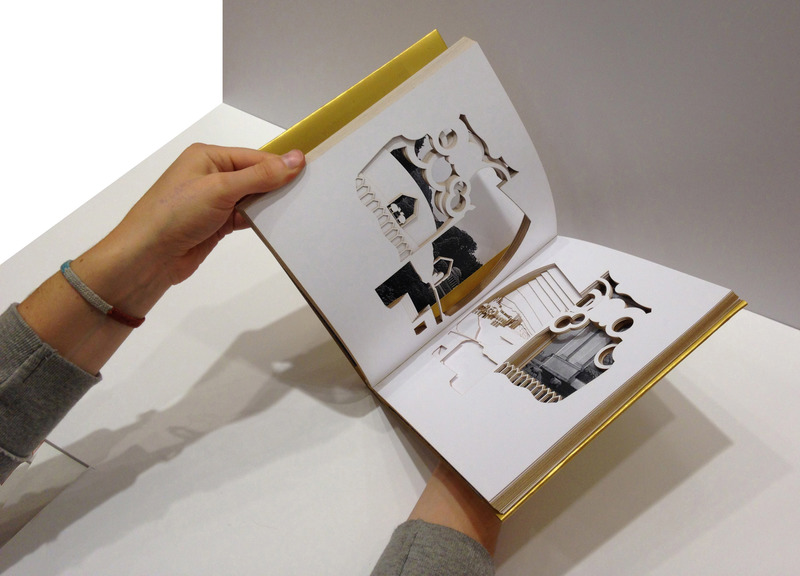 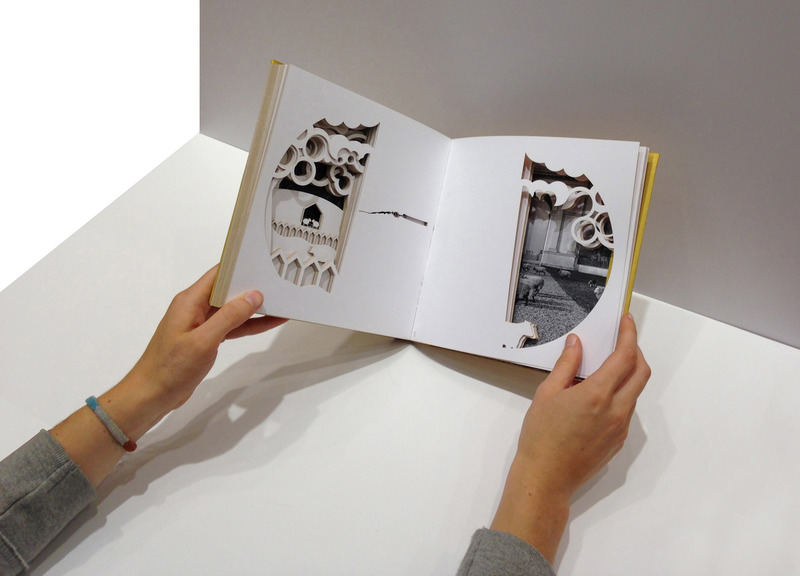 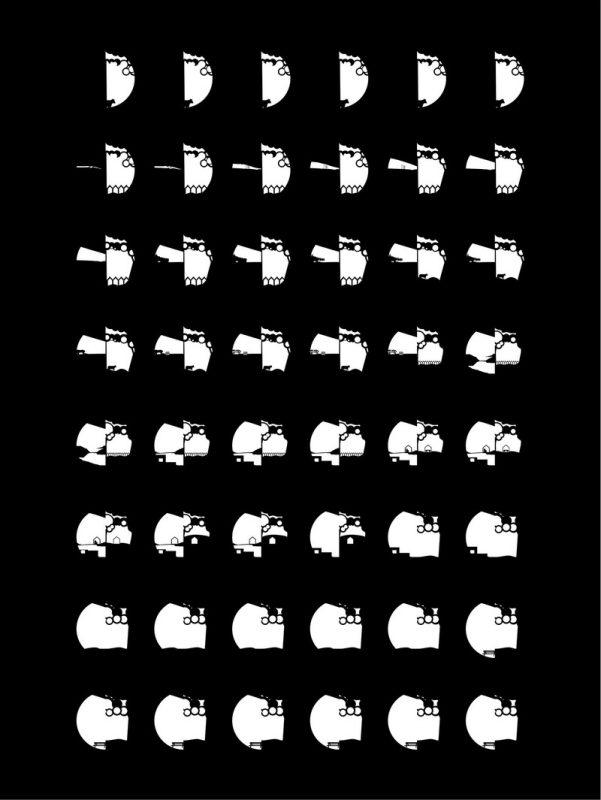 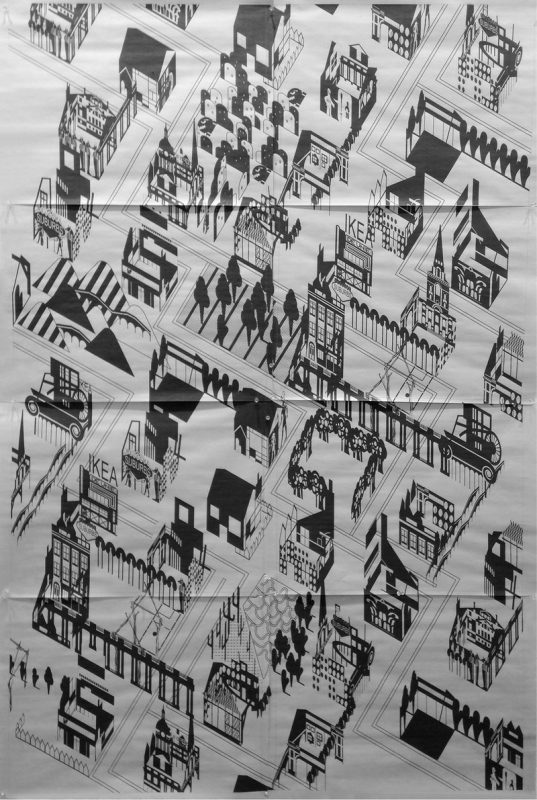 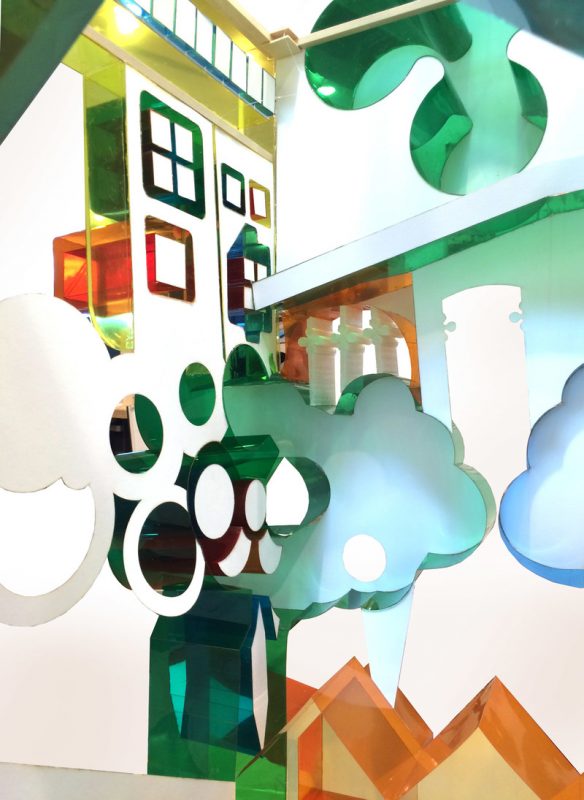 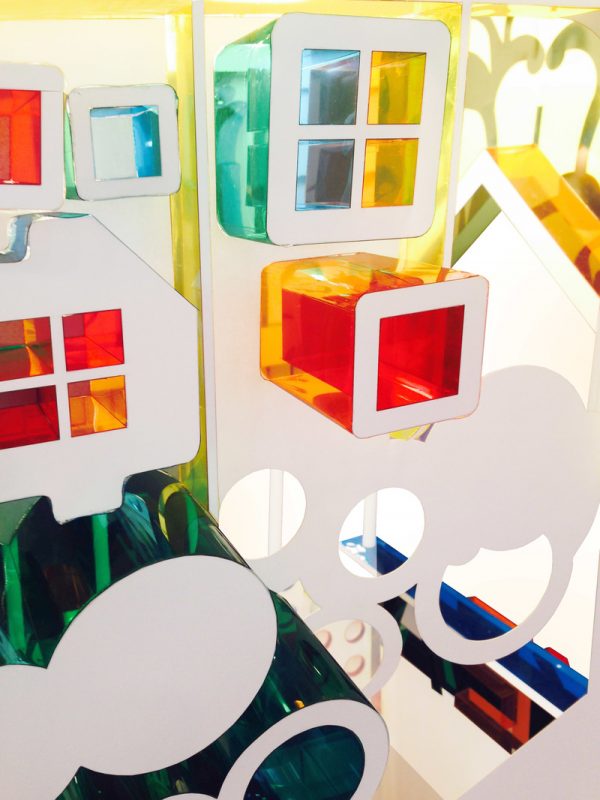 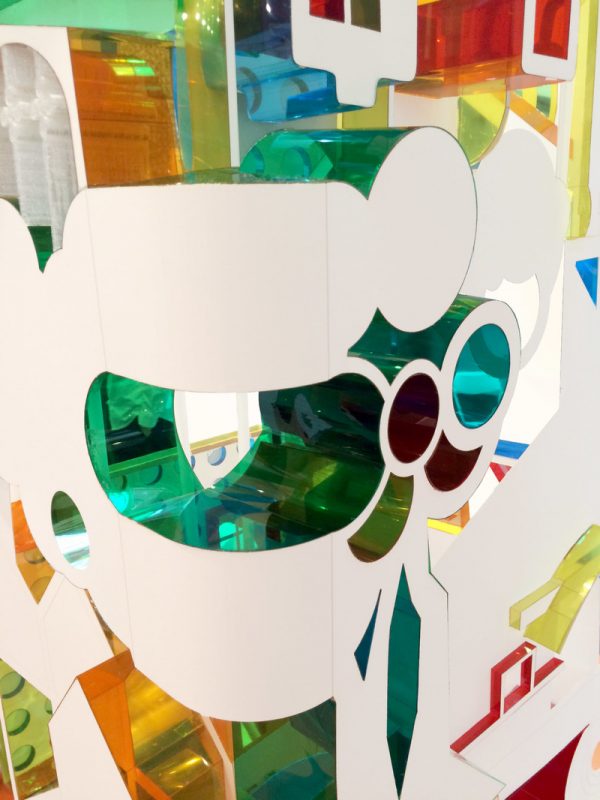 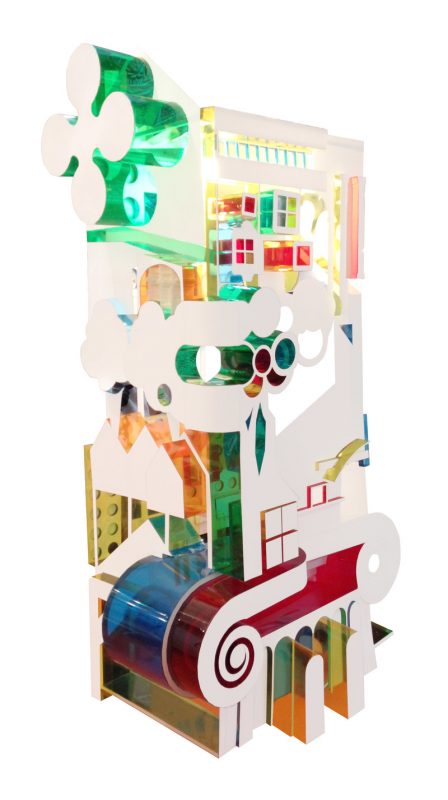 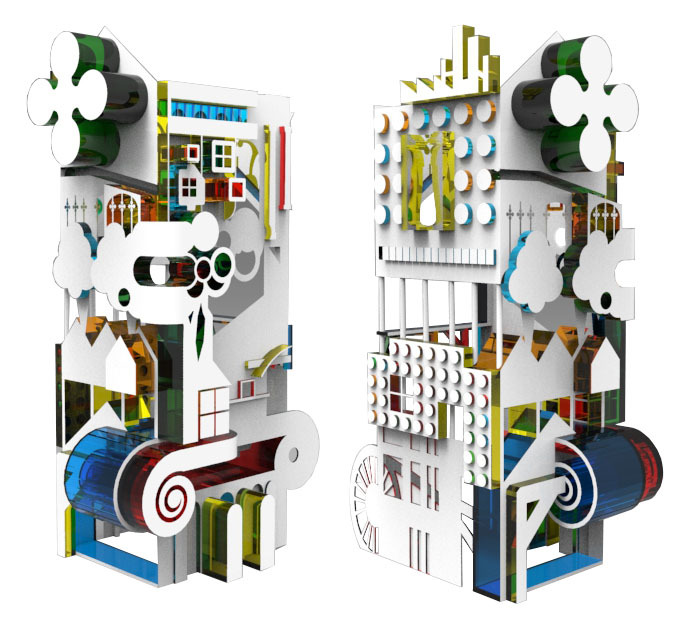 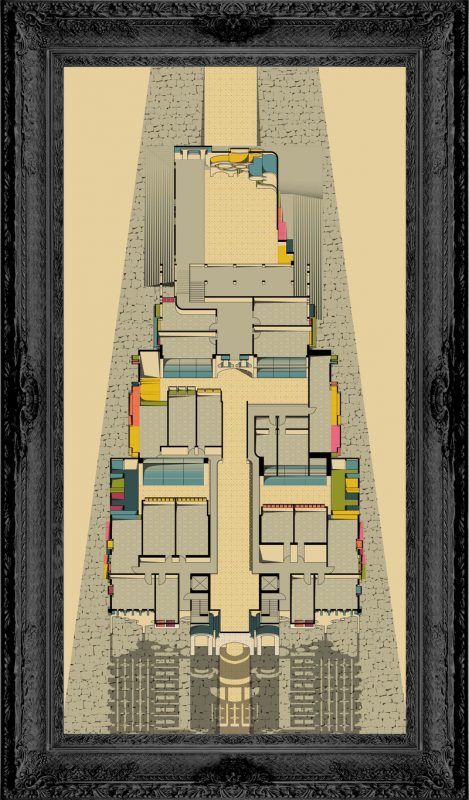 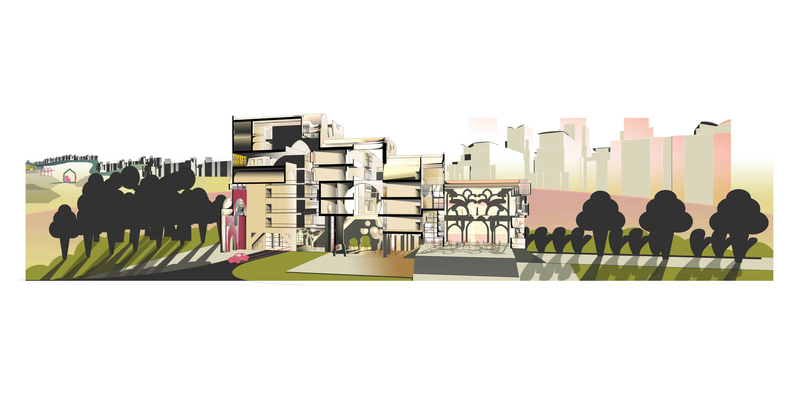 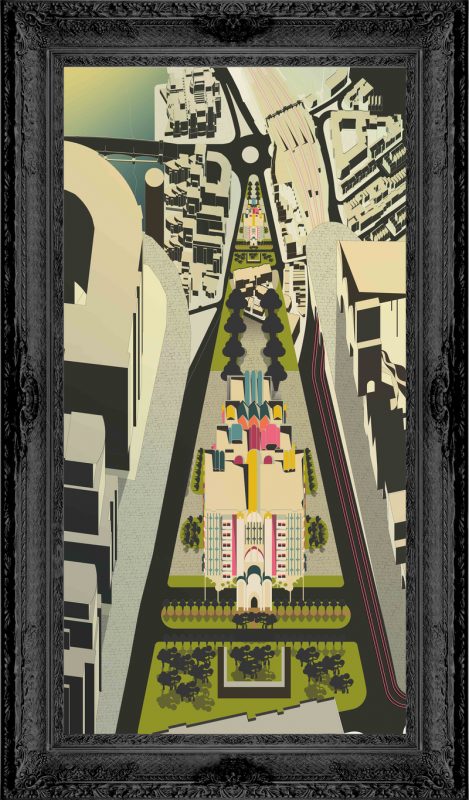 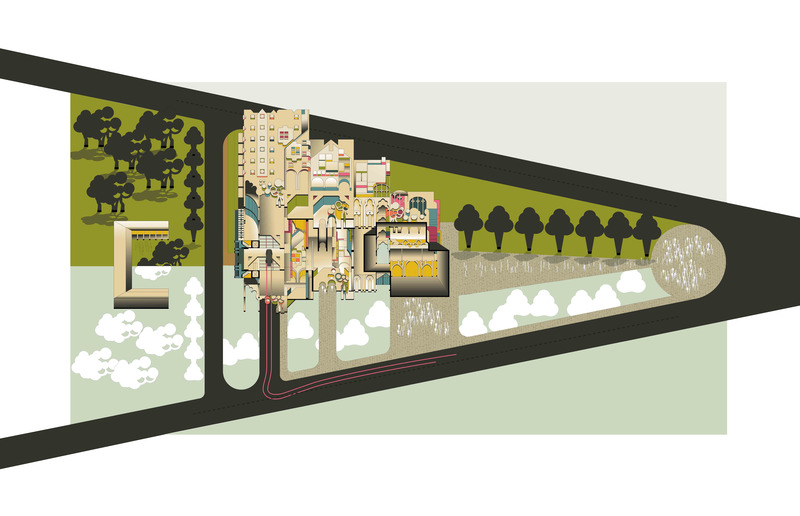