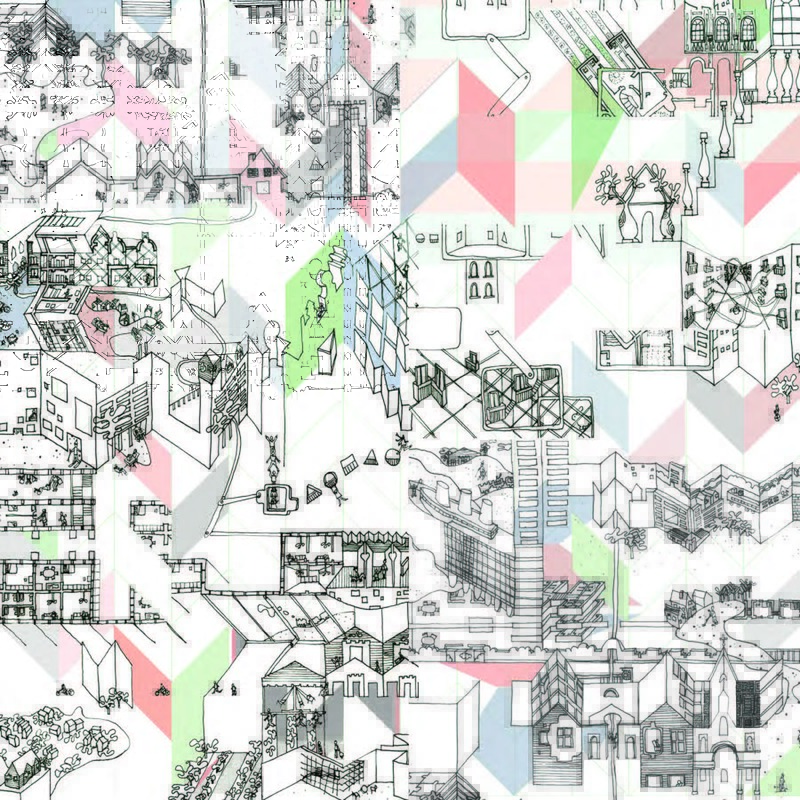 The project is a mix of an embassy staff housing, a market, and spy spaces. The idea of security and surveillance is deeply ingrained in London, a city of paranoia. The site, Vauxhall, is part of a charged masterplan with the MI6 and the new American embassy. In the project, the folding language creates popping-in moments that allow the most secretive spaces, for the spies, to be right next to the most public spaces, such as the outdoor suburban backyard. The repetition of folding creates a gradient of privacy. The representational vocabulary developed from the OMA unrolled drawing is related to the vertical village, the language of houses, and the mixing of different representational methods, such as plans, elevations and sections. Formal vocabulary, stemming from the process of making, focused on the juxtaposition of different scales, the illusions created by the tension between the real and the represented, the language of folding. 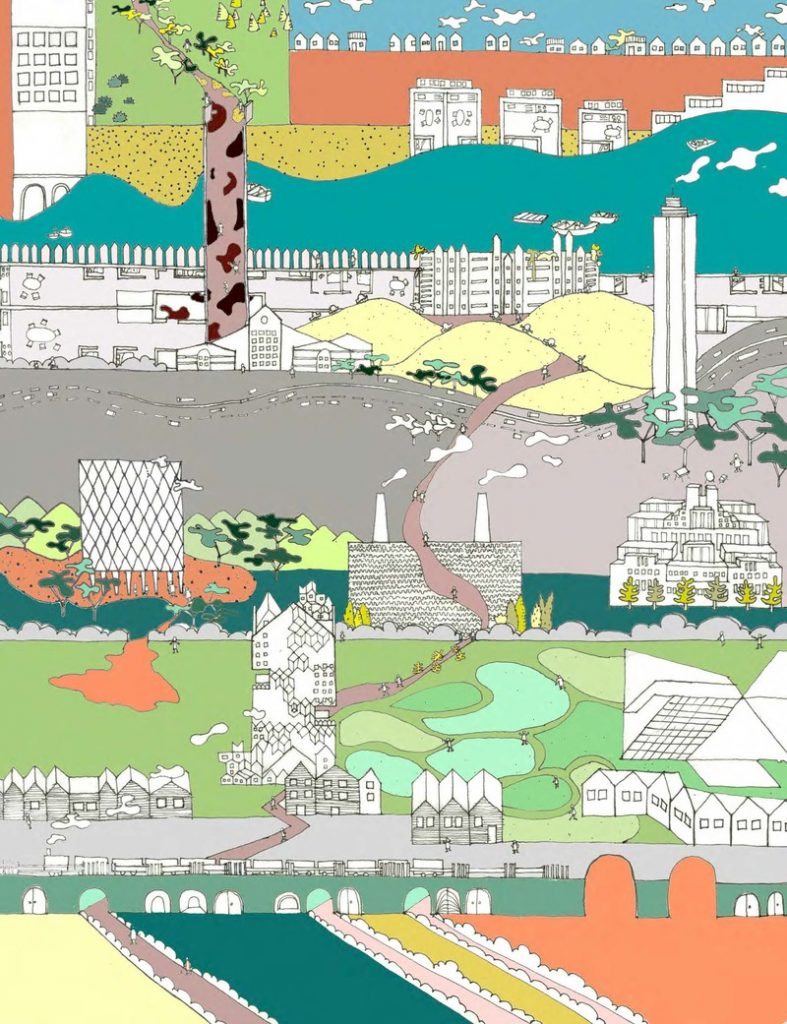 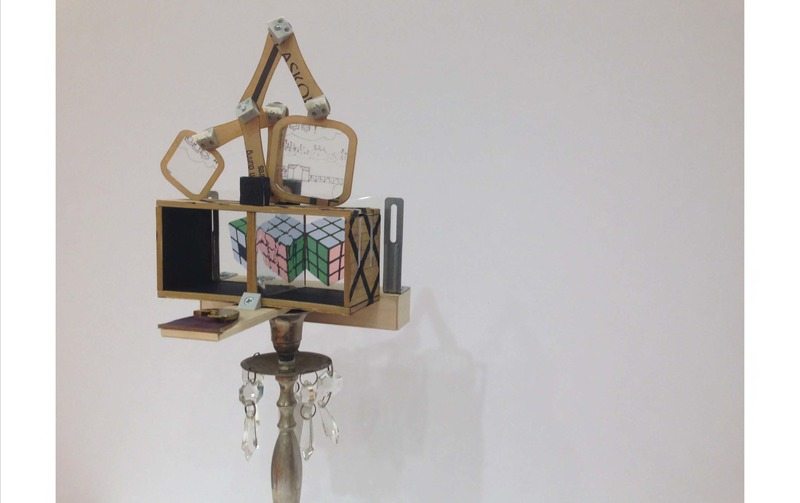 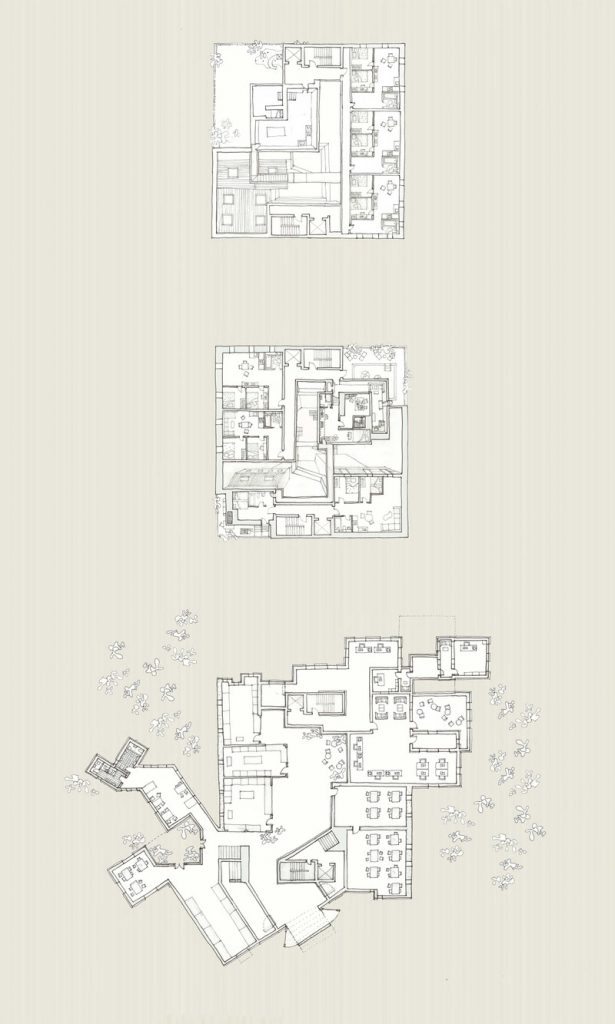 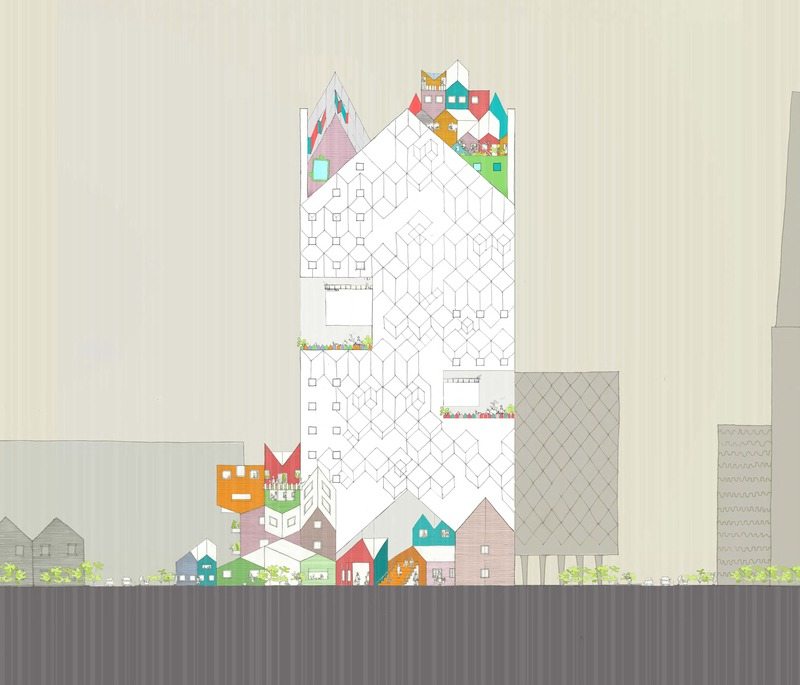 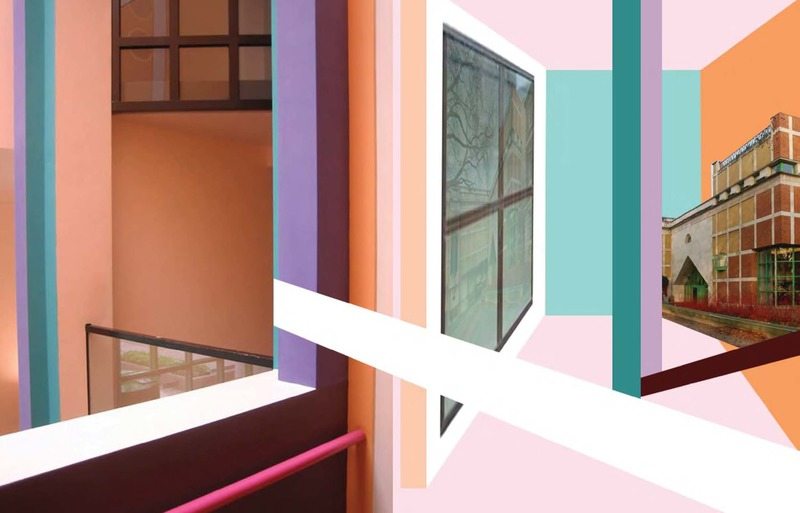