The Piazza San Pietro, although compositionally symmetrical and seemingly stable, relies on perceptual nuances in its formal order and the disjunctive use of perspective to create a totally unstable urban space. The ambition of this project was to exploit the use of perspective – here as a physical object – as a means to derive and organize form and function. If Bernini attempted to erase singularity by creating two focal points, the formal genesis of the project lay in isolating a new set of points defined by mapping significant moments (primary circulation, programmatically defined centers of aggregation, etc). The piazza façade is then organized by projecting views from these points within the piazza, always intersecting the front datum of the project’s “site” at the same width of the rhythm of the colonnade, and distorting more the deeper into the urban fabric it is projected. The project is then in constant negotiation between completing the architectural order of the piazza, and refuting its extension into the urban fabric. Formally manifest in the play off of the long, attenuated views through the building and the agitated views oblique to those views. 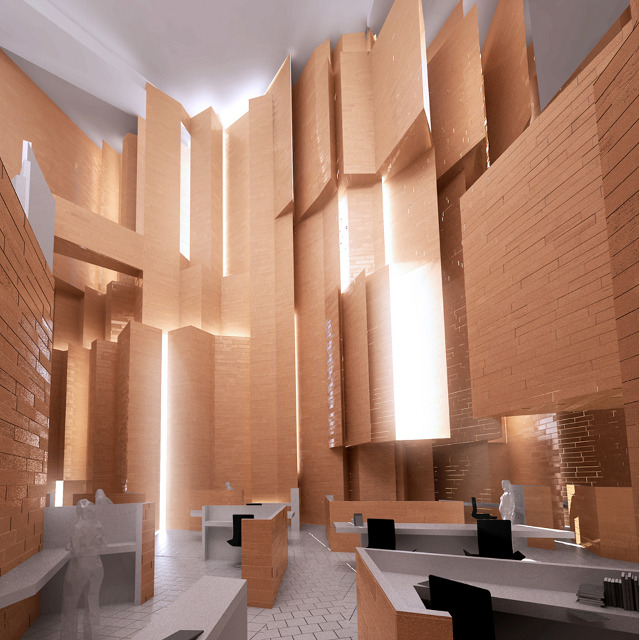