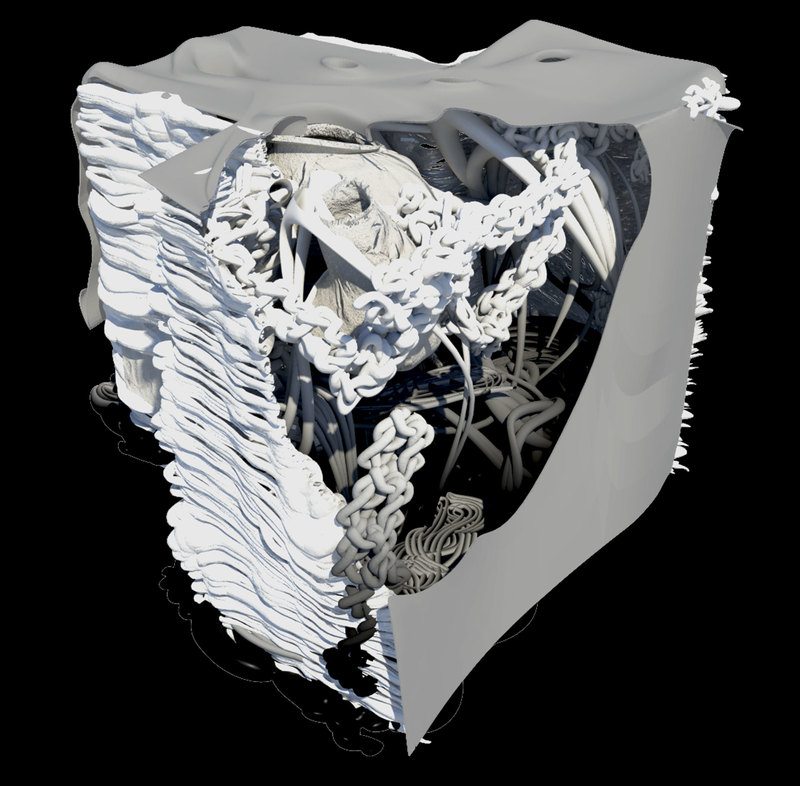 The project stemmed from an interest in the ability to stuff something to the point of rupture, so that the things inside were no longer legible as independent objects and could only be revealed through cutting. Similar to whole animal butchery, every part of the animal is used, the less desirable parts left for sausage making. The notion of stuffing implies a wrapper, which when fully stuffed has material reactions. As in butchery, there are intentional cuts, but also unintentional material results – say if the the intestine lining has a bit of air left in it, when cooking, it will explode. The primitive began as a tube. Through it’s relentless repetition and snaking, became directionless, losing beginning or end. Flattened for floors, inflated for stairs, bundled for mass, the single primitive did all the work and shifted only through minor deformations.

As a literal translation, paper was rendered as the wrapper, to not only reveal the geometry of the strange form but to explicit and materially depict an idea about deformation, packing and tearing. Crossing a gradient of scales of material that one would typically find in a real model – from the large scale paper exterior, to paper mache, to tactile playdoh molded interior. By applying something incredibly familiar at an unexpected volume, ideas about scale and association were confounded, and a hyperreality was created. 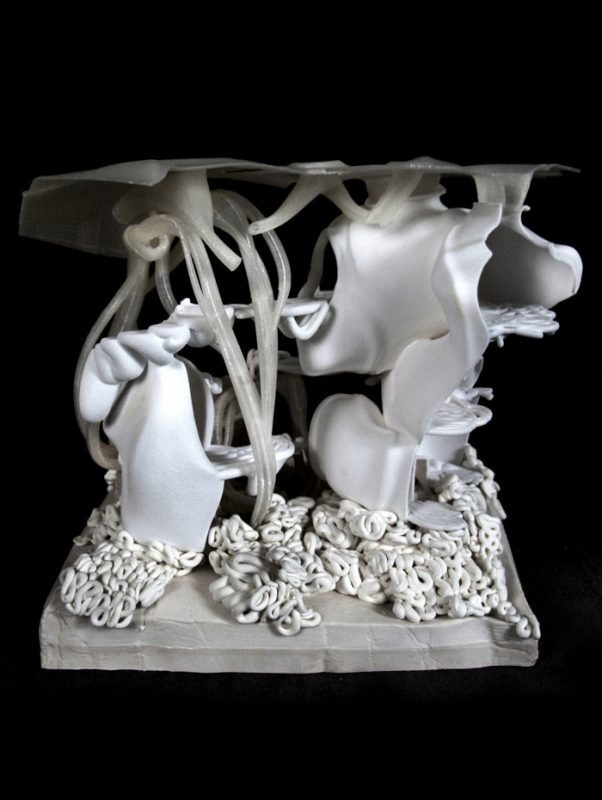 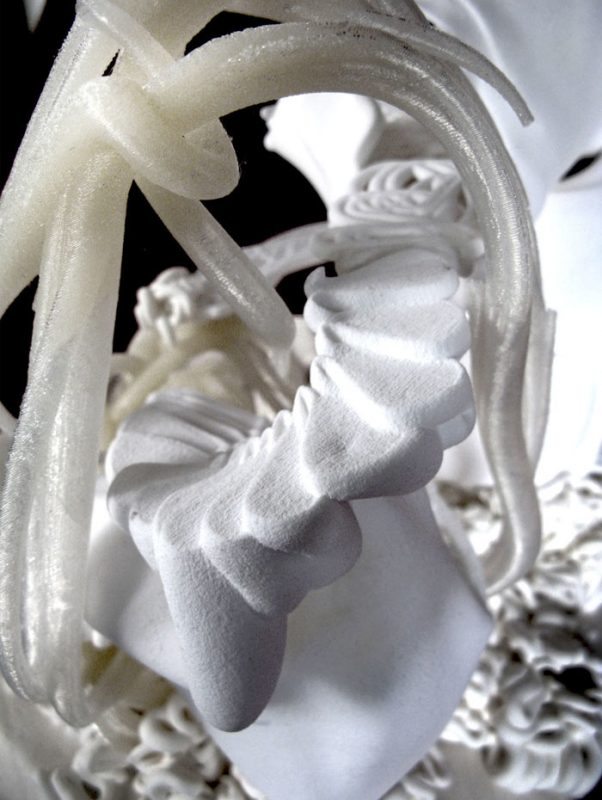 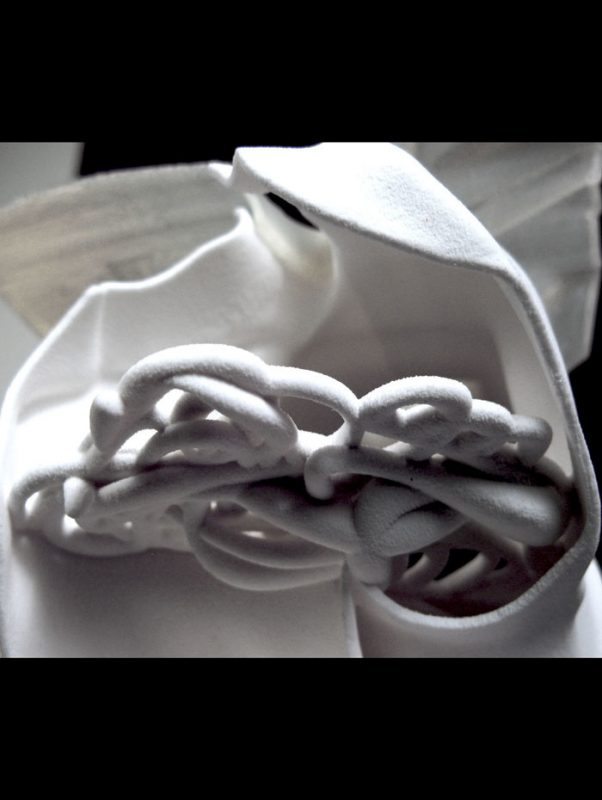 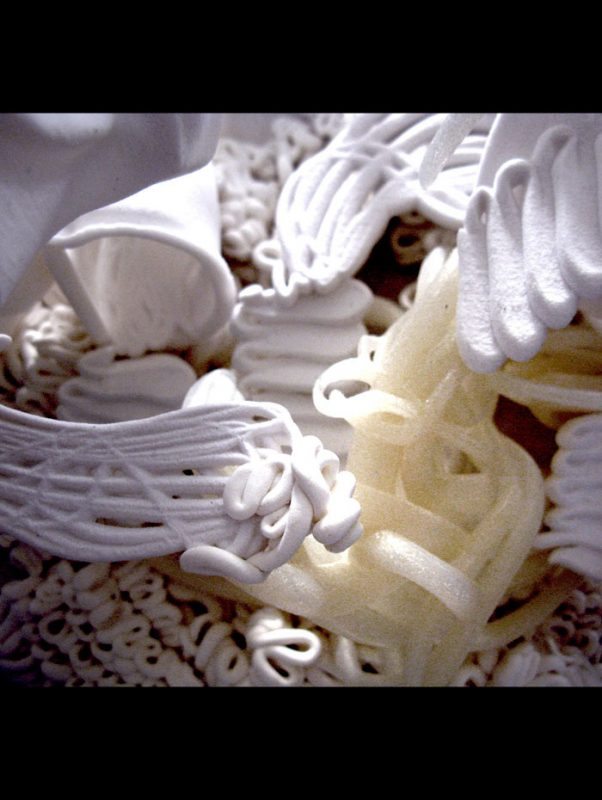 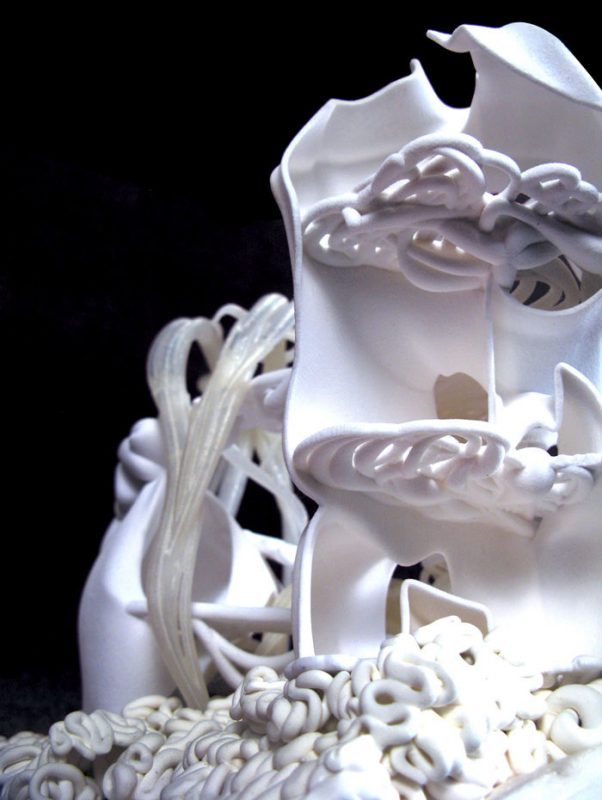 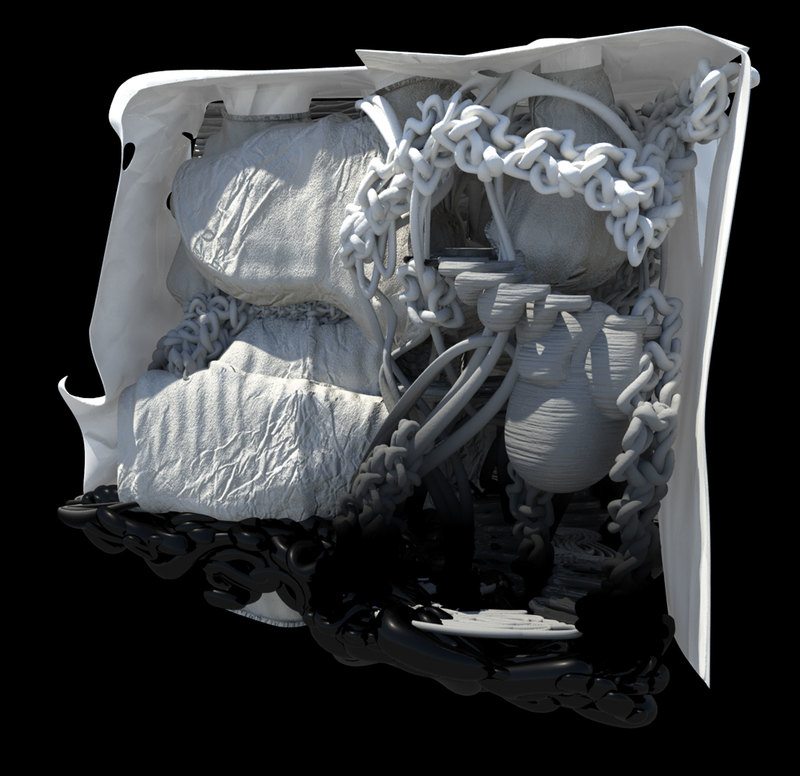 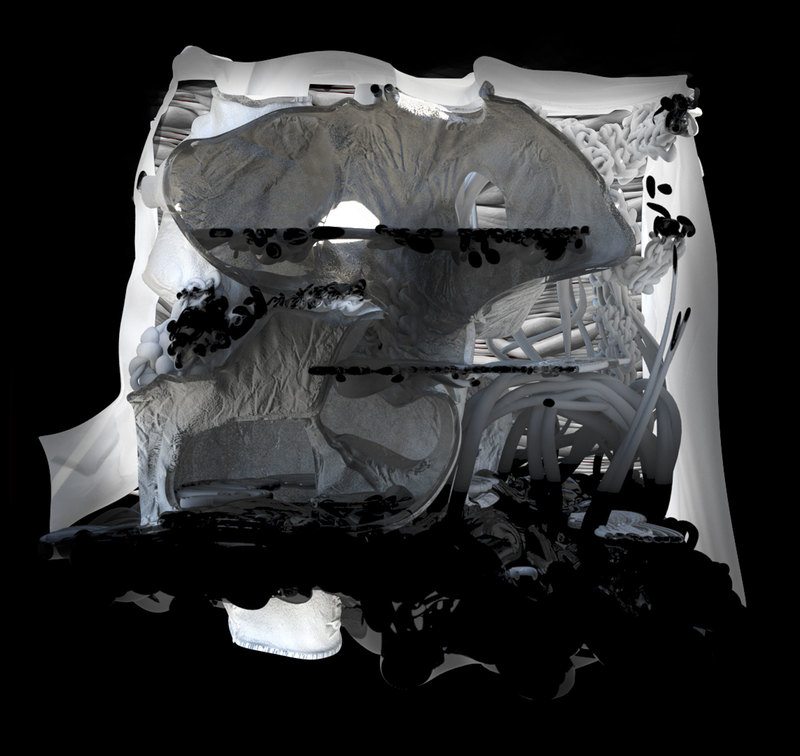 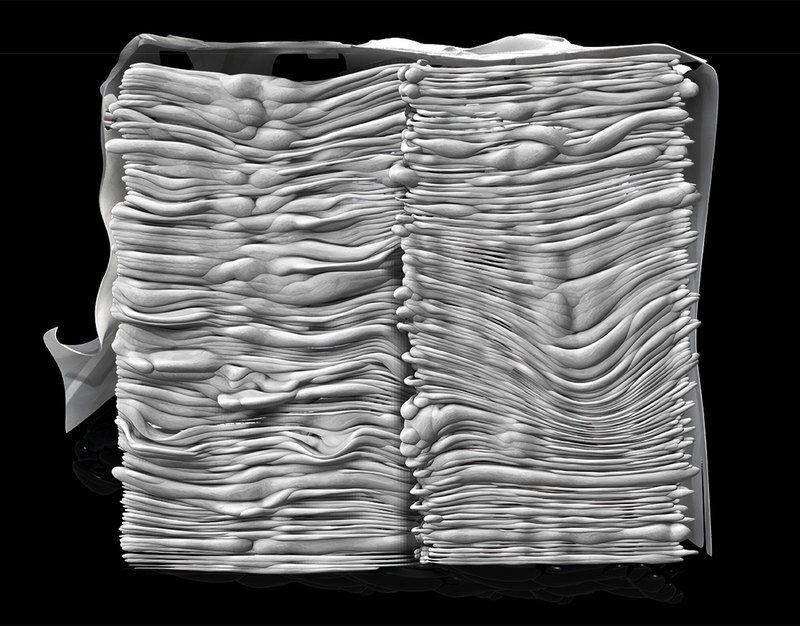