The K-town EMC challenges the traditional vertical method of communication by presenting a horizontal plane of interactive, photovoltaic LED panels that aim to create a blending of programmatic spaces through the application of a responsive surface media.

The prevalence of vertical signage and the communication of information on a vertical registration promoted an investigation of the horizontal capacities of communication in the Korea town Experimental Media Center located in Los Angeles, California.

The K-town EMC challenges the traditional vertical method of communication by presenting a horizontal plane of interactive, photovoltaic LED panels that aim to create a blending of programmatic spaces through the application of a responsive surface media. The K-town EMC uses media and the perception of information in order to foster mixed programming through surface manipulations. The urban surface in this project is expanded by the use of photovoltaic LED panels which respond to the weight of human interaction and also serve as a new medium for the display of artists residing in the center. As opposed to the signage of Korea town today, which identifies separation and fixity through vertical walls of information, the goal of using media in this way was to create a surface of information that flows through variously programmed areas providing an opportunity for exchange. As a residential development fueled by the use of media and technology, the display areas are intended for use by the residents of the experimental media center located in the building. With various installations flowing across the continuous surface between different areas throughout the development, the idea is to create an interactive and changing media surface that displays a transitory nature while promoting a blending of spaces and programs.

The focal points of the project, the atriums that situate at each end of my development are intended to be melting points for the convergence of various types of media – from exterior to interior and from housing, to circulation, to media center. The fluid surface that displays a transitory media collects at these massive vertical moments to deliver a visual display as well as blend the opportunities for program mixture inside the building. Resident artists are meant to display art on the walls and be able to move freely throughout the entire building in order to use atriums and roofs to hold exterior showcases and exhibits. The life of the regular resident becomes involved with the information and interactivity of exhibits and displays that predominate the entire building. They are surrounded by the nature of a changing environment.

Providing an environmentally focused/efficient method for solar capture, the display of information and signage prevalent in Korea town provoked the inclusion of photovoltaic LED panels that could act to create a new transportation resource (electricity) while also serve as an alluring technology in order to promote the success of an experimental media center at this medium sized residential development.

Developing a relationship between three facets of the building program (Image Center, Reaction Surface, and Module), the K-town EMC presents the user with an opportunity to engage in an educational fashion with the building program and functional interface at all times, whether an in-house artist, resident, or just a visitor to the public areas outside the main entrances.

The opportunity for larger and global applications lies in the use of solar power to generate energy for the development, but also for the use of electric vehicles. A system of solar powered LED’s could be used to line the streets of major cities and provide energy to moving electric vehicles – the idea of surface information and energy production could be coupled to create landscapes that relay information to us and allow for flexible usage. The hopes are that this new center will spawn a drive towards solar resource capture while it provides the culture of the neighborhood with fun and interactive technologies. 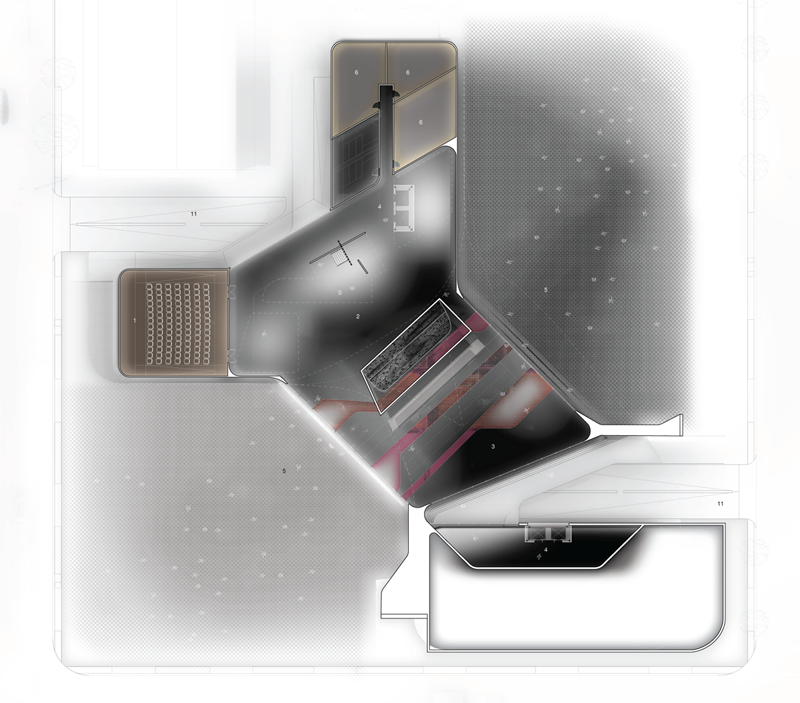 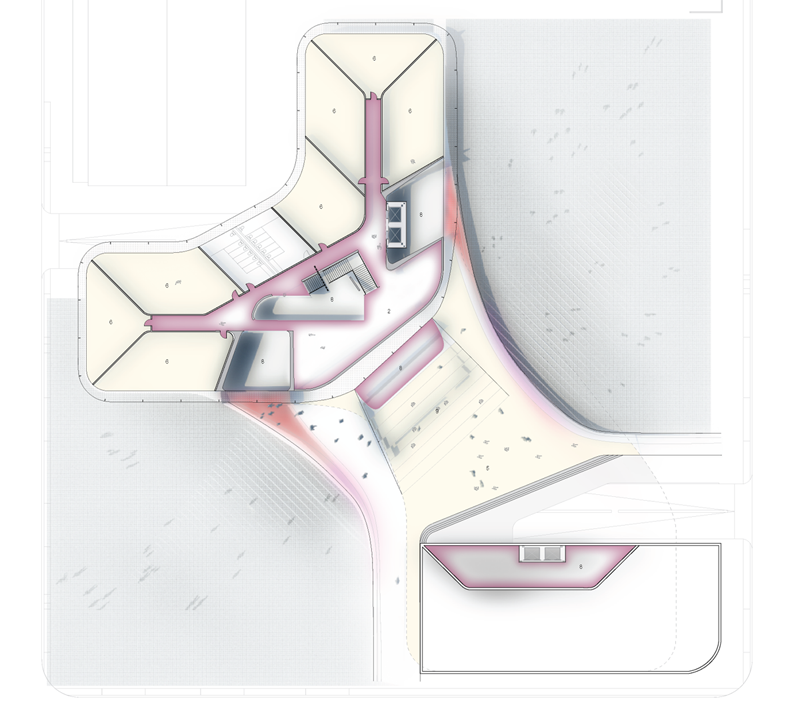 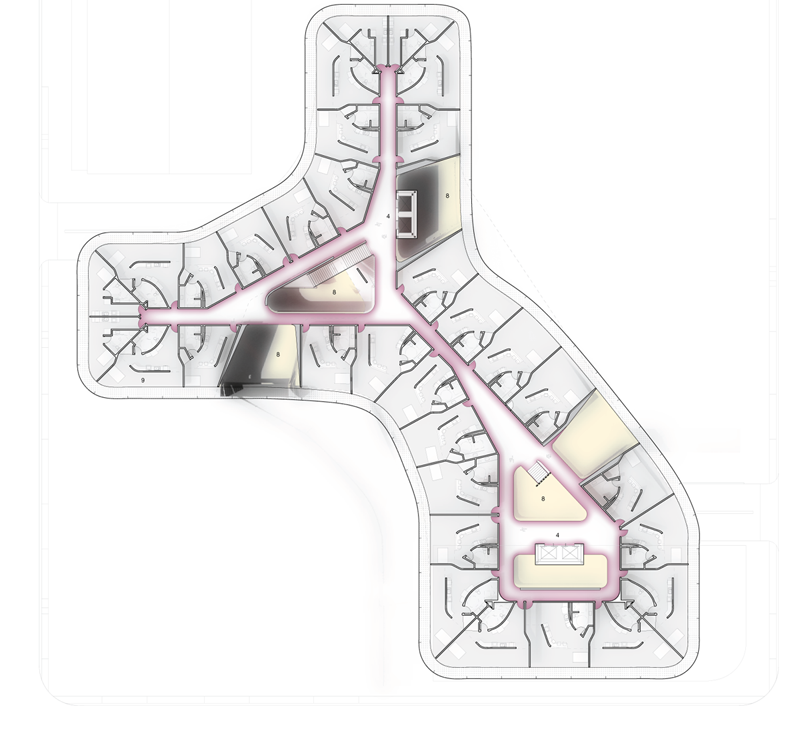 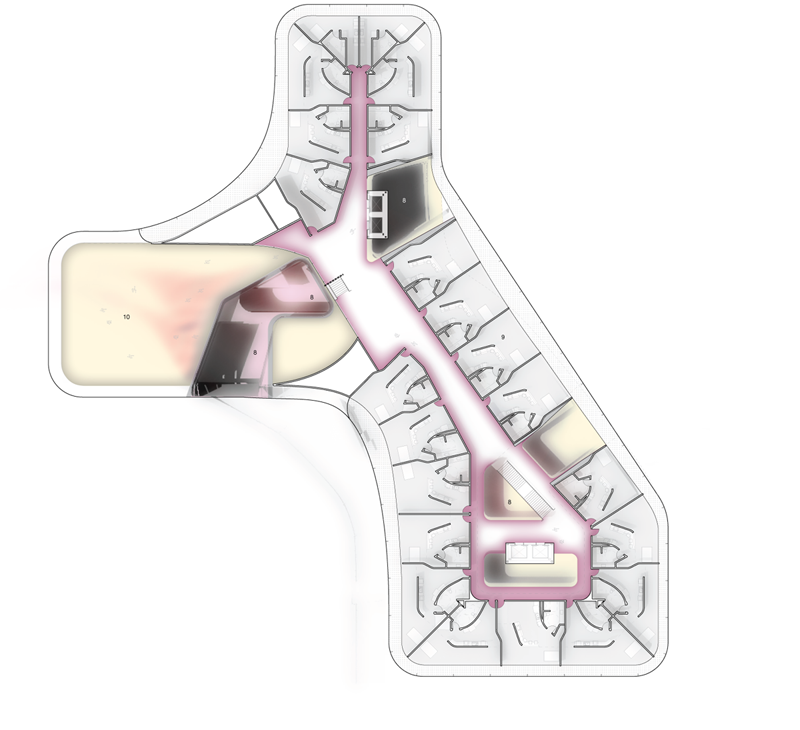 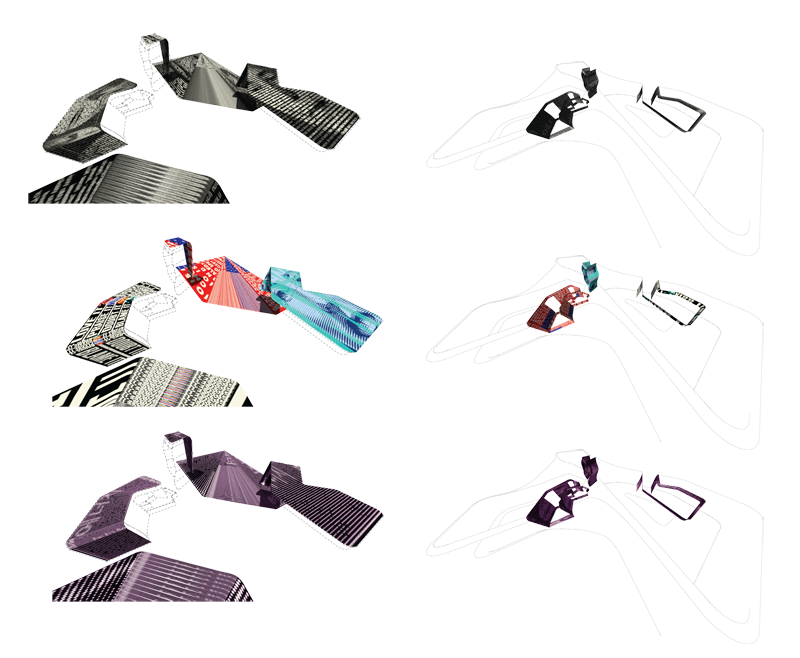