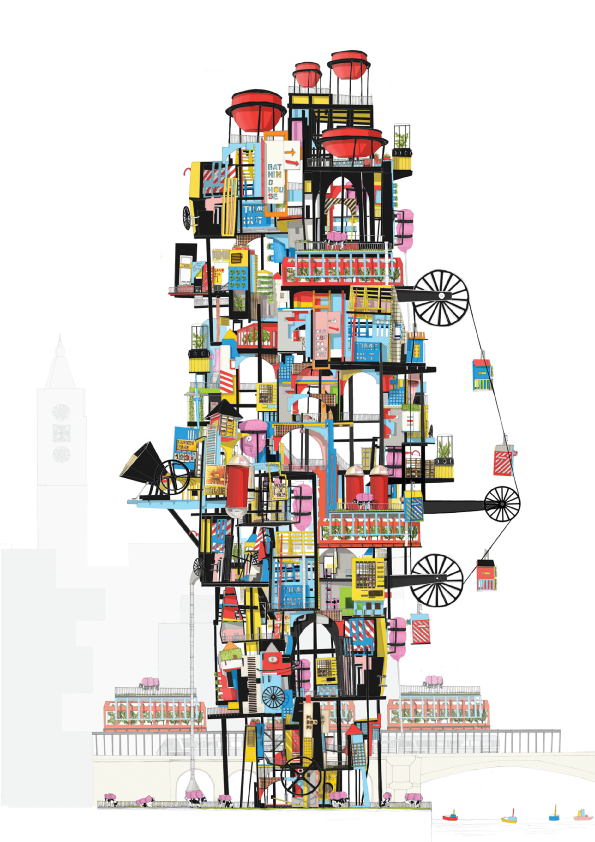 The Farmhouse project is a prototype that looks at forming new self-sufficient communities which integrate agriculture and housing within the city of London.

The Farmhouses and vertical colour gardens will be open to the public, and will rely on its colours and visitors to achieve self-sufficiency. Visitors and residents will be expected to make a donation of faeces, urine, hair or nail clippings when they visit the building. These will be used to produce water, compost and electricity for the Farmhouses. Methane gas released by the waste produced in biogas digesters can then be used directly or to produce electricity.

Without its public toilets the community would not be able to survive. The more visitors the building can attract the more power, food and water will be produced. New public toilets will be erected across the borough in order to collect human waste to power the Farmhouses. New communities will begin to grow around the more popular public toilets, creating new Farmhouses.

The Farmhouse project explores the use of colour to attract people to the building and entice them into using the public toilets by using the same principles used for colour in marketing and advertising. Colours are therefore used less for their aesthetics and more for their functional properties.

The project also looks at how the colours of the building may be altered and affected by the human waste deposited in the public toilets. Diets high in aluminium and other food additives will cause the colours of the flowers, and thus the architecture, to change and evolve in direct response to its residents and visitors.

London boroughs now have the duty, under section 40 of the Natural Environment and Rural Communities Act, to have regard for biodiversity. Currently parks and open spaces account for 12% of Southwark’s overall land use with 32 parks, this project will seek to increase this to at least 90% leaving only the transport roads free. New planning laws will be implemented in the borough where all new roofs, balconies and walls will need to be used to grow a certain quantity of vegetables or provide garden space.

Electric eels will be kept as pets in fish tanks to power the lifts. The innate electricity discharged by the eels will be harnessed every time the creatures brush up against sheets of copper wires placed along the inner surfaces of the glass. A conventional elevator in a 20 floor apartment block will use 100 Wh per round trip. 20 eels, producing 500 Wh each time they move, should ensure that the lift is constantly moving. When the lift stalls the eels will need to be woken up and excited to get the lift moving again.

It will be up to the residents to create their own personal space by lifting staircases and moving wall panels. Within the dwelling they will grow some of their own food, they will sleep on the stair-bed and they will be able to boil water for their morning tea in the solar kettle.

Citrus fruits are acidic and conduct a small amount of electricity through their juice. These will be used to generate power to run small room devices such as, clocks and LED lights. Each lemon will produce 1W. Two lemons will be needed to power one LED light. Twenty lemons will be needed to power one street light with ten LEDs, producing as much light as a conventional 40w light bulb. Oranges and lemons take an average of 6 months to decompose, however, if the lights begin to dim earlier, the fruits will need to be replaced sooner.

A giant solar oven will be used to cook food for the whole community in the Farmhouse.

The residents collect flatus bags from the cows and then empty them in the nearest gas container, the flatus is then filtered through a methane gas dryer which will eliminate all the other components of the flatus. The methane gas will be stored in a gas bag to then be used in the kitchen for lighting the fire to cook the food. 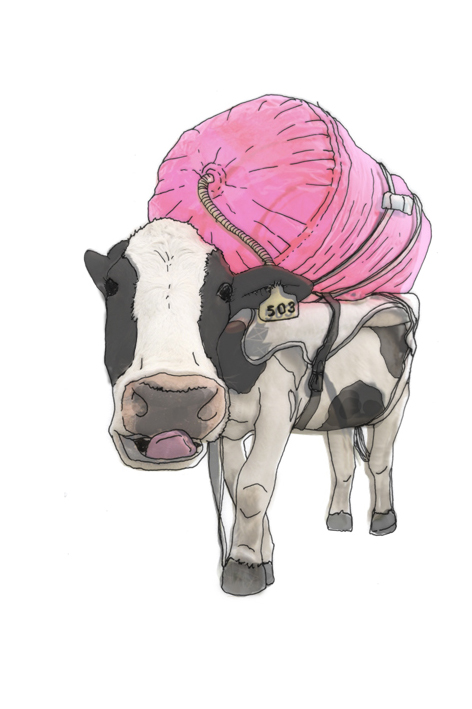 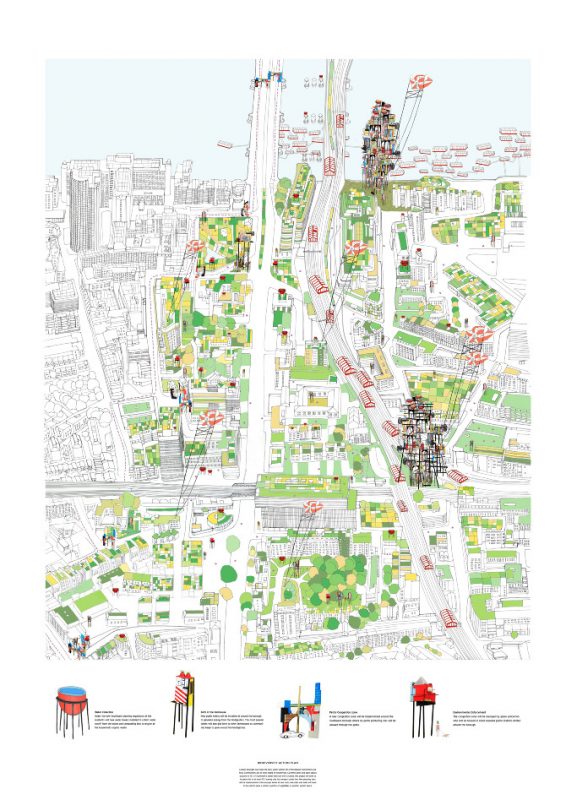 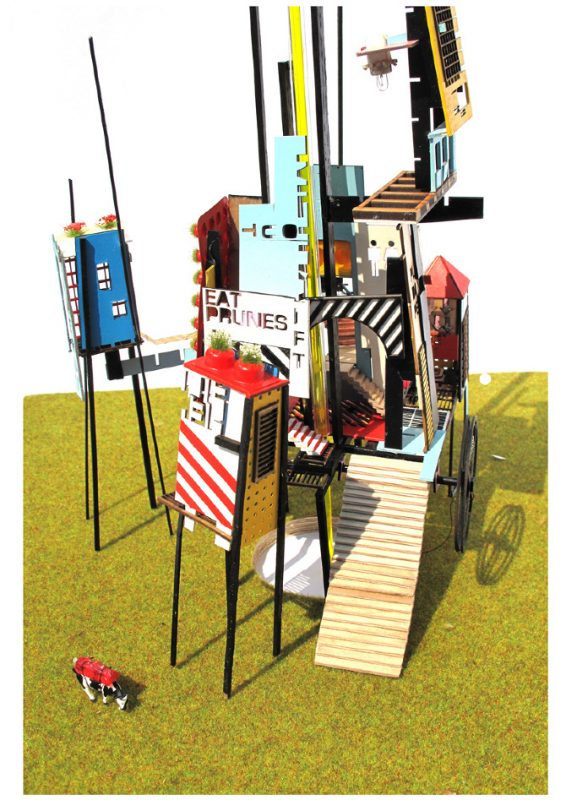 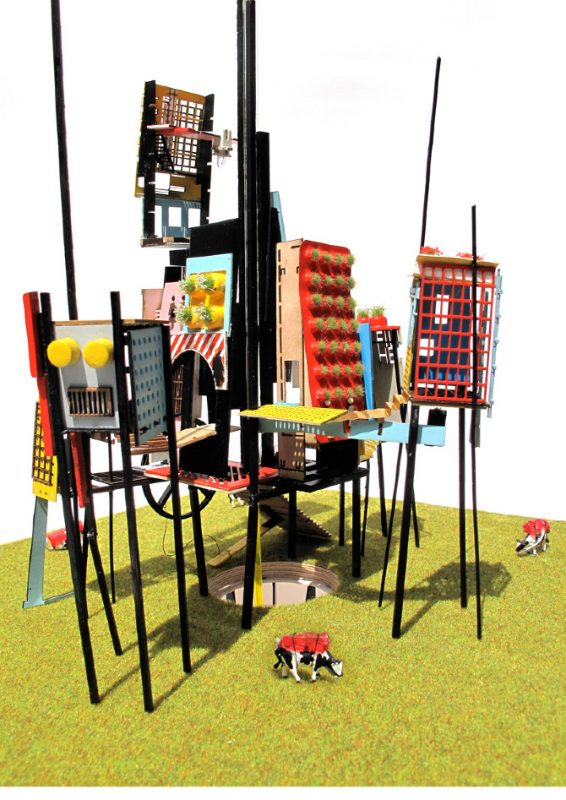 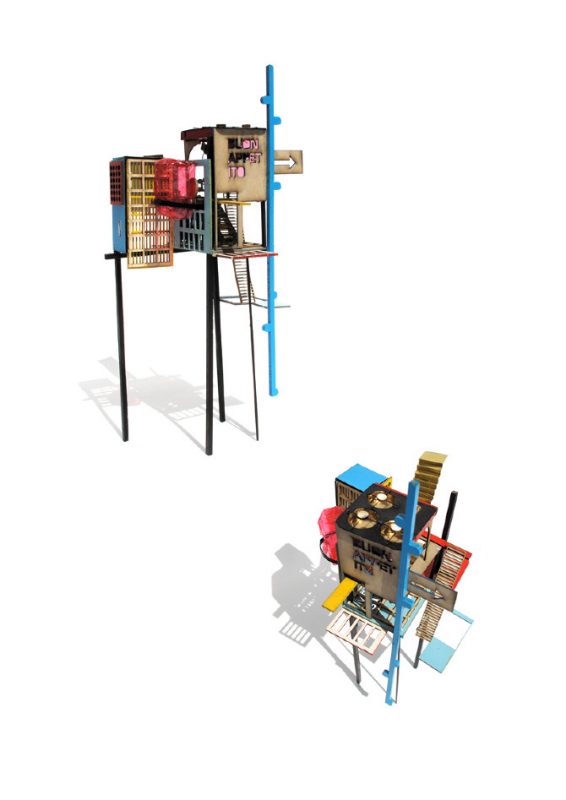 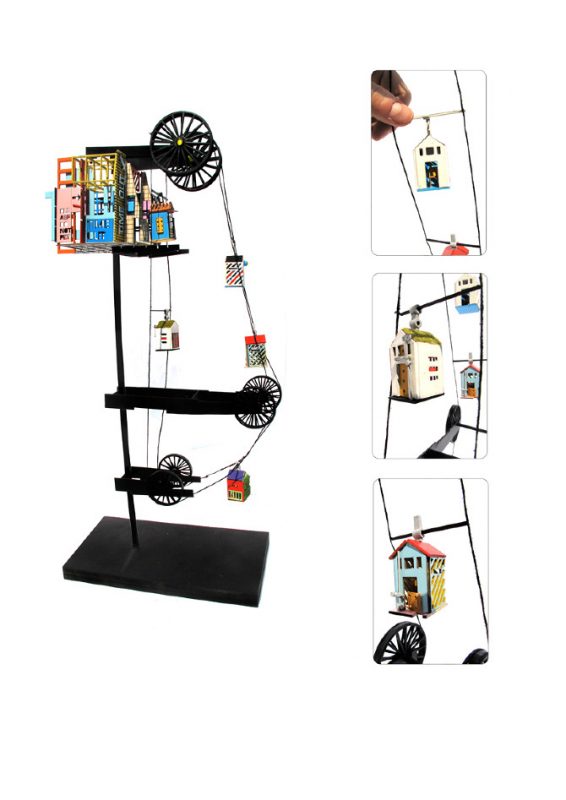 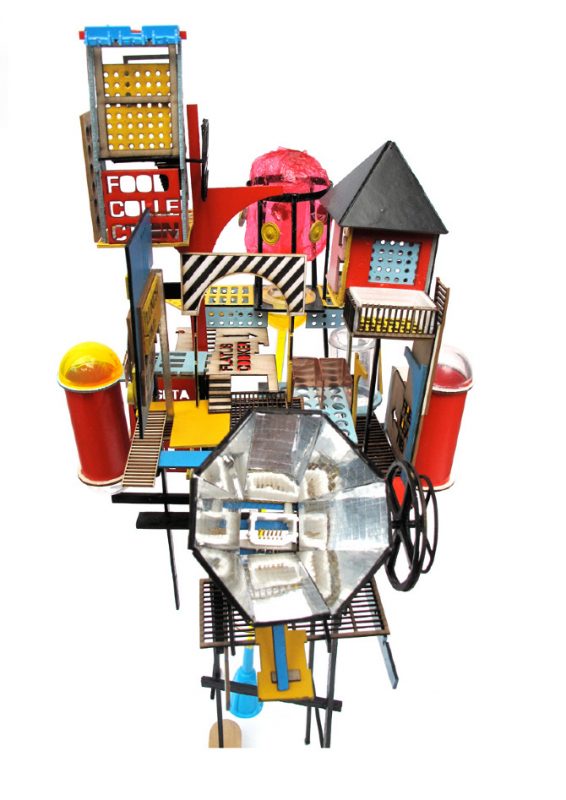 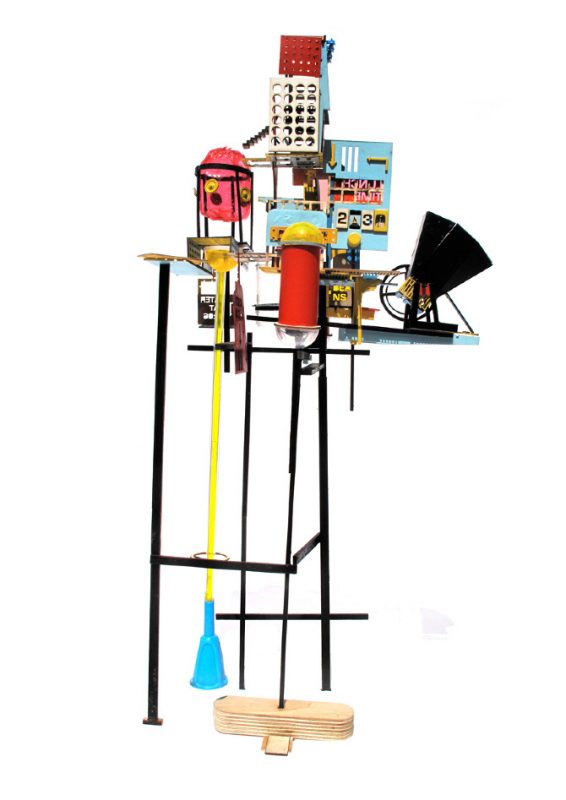 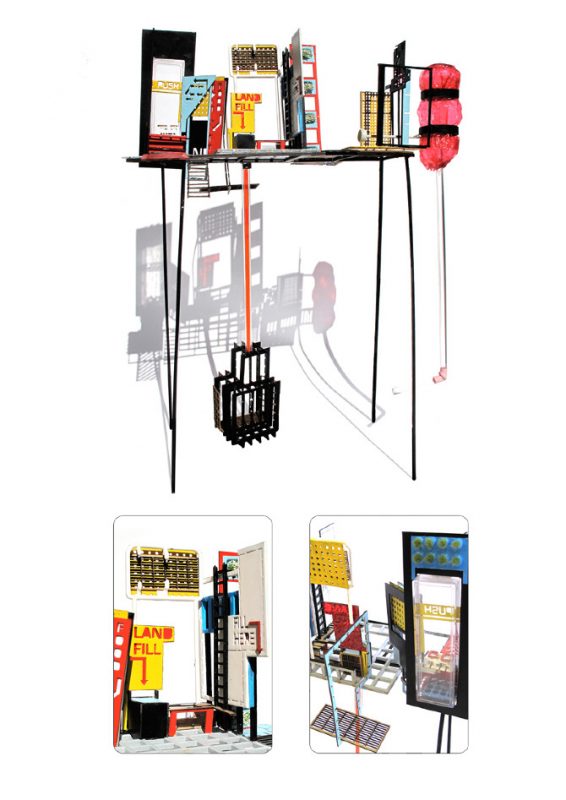 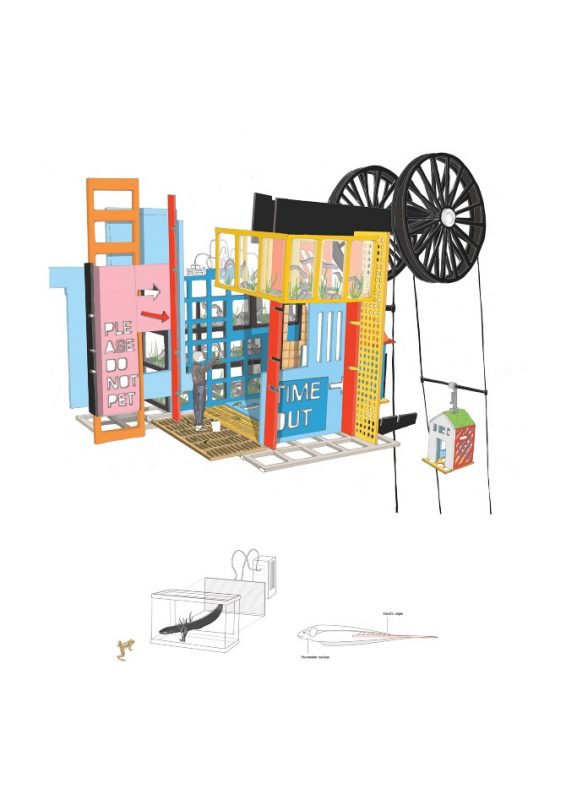 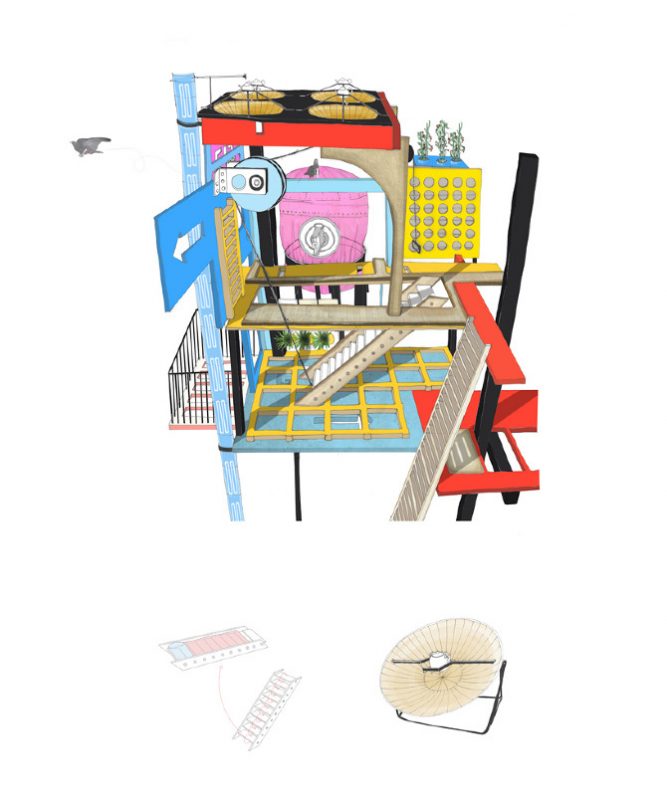 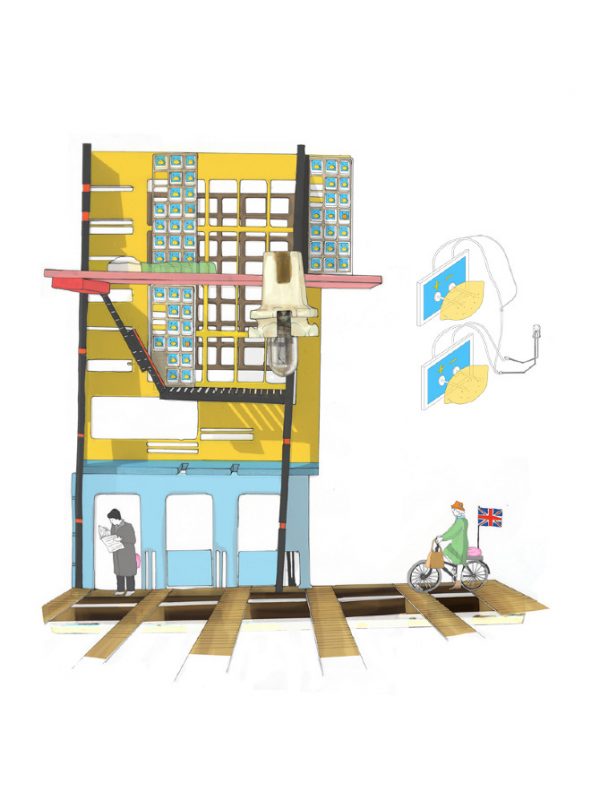 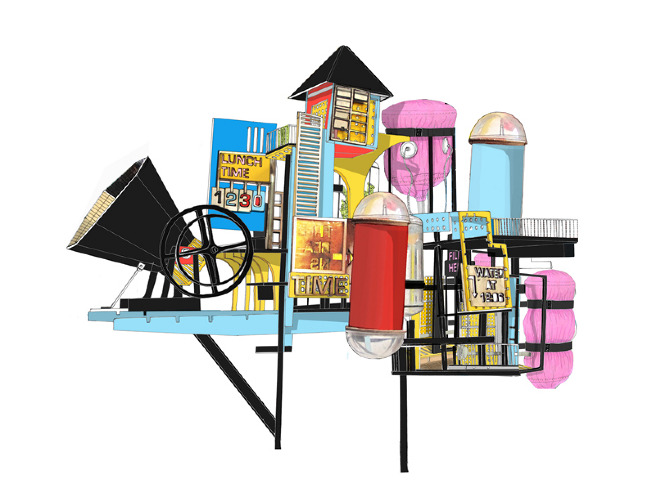 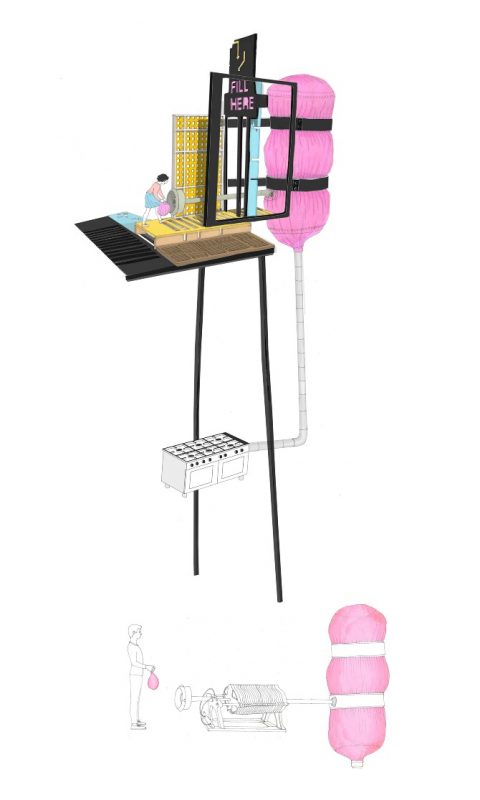