Metamorphose explores the potentials of transformation at the building scale. Situated near the end of a historical railway trench in the heart of Downtown Helsinki, the tower feeds on the potentials of a new public datum that slices through the heart of the city. The “void,” that cuts through the city is re-programmed to activate a new pedestrian life below street level. The tower is a catalyst for public space to be turned from horizontal to vertical.

In order to take on cliches of the typical static, non-sensational tower, Metamorphose physically transforms over time. The transformation, which happens over the span of roughly 1 week, morphs the tower from a closed, non-stimulating, efficient office type to a fully stimulating experiential type that activates the city during the most publicly energized time of the week. When opened, the tower reveals its own void in the form of a semi-exterior atrium, perfectly in line with the void of the city. This new and surprising configuration of tower-to-city forces the continuation of the vibrancy of public life up through the heart of the tower. As the user continues from the horizontal to the vertical, one would find new and exciting public space that is programmed into the very top of the tower.

Lining the exterior of the tower void is a new sustainable, wind-energy-generating technology. Inspiration from Ned Kahn’s sculptures led to the concept of combining the aluminum panel grid that reacts to the environment by moving with the wind, with technologies that deal with sustainability. The aluminum “leaves” would catch the wind, and would generate electricity through vibration. Not only would the leaves generate electricity for the building, but they would make apparent natural forces that aren’t usually visible (wind). The effect would stimulate the interior environment, counteracting the dreary climate conditions of Helsinki, and would produce a more productive and stimulating work or living environment. 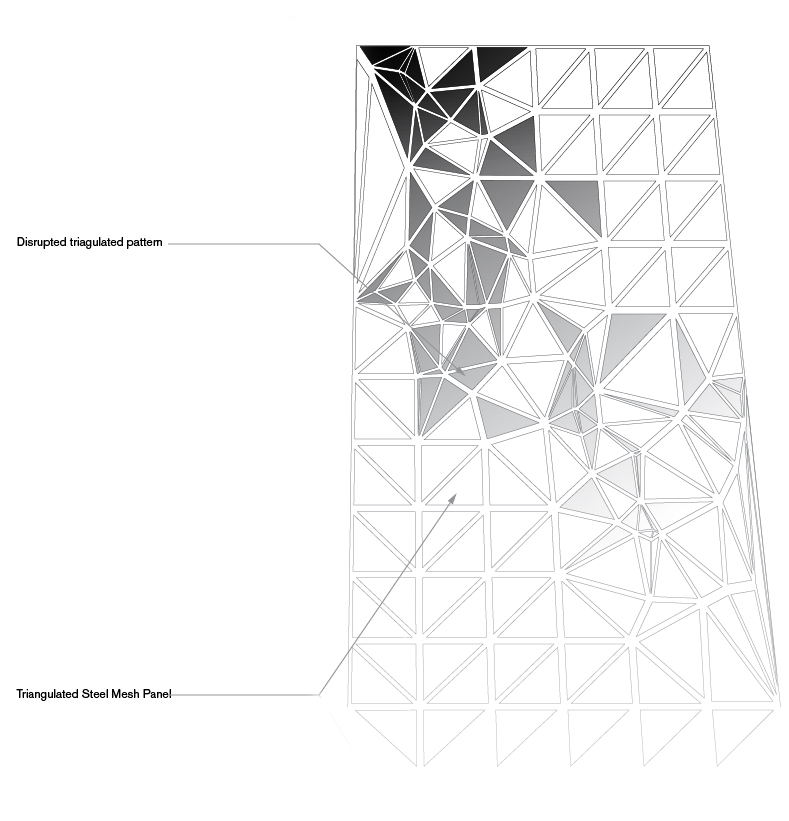 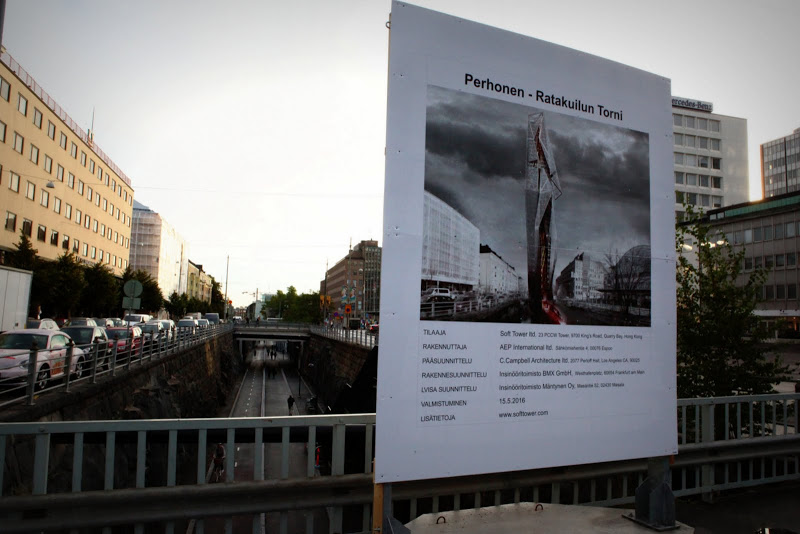