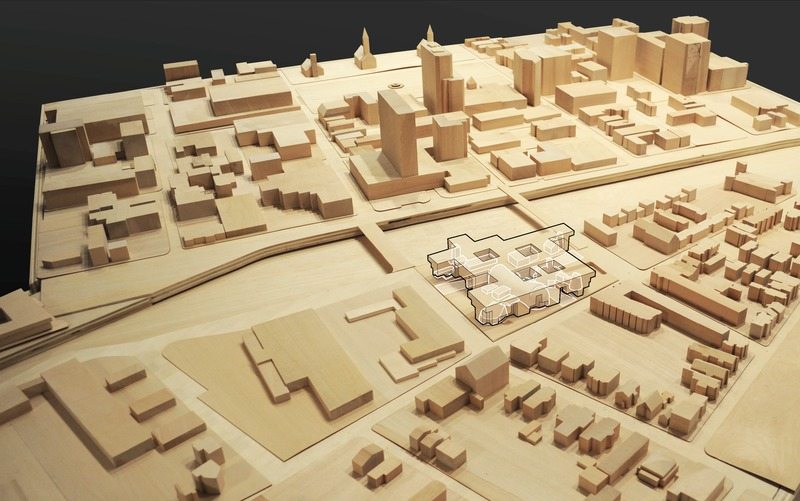 The original mission of the Catholic Church, from its Greek word catholicus, universal, was to negotiate and unite the dispersed Christian cultures. The church’s original agenda was to capture and manipulate existing public space in order to assert its place within the community. This operation linked the notion of the sacred with the notion of space. The Roman Basilica, a recognizable public building, transformed into the symbolizing archetype for the Catholic Church– a sacred space with clearly defined directionality and movement. The critique of the church in this project is represented through a reversal of this process. The mat building surrounding the sacred spaces, recaptures the church and by that reveals the interdependency between the church and the public.

The Catholic Church has always dealt with the crisis of representing the ineffable and the project seeks to answer how this is pertinent within today’s urban paradigm. The project’s site, located between two incompatible rationalities, acts as what Marc Auge defines as a Non-Place, a space with an unattainable narrative. Thus, the site becomes perfect ground for the project that seeks for the ineffable.

The site is located between two clear structures of reason, the dominant New Haven 9-square grid based on ideal planning proportions of Solomon’s temple and the peripheral non-linear grid of Wooster square driven by its contextual boundaries. As the site has not revealed an attitude towards which neighborhood it belongs, it is located in a space of ambivalence. Due to that fact, the site becomes fertile ground for a homogeneous mat building type which is inherently self-driven with an internal organization and growth structure spreading outwards towards the site limits.

Sacred space is produced via an interruption of this rational homogeneity. The symbolism of the church has traditionally been achieved using an unpredictable/figural mass and juxtaposing it to an otherwise homogeneous and predictable context, I.E the displaced church/plaza as an interruption of regular space. Our reinterpretation of the church is achieved through a similar process. The introduction of irrational heterogeneous space (the church) as an interruption to the highly rational mat building typology (the apartment building). The mat buildings offers homogeneity and the possibility of continuity while preserving clear structure and reason. Through the juxtaposition of regular against irregular, the intuitive against the rational, the project negotiates the idealistic notion of democracy as seen with a non-hierarchical building type and the ideological notion of sacrality associated with intuition and the irrational. 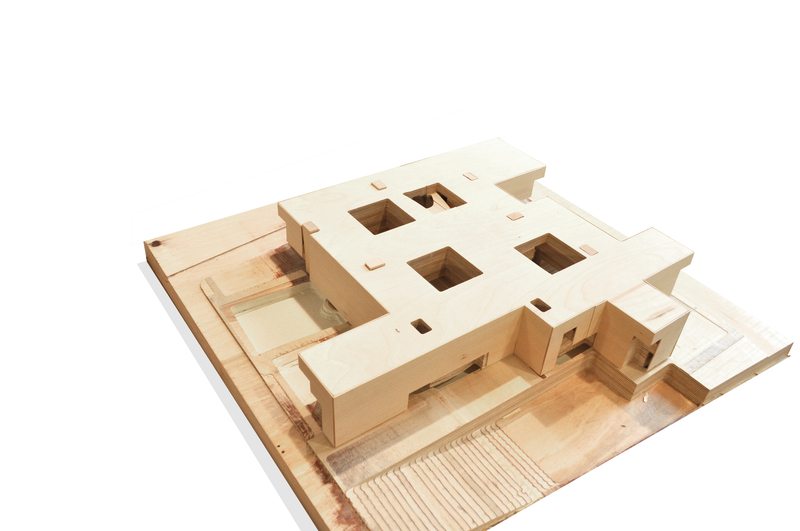 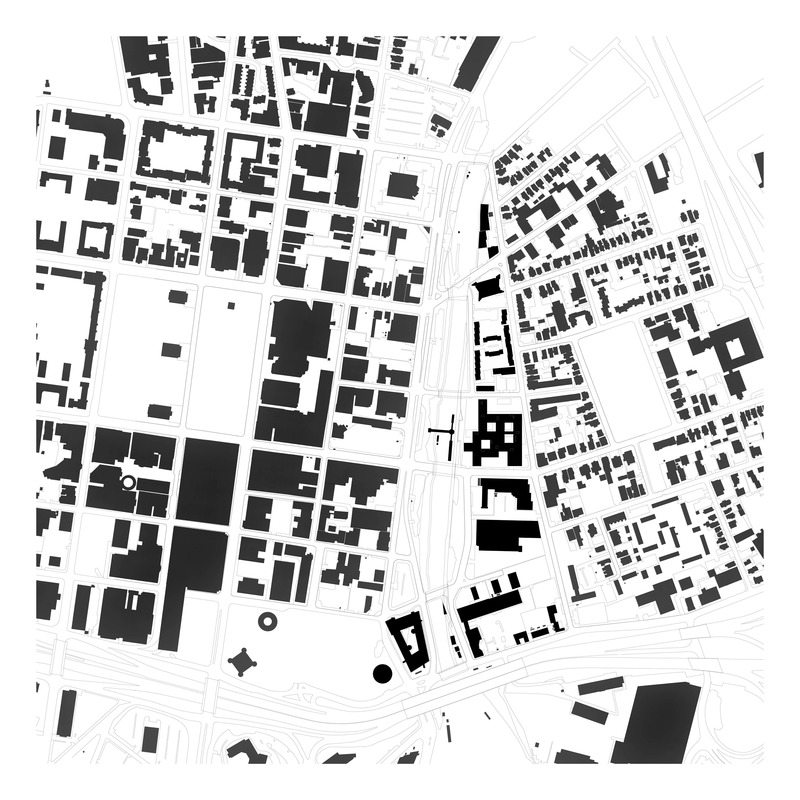 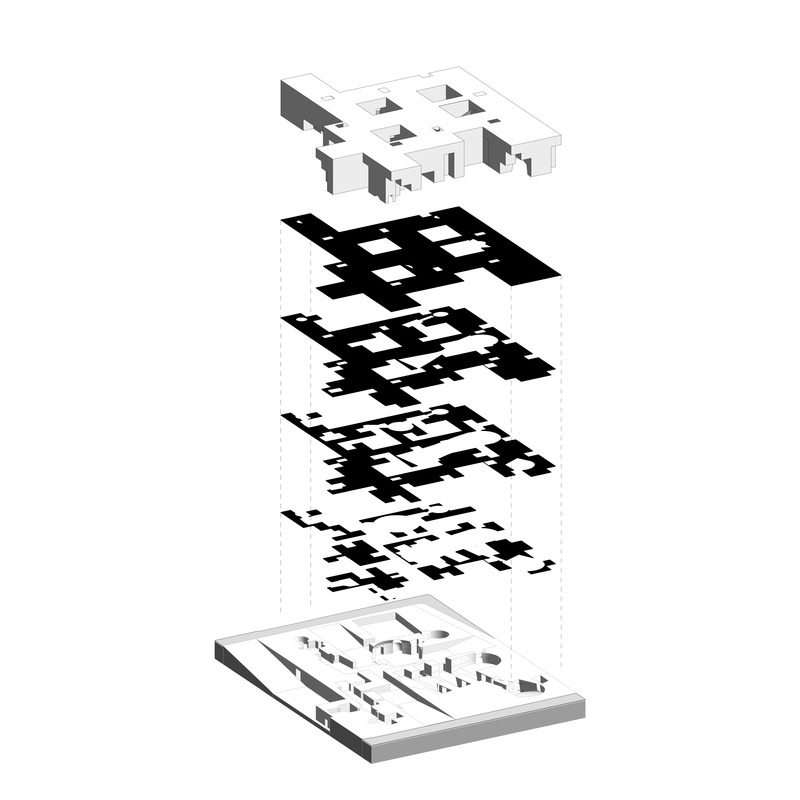 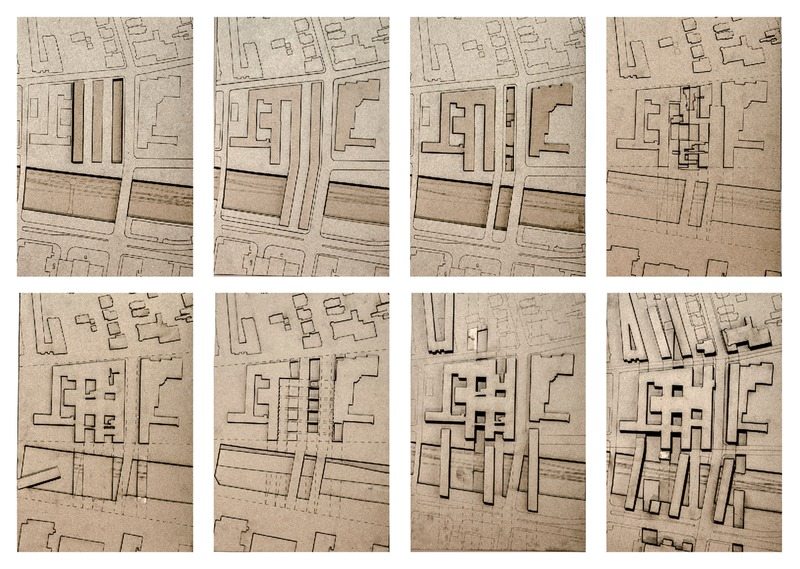 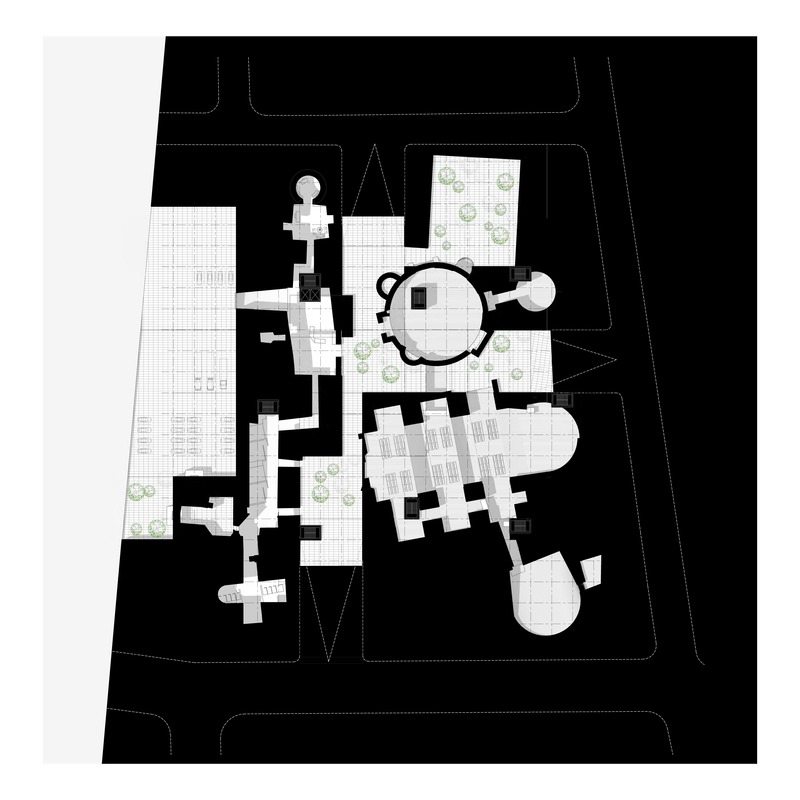 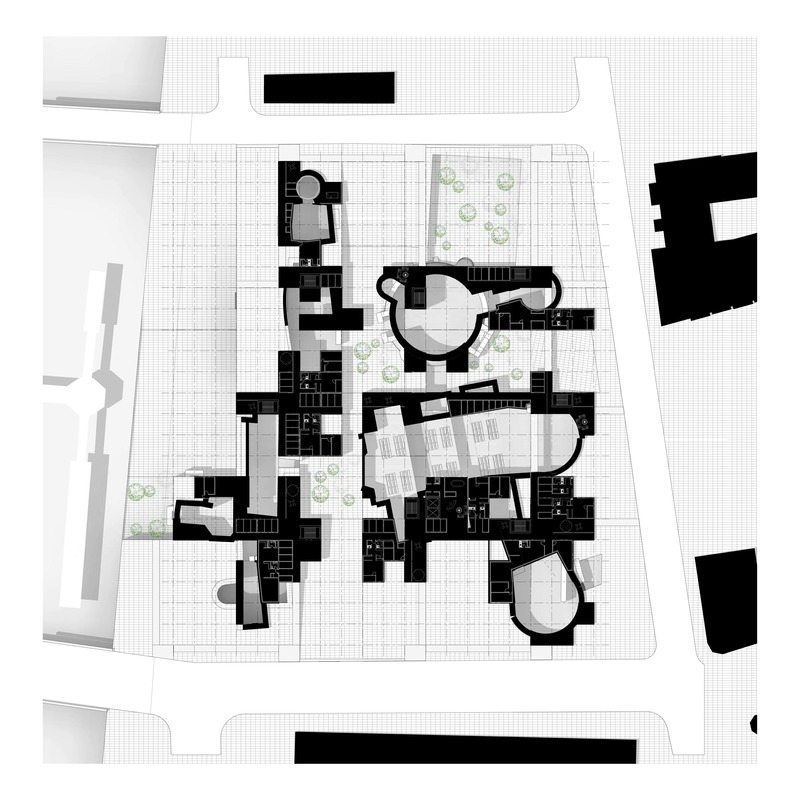 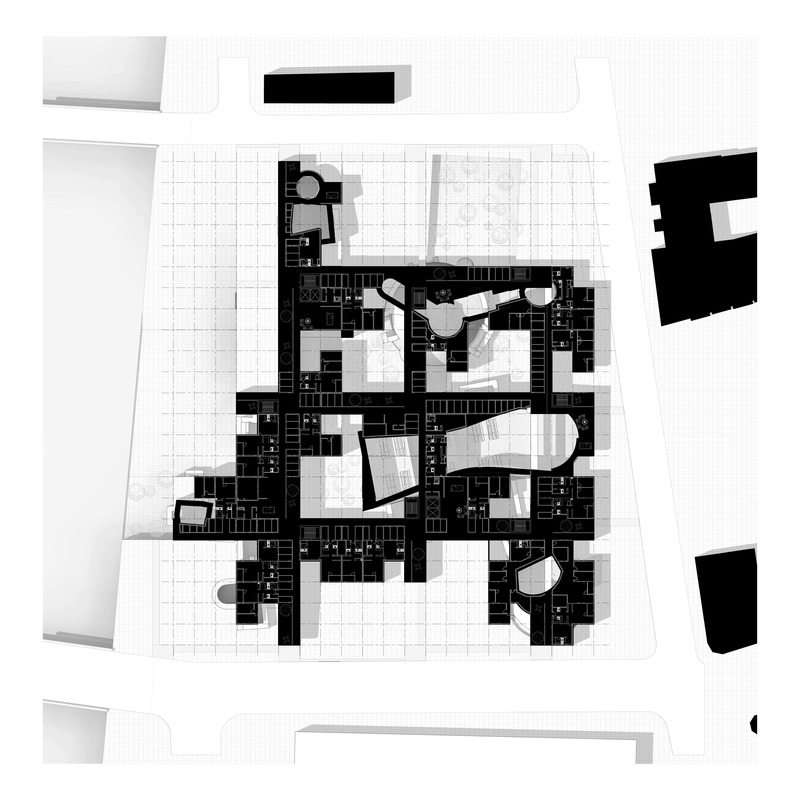 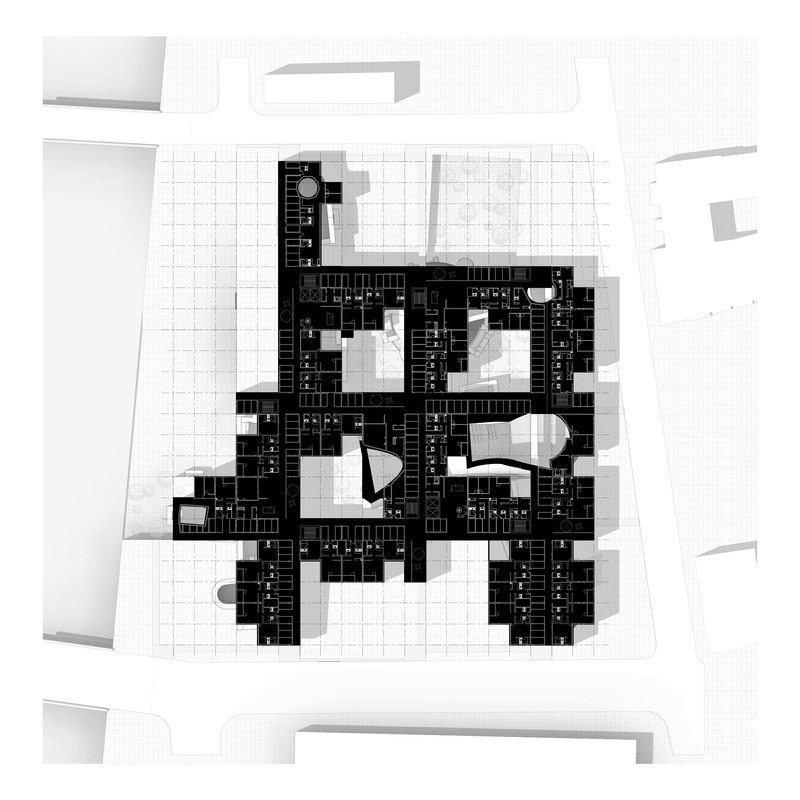 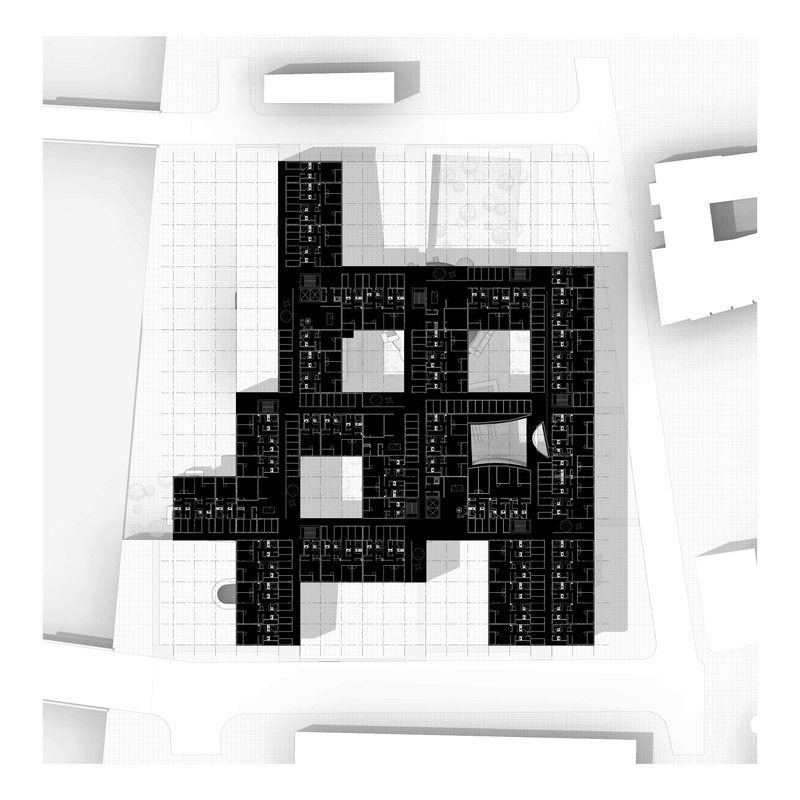