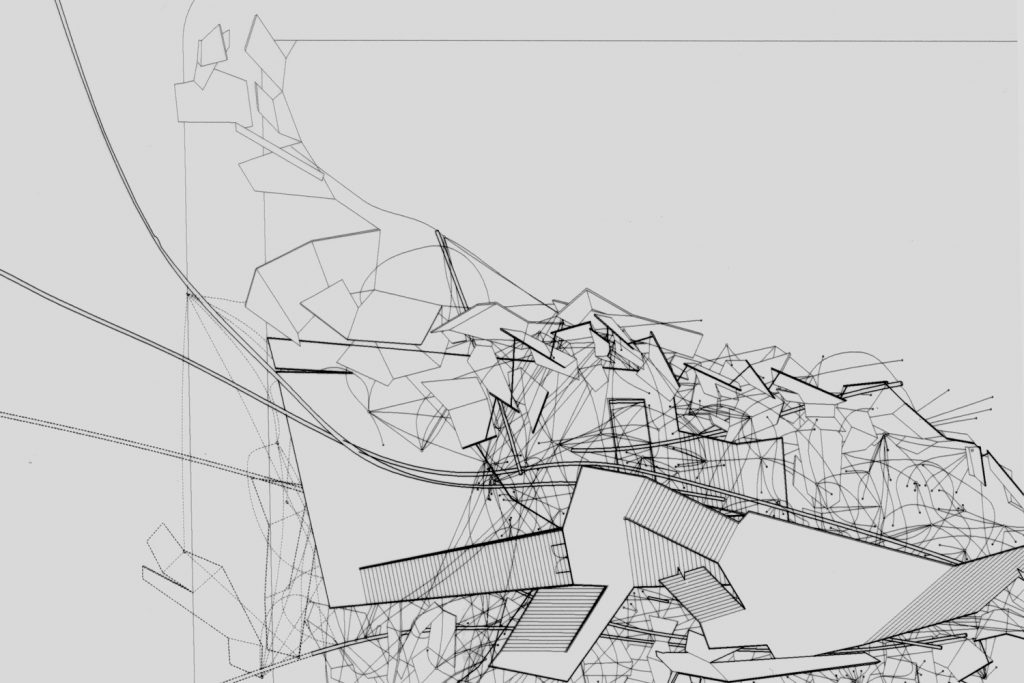 Architectural drawings in contemporary practice shift back and forth between classical forms of representation and an unfolding of new material relations. This in-stable position of the image and architect is by now recognized as fundamental to architecture’s productive imagination. It proposes that the excess of one moment becomes the material of another moment’s image.

In the studio, architectural drawing both supports and resists direct instrumentality; the studio produces a steady flow of excess and develops the alternative analytical means of seeing this excess as already internal to architecture – it attempts to provide the situation for an architect’s engagement with and estrangement from drawing practices. In the studio, the line is converted from a strictly divisional and vectoral mark on a plane surface to a mobile and flex-able steel wire in dynamic relation to others and prior to a surface. Surfaces are made of lines assembling and shifting in responsive fields. Each person becomes expert in a particular form of the lines’ assembly, organization and its performance in an array of building, drawing and occupation. Each works with the movement of the line to building as an always re-negotiated act.

This drawing provokes a discussion with the Drawing Center where the themes of the drawing’s performance in and of the world are constant. Our project mined the several sites of drawing: one specifically architectural and concerned with how drawing performs in the architectural imagination between idea and building; another embedded in the institution’s practices of exhibition and finally the drawing as a site and product of a specific artist’s performance.

Throughout the course of the semester I explored the paths dictated within the the music video ‘Sugar Water’ directed by Michel Gondry. The film consist of a split screen that shows the same footage running forwards and backwards side by side, however the timing is such that objects and events seem to cross from piece of footage to another. These paths were reconstructed as a drawing, showing the independent path of both the standard footage and the footage in reverse. The tension between the boundaries, vectors and fields within the drawing forms as two distinct segments form side by side. From time to time this boundary is breached, and line follow a different directory, more specifically the trajectory of the narrative. This drawing is then treated as a literal construction document.

The Construction begins to take on a new form, creating internal volumes. Using inflatable volumes, a second pressure is exerted on these volumes forcing the spaces to grow. During each individual addition of force or pressure a percentage of the contortion is retained in the memory of the form. The building is played in the context of the site, presenting a series of material additions that lock the geometry in place retaining the desired form. 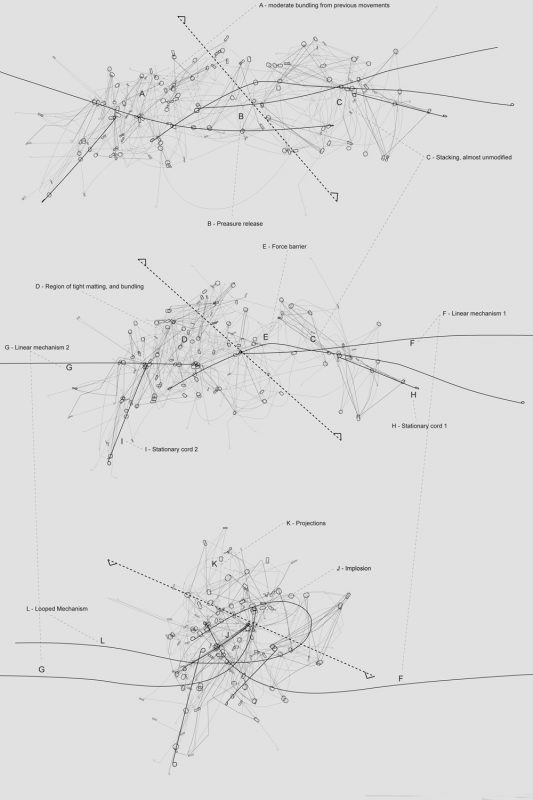 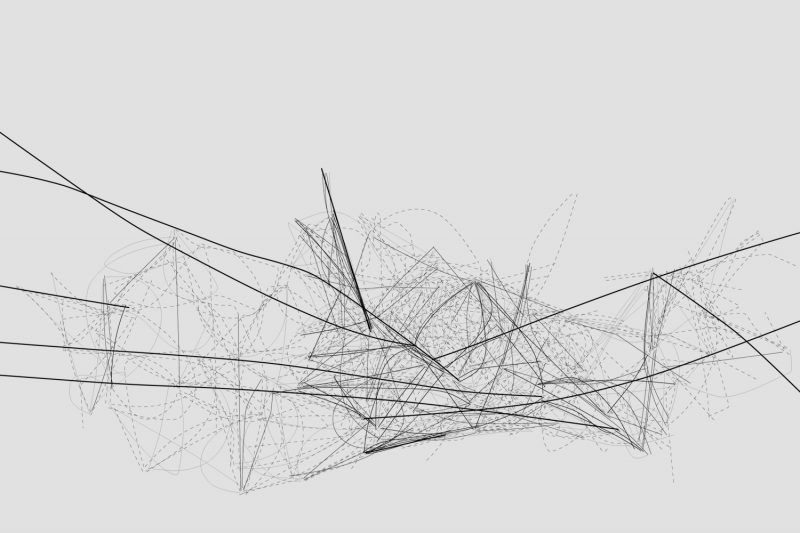 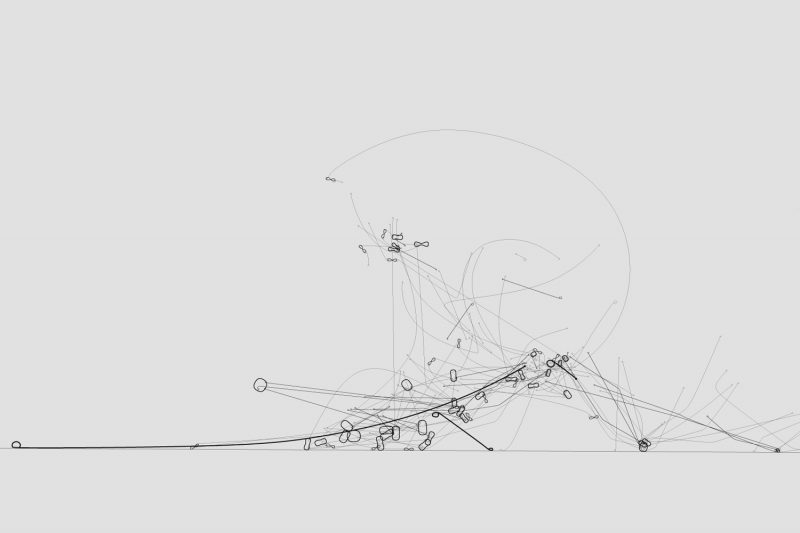 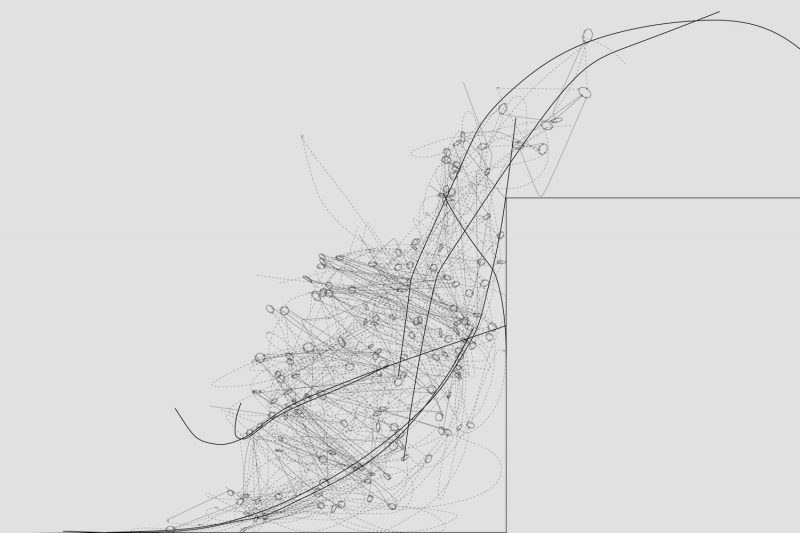 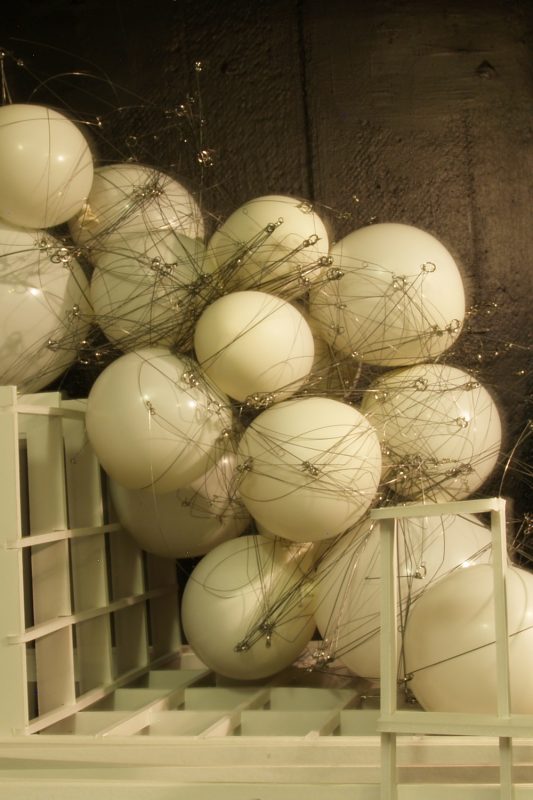 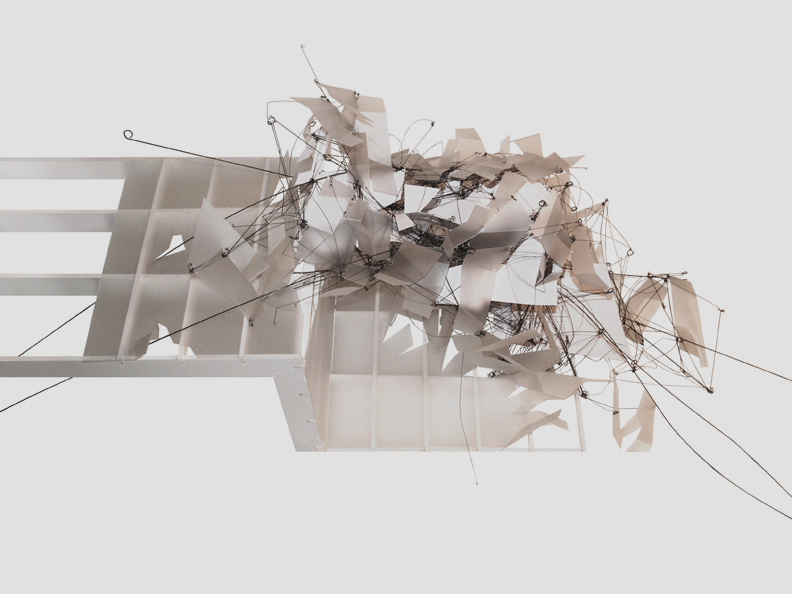 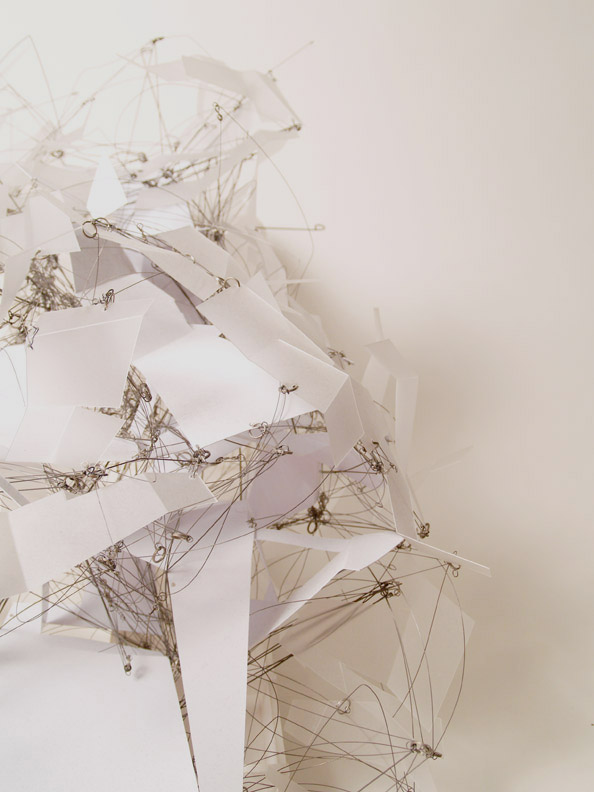 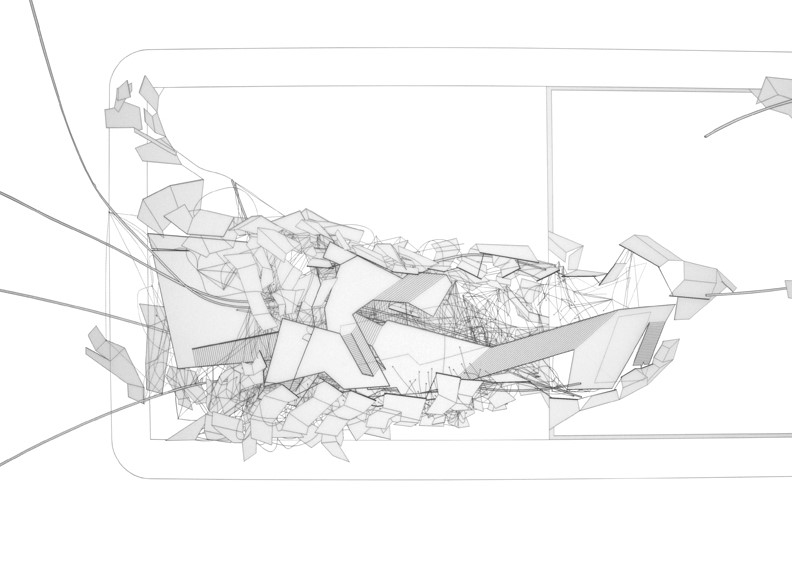 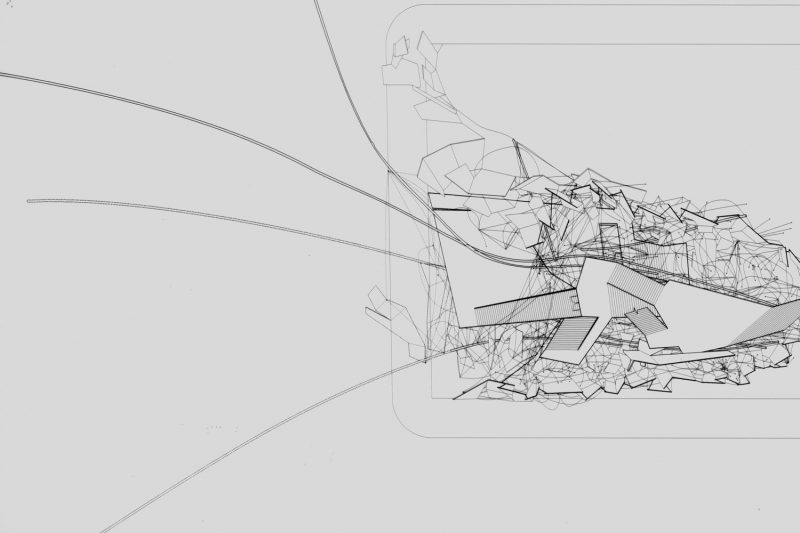 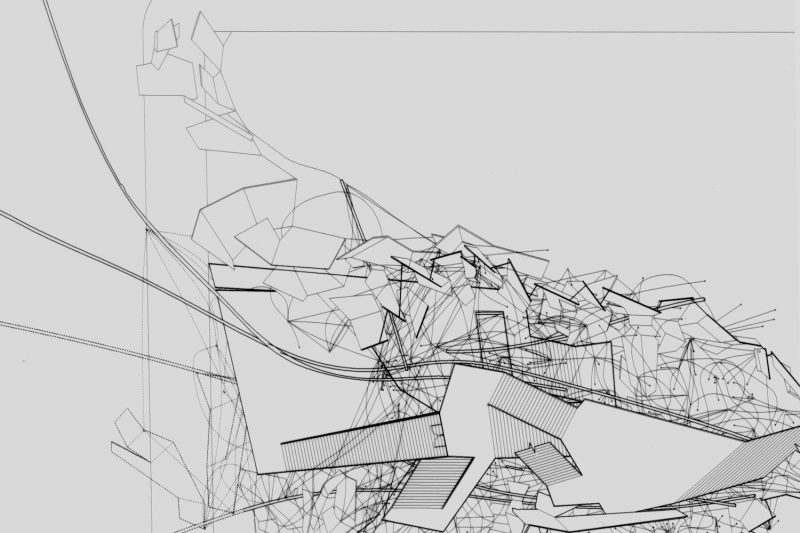 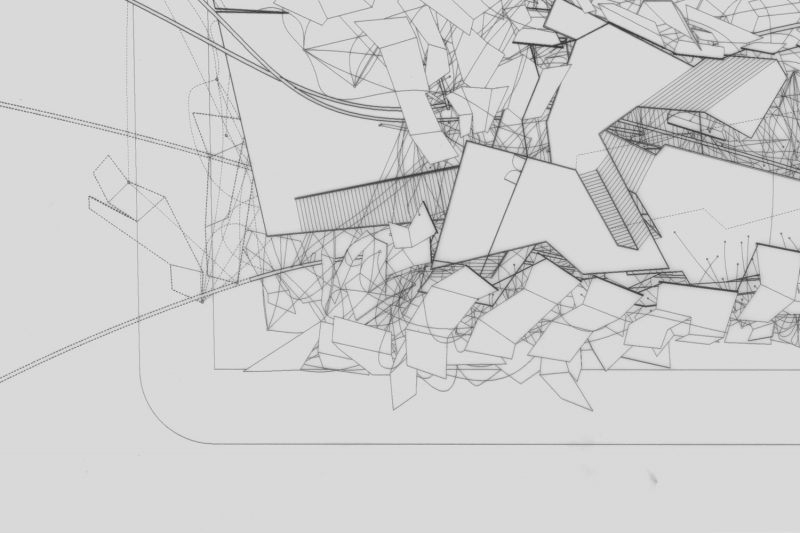 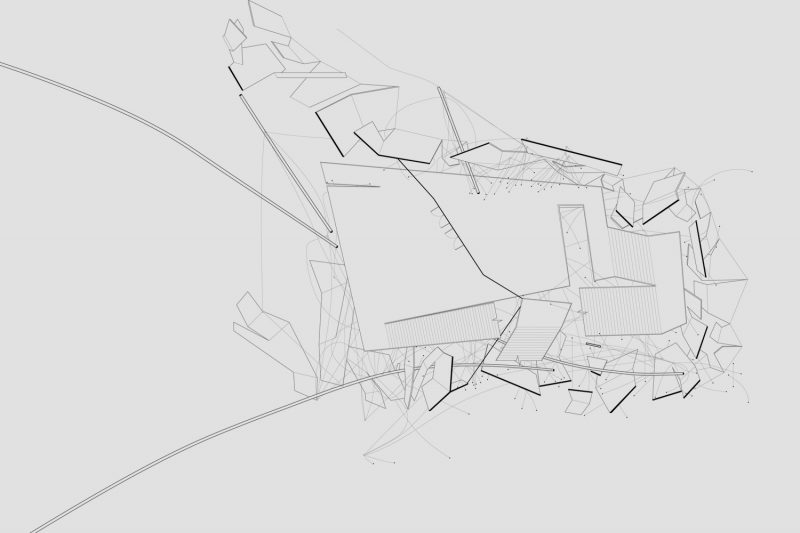 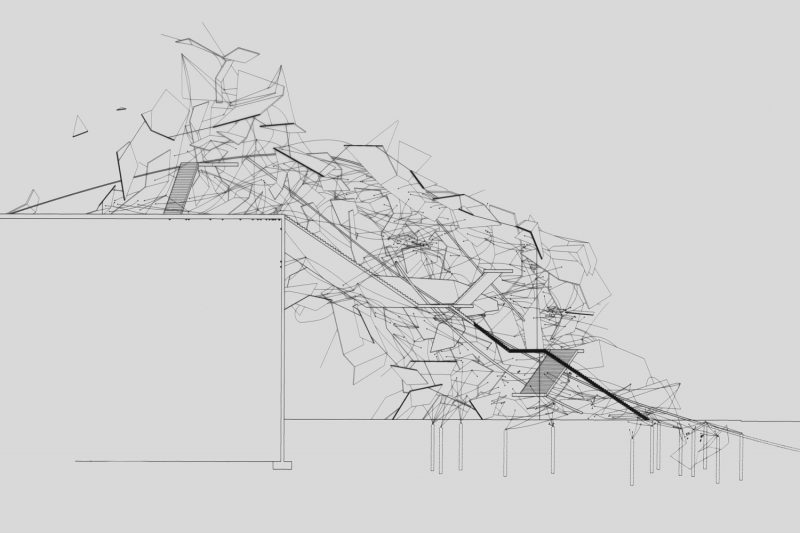 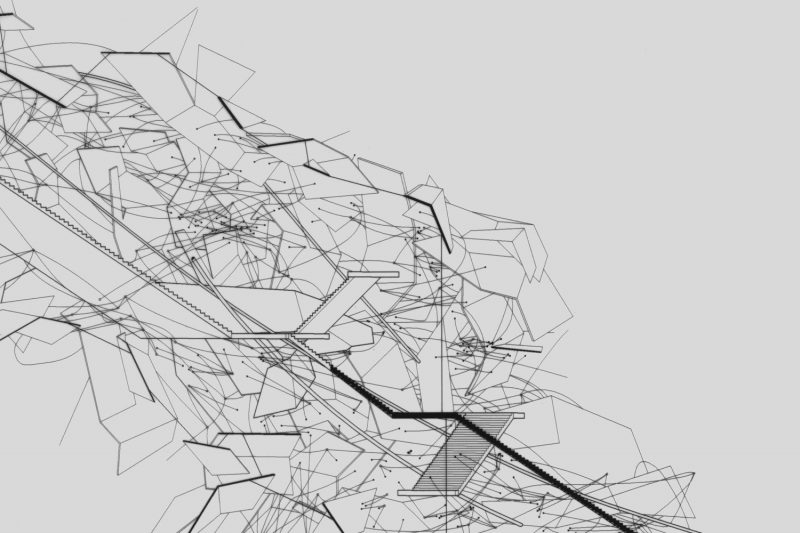 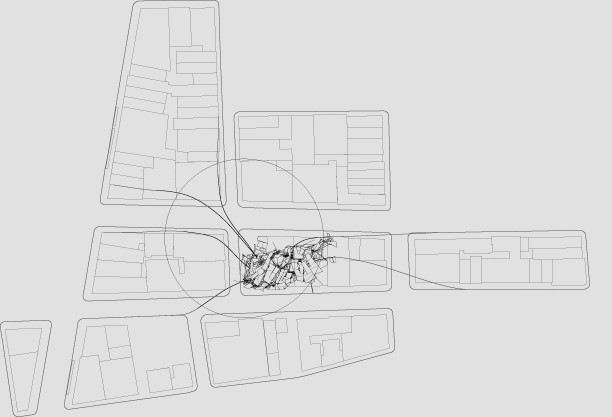