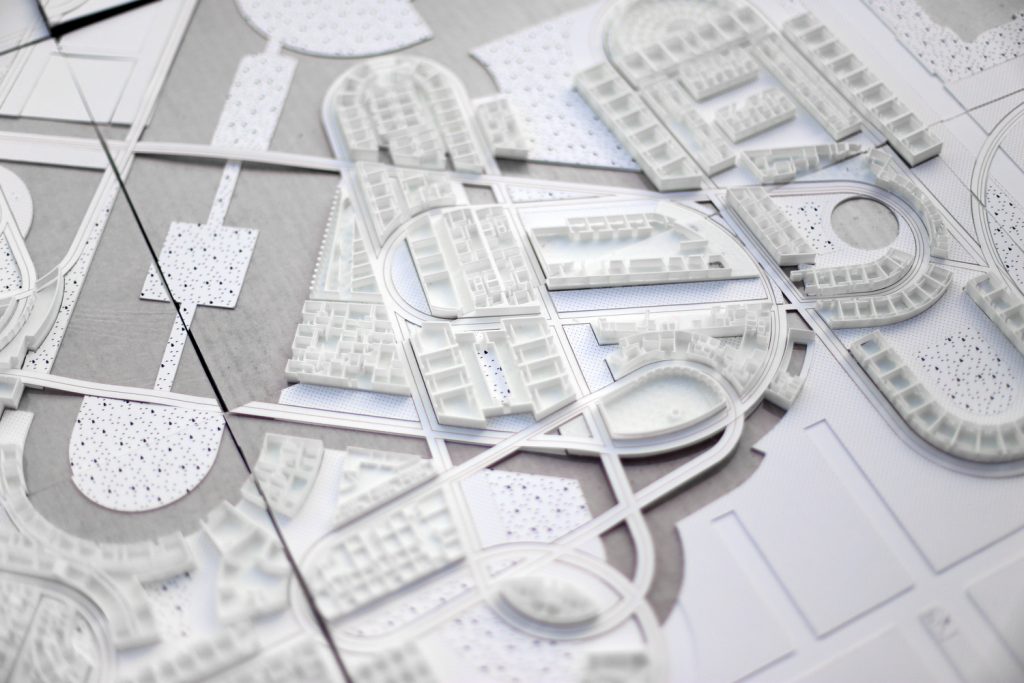 Using video game design theory as a starting point, The Olympic Game is an athletic hyper-world, designed as a diverse urban environment, specialized for use by Olympic and recreational athletes. The athletic loop, a symbol of the athletic program, is used as the circulation unit on the site, creating an organizational framework for city-making based on the human scale. Defining each loop with a different program and architectural identity, this framework allows for the opportunity to create a diverse urban fabric by taking advantage of the variety of intersections created by the loops across the site. The unique combinations of loops and intersections also creates a highly navigable urban environment that strengthens one’s personal narrative and cognition of the Olympic Village.

The loop-based framework is replicable and expandable, allowing for the village to be fully integrated into the city after the Olympics. By recoding the city such that its organizational structure moves away from the traditional grid, the project tests the nature of the city and the plausibility of creating a new urban fabric.