The project of the new performing arts center begins with the social life of the city. The intent of the project is to operate in the public realm through its urban representation as a civic presence, and at the intimacy of performance as an individual and a highly collective social experience. This social idea is articulated through architectural means—through a formal and tectonic understanding of program. The most important architectural expression of this idea is the formal relationship between the performance and educational spaces.

The performance spaces are compacted together is a massive block, creating a mass that establishes the project as a civic manifestation seen from afar, joining the constellation of civic buildings throughout the city and drawing the public towards it as a beacon. Yet as the project is approached from the city, the massive scale is mitigated by the space of the school, low and open, relating to its immediate context at a pedestrian scale—allowing for the center and the street to break down their barriers and entice informal interaction between the center and the community. This low and open space becomes the threshold through which the community is pulled into the building and into the performance block. Seen from the water, the building registers its civic identity. The performance block is projected directly on the waterfront as a special destination, almost as if docked. It becomes simultaneously part of the city, while signifying its otherness, its creation of the heterotopic world of performance.

This dialectical relationship between the outside and inside worlds, between its civic and intimate presence becomes an imperative driving force of the interior. The transition from the external world to the space of performance is the most important manifestation of this relationship, continuing the civic-to-immediate scalar shift of the exterior. Once inside, the progression of public space oscillates between internally and externally focused spaces, spatially and experientially interlocking as to heighten the awareness of the communal experience of performance. Views back out visually project the space as part of the performance of the city, while views internally focus onto the internal communal experience of performance. This sequence is finalized in the performance spaces themselves: The audience is projected out onto the open space of the garden and then pulled into the internalized world of the theatre. Drawn from a view of the city, the concert goer enters the hall to a view projecting out over the harbor. 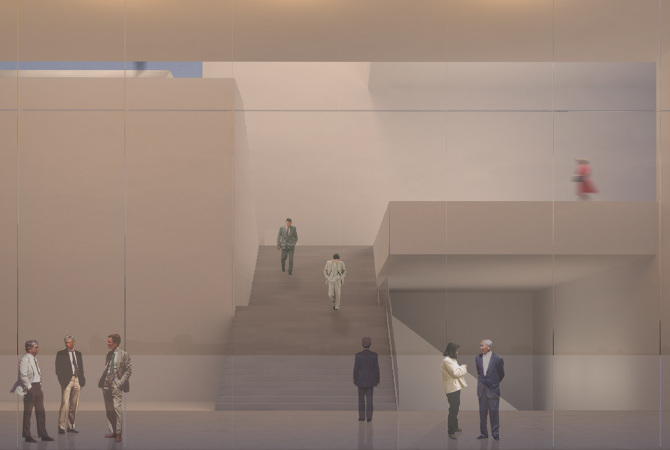 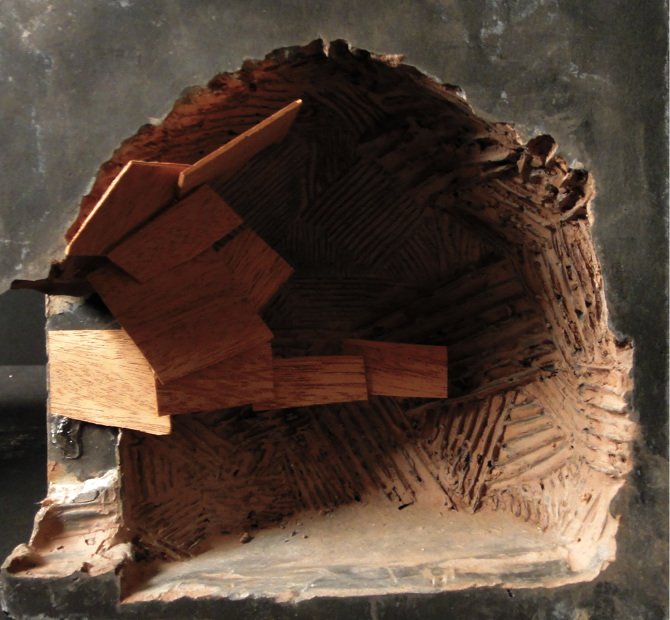 Liberty
Beyond the Pile
Sometimes alone. Mostly with others.
Occupy the WIU
Back to top