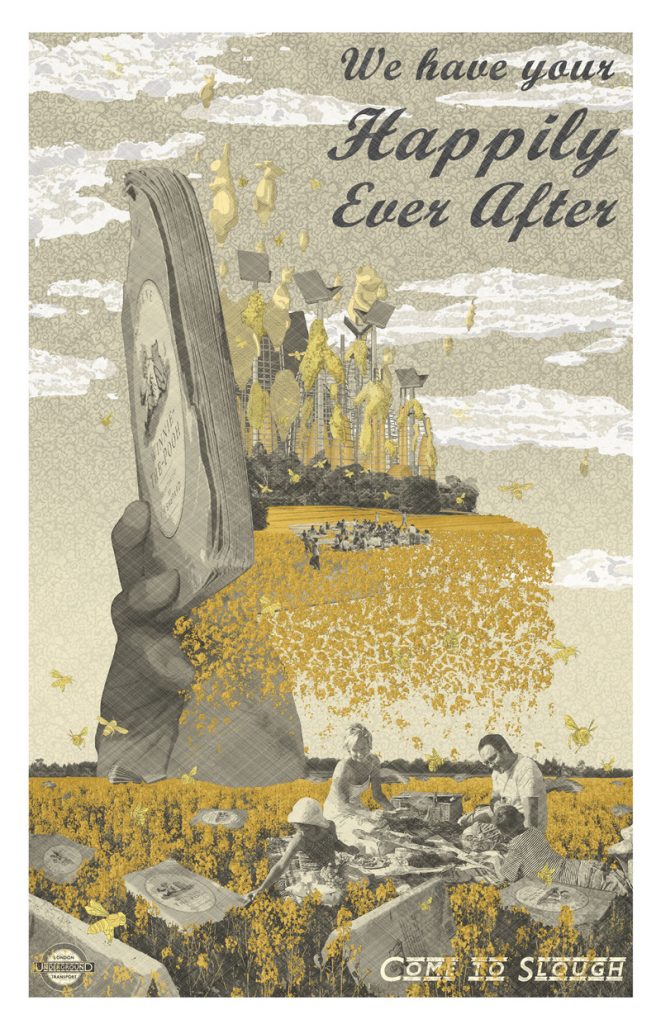 In A. A. Milne’s ‘Winnie the Pooh’ a happy world is constructed fictitiously from an unhappy, real, Christopher Robin. During its publishing date in the 1920s, industry took off in Slough after the war and the town quickly became a place of unhappiness and social exclusion. For the project, 1920s Slough is revisited to capitalise from the economy of ‘happiness’ as an alternative industry using Winnie the Pooh as a metaphorical protagonist for happiness.

Slough and many cities like it ache to be peaceful, happy and socially inclusive. Slough has long since been perceived as being home to much deprivation since the industrial sprawl in the 1920s. PoohTown, aims to re-evaluate covert responses to socio-political exclusion by proposing ‘happy’ architectures where residents can live, work and play together in a sustainable economic network.

PoohTown also philosophises over today’s cities potential to prescribe policies of happiness alongside familiar amenities; a concept worryingly absent in today’s city planning. Through empirical research it was clear that most people are happiest when playing an idealised, fictional, representation of themselves – from putting make-up on to proving their organic credentials at the farmers’ market. Guests to PoohTown indulge in this tendency and become the fictional, happy, Christopher Robin by visiting Pooh and friends (each representatives of a specific ‘happiness’) on a proposed pilgrimage.

This speculative proposal is a device, a thought experiment, enabling the potential of a happily-ever-after to be explored beyond the limitations of Slough’s industrial sprawl ambitions in the 1920s.

PoohTown has taught me to explore methods of applying knowledge rather than relying on transient technical knowledge to facilitate design. I believe such a project exposed transferable methods and reasoning, allowing me to tackle design from a more personal, anthropological & emotional scale. PoohTown questions the raw matter of what humans want: In designing for emotion, happiness, it has been possible to test the purpose of architecture in a changing world. PoohTown therefore proposes it is more sustainable to design infrastructure for an emotional state; for if we are content through it, we may ask less from the Earth to satisfy our physical state. 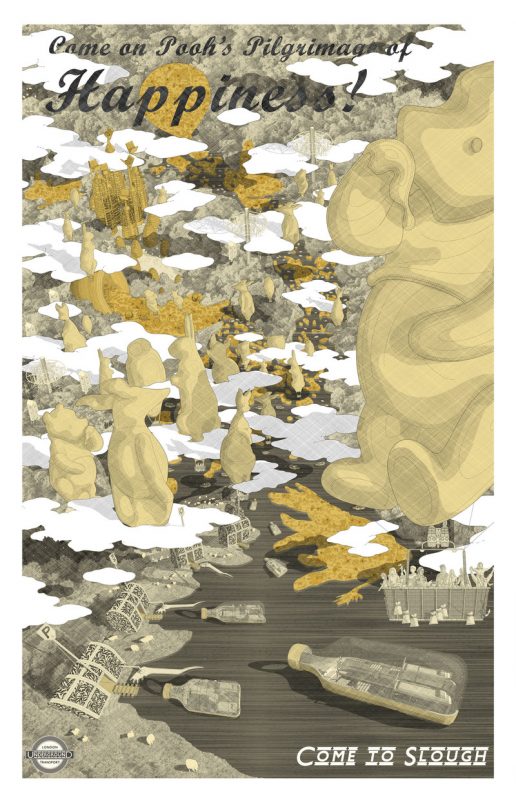 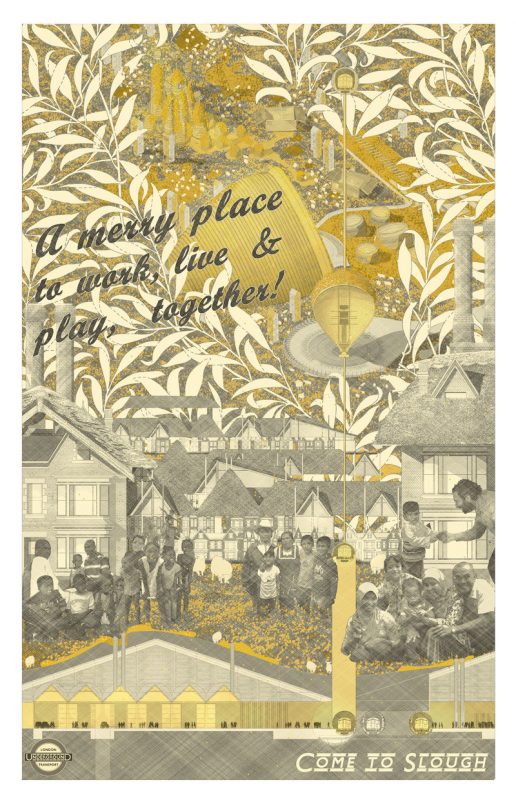 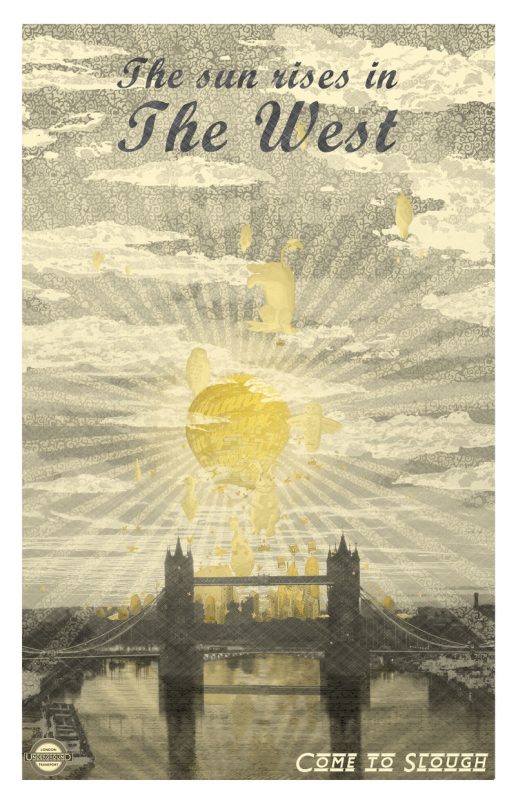 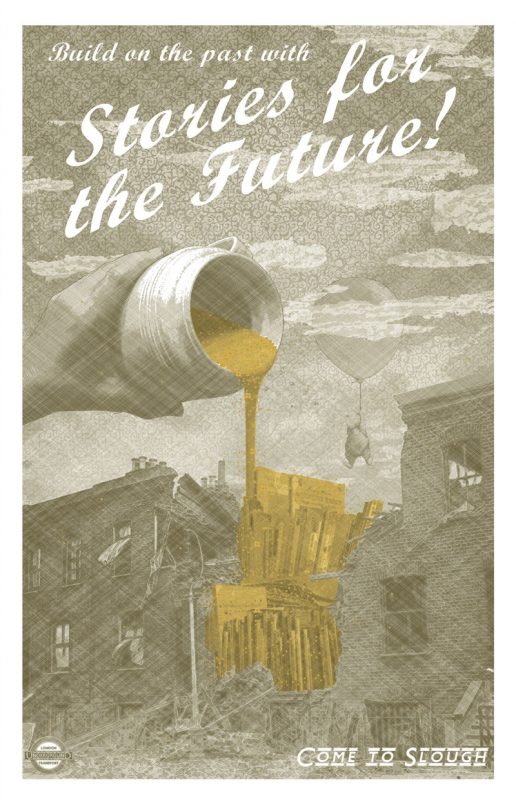 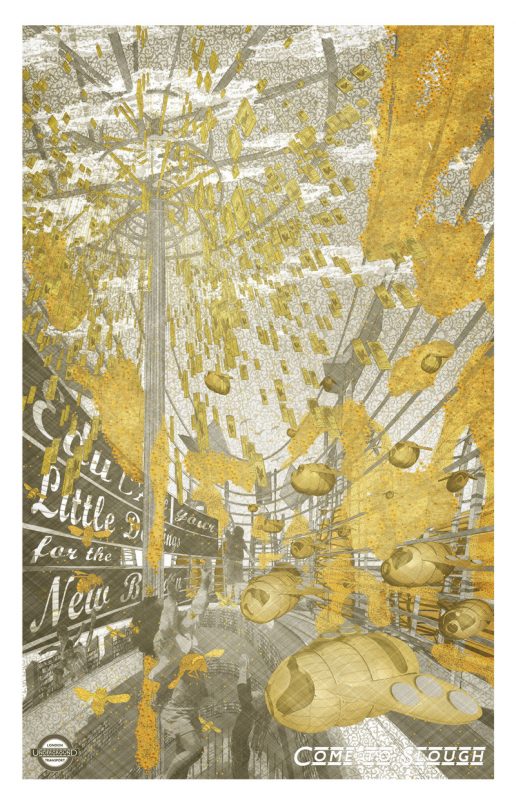 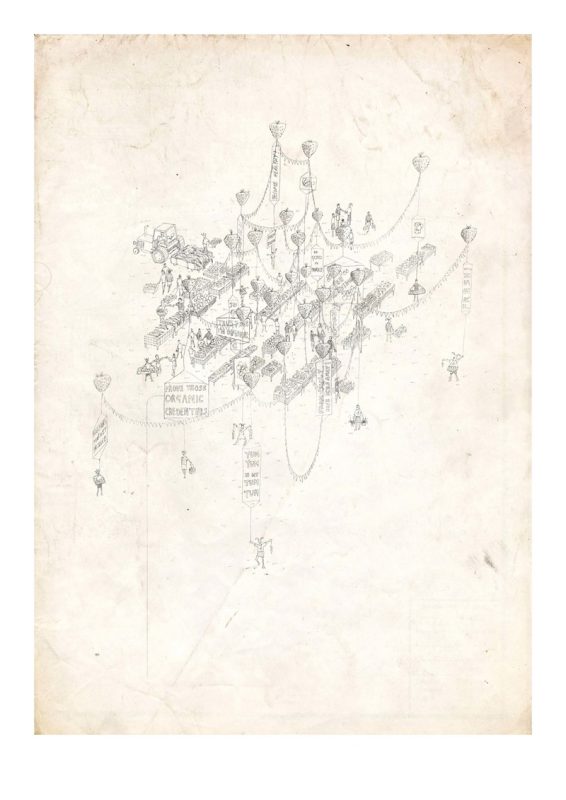 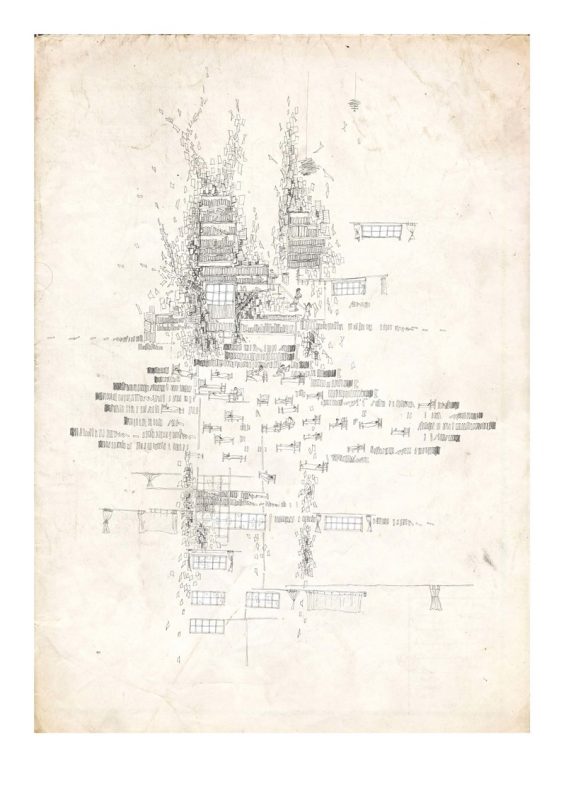 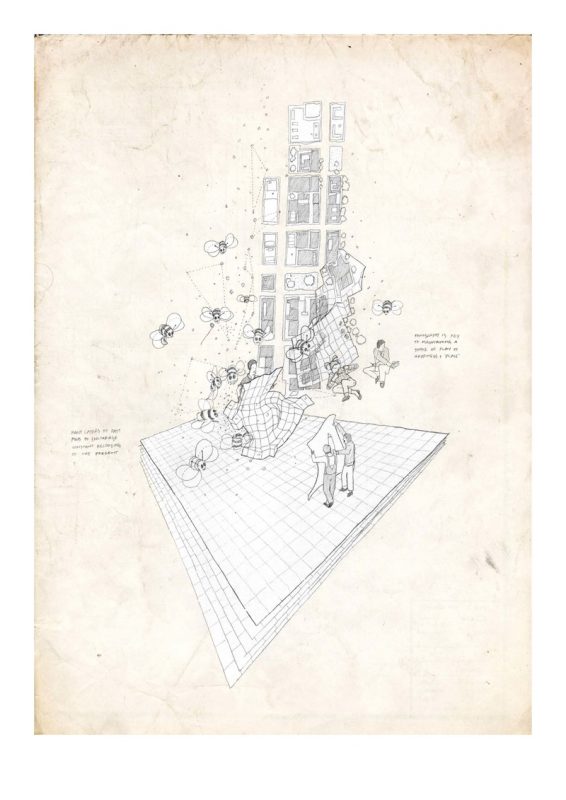 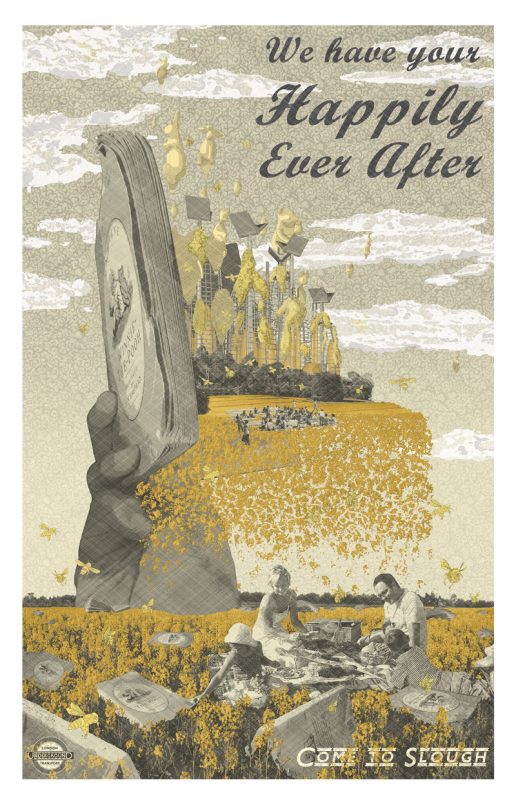 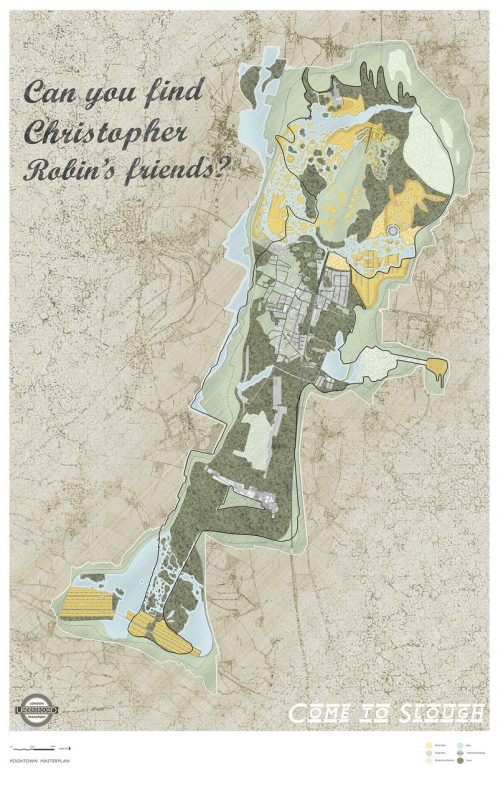