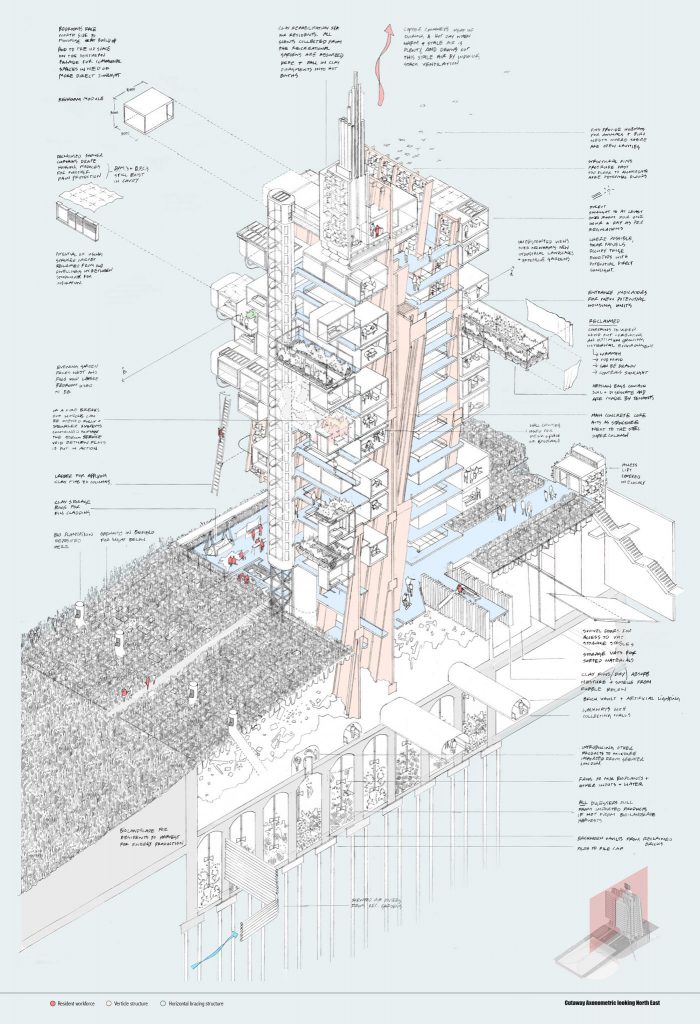 A ‘Utility City’ proposed in Newham rehouses thousands of residents and rehabilitates the city by implementing ‘the people’ as an architectural layer. The proposal is instigated by new bedroom tax laws in April 2013, London, which relocate housing problems, but arguably do not solve them.

A new scheme re-houses residents of Newham in the same postcode areas by demolishing and densifying residential units vertically and creating community spaces. Each urban plot is part of a fractal community fuelled by biomass grown on their individual sites, served by locally filtered water and built by reclaimed products from the old terraced dwellings.

The communities are self-sufficient and sort through rubble for materials that are traded or used on site, creating wealth within the borough and fund the scheme through communal efforts. The communities exist within a closed network of production that won’t threaten employment of others and is hypothetically commissioned by the Mayor of London as a Pilot scheme.

These communities spread across Newham and form a ‘city’ that is powered by CHP plants, driven by biofuel from anaerobic digesters. The city is built in phases funded by infrastructural processes that sort London’s waste.

For this to operate, a lace of green infrastructure is carefully patched into Newham and responds to the existing urban fabric, creating unique domestic and industrial strategies based on important sustainable objectives for both the environment and the people.