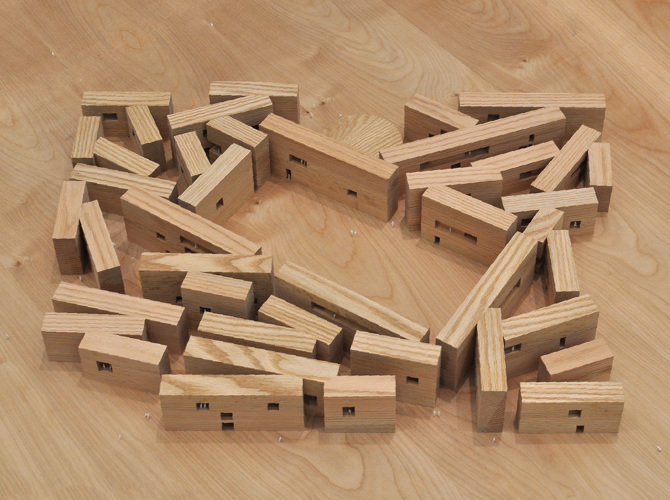 The city is a cosmos, a site for social encounters and cohabitation. — Olafur Eliasson

Apart From and Within the City

The inherent otherness found within the overgrown site of the former Aoyama Hospital is captured through a public garden, both hidden and defined. Surrounding this garden, a highly curated organization of housing and mixed use buildings extend existing orientations, alignments, program and pedestrian patterns inward, enticing and inviting the pedestrian experience to discover what lies within.

The space between becomes as important as the object of architecture itself. Multiple hierarchies of movement and places of pause produce many scales of publicness and privacy. This grouped organization is both one building and many buildings, autonomous and highly connected.

From Capsule to Foam

The connective tissue between each isolated capsule becomes the place for provocation to produce new domesticities. Tokyo’s requirement for dual egress instigates circulation redundancy. This functional requirement becomes a circulation circuit that at once gathers the connective points of entry into a singular pathway, and extends beyond the purely distributional function to become a picturesque path, climbing from the street through the building and opening into shared void spaces that bring pause to movement. These openings focus groups of single capsules into aggregated apartments, producing standard typologies of housing and small retail as well as combinatory modes of emergent living in the city—live/work for young professionals and shared housing for both youth and for the elderly.

This global system is instantiated locally across the entire site to produce over 340 units for living and working. Points of entry to the building pathway and the make-up of unit types are carefully located to correspond to the patterns of movement and programmatic distribution on the ground, while the placement of the building void spaces produce and extend visual connectivity through the many layers of buildings and courtyards. 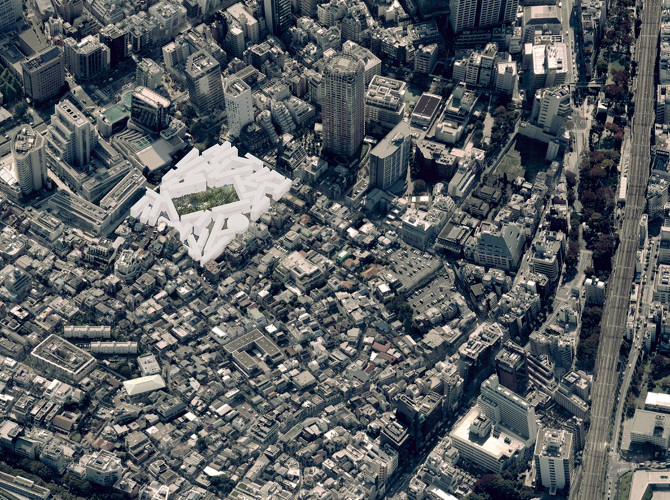 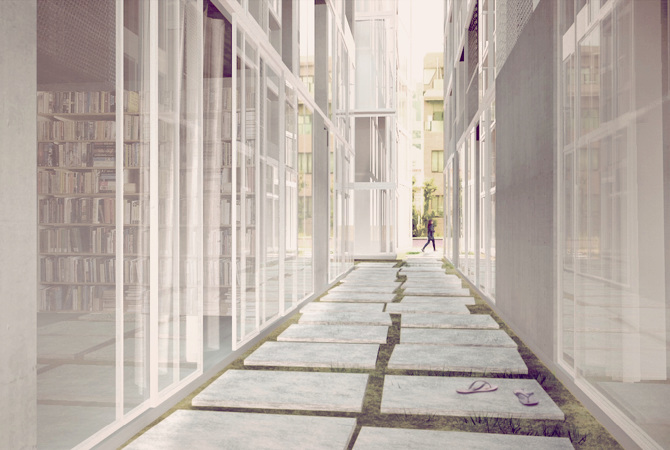 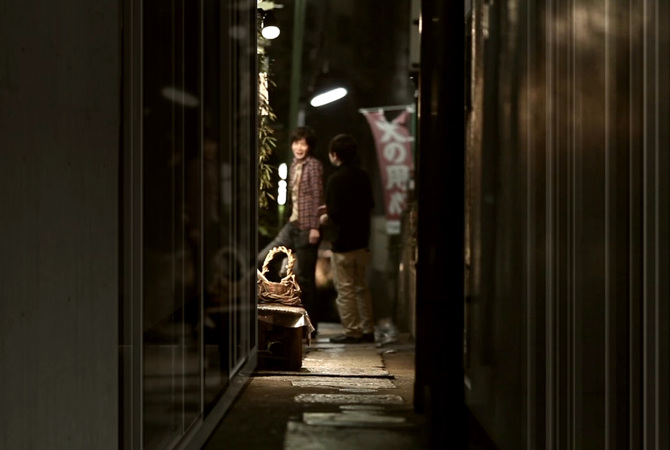 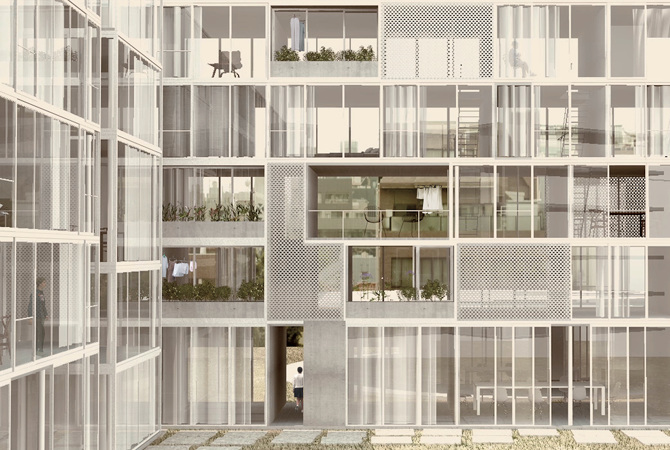 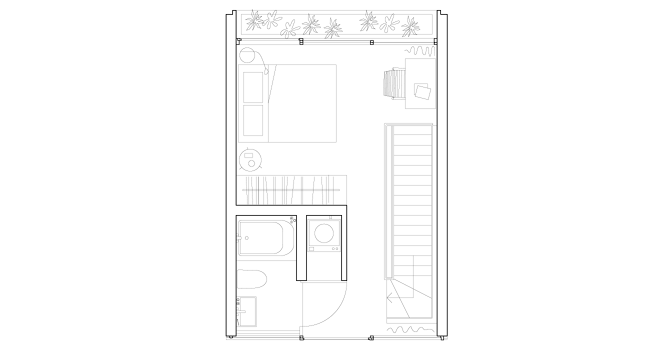 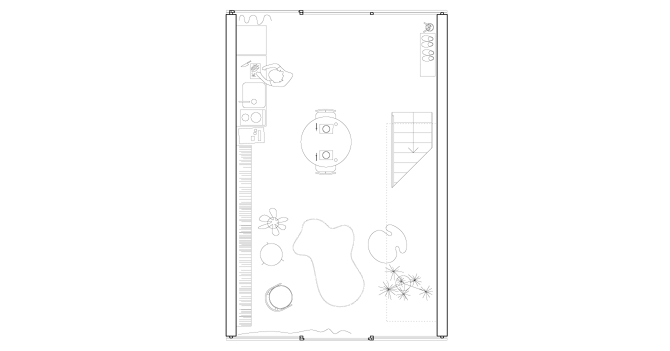 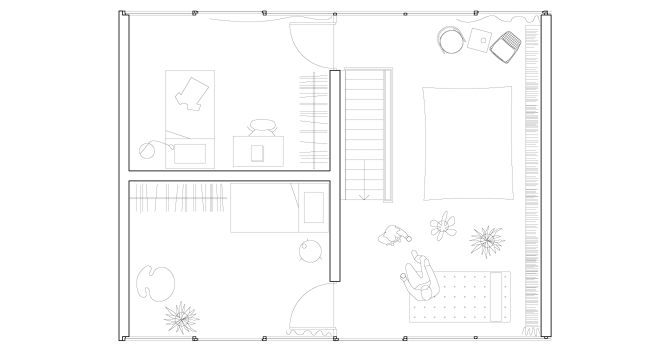 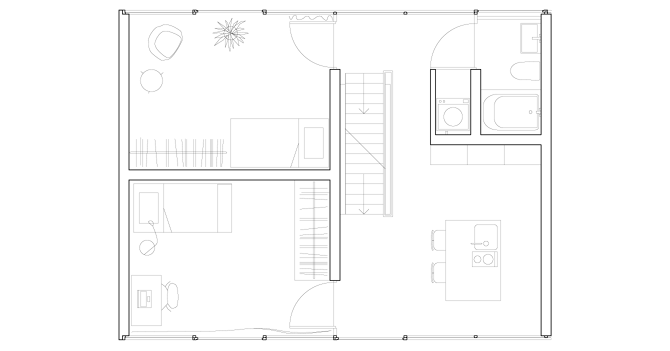 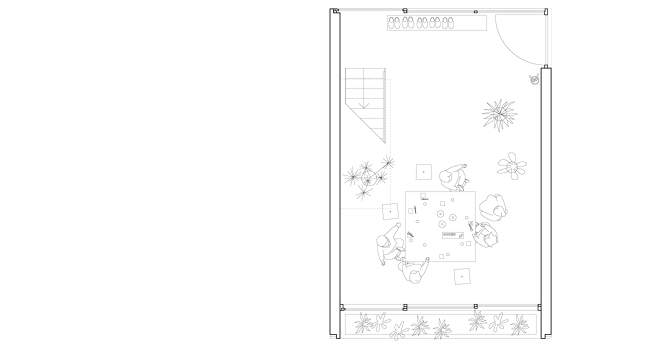 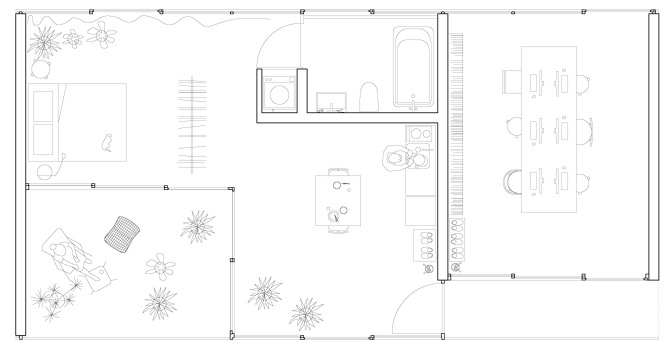 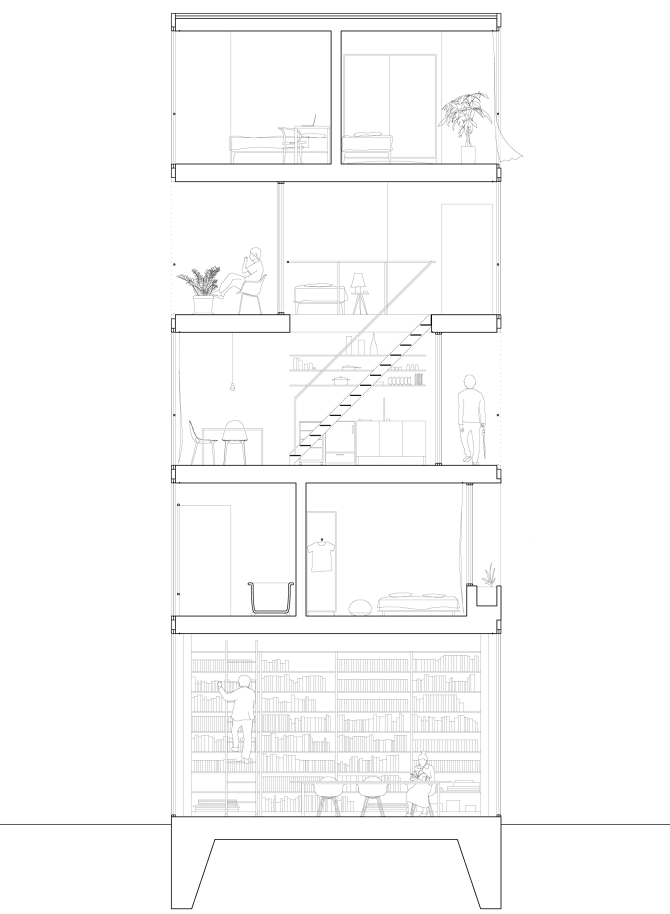