This hub serves not only as a bio-remediator but also as an extension of Tribeca’s transportation infrastructure. Carbon Dioxide is captured from the surrounding air, combined with Nitrogen Oxide from the street level to use as fuel for Algae Bioreactors. The clean air was then to be distributed back to the street and through the subway network.

The building’s form was conceived through formal explorations of fluid dynamics. Objects were nested within each other to create voids which directed and slowed down air flow into reactors. This relation between mass and void also played out in program, making physical and visual connections between inhabitable public space, mechanical private space and air circulation spaces. 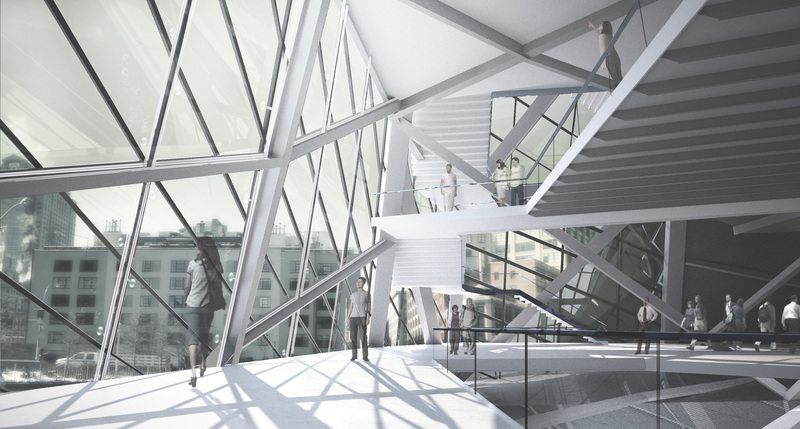 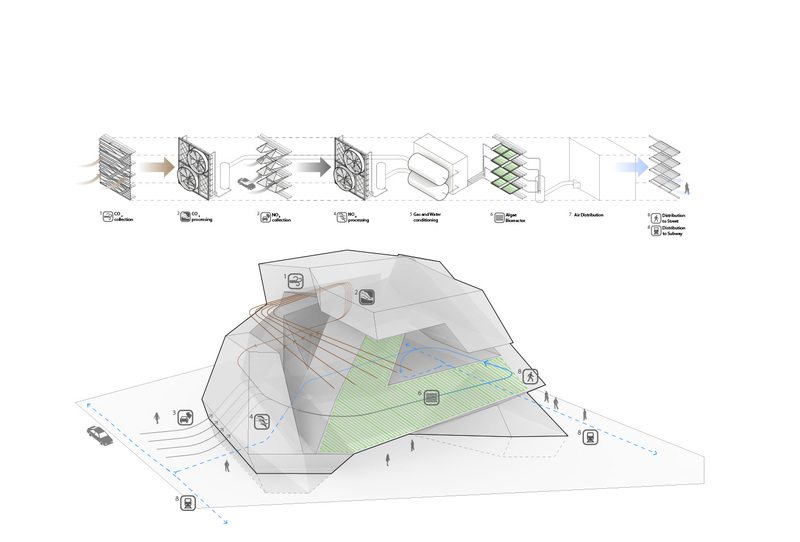 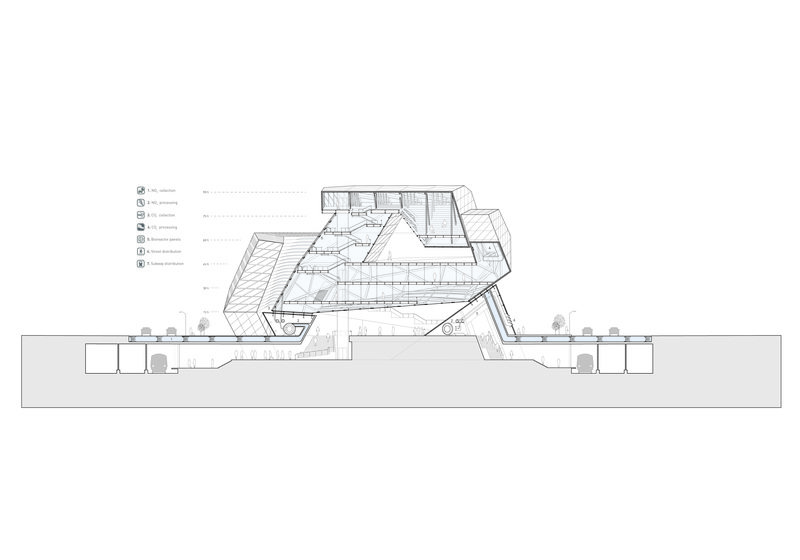