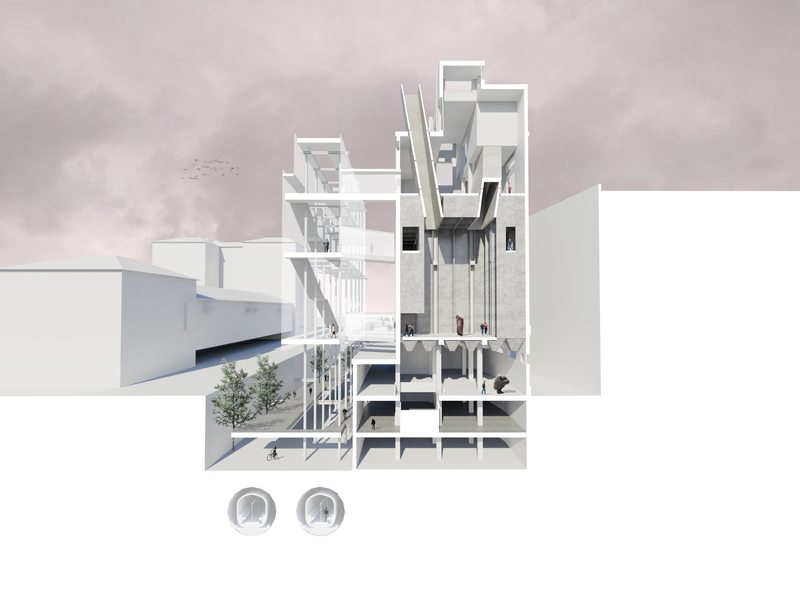 Our project explores ways in which we can intervene in the urban fabric. Cities, such as Philadelphia, have experienced urban decay as a result of economic struggles, a fading dependence on the automobile, and a population surge in the past decades. Our proposal converts an existing and abandoned building, a granary with eighty-two square silos, into a museum of industrial art. The building, which once acted as a vertical sifting tool, suffers from extreme spatial separations as a result of the silos dense configuration: inhabitable space above and below the silos. The silos are perceived as a solid mass that divides the building into two. We begin to carve into the silos, creating spaces which become the museum’s galleries. In order to allow for vertical movement, a circulation core sits separate from the existing structure and houses the museum’s elevators and stairs, acting as a purely functional tool. The juxtaposition of the two interdependent buildings allows for an abandoned structure to be re-used for a completely different function. 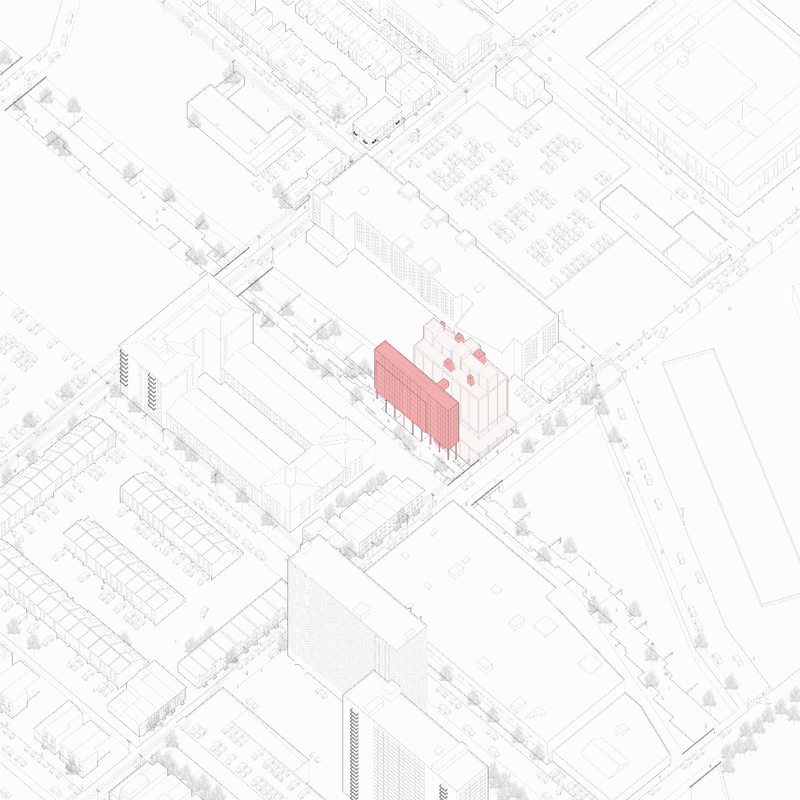 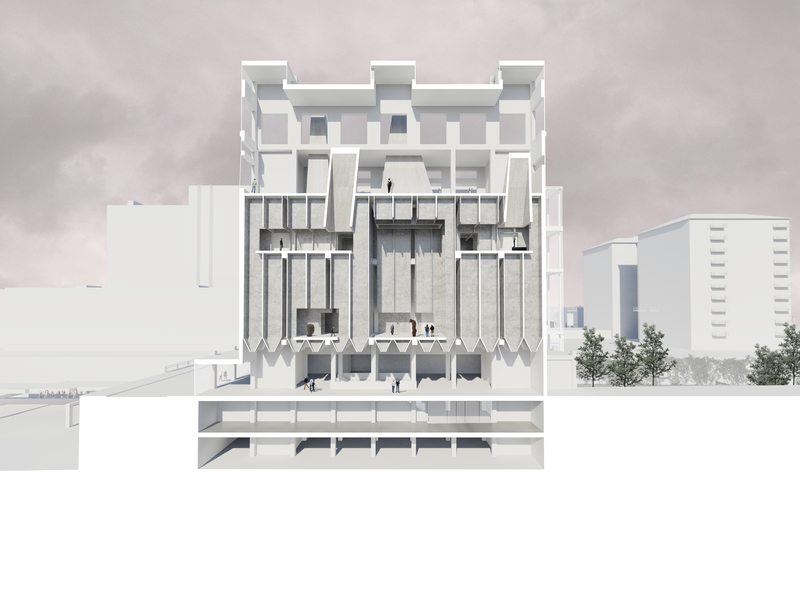 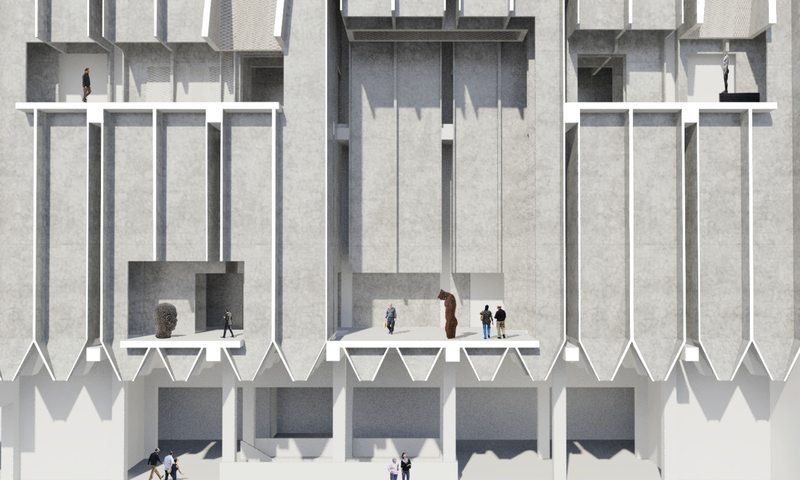 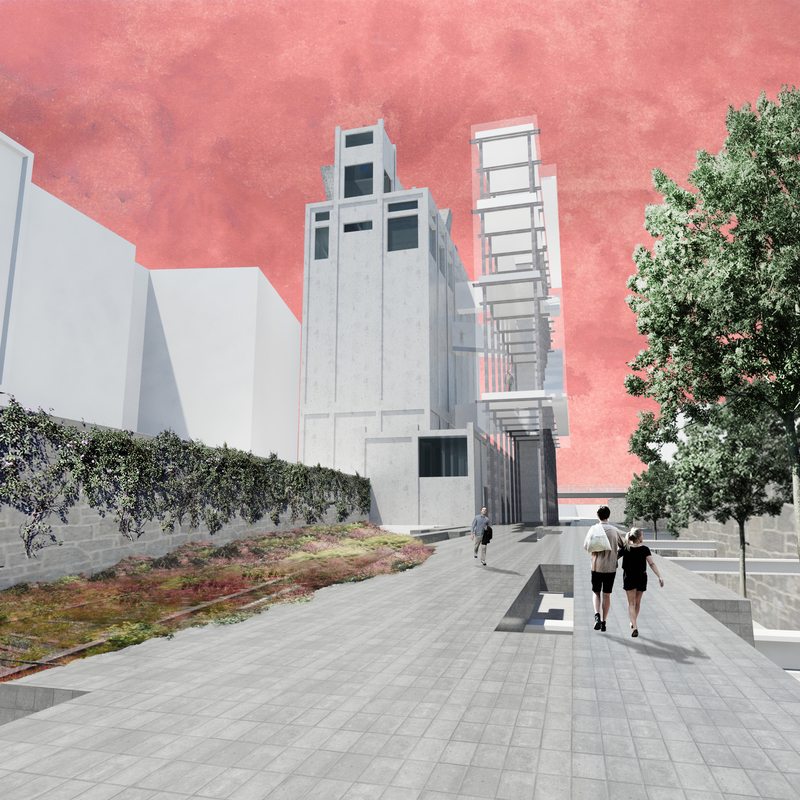 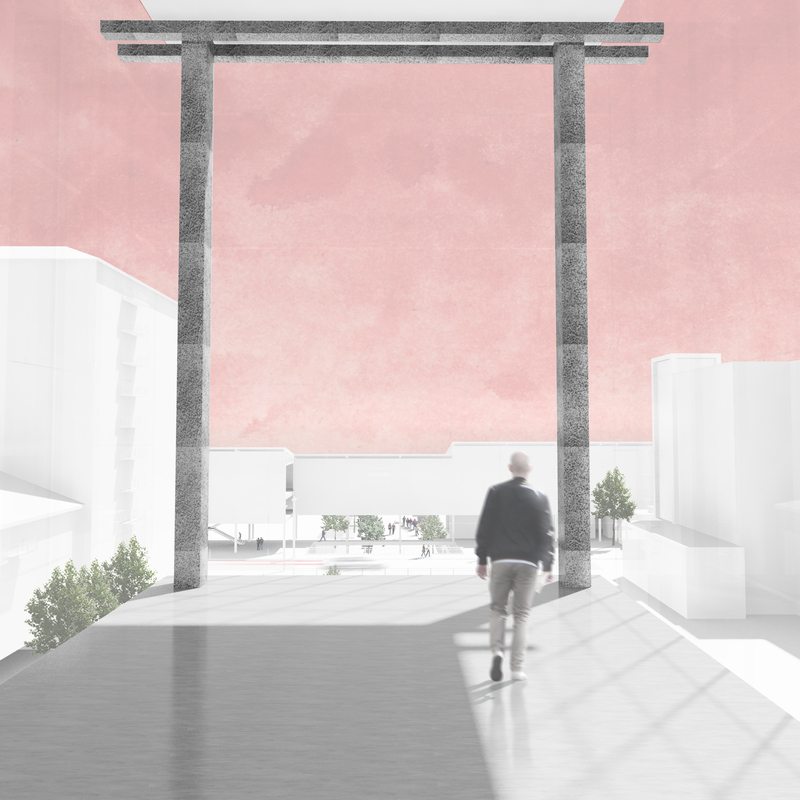 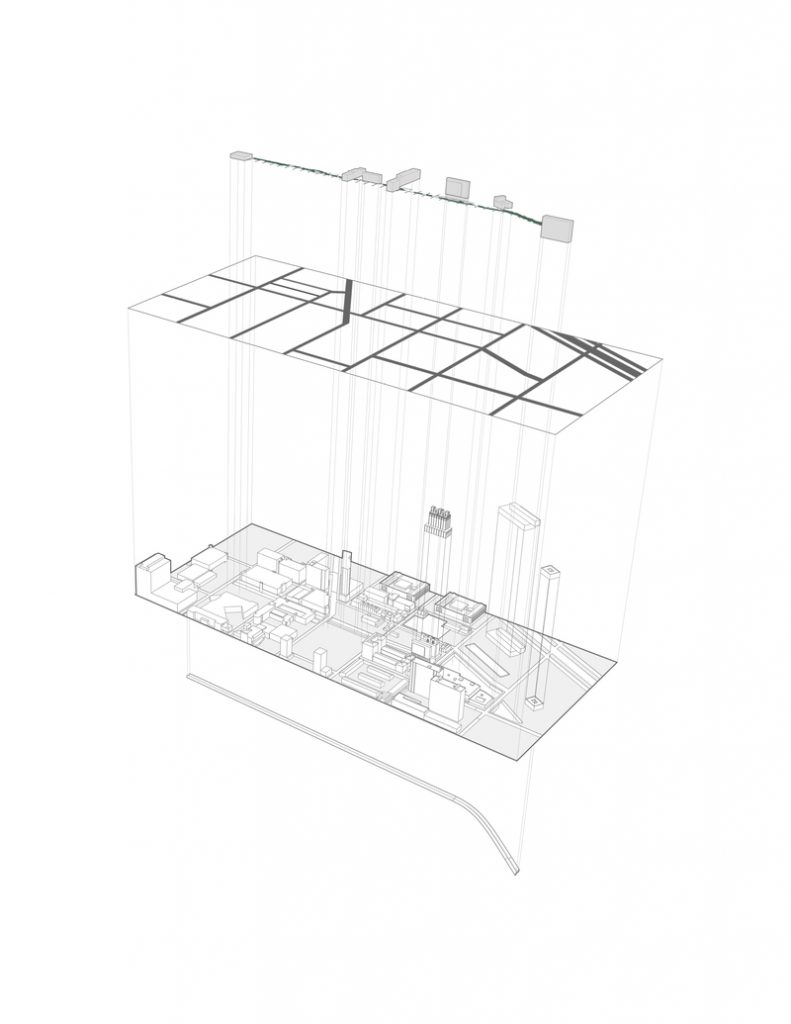 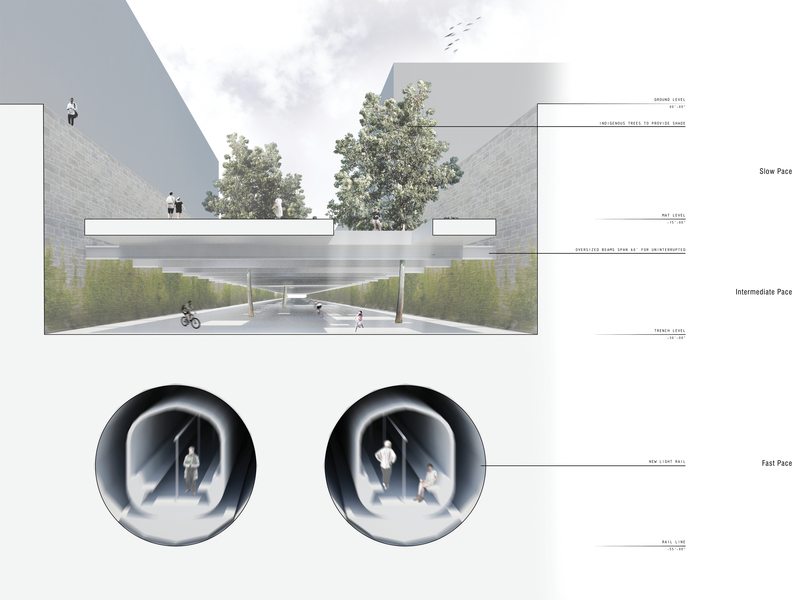 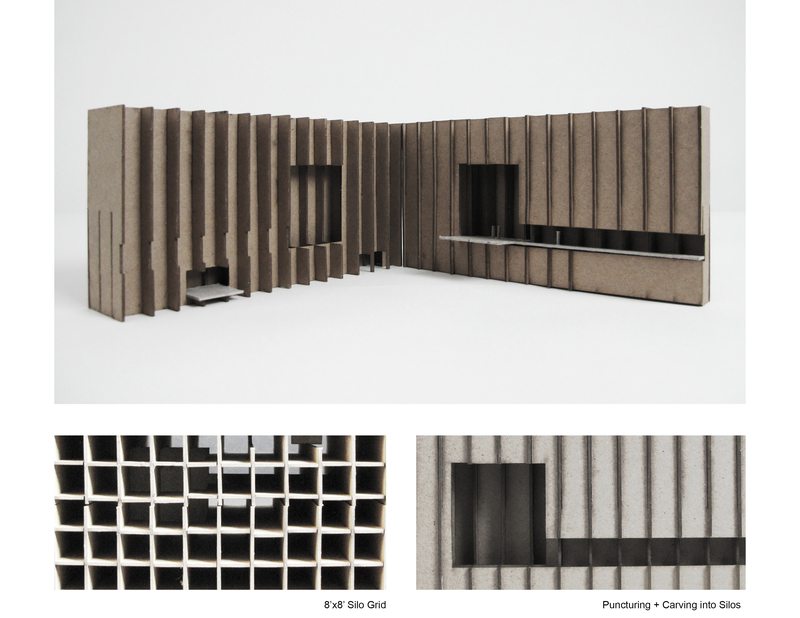 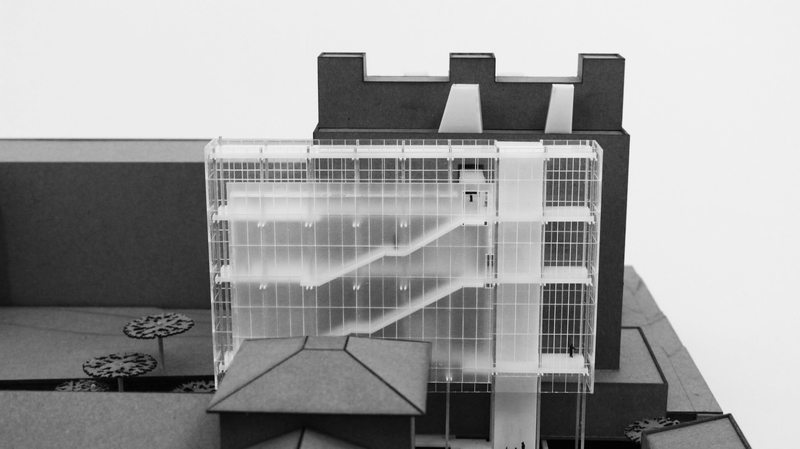 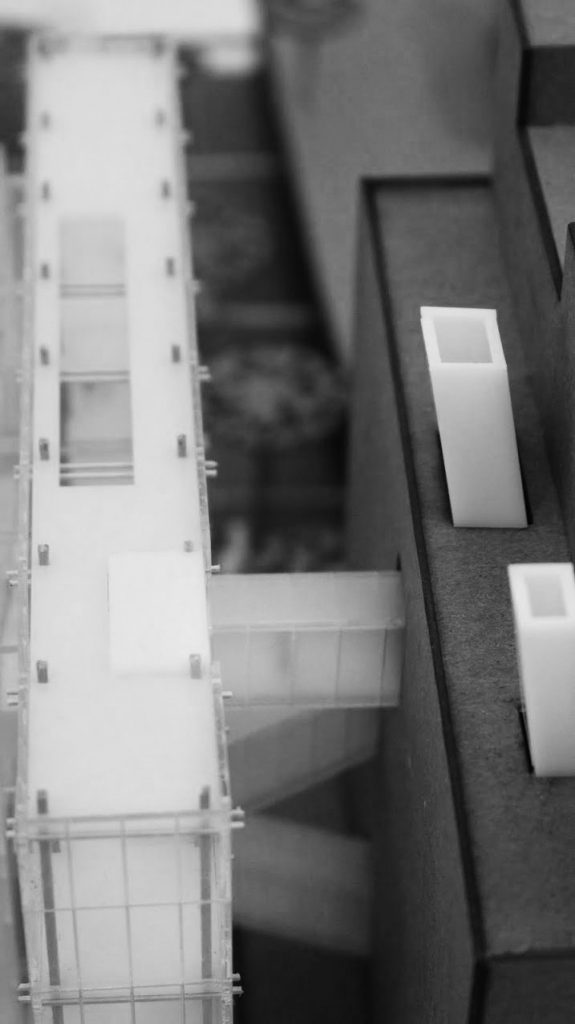 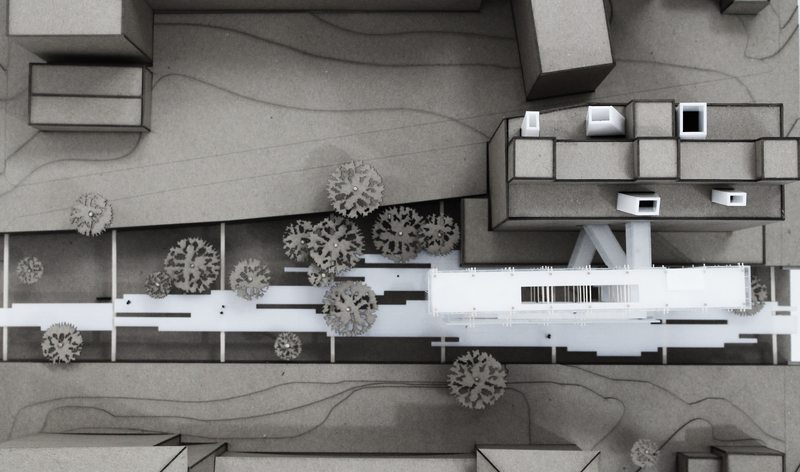 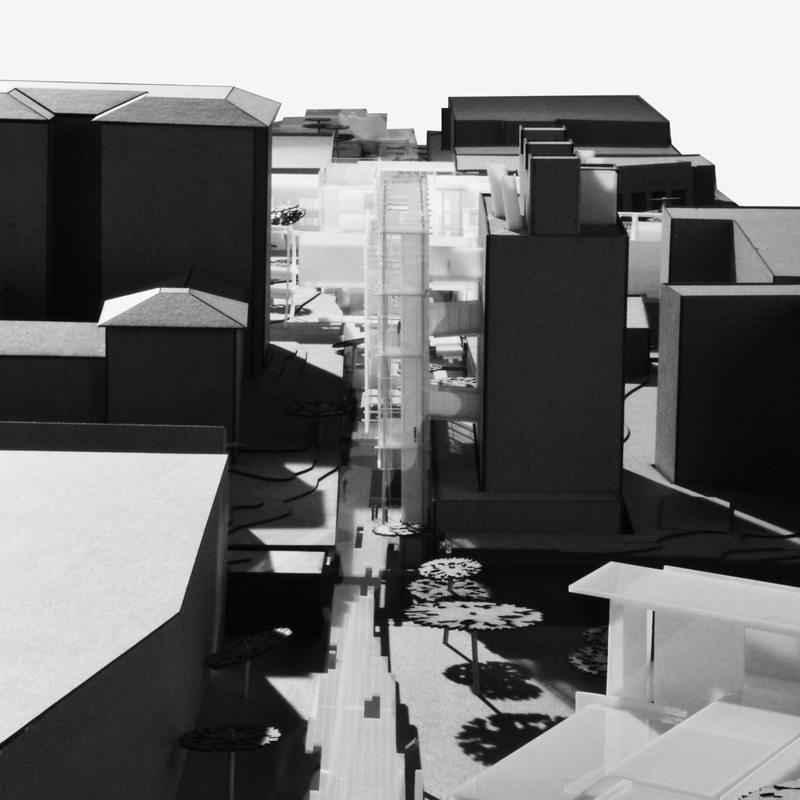 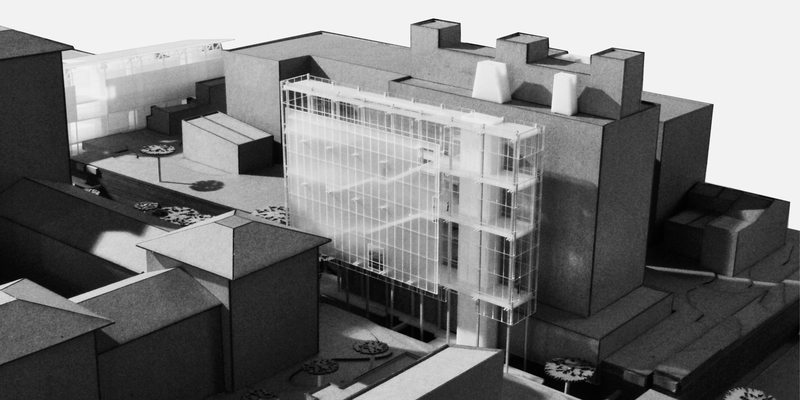 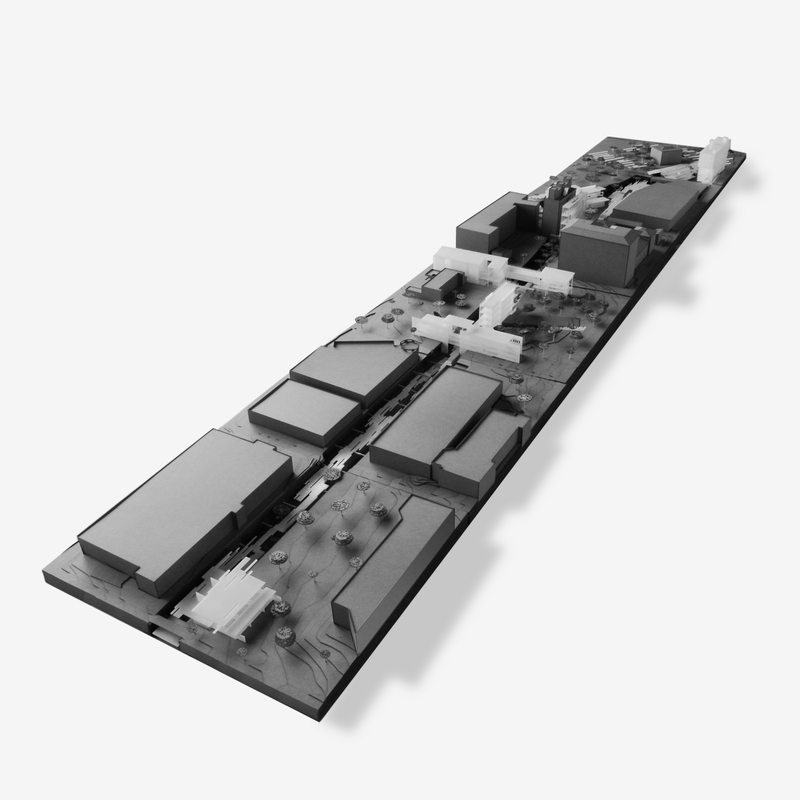 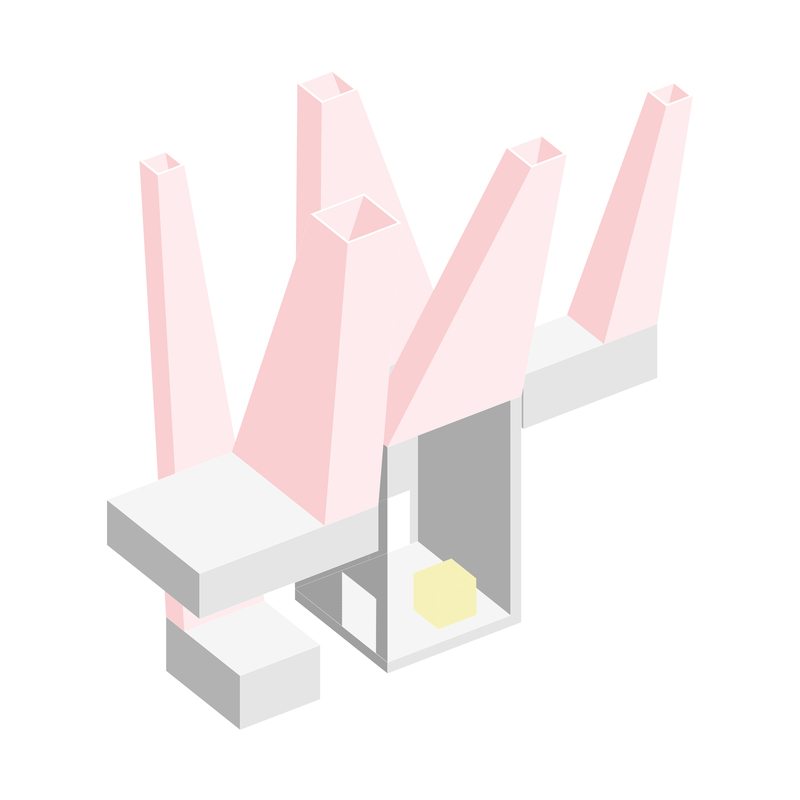 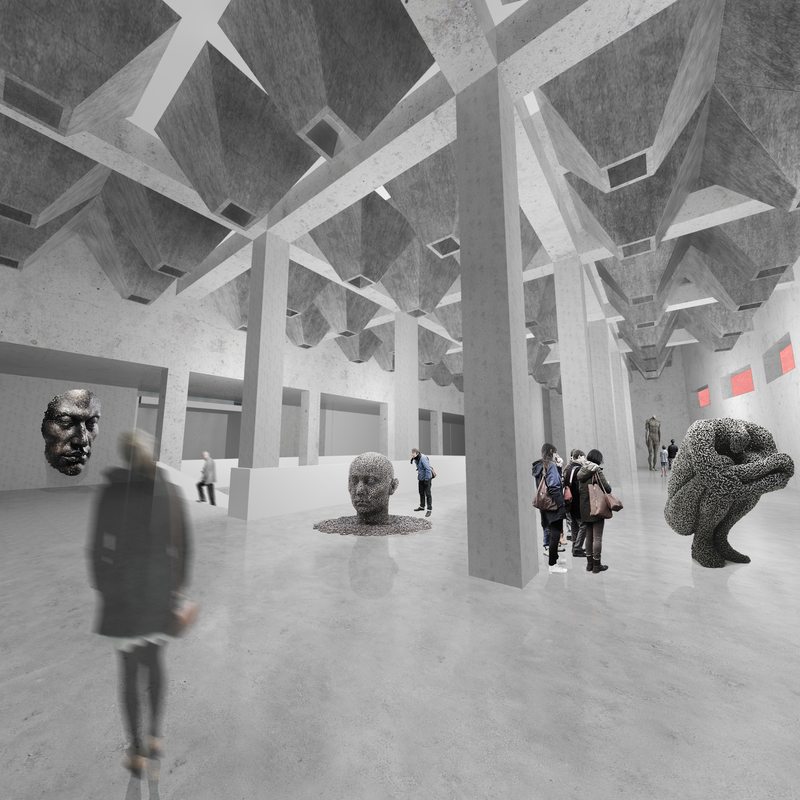 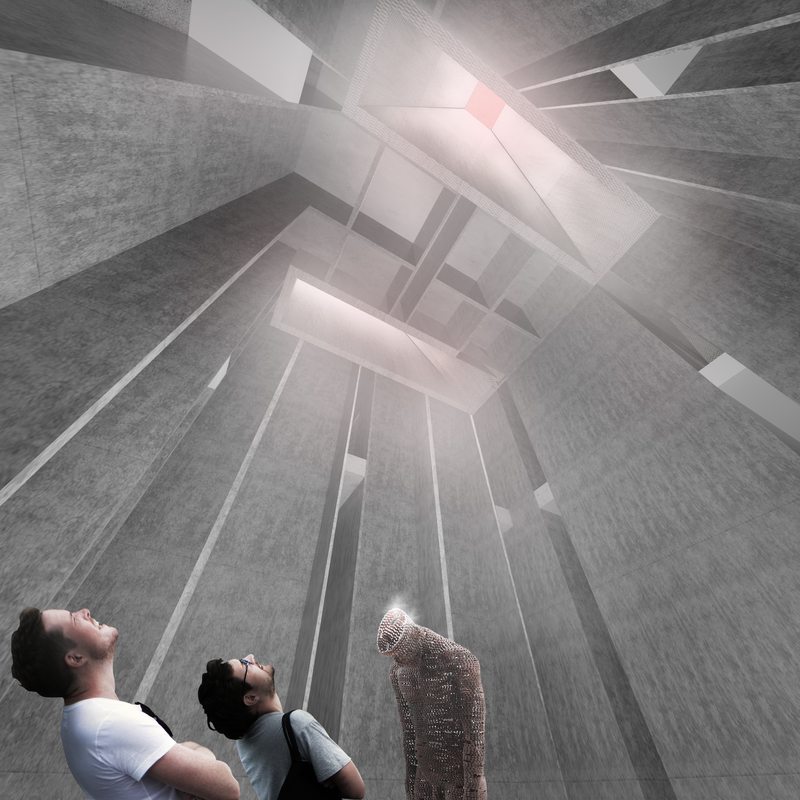 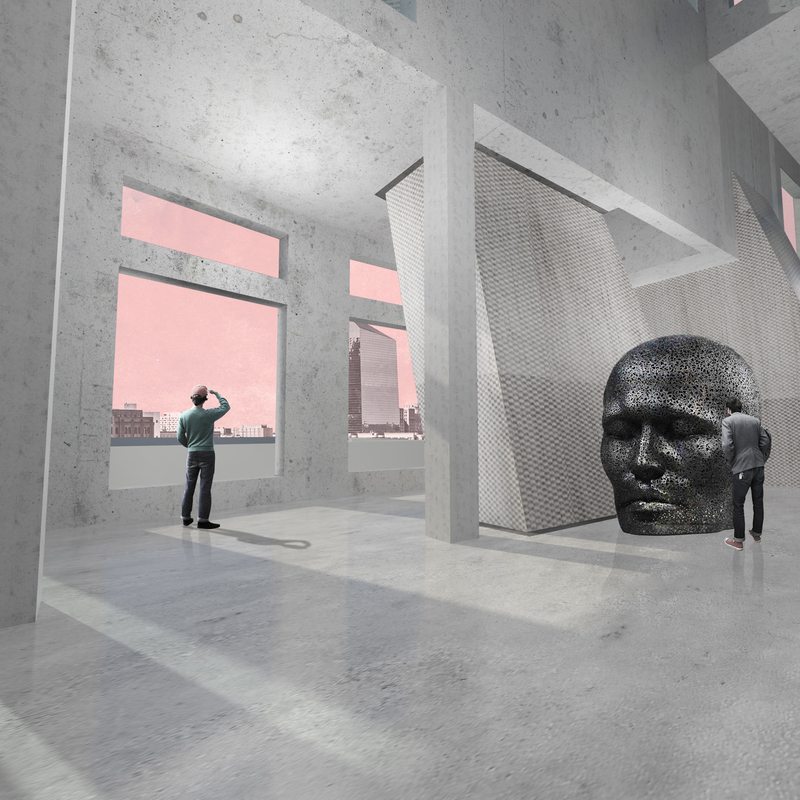