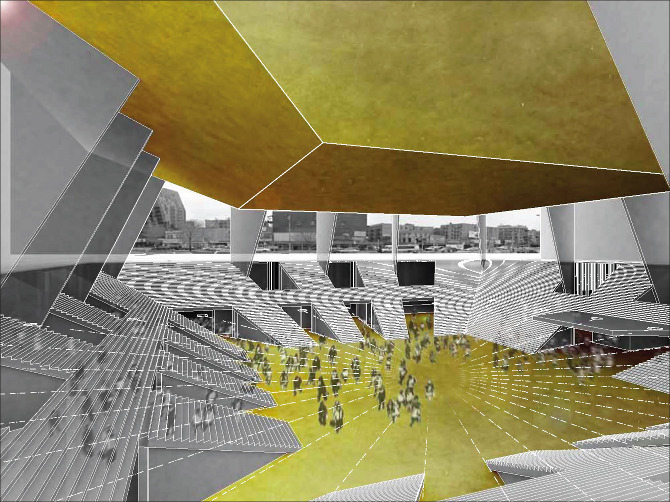 The Crater is an underground ferry terminal and transit hub on the Lower East Side. It occupies a new space in the city – the space between Subway and ferry, ground and river, public and private. The Crater explores ways in which Privately Owned Public Spaces can play a larger role in the planning, financing and implementation of large urban infrastructure projects. For this Privately Owned Public Space, I wanted to integrate the density and storefront culture of The Lower East Side into a piece of urban infrastructure. I wanted to more fully integrate commercial activity with the infrastructural city.

By extending the existing subway platform across the site, I link the subway to the new East River Canal and terminal. This extended platform serves multiple transit modes, performs as a public space and creates income for the city and adjacent building owners. This studio was part of a research initiative called Experiments in Motion conducted by the Columbia University Graduate School of Architecture, Planning and Preservation in partnership with Audi of America. The goal was to to speculate on our collective urban future and test new paradigms in the relationship between motion, mobility and design. 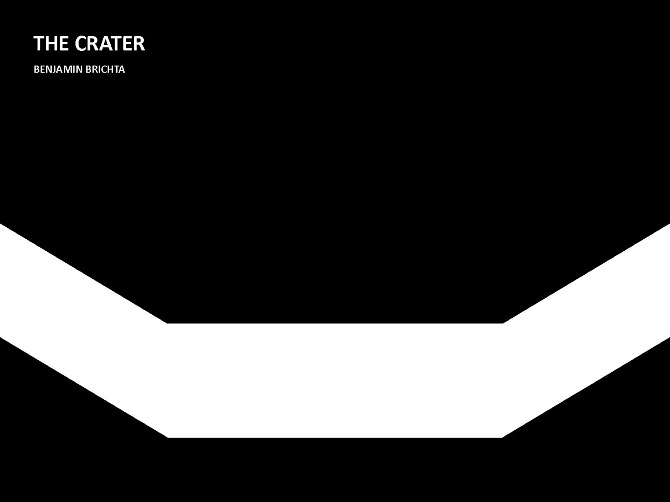 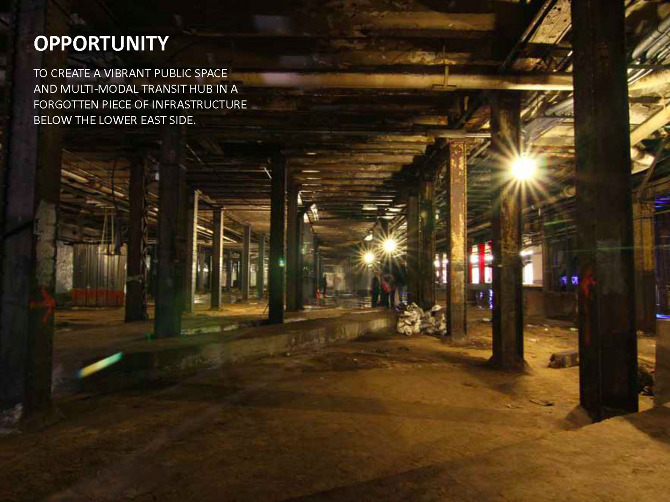 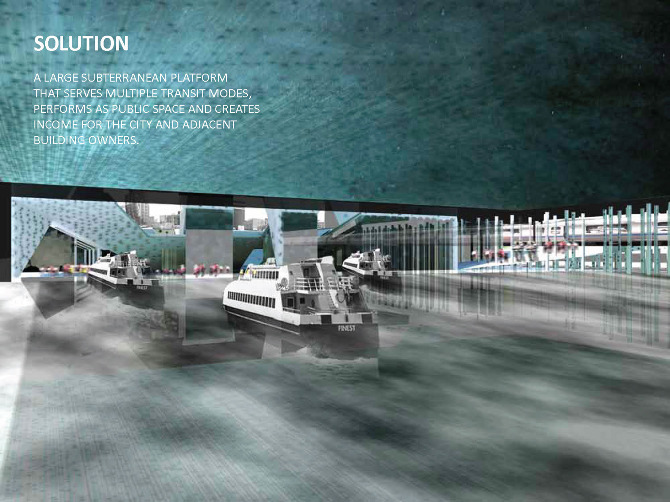 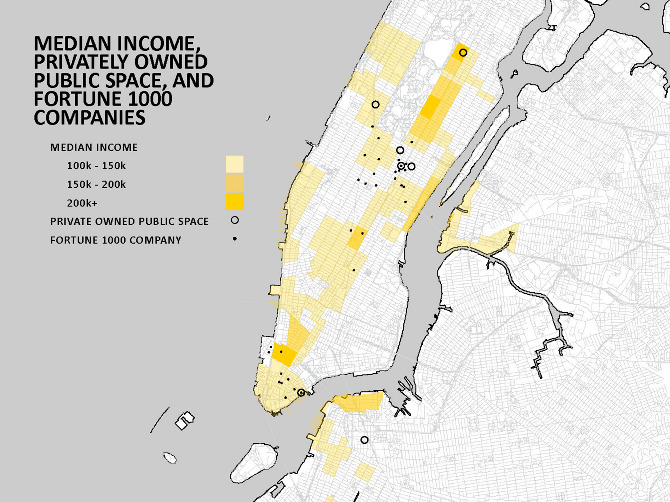 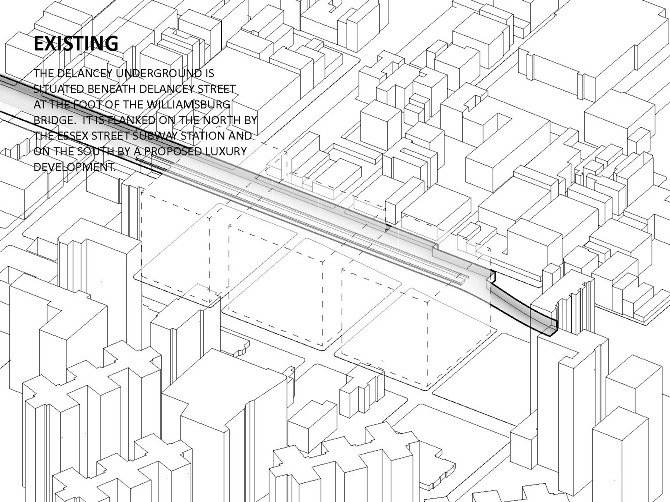 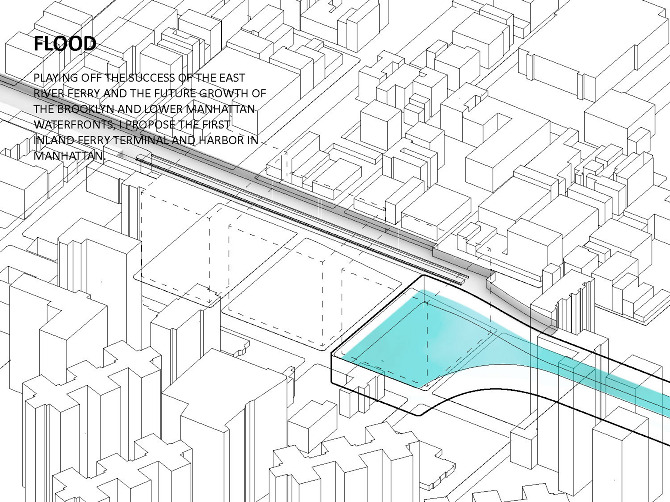 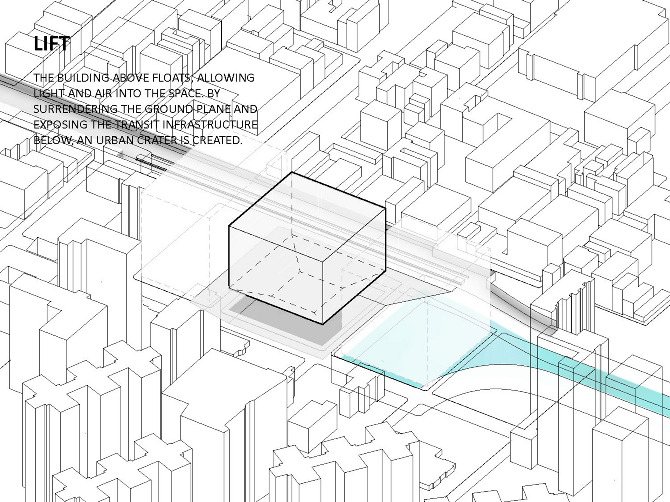 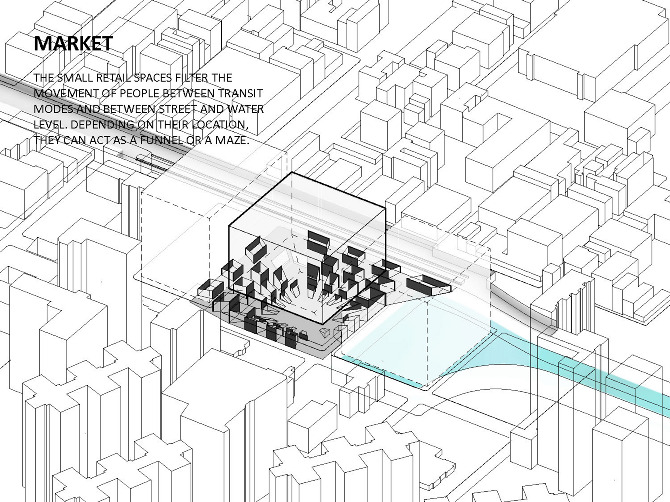 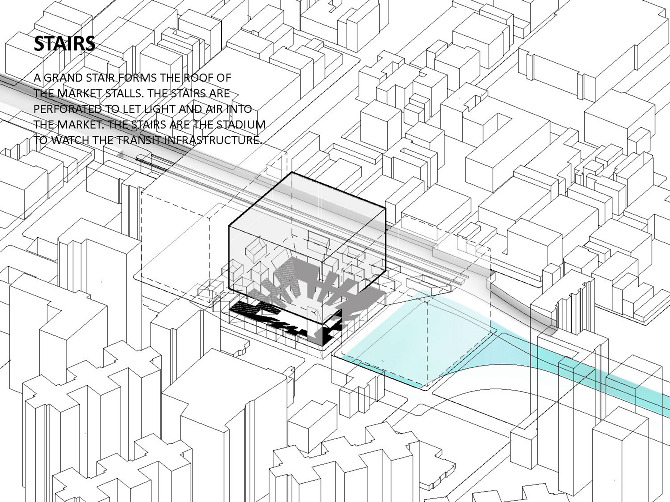 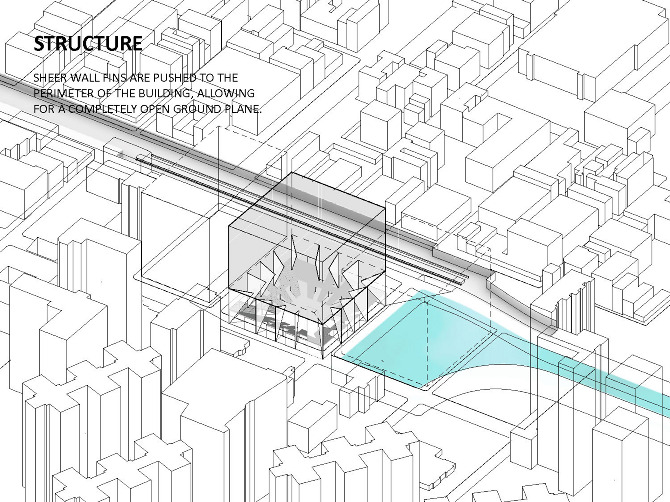 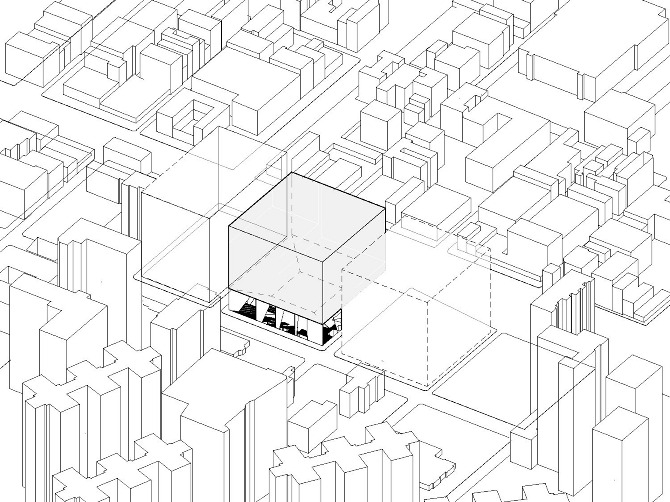 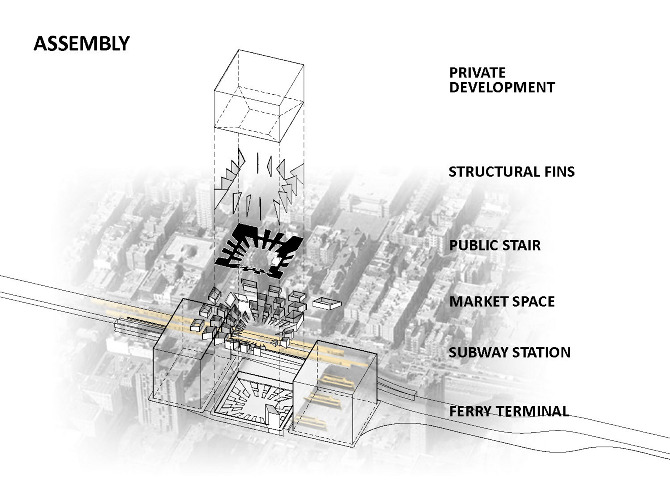 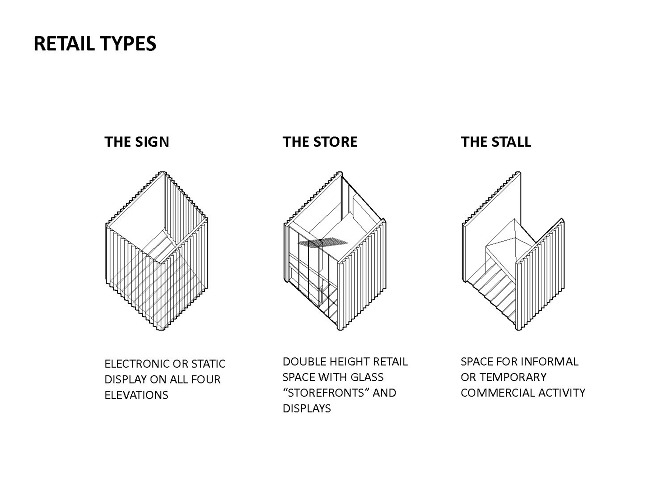 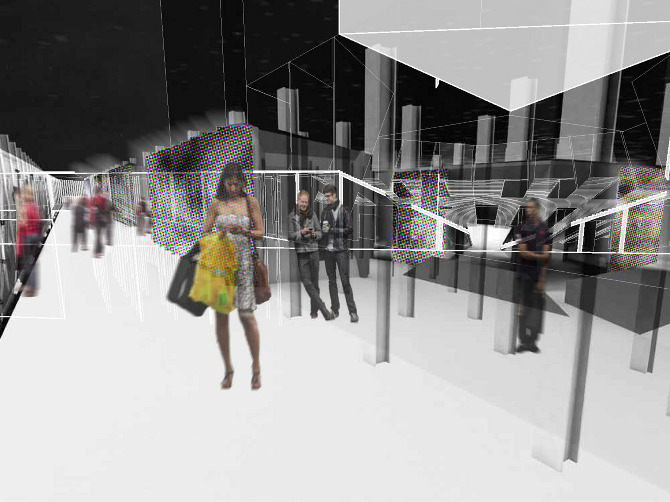