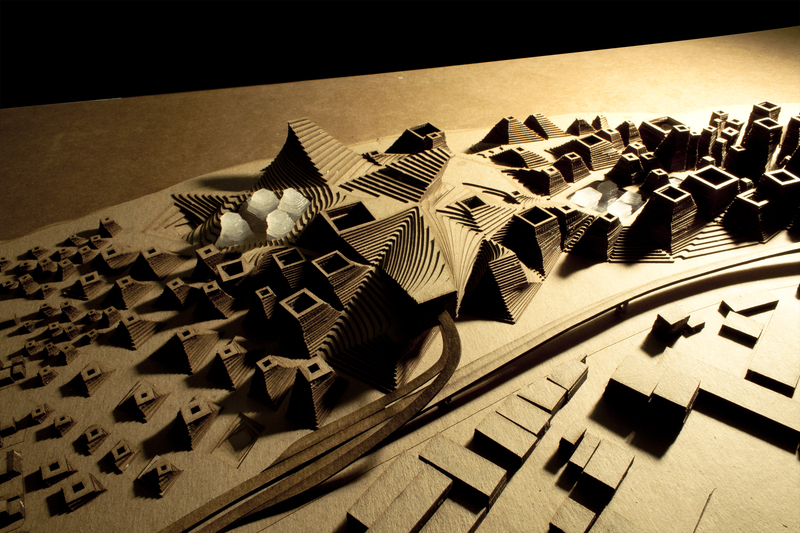 Being one of the few metropolises in the world which is still growing in population, and also having been a capitol city for more than 400 years, over-centralization of economy, industry, and culture in Tokyo reaches a certain point where it needs to find a way to decentralize its functions to reduce a risk of a possible disaster, which is estimated to have 4000 billion dollars damage. Tokyo needs a new urban model. One solution can be dividing its functions into several autonomous micro-cities. Many of large scale redevelopment in Roppongi, such as Roppongi Hills and Tokyo Midtown can be defined as autonomous micro-cities. However, as Shohei Shigematsu of OMANY criticizes them by comparing to a Bento box, those redevelopments lack of identities and thus accelerate the generalization of the city. This project is an experiment to seek a potential of the autonomous micro city by inserting a singular program in its core – fish market.

Japanese people distinguish a meat of tuna fish into three parts: Toro, Chu-toro, and Akami, and put a significantly different value on each of them. However, these three parts are fundamentally the same in the sense that they all consist of same three ingredients: fat, meat, and lean tissue. Only differences in ratio(changes of composition) of three ingredients create dramatic differences in their tastes. Each capsule of Nakagin Tower by Kurokawa is fixed in its function as a habitation unit, and plugged into a core. Metabolism treats a unit as an closed system which lacks flexibility and each of the units needs to be connected to another higher hierarchy system. As an alternative to Metabolism, this project seeks a potential of the open ended system of tuna fish that creates different qualities out of a single system. Each tubular unit is made out of tubes growing upward ,slabs, and tubes growing downward. By changing its compositions of three elements, the unit adapts to various functions of the city such as single housing, wholesale market, office…etc. This city is “Tuna Fish”. 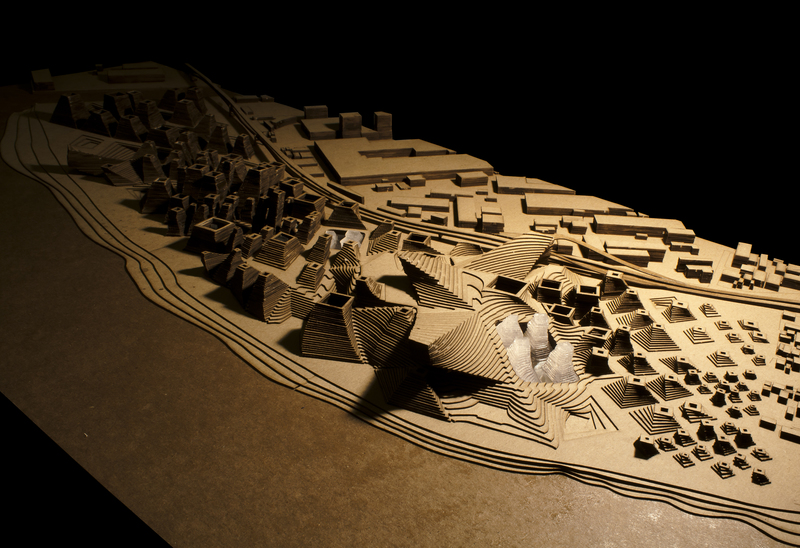 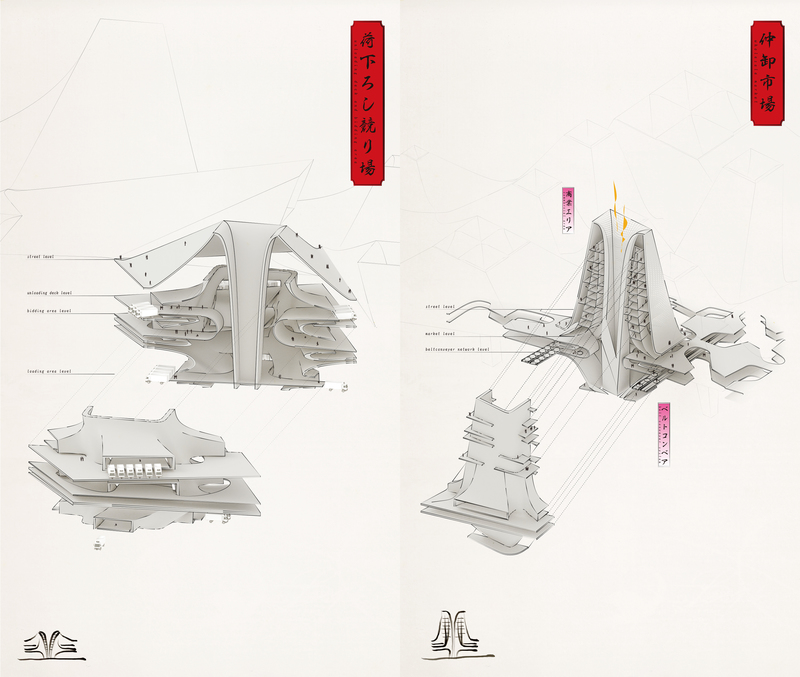 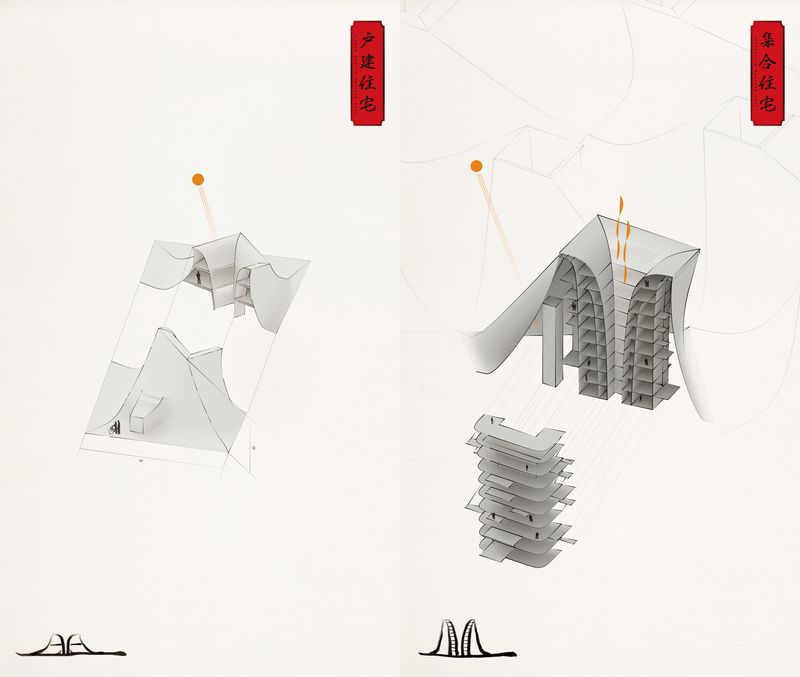 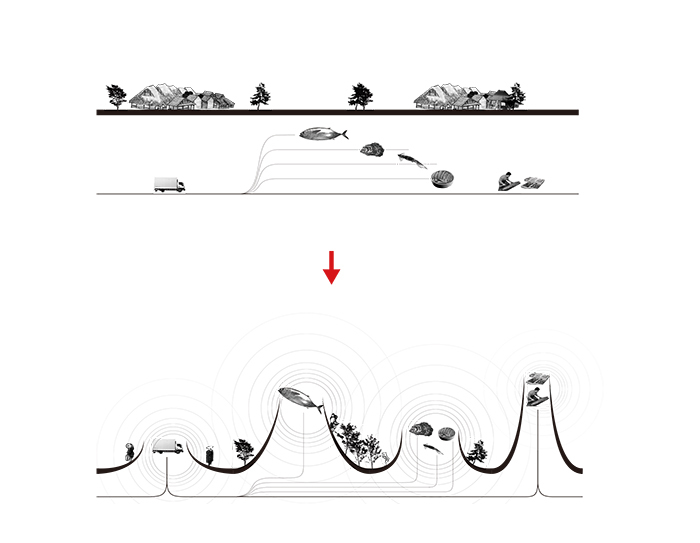 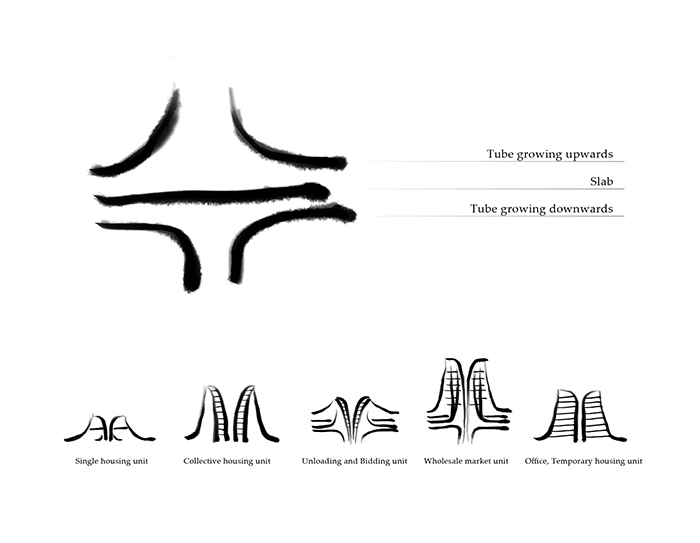 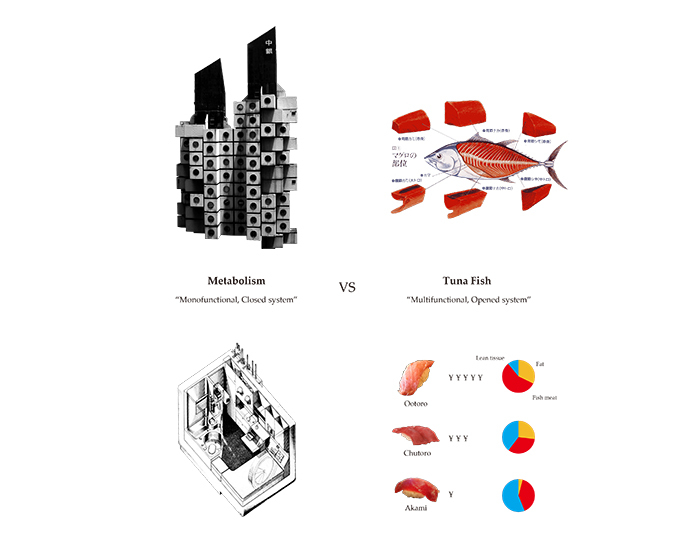 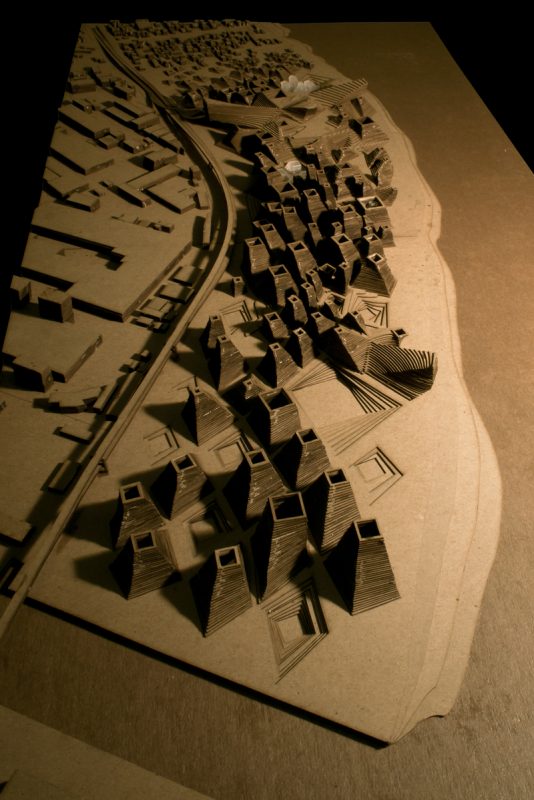 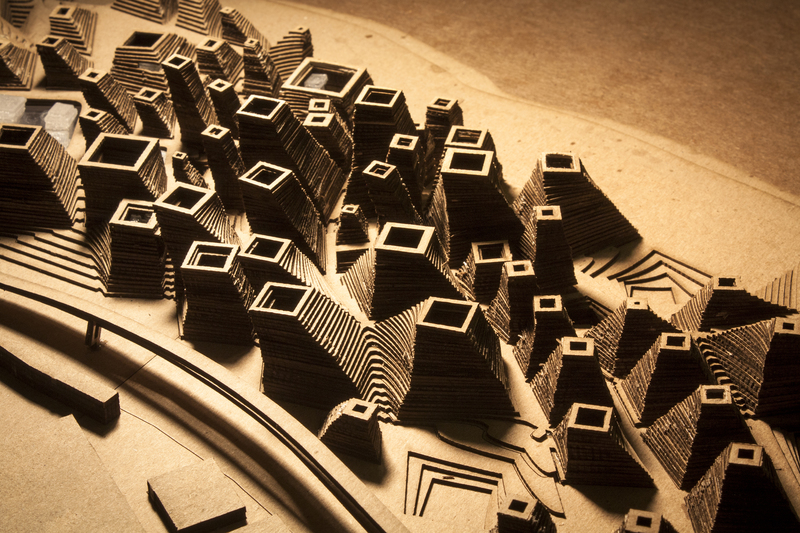