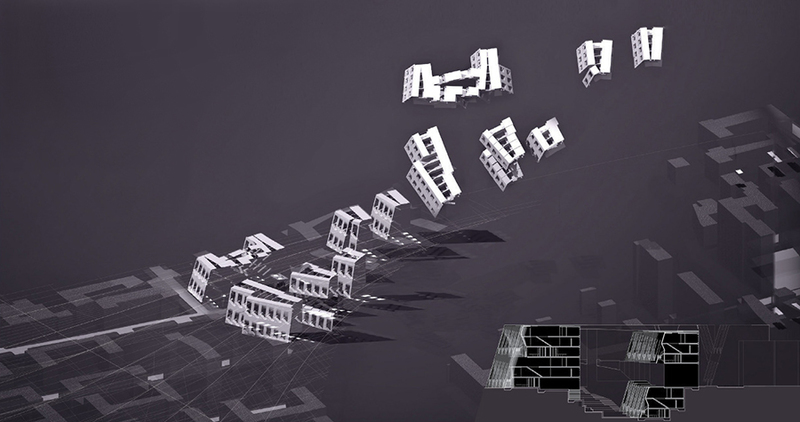 AN EVALUATION OF HOUSTON + VENICE

Houston: highly functional at the helm of commercialism, to the extent that even the city blocks are figured, certain density responds to a certain commercial block. Here the commercial is seen to be synonymous to be public, however, the people have taken it upon themselves to make their own piazzas. The perceived public, ie. the commercialism is so banal that the real public space must be subsumed by the individual. The only problem is that the public, the piazza, the swimming pool is no longer widely public but defined by the private. This insular swimming pool serves no purpose but to express the wealth of the individual, though almost half of individuals own them. Therefore, the social is idealized not in shopping malls, parking lots or supermarkets, yet pools. Residents despise sharing pools, rather only use their very own.

Venice: space based on the city’s will for expansion, wealth, image and necessity, the city’s artifact is relative to its own determination. Punctuated by singular architectural interventions, the city is not planned along the principals of cohesive spatial design. Unexpected relationships are purveyed through the system of implied coherence amongst un-implied organicism. The most formalized reference of orthagonality is spatially described in familiar terms to the remaining city fabric, the sinuous river. The city finds at once complete distance from other cities and at the same time an ability for internal-extrovertedness. Its defensive walls and 1m walking surfaces dually restrict and make way for successive open space beyond.

Both cities have polarized characteristics of land ownership and allocation of open public, semi public, and private spaces; the tendencies of the physical remnants of each city are inversely proportional to the tendencies of each city’s social atmosphere. The introduced code allows for the fabric of open space and architectural bounding to be divided into complementary zones composed of subtle and aggressive dis-junctures, all characterized by the desires for urban behavior.

URBAN CODE POSTSCRIPT
The incorporation of smoothness as well as urban dis-junctures build upon the precedent study of urban walls and variated building typologies. The two organizing principles provided evidence that an urban fabric is created from (1) a collection of building typologies that relate to one another through smooth morphological changes, and (2) top down hierarchical relationships within an urban fabric reveal anomalies in building typologies. Urban dis-junctures provide shifts in societal characteristics through the creation of unexpected relationships via juxtapositions. In this way, quotidian architectural typologies are joined, multiplying open public and semi-public spaces, reforming infrastructure, and thus embedding anomaly within the homogeneous code.

We observe that there is an identifiable scalar pattern within the surrounding context. This is both a physical artifact and representation of the cultural artifact. Further, the physical scale is indicative of a trend toward a size of neighborhood-relationship. The site is also adjacent to 3 large activity zones, each producing high population volumes over short periods of time. Because of the discrepancy between consistent residents and period shifts of high density transients, the site had remained vacant. We want to provide for both a continuation of the cultural, typically residential, fabric as well as one which caters to the periodic influx of the large activity zones. Our code provides for both via its ability to construct varying scales of urban fabric, thus supporting the behavioral discrepancies between the vastly different groups. The advantage to the code is the transition. Both populations (residents and transients) benefit from or to share resources, ie. retail, open public space, and infrastructure. These shared zones, or blurred perimeter conditions, are flexible in size, degree, and scale, each determined by: one, the amount of disturbance desired within the infrastructure and two, programmatic association of the blur.

The characteristic of the blurred perimeter conditions is charged by the ability for a simple operation initiated by the desire for an urban behavior relating to program, density or environment, to construct a series of, or slight alterations to, the framework of what was inherent in the surrounding urban form. The re-formulation produces (1) shifts in public, private, open and enclosed spaces and (2) abrupt juxtapositions of existing building typologies, previously not combined, which drastically change the usage of infrastructure to open space, while remaining consistent with the representation of the existing cultural artifact. 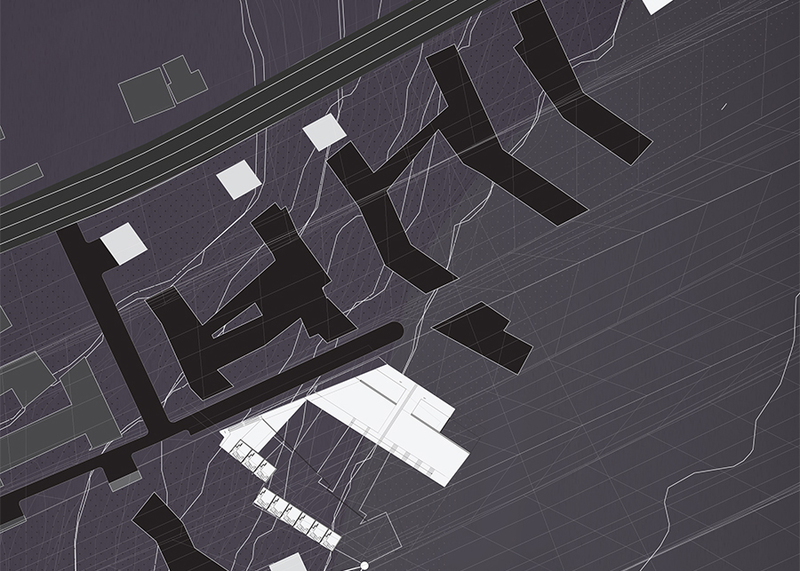 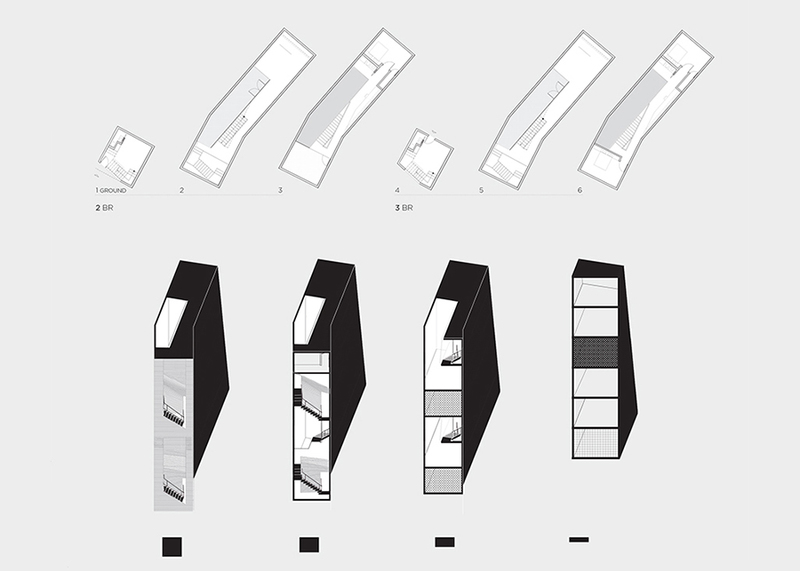 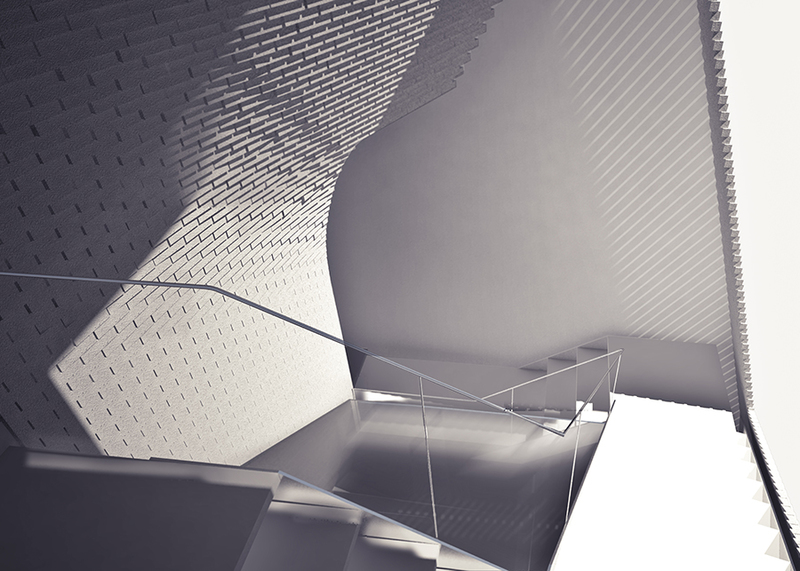 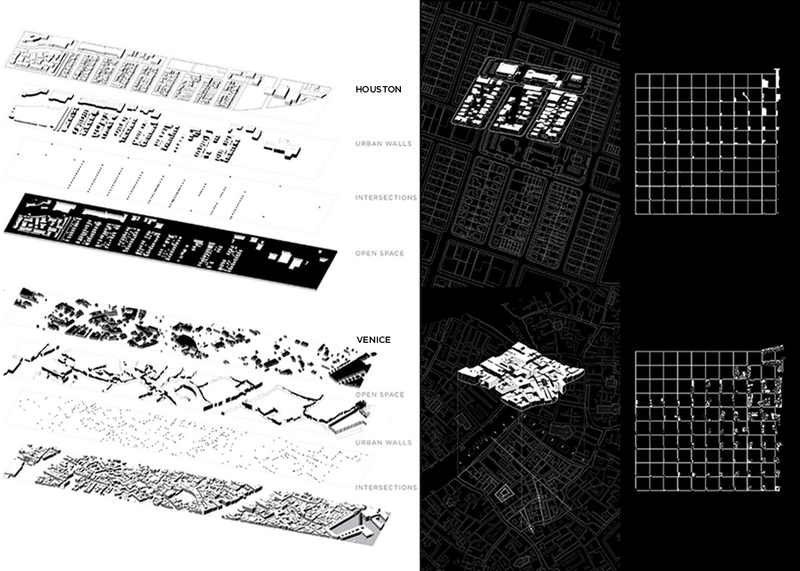 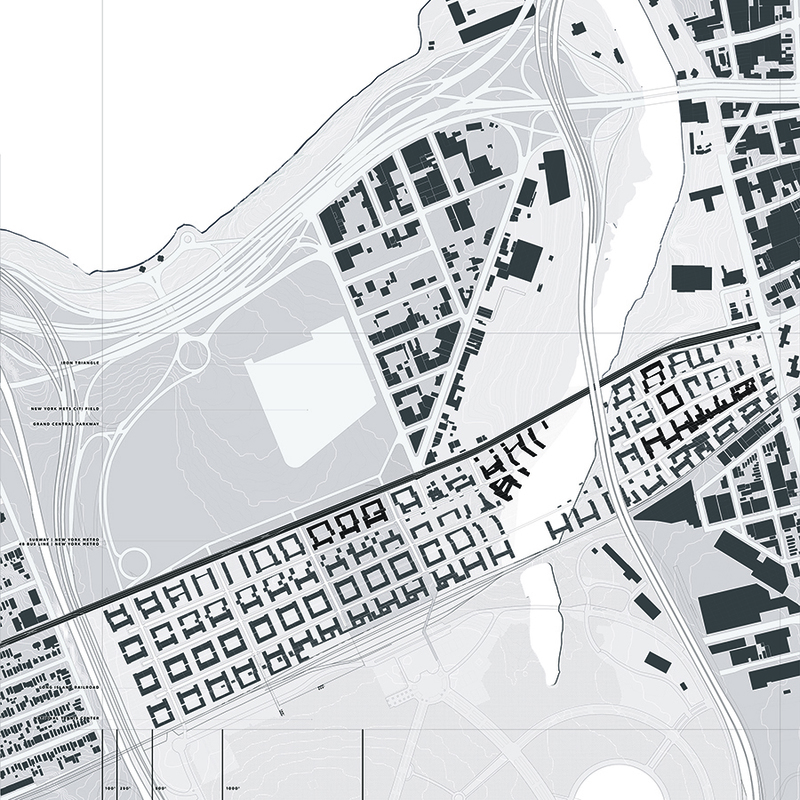 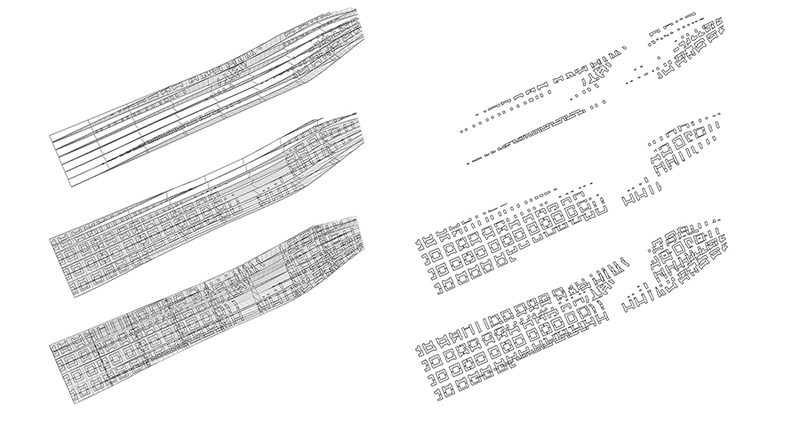 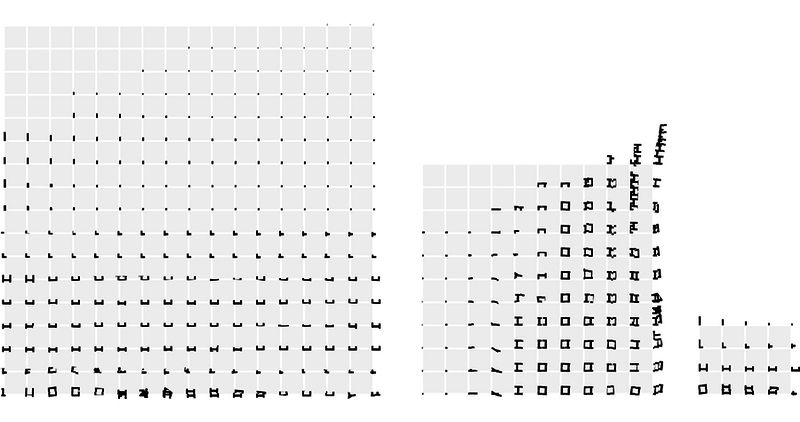 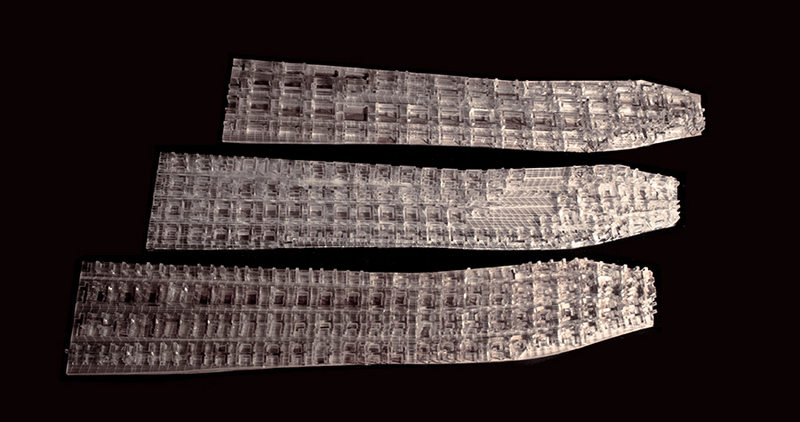 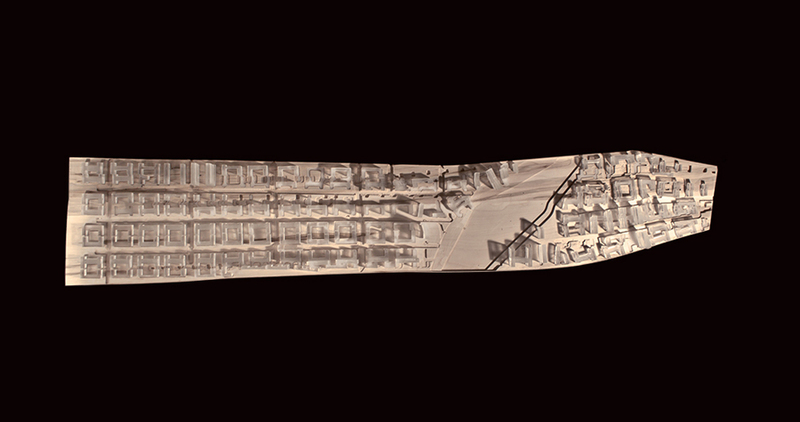