The mega plot is an efficient mechanism for rapid urban development yet it alters the notion of the city as we know it, removing its socio-political dimension and commonality. In China, generic high-rise towers that populate large plots of land are replacing the intricate and densely rich urban fabric. This approach to urban design creates objects within a field that stand as an emblematic reminder of economic success, power and modernity. However these towers create a fragmented ground condition that does not relate to its context thus creating large urban islands.

Our project is a critique on the mega plot’s autonomous relationship with the city. By highlighting the posture of intimacy, thinness and specificity, we propose a series of wall blocks that create an egalitarian mat condition throughout the field to create a new porous space on the ground, a screen of vitality. The configuration and relationship of the individual buildings organize the interstitial spaces between, creating a series of thresholds, pocket parks and civic programs. Our project rejects the dominant structures of the mega plot by inserting it into its center. This idea of re-scaling of the city leads to the creation of an urban sift slowing down the speed, defining moments, and overcoming the boundaries created by the mega plot. 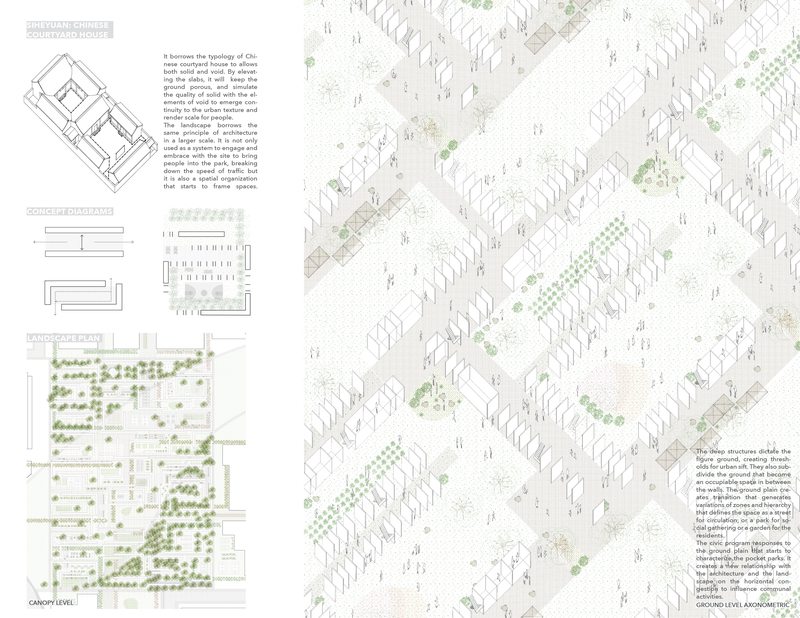 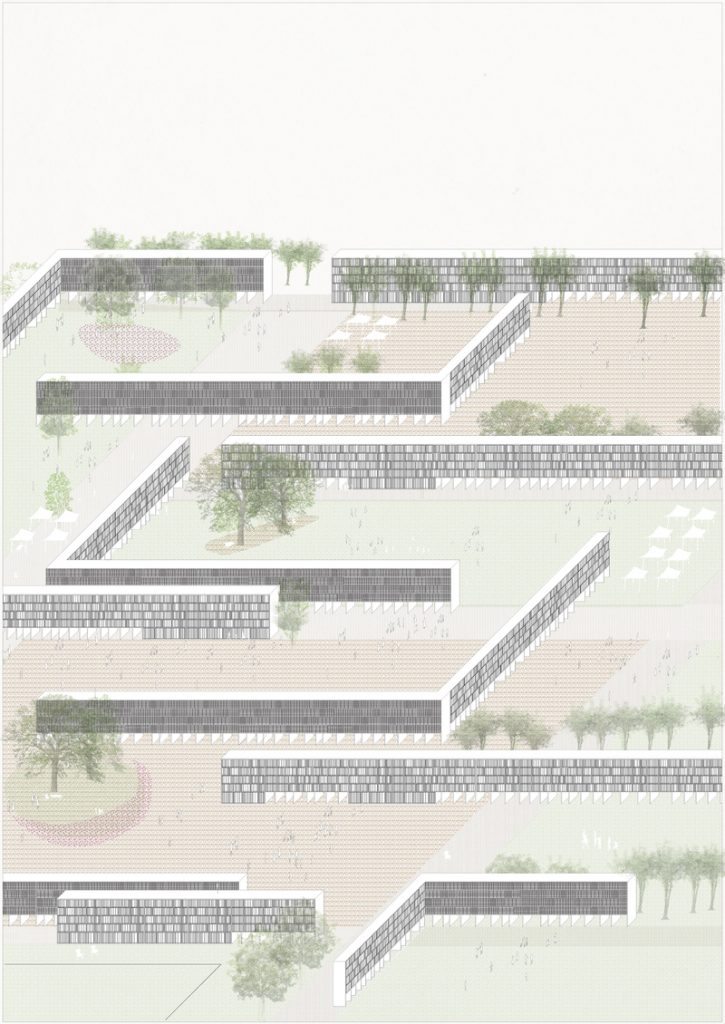 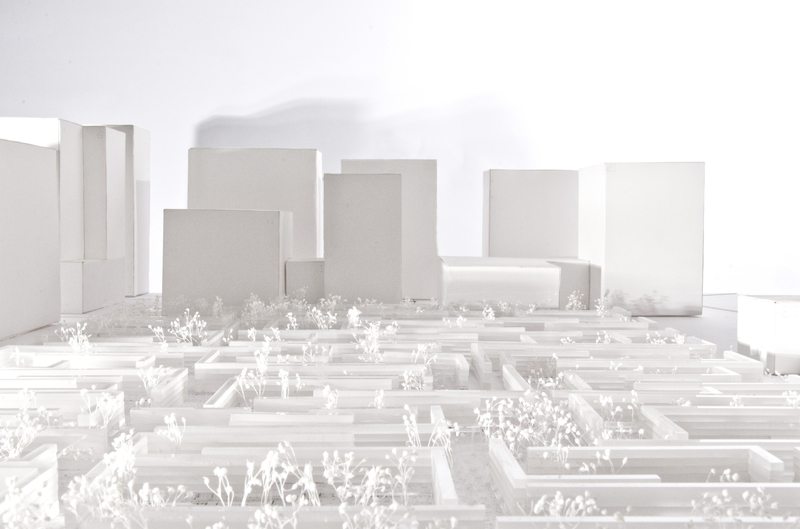 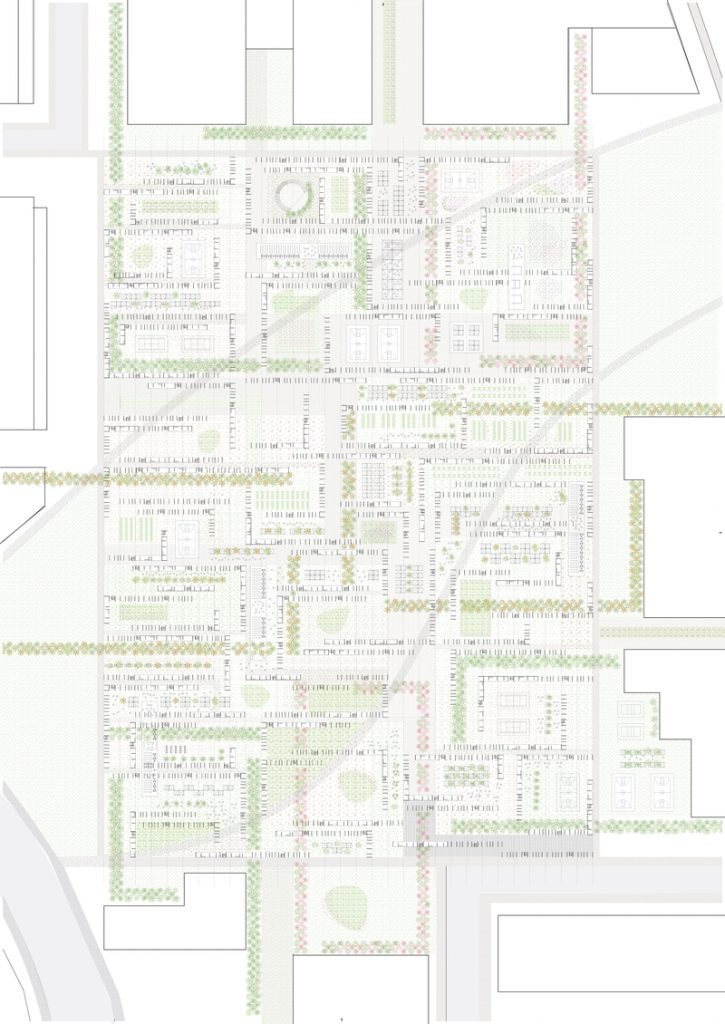 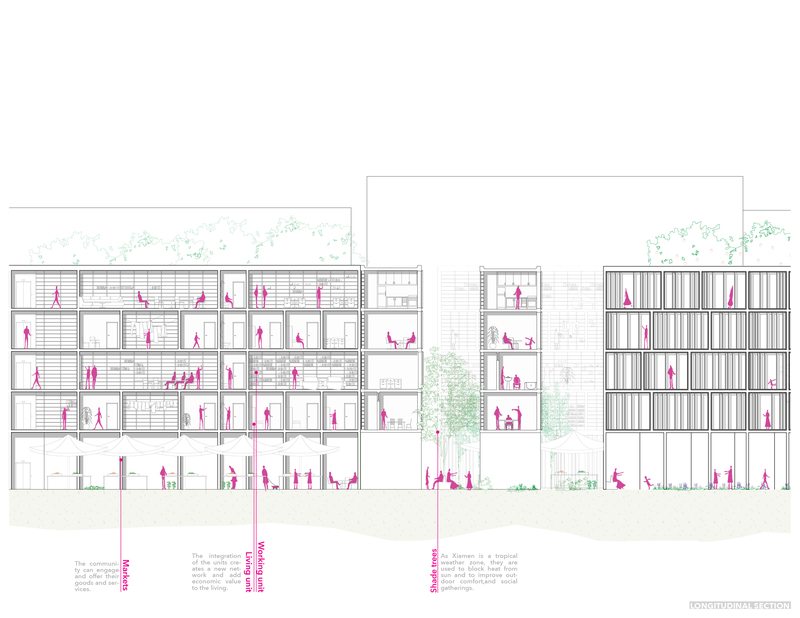 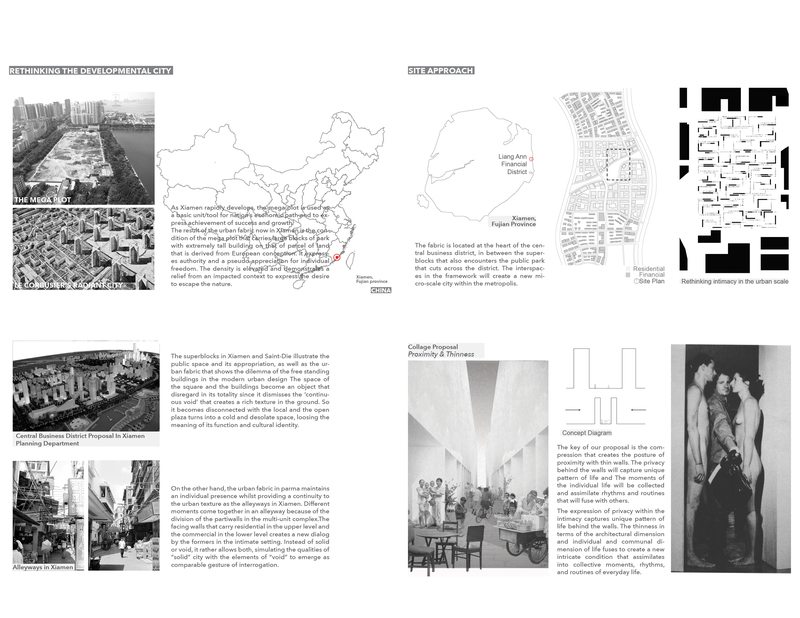 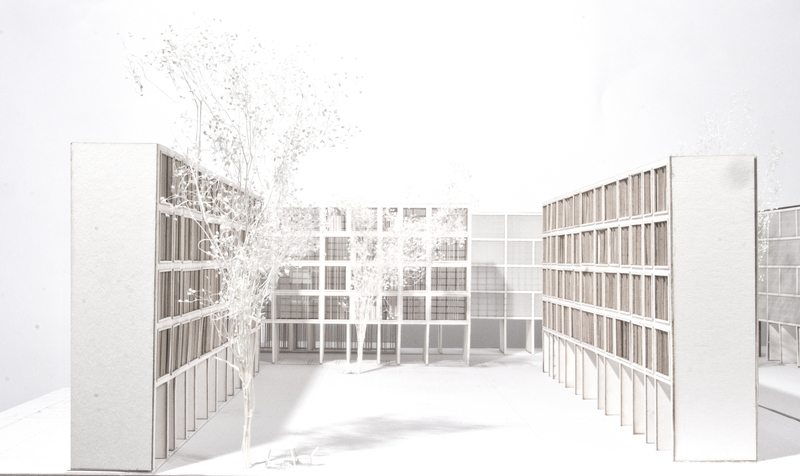 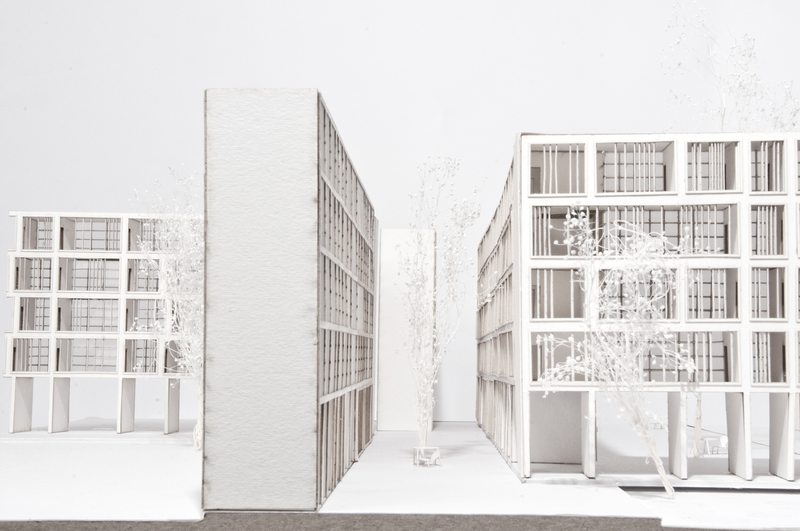 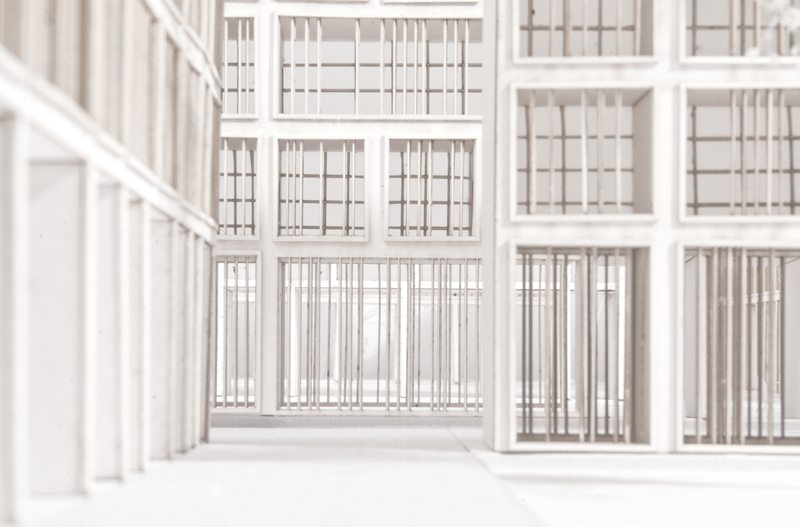 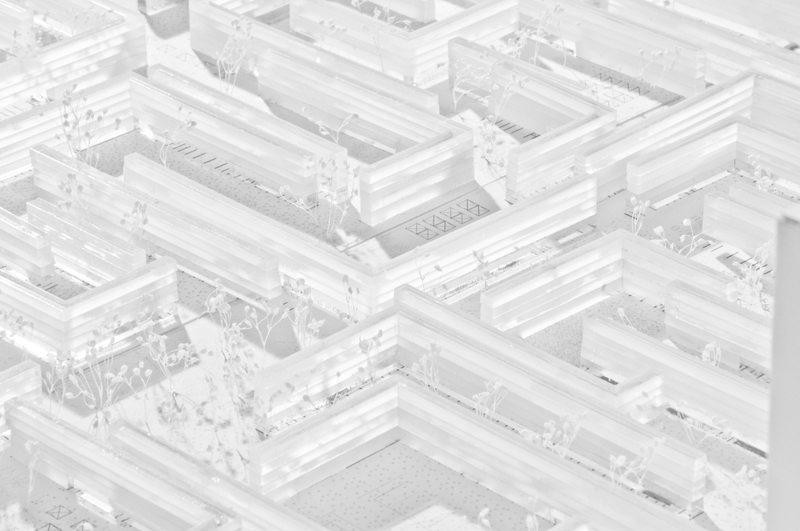