The Three Jewels of Buddhism

Located in a pocket of green in Melbourne’s suburb of Narre Warren, the monks of Yun Yang Monastery called for a new ‘vision’ for their temple complex. Thus, the idea for the new complex is to transcend traditional Buddhist temple typologies and instead, infuse the ideals of Buddhism into the built form.

This is done through embodying of the three Jewels of Buddhism into the built form. the three different states of refuge are defined by:

The arrangement of these buildings is designed to create a journey of enlightenment through the complex. Like a musical score the rhythm of the circulation is puntuated by the three Jewels and their play on the dualities of:

This creates a journey, which allows the visitor to form intimate relationships to the spaces within the complex and ultimately creates an architecture that fuses space, matter and time, enlightneing the occupant and guiding them to ‘Nirvana’. 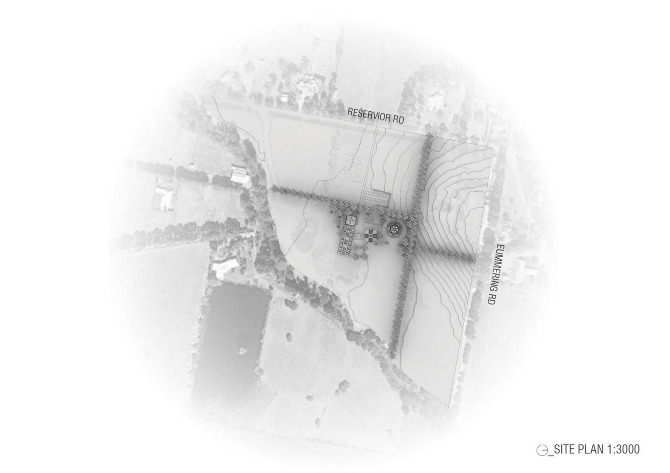 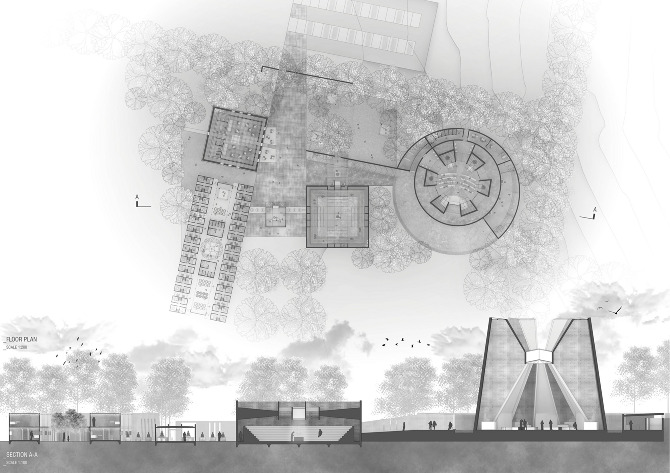 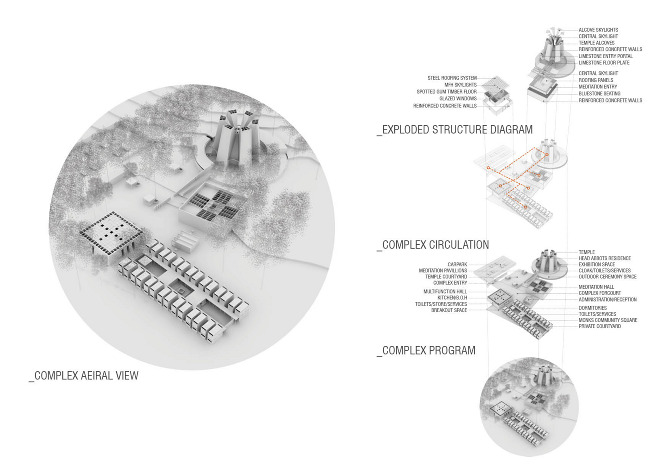 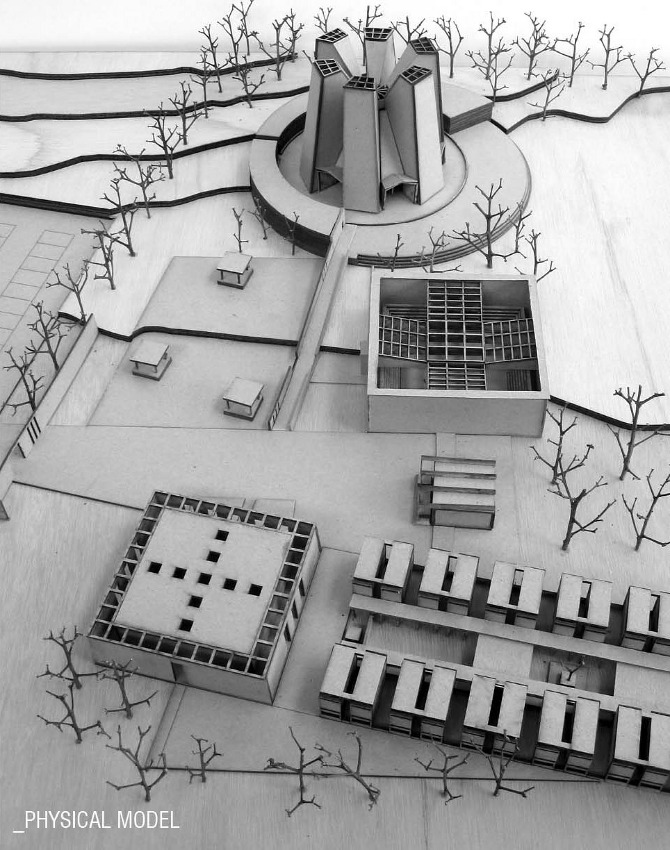